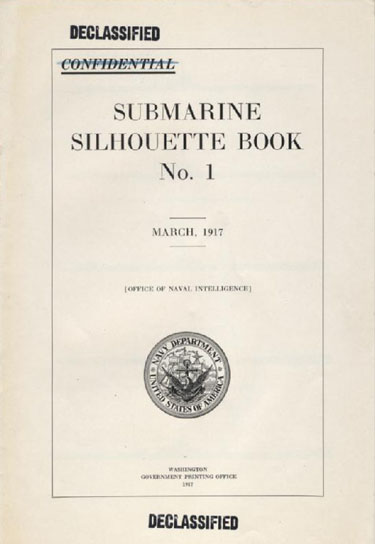 Masts, ventilators, and exhaust funnels are hinged or telescopic, and may be either up or down when the vessels are on the surface. One or both of the guns may be housed.

A German submarine has been seen underway, submerged to base of conning tower, with her masts up.

The block sketch of German submarines, class U. 26 to U. 32, may be accepted as perfectly reliable, being derived from a recent photograph, except that gun may now have been removed. The silhouette of U. 53 is reliable.

Alterations, particularly as regards periscopes and exhaust funnel, may have been made in some of the earlier classes since the outbreak of war. 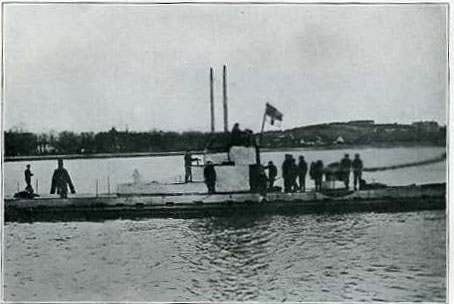 German submarine cruising on the surface. 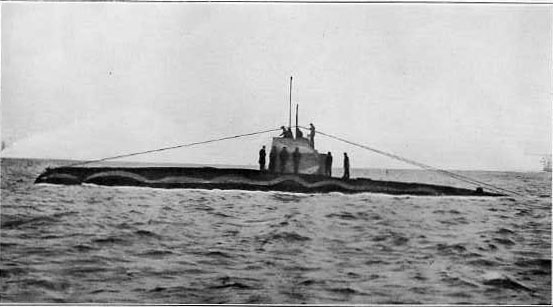 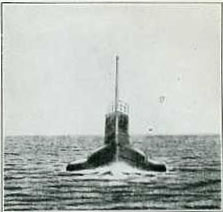 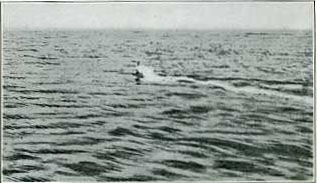 Submarine submerged.
Only one periscope showing.