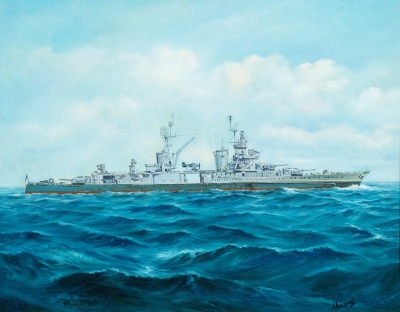 Captain Charles B. McVay, III, U.S. Navy, was tried on December 3-19, 1945, by a Naval Court Martial composed of seven members. His trial followed the sinking of the USS Indianapolis by a Japanese submarine and was based upon two charges: First, Inefficiency in failing to issue and insure the execution of orders for the abandonment of the USS Indianapolis: Second, Negligence in "Suffering a Vessel of the Navy to be Hazarded" by neglecting and failing to cause a zigzag course to be steered when visibility conditions and information concerning enemy submarines required him under current United States Fleet Tactical Orders to zigzag in order to minimize the danger from submarine attack. Captain McVay was acquitted of the first charge and therefore was cleared of responsibility for the loss of lives incident to the abandonment of the ship. He was convicted of the second charge. He was neither charged with, nor tried for, losing the Indianapolis. The sentence imposed by the court decreed the loss of one hundred numbers in his temporary grade of Captain and one hundred numbers in his permanent grade of Commander. In view of his outstanding previous record, the court unanimously recommended clemency.

The proceedings, findings and sentence were found legal by the Judge Advocate General and were approved by the Chief of Naval Personnel. This approval, however, was accompanied by the recommendation that in view of Captain McVay's excellent record and the unanimous recommendation for clemency by the court, the sentence should be remitted and he should be restored to duty. Fleet Admiral King, Commander in Chief and Chief of Naval Operations at the time of the disaster in July 1945, concurred in the recommendation by the Chief of Naval Personnel. Secretary of the Navy James Forrestal has approved these recommendations and has remitted the sentence of Captain McVay in its entirety, releasing him from arrest and restoring him to duty.

Captain McVay has a record of capable and gallant service to his country. During World War II he had extensive combat duty; he received numerous commendations and the award of the Silver Star Medal for heroism in action and the Purple Heart Medal.