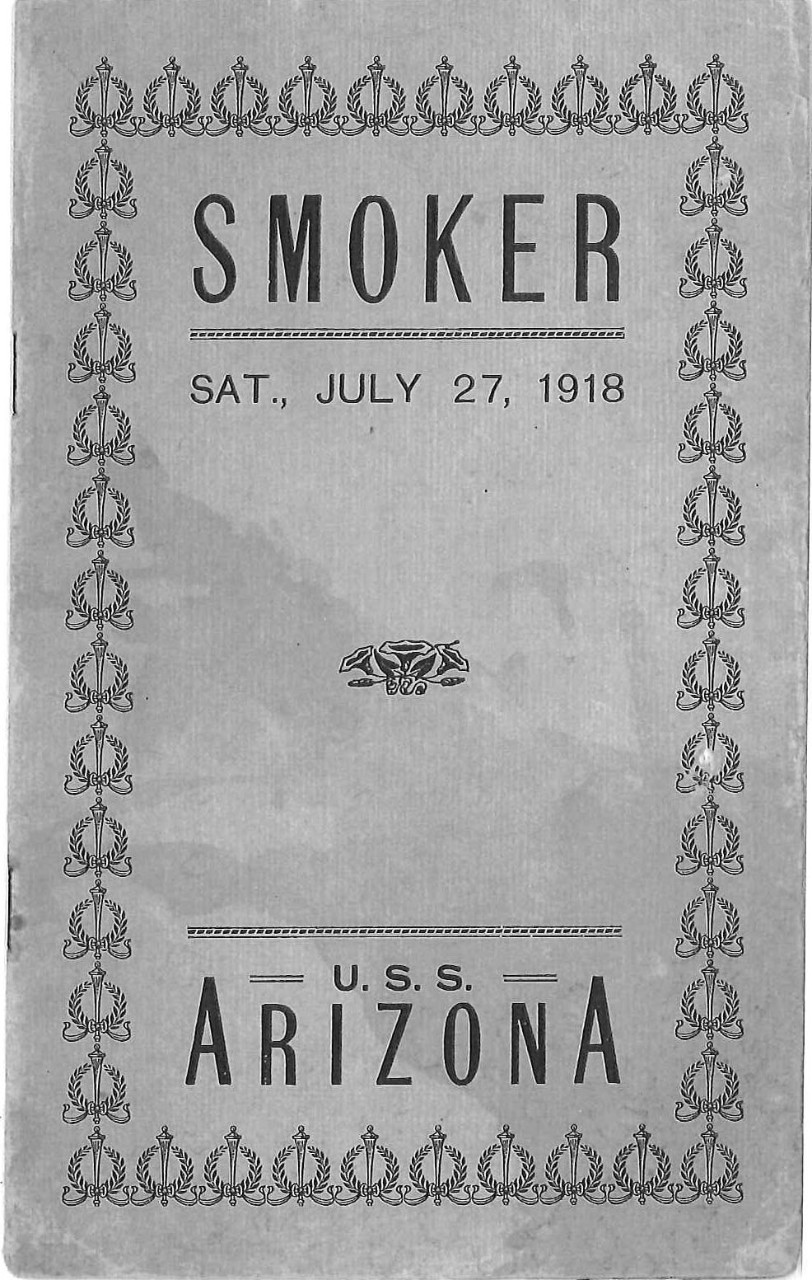 At the gangway check your troubles,

And adopt a happy smile;

For a smile is catching always,

And you’d better get in style.

As you watch the fights and frolics,

And you smoke and smile-yet stay !

Which is raging miles away!

Cast your eyes about you shipmates!

See those ships and mighty guns!

Think how John Paul Jones would use ‘em,

Were he here to fight the Huns!

Every war we’ve had, our Navy

Helped to win by something BIG!

Let us roast the German Kaiser

As we would another PIG!

Let us make good our traditions,

And establish some quite new!

Make our people see a hero,

When they see a man in BLUE!

Gobs are known as chronic kickers,

At the food and drill they shout;

Let us change this style of kicking,

And we’ll kick the Kaiser out!

Some of us may die while fighting,

Who can name a better way?

But we’ll leave them some remembrance,

Of the day we hit the fray!

Let us go to battle smiling,

And you bet your life we’ll win;

For they call the fellows hell-cats,

Who can fight and wear a grin!

And when the battles all are over,

And the troops come home from war,

And the mothers, wives, and sweethearts,

Wash away the dirt and gore-

Make their eyes with tear-drops glisten,

When the Navy men go by!

Let us leave on History’s pages,

Records that will NEVER DIE!

JUST A BABY’S PRAYER AT TWILIGHT

I’ve heard the prayers of mothers,

Some on them old and grey,

I’ve heard the prayers of others,

For those who went away,

Oft times a prayer will teach one

The meaning of good-bye,

I felt the pain of each one,

But this one made me cry.

The gold that some folks pray for,

Brings nothing but regrets,

Some day this gold won’t pay for,

Their many life long debts,

Some prayers may be neglected

Beyond the Golden Gates,

But when they’re all collected;

Here’s one that never waits.

Just a baby’s prayer at twilight,

When lights are low,

There’s a mother there at twilight,

She climbs up stairs,

Quiet unawares, and says her prayers,

“Oh! kindly tell my Daddy that he musts take care,”

That’s a baby’s prayer at twilight,

For her Daddy “over there.” 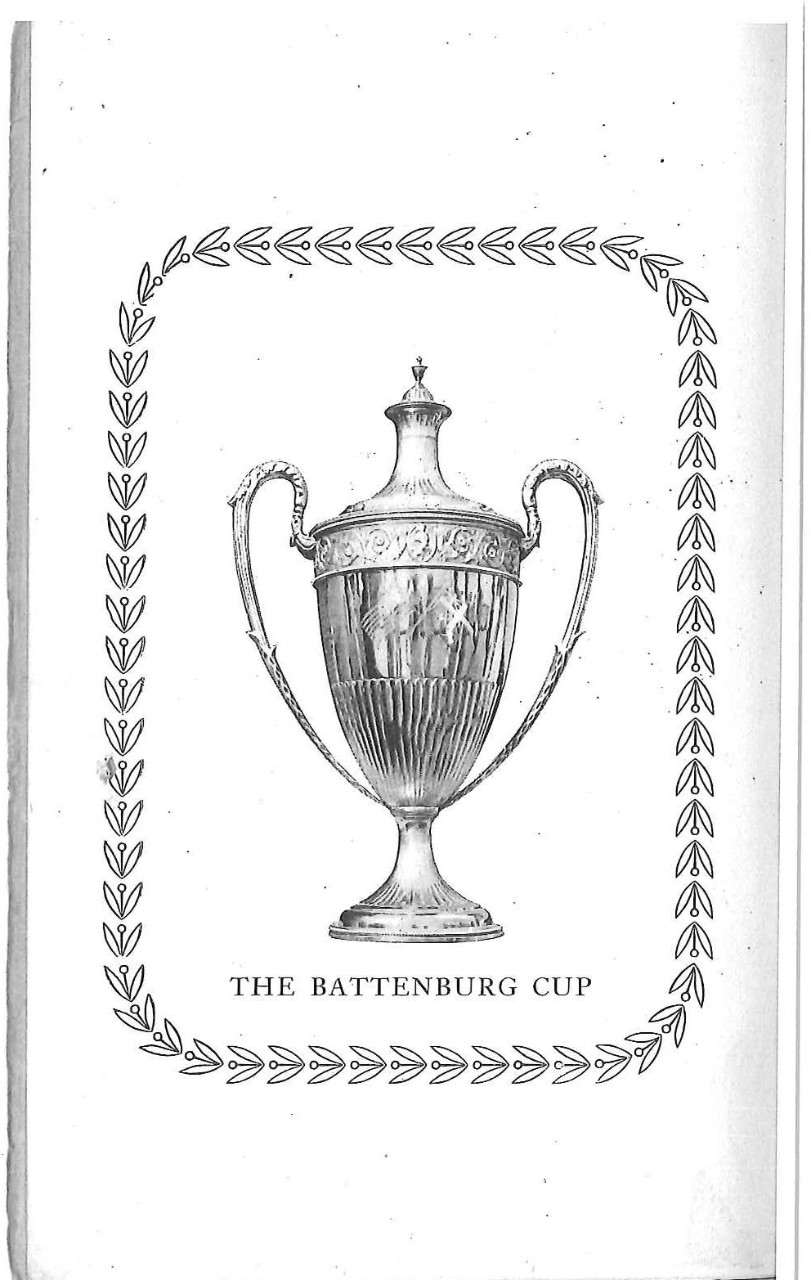 The Challenge Cup was originally presented by Prince Louis of Battenburg ; and is the premier racing trophy of the American Navy. For the past two years it has been held by the U. S. S. Nevada.

The Battenburg Cup has been raced for and won twenty-two times.

THE RACE-BOAT CREW OF THE U. S. S. ARIZONA

Your light of freedom will guide us across the sea,

Every soldier’s mother drying her eye

Cheer up we’ll soon be there,

Vive Pershing is the cry across the sea,

We’re united in this fight for Liberty,

Whose deeds and fame we cannot forget

Now that we have the chance,

We’ll pay our debt to France.

It won’t take us long,

Don’t you worry while we’re there,

It’s for you we’re fighting too,

We’re going too square our debt to you.

Oh, say, can you see, by the dawn’s early light,

What so proudly we hailed at the twilights last gleaming,

Whose broad stripes and bright stars, through the perilous fight,

O’er the rampart we watched, were so gallantly streaming?

And the rockets’ red glare, the bombs bursting in air,

Gave proof through the night that out flag was still there;

O’er the land of the free, and the home of the brave?

On the shore dimly seen through the mists of the deep,

Where the foe’s haughty host in dread silence reposes,

What is that which the breeze, o’er the towering steep,

As it fitfully blows, half conceals, half discloses?

Now it catches the gleam of the morning’s first beam,

In full glory reflected, now shines on the stream:

Cho. – ‘Tis the star-spangled banner: oh, long may it wave

And where is that band who vauntingly swore,

That the havoc of war and the battle’s confusion,

A home and a country should leave us no more?

Their blood had washed out their foul footsteps’ pollution.

No refuge could save the hireling and slave

From the terror and flight or the gloom of the grave:

Cho. – And the star-spangled banner in triumph doth wave

Oh, thus be it ever when freemen shall stand

Between their loved home and the war’s desolation;

Blest with victory and peace, may the heaven-recued land

Praise the power that hath made and preserved us a nation!

Then conquer we must, when our cause it is just,

And this be our motto: “In God is our trust!”

Cho. – And the star-spangled banner in triumph shall wave

It is requested that a little cooperation be given by the visitors and crew of the Arizona so that every man on board may get his share of the refreshments.

The starboard side of the main deck is reserved for the visitors. Please take place at tables in order of Divisions, first Division forward.

FROM THE SHIP’S COMPANY TO THEIR CAPTAIN

The crew of the ARIZONA,

For the things he lets them do.

For the movies they have each evening,

For the boxing fests galore,

And the pleasure he seems to manifest,

In things by which they set store.

It’s sure some inspiration,

And there’s nothing they can’t do,

When the ship is with the Captain,

And the Captain’s with the crew! 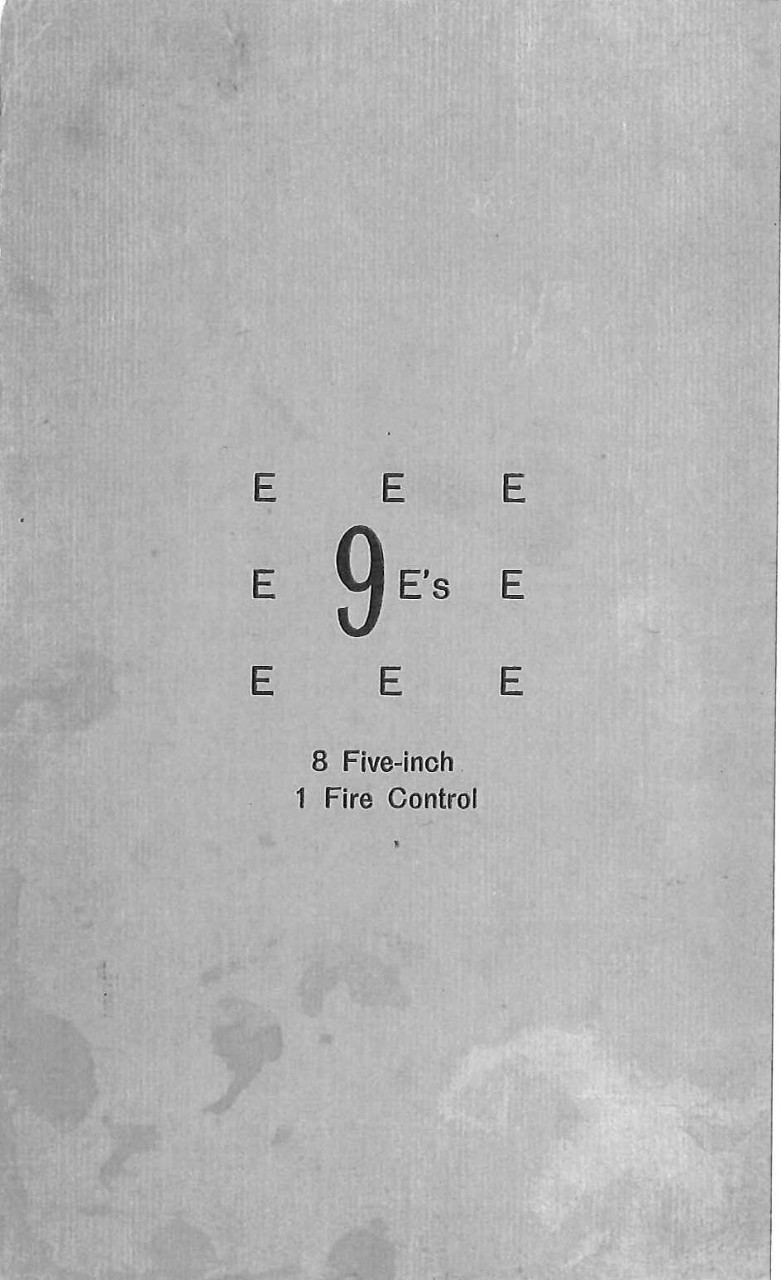