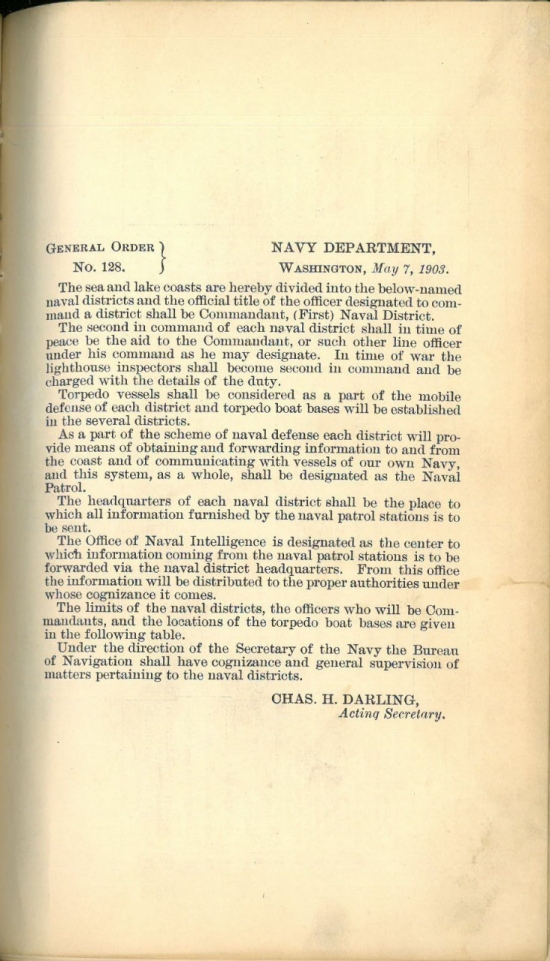 The sea and lake coasts are hereby divided into the below-named
naval districts and the official title of the officer designated to com-
mand a district shall be Commandant, (First) Naval District.

The second in command of each naval district shall in time of
peace be the aid to the Commandant, or such other line officer
under his command as he may designate. In time of war the
lighthouse inspectors shall become second in command and be
charged with the details of the duty.

Torpedo vessels shall be considered as apart of the mobile
defense of each district and torpedo boat bases will be established
in the several districts.

As a part of the scheme of naval defense each district will pro-
vide a means of obtaining and forwarding information to and from
the coast and of communicating with vessels of our own Navy,
and this system, as a whole, shall be designated as the Naval
Patrol.

The headquarters of each naval district shall be the place to
which all information furnished by the naval patrol stations is to
be sent.

The Office of Naval Intelligence is designated as the center to
which information coming from the naval patrol stations is to be
forwarded via the naval district headquarters. From this office
the information will be distributed to the proper authorities under
whose cognizance it comes.

The limits of the naval districts, the officers who will be Com-
mandants, and the locations of the torpedo boat bases are given
in the following table.

Under the direction of the Secretary of the Navy the Bureau
of navigation shall have cognizance and general supervision of
matters pertaining to the naval districts. 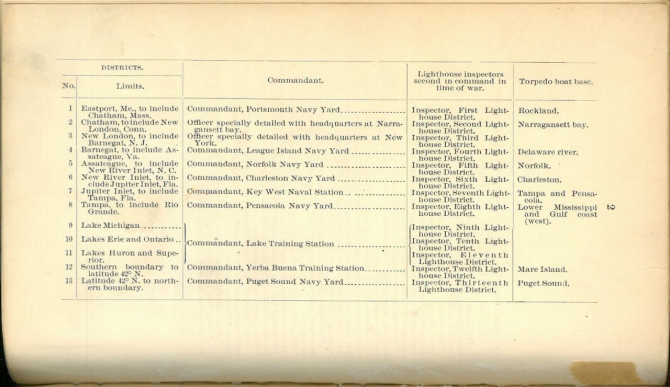