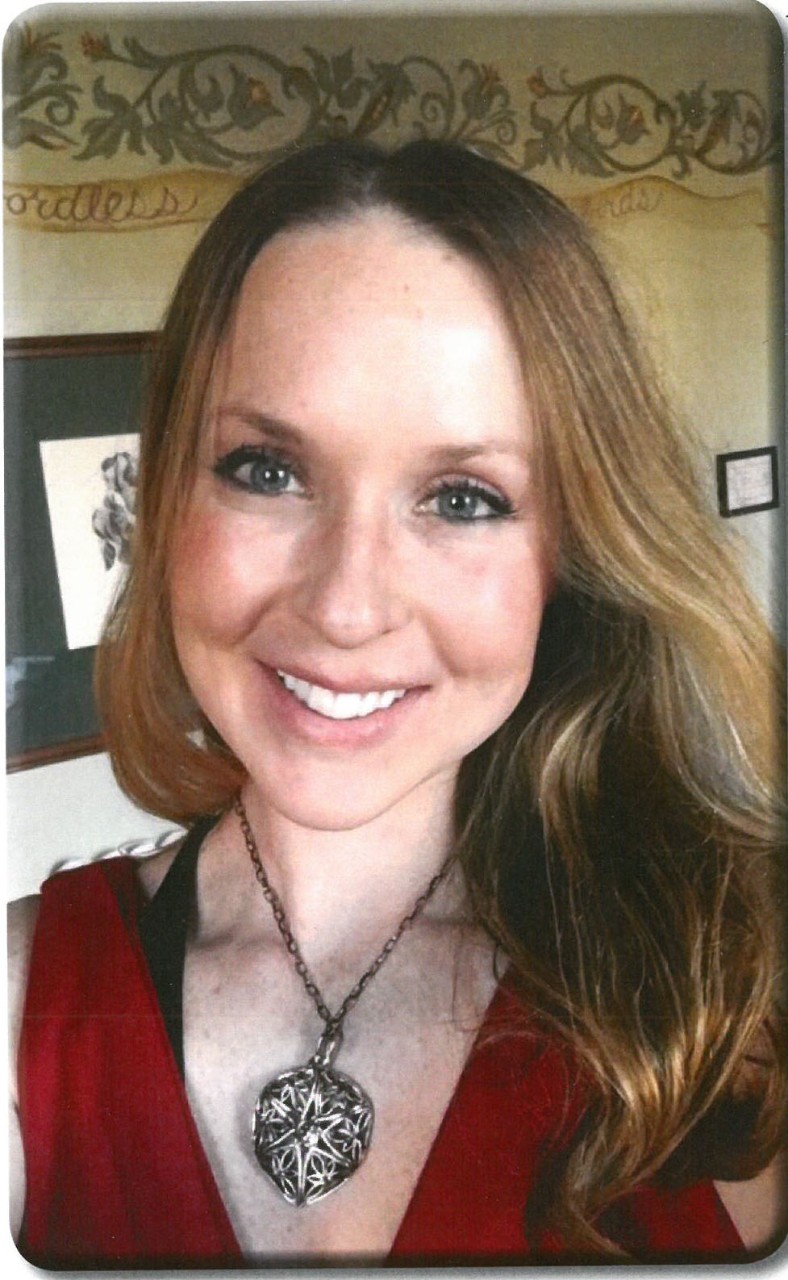 *Presenting of the Colors 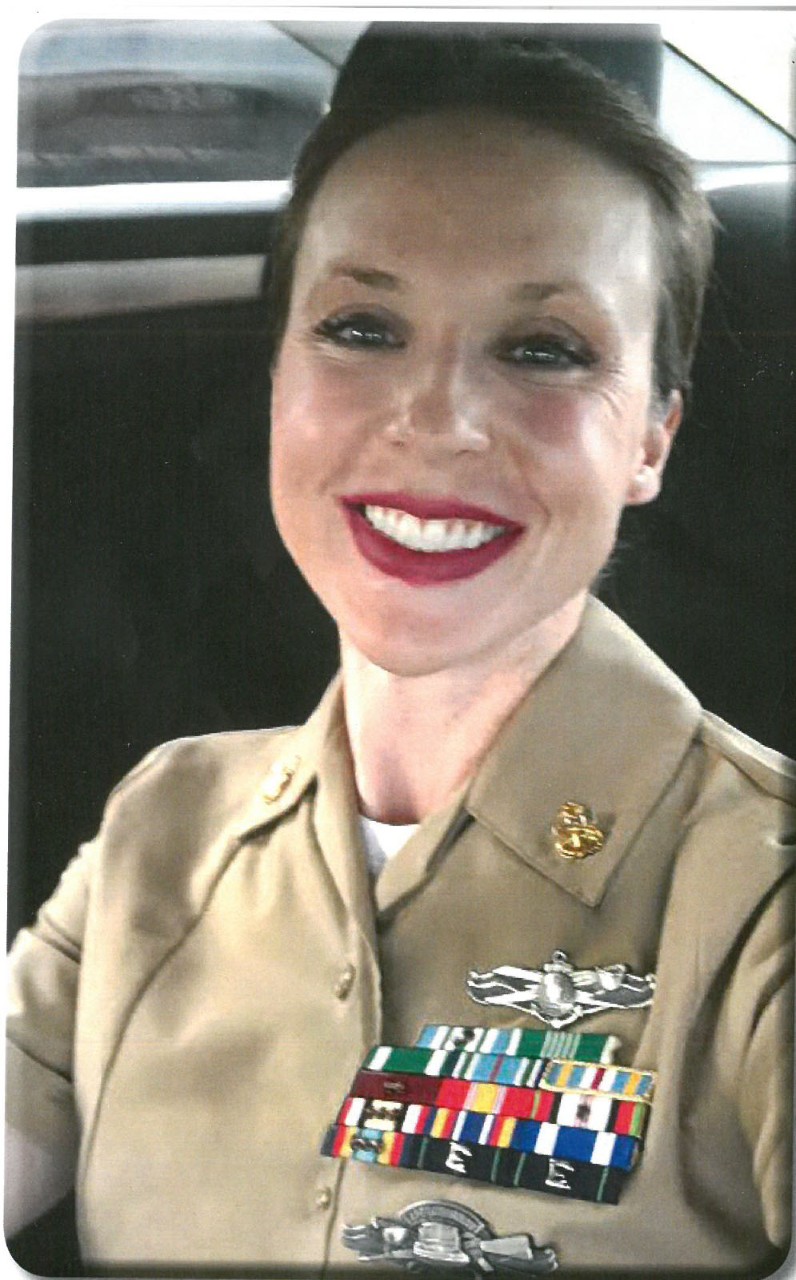 Chief Kent hails from Upstate New York where she attended SUNY Plattsburgh for two years prior to joining the Navy. She entered the Navy in 2003 as Cryptologic Technician Interpretive (CTI), and graduated, with honors, from Defense language Institute with an Associate’s Degree in Arabic. She earned her Bachelor’s degree in Psychology in 2015 and completed her Master’s Degree in Military Psychology from Adler University in July 2018. She was accepted to attend the Uniformed Services University of Health Sciences (USUHS) PhD program in March 2018 to attain a doctorate in clinical psychology.

Chief Kent’s first duty station was Navy Information Operations Command Georgia where she volunteered for an Individual Augmentation (IA) and deployed to Iraq with SEAL Team 10 in 2007. She was transferred to Naval Special Warfare Support Activity Two (SA-2) and deployed again to Iraq with SEAL Team 10 in 2009 and SEAL Team 4 in 2010-2011. She made her first deployment to Afghanistan with SEAL Team 4 in 2012-2013. Her most recent deployment was from November 2018 – January 2019 with a Special Operations Unit where she was killed in action by an Improvised Explosive Device, (IED) while conducting operations against ISIS.

During the course of this day, you have been caused to humbly accept challenge and face adversity. This you have accomplished with rare good grace. Pointless as some of these challenges may have seemed, there were valid, time-honored reasons behind each pointed barb. It was necessary to meet these hurdles in blind faith in the fellowship of Chief Petty Officers. The goal was to instill in you that trust is inherent with the donning of the uniform of a Chief. It was our intent to impress upon you that challenge is good; a great and necessary reality which cannot mar you – which, in fact, strengthens you.

In your future as a Chief Petty Officer, you will be forced to endure adversity far beyond that imposed upon you today. You must face each challenge and adversity with the same dignity and good grace you demonstrated today.

Your entire way of life is now changed. More will be expected of you; more will be demanded of you. Not because you are an E7 but because you are now a Chief Petty Officer. You have not merely been promoted one paygrade, you have joined an exclusive fellowship and, as in all fellowships, you have a special responsibility to your comrades, even as they have a special responsibility to you. This is why we in the United States Navy may maintain with pride our feelings of accomplishment once we have attained the position of Chief Petty Officer.

Your new responsibilities and privileges do not appear in print. They have no official standing; they cannot be referred to by name, number, nor file. They have existed for over 100 years, Chiefs before you have freely accepted responsibility beyond the call of printed assignment. Their actions and their performance demanded the respect of their seniors as well as their juniors.

It now required that you be the fountain of wisdom, the ambassador of good will, the authority in personal relations as well as in technical applications. “Ask the Chief” is a household phrase in and out of the Navy. You are now the Chief.

The exalted position you have now achieved – and the word exalted is used advisedly – exists because of the attitude and performance of the Chiefs before you. It shall exist only as long as you and your fellow Chiefs maintain these standards.

We take a deep and sincere pleasure in clasping your hand, and accepting you as a Chief Petty Officer in the United States Navy.

Eternal Father, strong to save,

Who bidst the mighty ocean deep,

Its own appointed limits keep;

Oh, hear us when we cry to Thee,

For those in peril on the sea!

Lord, guard and guide the men who fly

And those who on the ocean ply;

Be with our troops upon the land,

And all who for their country stand:

Be with these guardians day and night

This Sailor stood the watch.

While some of us were in our bunks at night,

This shipmate stood the watch.

While some of us were in school learning our trade,

This sailor stood the watch.

Yes… even before some of us were born into this world,

This shipmate stood the watch.

In those years when the storm clouds of war were seen brewing on the horizon of history,

This Chief stood the watch.

Many times she would cast an eye ashore and see her family standing there,

Needing her guidance and help,

Needing that hand to hold during those hard times,

But she still stood the watch.

She stood the watch for fifteen years.

She stood the watch so that we, our families and our fellow countrymen could sleep soundly in safety, each and every night

Knowing that a sailor stood the watch.

Today we are here to say

Relieved by those You have Trained, Guided, and Led.

Shannon, Chief Kent, our Shipmate and sister in the Mess, you stand relieved… We have the watch’

Service of Committal of a Person of The Roman Catholic Faith

Out of the depths I cry to Thee, O Lord, hear my voice! Let Thine ears be attentive to my voice in supplication. If Thou, O Lord, dost mark iniquities, Lord, who can stand? But with Thee is forgiveness, that Thou mayest be revered. I trust in the Lord; my soul trusts in His word. My soul waits for eh Lord. More than sentinels wait for the day, let Israel wait for the Lord, for with the Lord is kindness and with him is plenteous redemption; and he will redeem Israel from their iniquities. (Psalms 129, 130)

O God, the Creator and Redeemer of all the faithful, hear our supplication and through Thy infinite love and mercy graciously grant to the soul of Thy servant departed the remission of all her sins, by which her she may have deserved the severity of Thy justice and punishments in the world to come.

Vouchsafe to her attain to everlasting rest and happiness through the infinite merits of Jesus Christ. Amen.

Our Father, who art in heaven, hallowed be Thy name; Thy Kingdom come; Thy will be done on earth as it is in heaven. Give us this day our daily bread; and forgive us our trespasses as we forgive those who trespass against us, and lead us not into temptation, but deliver us from evil. Amen.

Service of Committal of a Person of the Hindu Faith

OM. We worship and adore you, O three-eyed one, O Shiva. You are sweet gladness, the fragrance of life, who nourishes us, restores our health and causes us to thrive. As, in due time, the stem of our lives or the fruit weakens, and our lives or the fruit is freed from the vine, so free us from attachment and death, and do not withhold immortality from us. 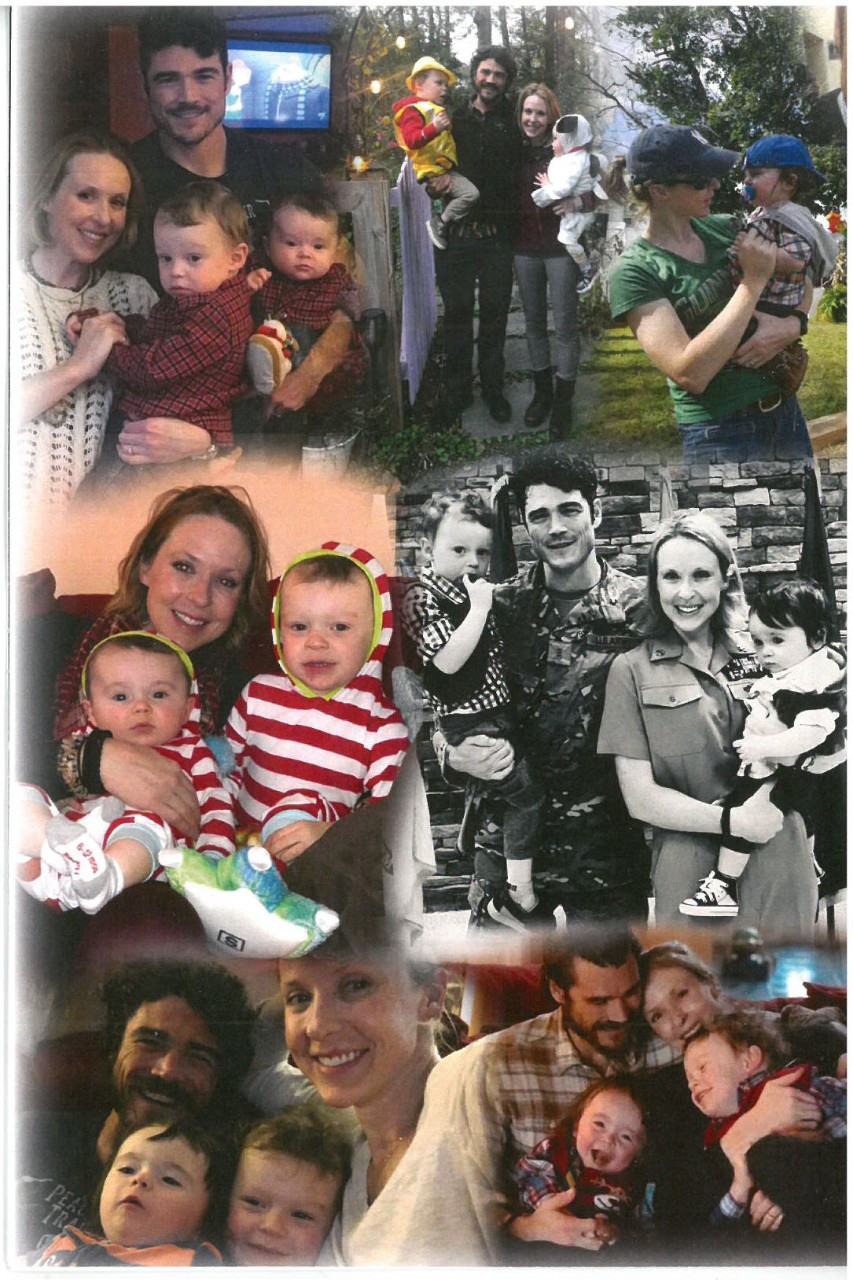 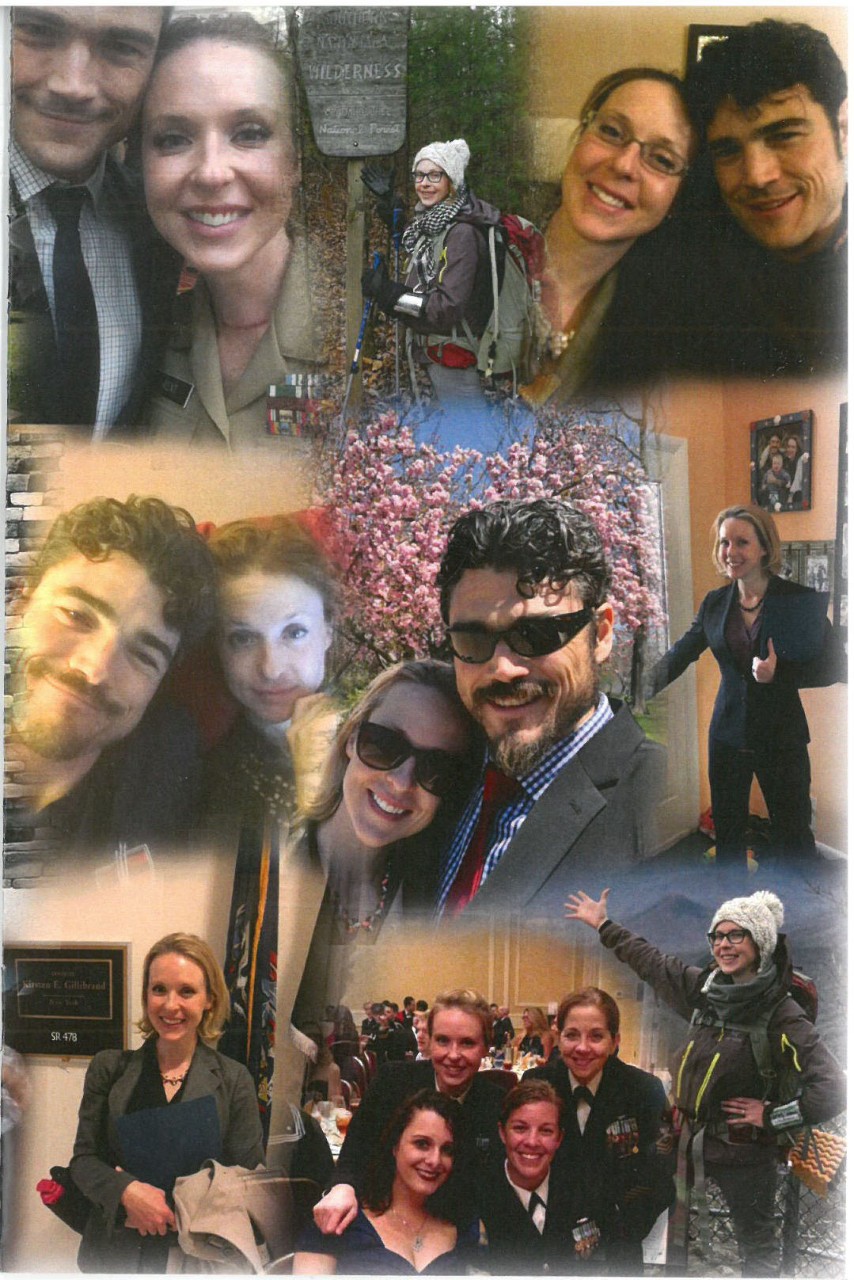 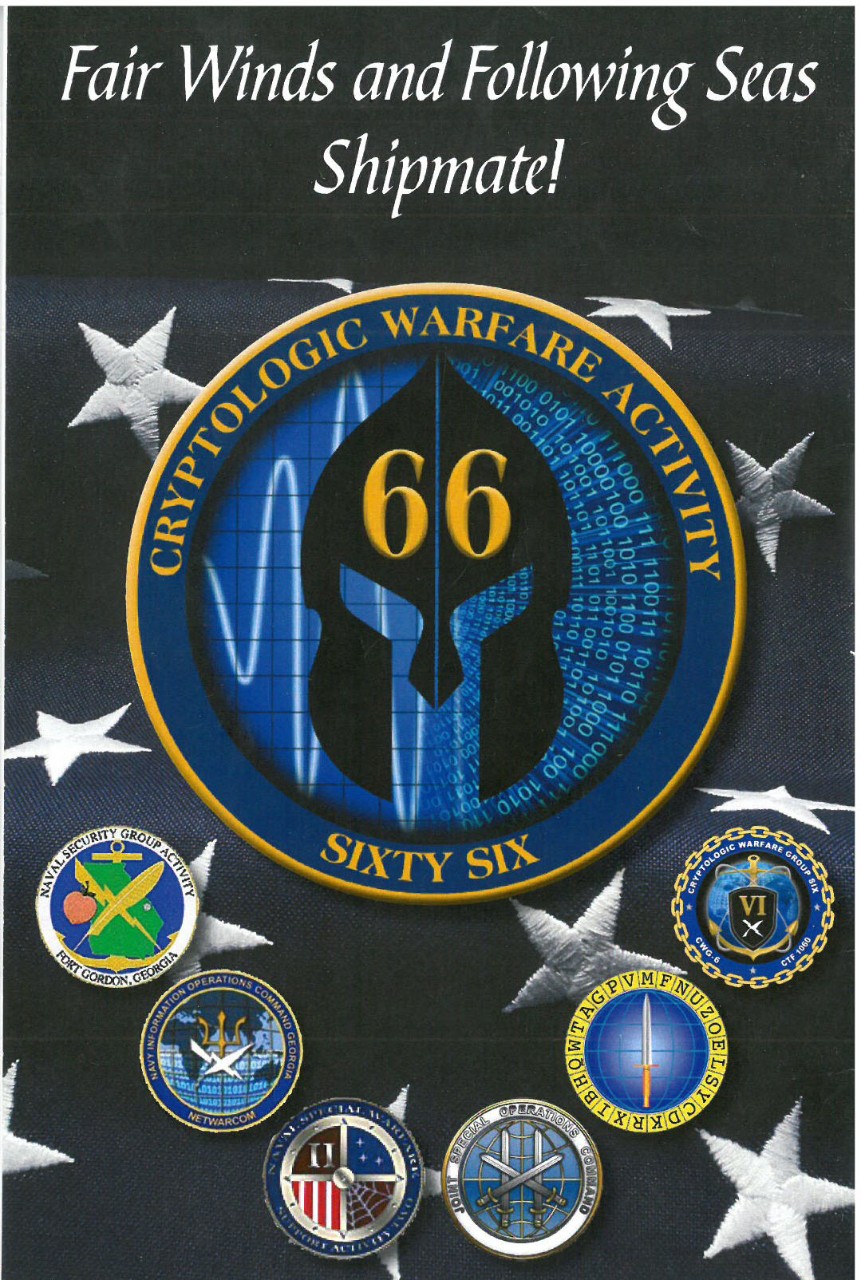