During World War II by All Causes

* Where the tonnage of a vessel is only approximately known it is followed by an "e".

In January 1943 the Chief of Staff, U.S. Army, and Commander-in-Chief, U.S. Navy agreed that the formation of a joint committee to assess enemy Naval and merchant shipping losses during World War II would be desirable. Accordingly the JOINT ARMY-NAVY ASSESSMENT COMMITTEE was appointed for this purpose. This committee consisted of representatives of the Navy, the Army, and the Army Air Forces, with a joint Army-Navy secretariat. The pertinent paragraph of the joint Army-Navy directive forming the Committee is quoted:

"By agreement between Chief of Staff and Commander-in-Chief, a Committee comprised of 4 Navy and 3 Army members is appointed to meet from time to time at the call of the senior member to study and evaluate reports of loss or damage of enemy Naval and Merchant vessels from all causes, except those cases considered by the Anti-Submarine Warfare Assessment Committee of the Office of the Commander-in-Chief, U.S. Fleet. Findings of the Anti-Submarine Warfare Assessment Committee will be included in the overall evaluation of enemy losses without further review. Periodic reports of the Committee will be submitted jointly to the Chief of Staff and Commander-in-Chief."

Sources used by the Committee for compiling information on Japanese vessel losses have included the following:

The assessment of losses, unanimously agreed to by all members of the committee, are listed on the following pages. They include:

A negligible number of vessels have not been assessed because of insufficient information as to the cause of loss.

Japanese Naval and Merchant Shipping Losses by the United Nations 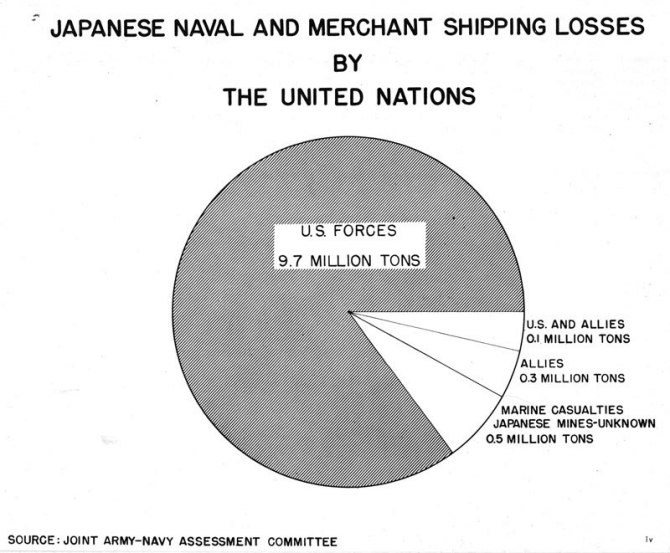 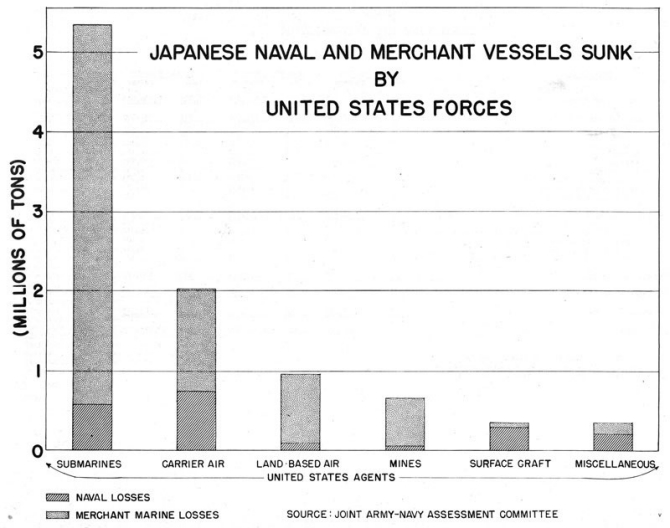