A Journal, of a Young Man of Massachusetts, Late a Surgeon on Board an American Privateer, Who Was Captured at Sea by the British . . . and Was Confined First, at Melville Island, Halifax, Then at Chatham, in England, and Last, at Dartmoor Prison. Interspersed with Observations, Anecdotes and Remarks, Tending to Illustrate the Moral and Political Characters of Three Nations. To Which Is Added, a Correct Engraving of Dartmoor Prison, Representing the Massacre of American Prisoners. Written by Himself. Boston: printed by Rowe & Hooper, 1816. 240 p., frontispiece, 19 cm.

"A valuable and moving tale of prison life." -Fredriksen. "A novel founded on fact." --Allibone. The author, captured while serving as surgeon on board the American privateer Young Man in January 1813, was Dr. Amos G. Babcock. His journal was edited by Benjamin Waterhouse. The massacre to which he refers occurred on April 6, 1815. Angered by continued imprisonment following conclusion of peace and by poor quality of prison food, the captives demonstrated. The prison commandant called out troops who fired upon the captives, killing seven and wounding sixty. 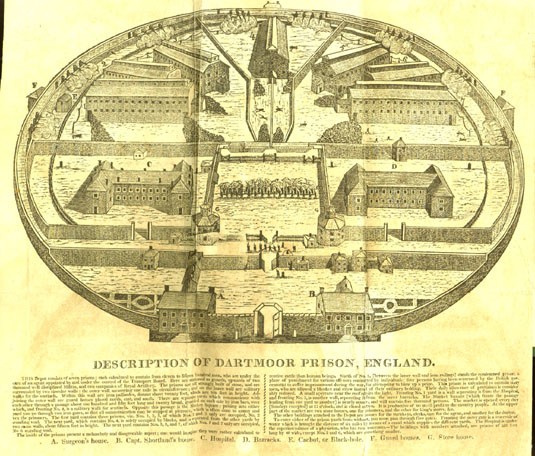