Preserving an Honored Past

The Navy Department Library, home of the most comprehensive collection of literature relating to the U.S. Navy, is celebrating its 200th anniversary in 2000. The beginnings of the library's collection can be traced to 1794, when the Naval Bureau was part of the War Department in Philadelphia. In 1798 the Navy gained departmental status, and the Secretary of the Navy was authorized to take possession of all records, books, and documents relevant to naval matters that were then deposited in the Office of the Secretary of War. This initial collection, subsequently evicted from its Philadelphia quarters by the War Department, found temporary refuge in a tavern in Trenton, New Jersey. When Washington became the national capital, and the Department of the Navy moved there, wagons moved the naval books and records, while a schooner transported the library furniture to Georgetown.

The first Secretary of the Navy, Benjamin Stoddert, formally established the library in response to a letter from President John Adams, dated 31 March 1800. It instructed Stoddert to establish a library that would contain, "the best writings in Dutch, Spanish, French, and especially in English on the theory and practice of naval architecture, navigation, gunnery." The library that Adams envisioned also would include material on naval biography, hydraulics, hydrostatics, and mathematics.

When the British burned Washington in 1814, the collection was evacuated by boat and wagon to the north of the city, thus escaping the unfortunate fate of the Library of Congress collection, which went up in flames. Following the War of 1812, the Navy Department Library collection was returned to Washington, where it reposed in the Old Navy Building until 1879. That year, it was moved to the State, War and Navy Building (now the Old Executive Office Building) and placed under the cognizance of the Chief of the Bureau of Navigation as a part of the Office of Naval Intelligence. As befitting its new location, which overlooked the White House grounds and the Potomac River, the library was housed in a setting adorned by artistic iron work from floor to ceiling, which gave it a look of classic elegance. In 1923, the collection was moved to the Main Navy Building on Constitution Avenue. It remained there until 1970 when it was transferred to its present location in the Dudley Knox Center for Naval History in the Washington Navy Yard. 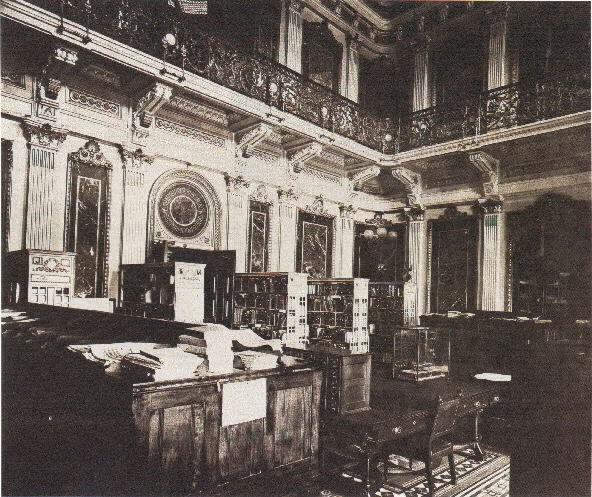 Today, the shelves in the library hold more than 200,000 volumes on naval, military, and nautical history. It also maintains a large collection of periodicals relating to military history, politics, and technology. The collection's size and breadth and the specialized nature of the materials accumulated over the years make the library one of the foremost repositories of naval literature in the world. It is also one of the few military libraries open to the public.

In addition to the main collection of books and periodicals, the library also maintains a number of special collections, which are invaluable to non-professional and professional researchers alike. Many of these collections, such as the extensive set of the Annual Reports of the Secretary of the Navy, annual Navy officer registers, Navy Directories, cruise books, World War II cryptologic histories, Lloyd's Registers, and translated U-boat headquarters war diaries are extremely difficult to locate elsewhere.

Displayed above the steel-door entrance to the library's Rare Book Room, a treasure trove of U.S. Navy history, is the coat of arms of the Spanish gunboat Don Juan de Austria, sunk during the Battle of Manila Bay in the Spanish-American War. Immediately upon entering the room, visitors encounter a custom-made table commemorating the sinking of the battleship USS Maine in Havana Harbor in 1898. The tabletop is a bronze windlass cap recovered from the wreck. 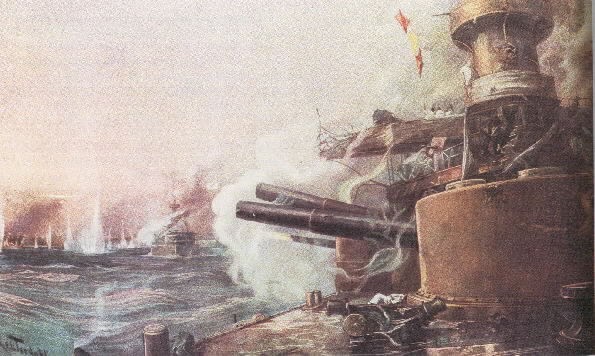 Highlights of this collection include: the Navy's first signal book, Thomas Truxtun's Instructions, Signals and Explanations (1797); David Porter's Signal Book (1813); rare Union and Confederate signal books from the Civil War; calling cards collected by John Paul Jones in Russia; hundreds of unpublished World War II administrative and cryptologic histories; translation of war diaries from various German Navy headquarters; and material captured on the German U-boat U-505 in 1944. Other items of interest include Ordinary Seaman John Rea's A Letter for William Bainbridge, Esqr. Formerly Commander of the United States Ship George Washington. In it he alleges Bainbridge's mistreatment of the crew on the frigate USS George Washington during her infamous Mediterranean voyage transporting tribute to the Dey of Algiers in 1800. Also fascinating is a first-person account from the Mexican War by a sailor on board the frigate USS Potomac, detailing the siege and bombardment of Vera Cruz and the surrender of that city on 29 March 1847. For those interested in naval discipline, the anonymous 19th Century work A Plea in Favor of Maintaining Flogging in the Navy will prove enlightening. Among unique 20th-century items in the photographic scrapbook, FDR 1936 Trip Aboard USS Indianapolis, documenting President Franklin Delano Roosevelt's participation in a crossing-the-line ceremony. 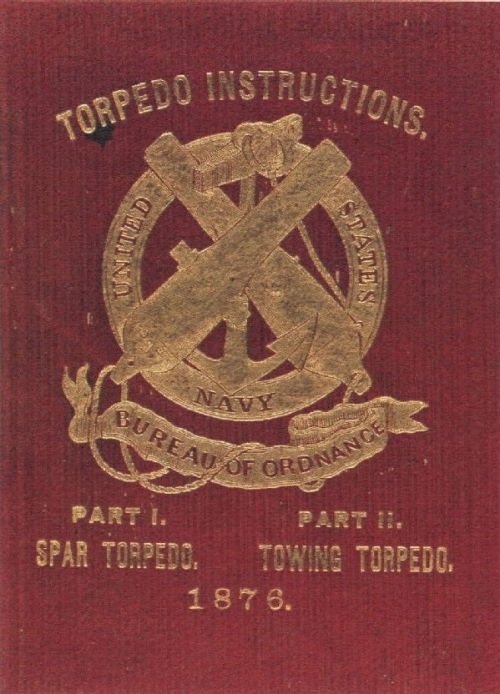 Mr. Wildenberg is the author of the Naval Institute Press books, Destined for Glory: Dive Bombing, Midway, and the Evolution of Carrier Airpower (1998) and Gray Steel and Black Oil: Fast Tankers and Replenishment at Sea in the U.S. Navy, 1912-1992 (1995). He thanks Glenn Helm [Head of Reference and subsequently Director] of the Navy Department Library for his assistance in preparing this article.