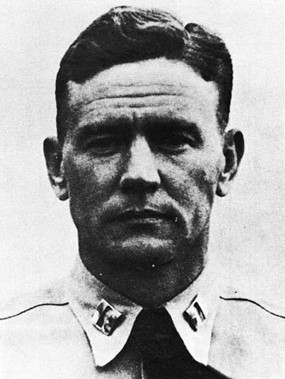 Having been serviced at Port Darwin, Australia, Perch (Lieutenant Commander D. A. Hurt) departed on 3 February 1942 for her second patrol, in the Java Sea. At this time the Japanese campaign to secure the Netherlands East Indies was at its height. The Philippines had been effectively neutralized by them, and their fall was only a matter of time. The Japanese were forcing their way down the Strait of Makassar, and an invasion of Borneo or Java was imminent.

From 8 February to 23 February Perch was sent several reports concerning enemy concentrations near her area, and was directed to patrol or perform reconnaissance in various positions near the islands of the Java Sea. On 25 February she was directed to go through Salajar Strait and patrol along the 100 fathom curve northeast of the Kangean Islands as part of the force then attempting to defend Java.

On 25 February she reported two previous attacks with negative results, and stated that she had received a shell hit in her conning tower, which, damaging the antenna trunk, made transmissions uncertain, but she could receive. On 27 February, she sent a contact report on two cruisers and three destroyers at 6°-08'S, 116°-34'E. No further reports were received from her and she failed to arrive in Fremantle where she had been ordered by dispatch.

The following account of what happened to Perch is taken from a statement made by her surviving Commanding Officer, who was repatriated at the end of hostilities, having been held by the enemy. The last station assignment was given Perch on 28 February 1942, in the Java Sea. A large enemy convoy had been cruising about for several days, waiting to land on Java; now the objective had been discovered and submarines were to disregard their areas and attack at the landing point.

Shortly after surfacing on the night of 1 March, Perch sighted two destroyers, and dove. After the destroyers had passed well clear, they came back, one near Perch. Hurt prepared to attack with torpedoes, but at 800 to 1000 yards the destroyer turned straight toward him. The Commanding Officer ordered 180 feet. At 90 to 100 feet, the destroyer passed over and dropped a string of depth charges; shortly thereafter Perch hit bottom at 147 feet.

During the depth charge attacks which followed, the ship lost power on her port screw, but she managed to pull clear of the bottom and surface when depth charging had ceased. Shortly before dawn two Japanese destroyers again were sighted, and once more Perch went to the bottom, this time at 200 feet. Efforts to move from the bottom were unsuccessful, and the attackers continued depth charging until after daylight.

At dusk on 2 March Perch again surfaced, after an hour of effort. There was no enemy in sight. Reduction gears were in bad shape, there were serious electrical grounds and broken battery jars, and the engine room hatch leaked badly, so arrangements were made to scuttle if necessary.

On trying to dive before sunrise 3 March 1942, it was found that, due to the severe depth charge attacks she had been through, water poured in from conning tower and engine room hatches, the three-inch circulating water line and leaks in the hull. Nothing the crew did seemed to help the leakage and while further attempts were being made to repair the ship, three enemy destroyers came in sight and opened fire. The submarine's gun was inoperative and torpedoes could not be fired. Enemy depth charges had caused three ofPerch's torpedoes to run in their tubes, and the heat, exhaust gases and mounting nervous tension aggravated already extremely difficult conditions. The decision was made to abandon and scuttle her. The entire crew got into the water safely, and all were picked up by Japanese ships. The significant statement of Japanese antisubmarine capabilities is made by Lieutenant K. G. Schacht, a survivor of Perch, that "loss of air and oil during attacks caused both previous enemy groups to believe their target had been destroyed".

Personnel of Perch were taken to the illegal questioning camp at Ofuna, Japan, and then to the Ashio mines, where they were forced to work until the close of the war. Fifty-three of their number have been received from the Japanese since the war's end. Perch was credited with sinking a 5000-ton enemy freighter on her first patrol, conducted west of the Philippines. 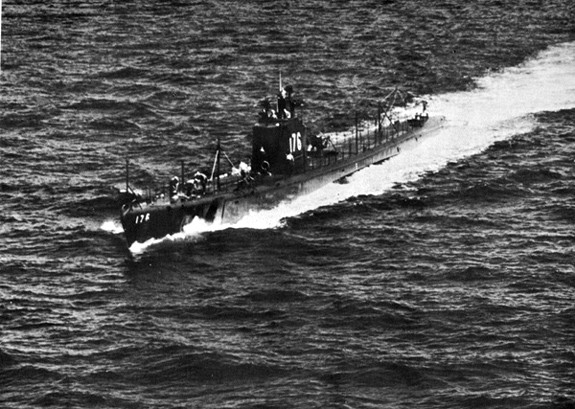 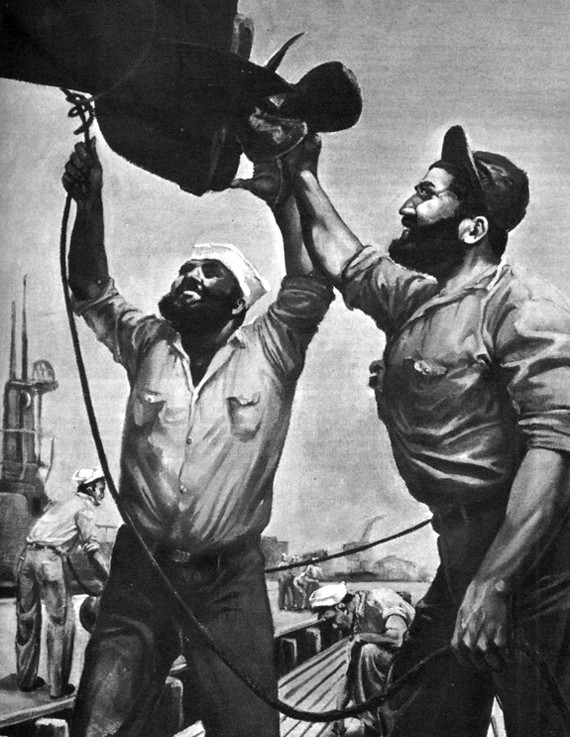