The First Wave on Japan 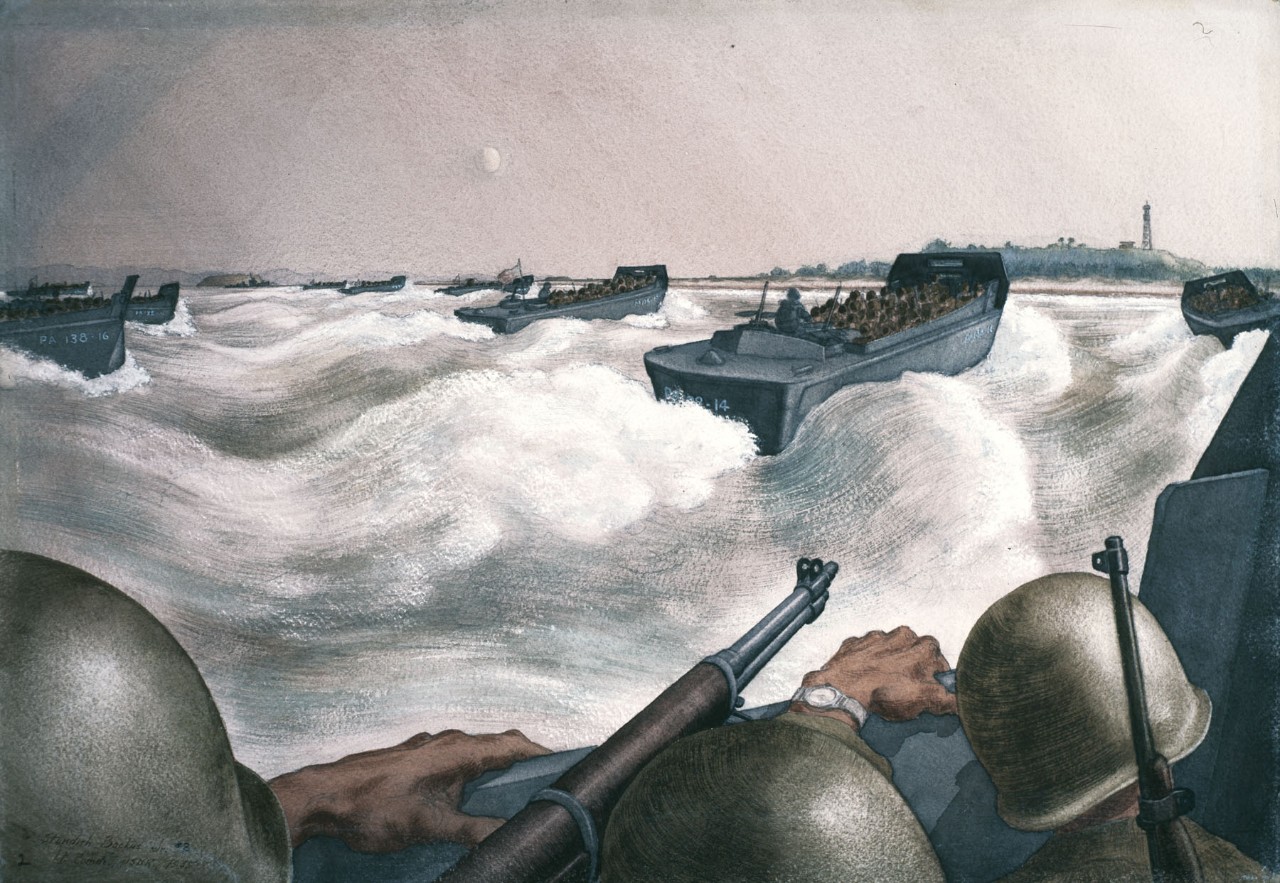 Futtsu Peninsula, Tokyo Bay: Seal-like Higgins boats create their own heavy seas as they carry Marines of the 2nd Battalion 4th Regiment ashore for the first test of whether the Japanese will resist or abide by negotiated surrender terms. It is tense for the next five minutes. The Japanese would logically wait until the Marines were at the shore line to open a withering fire that could be a massacre. Since there could be no preparatory bombing or bombardment, it had to be done the hard way by head-on assault. The main group of boats landed here at Fort #2 while a small group landed at Fort #1 at the end of the spit beyond the hulk of a burned-out Japanese destroyer. The setting moon, which stood watch over the landing of the boats from the transport, is now relieved by the misty rays of the early sun.