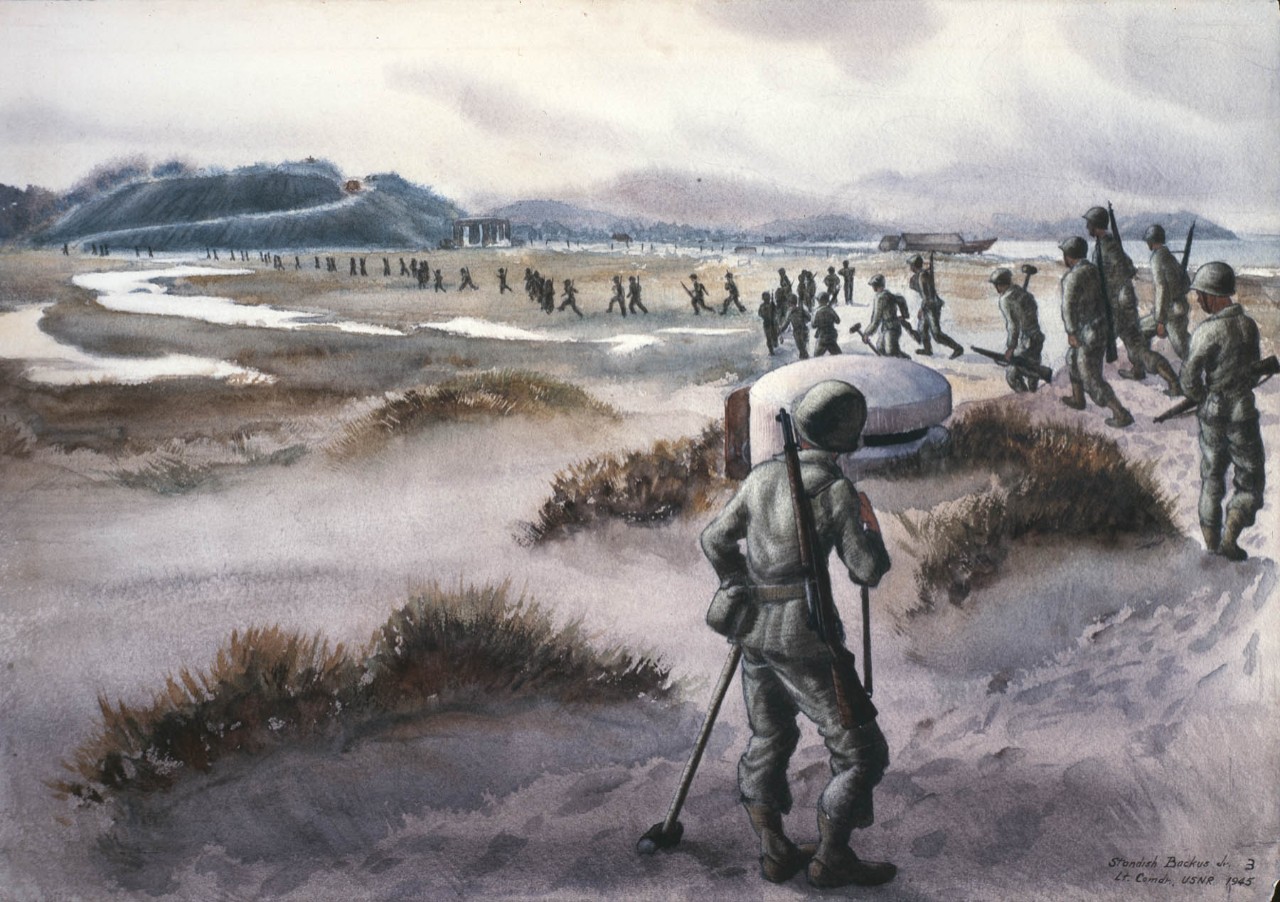 As their part in what General MacArthur called "the greatest military gamble in history," the 2nd Battalion of the 4th Marine Regiment made the first landing from the sea on the Japanese home islands. The purpose of this landing was to seize & demobilize three forts on the Futtsu Peninsula, across Tokyo Bay from Yokosuka, so the fleet might anchor in the bay without threat from these defenses. The great gamble lay in whether the Japanese would permit these and other landings in spite of assurances made by the Emperor. These Marines were to be the guinea pigs. The landings were made with full battle equipment but without the aid of preliminary bombardment. Had the Japanese decided to resist this could have been one of the worst beaches of the war perhaps worse the Dieppe. Instead, no mines were found, pill boxes were few and unmanned, and only 22 Japanese soldiers were flushed out and they surrendered. The Marines took no chances, proceeding single file to minimize the chance of hitting mines, regarding the prepared defenses with suspicion, carrying sledge hammers to smash the breeches of any guns found. They secured all forts, positions, and objectives in two and a half hours with no untoward incidents. Incredulous, the Marines withdrew across the Bay to Gokusuke to repeat the operation just as bloodlessly.