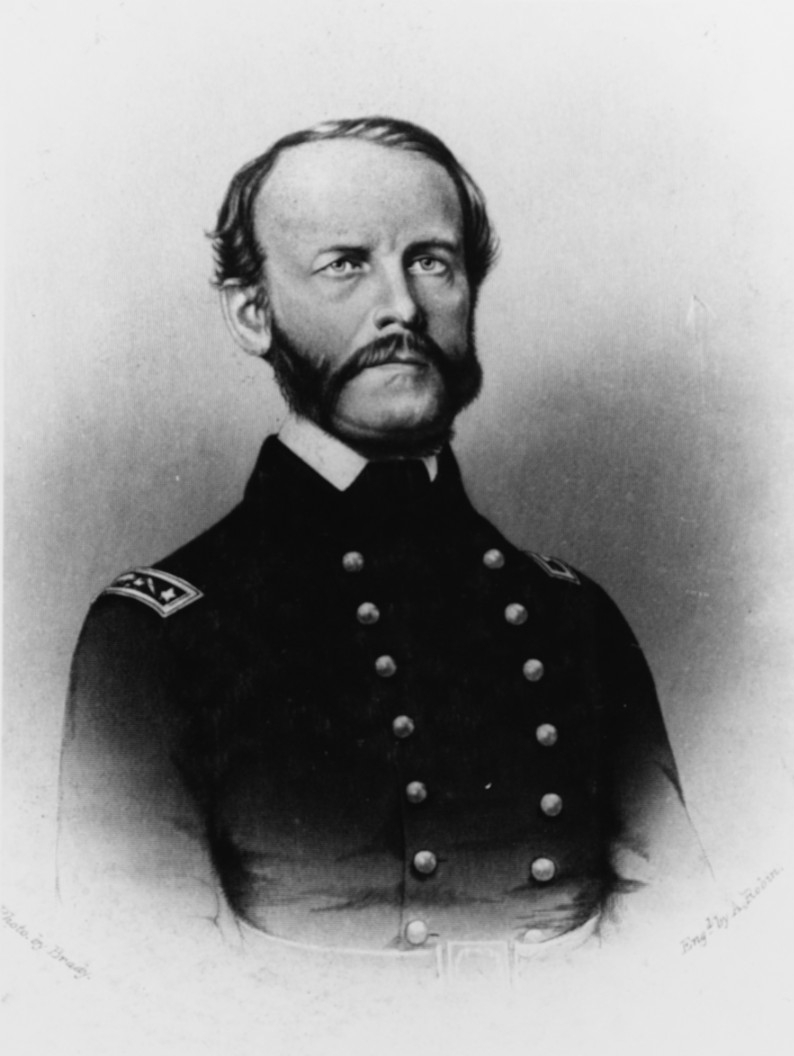 The “father of American naval ordnance” was born in Philadelphia on 13 November 1809.

John A. Dahlgren was appointed a midshipman in the U.S. Navy in 1826. Six years later, due to his mathematical proficiency, the Navy ordered him to the U.S. Coast Survey, where he worked as a scientist from 1834–37. During this time, he also studied naval ordnance and how to improve it through new technology.

His next assignment was as an ordnance officer at the Washington Navy Yard. Over a period of 15 years, from 1847 to 1862, he designed and produced several large-caliber naval guns including a boat howitzer and the eponymous Dahlgren gun—which would later become the most common cannon mounted on board U.S. Navy ships during the Civil War.

In 1861, at the outbreak of the Civil War, Dahlgren became commandant of the Washington Navy Yard. He was one of three officers on the yard who did not resign over Confederate sympathies when the war broke out. During this time, he cultivated a friendship with President Abraham Lincoln, who would often come to the Navy Yard to watch him test-fire his ordnance down the Anacostia River.

He was promoted to chief of the Bureau of Ordnance in 1862 and was subsequently appointed a captain that same year.

In July 1863, he was promoted to rear admiral and took command of the South Atlantic Blockading Squadron. For the next two years, he led the Union navy in the blockade and siege of Charleston, South Carolina. The Union navy ships employed his Dahlgren guns while Marines and Sailors utilized two of his creations—the boat howitzer and the M1861 Whitney-Plymouth Navy rifle—in an expedition to stop rebel supplies from reaching Savannah.

After the war’s end, he commanded the South Pacific Squadron from 1866–68. He then returned to Washington to serve as the chief of Bureau of Ordnance again. He resigned a year later to resume command of the Washington Navy Yard. He was still in command of the Navy Yard at the time of his death in 1870.

His efforts in ordnance production laid the foundation for the future establishment of the Naval Gun Factory at the Washington Navy Yard.

In remembrance of his contributions to the U.S. Navy, Dahlgren Avenue on the Washington Navy Yard carries his name, as does Dahlgren Hall at the U.S. Naval Academy. Several U.S. Navy ships, and a Navy base—Naval Surface Warfare Center Dahlgren Division—have also been named in his honor. 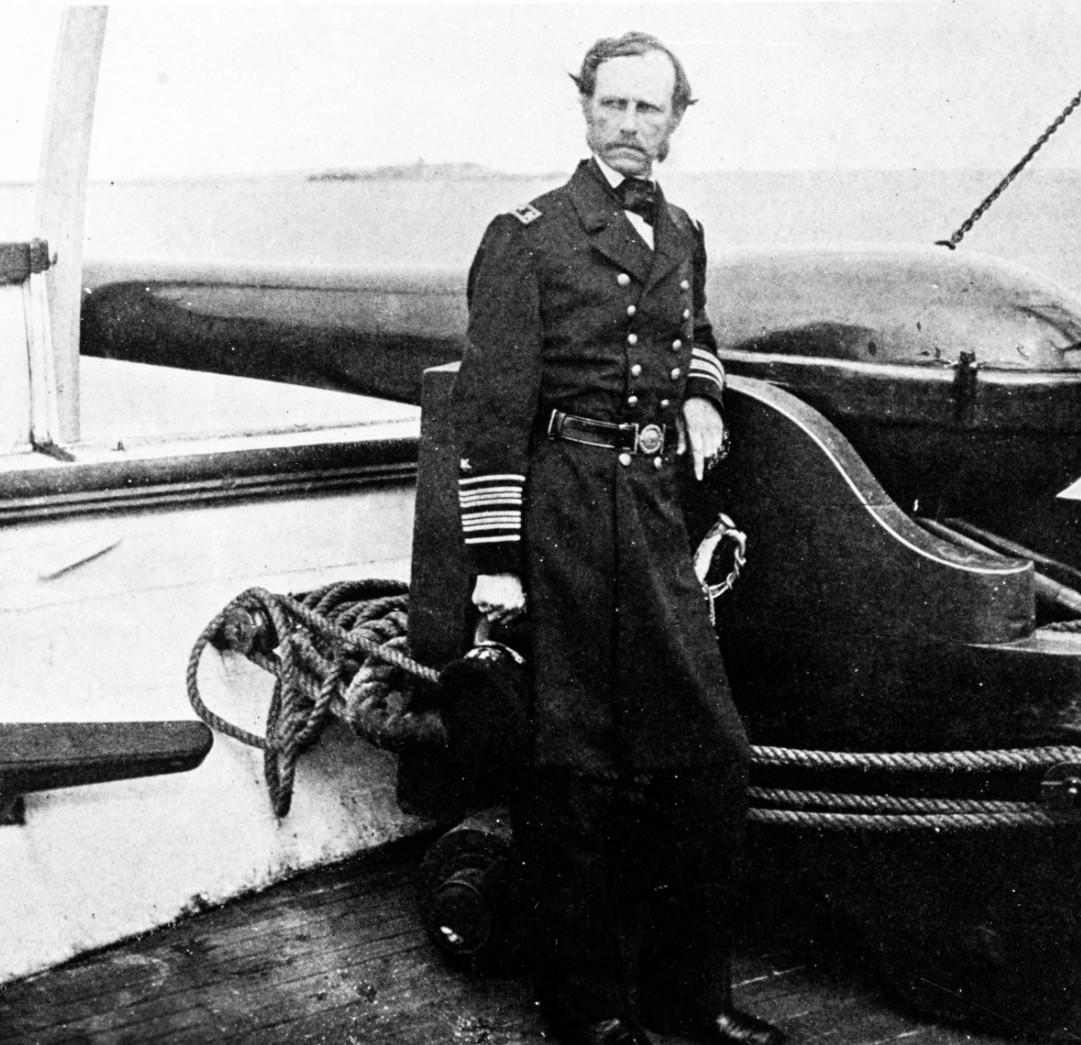 Standing beside a 50-pounder Dahlgren rifle, on board USS Pawnee in Charleston Harbor, South Carolina, circa 1863–65. He was then commanding the South Atlantic Blockading Squadron (NH 63362). 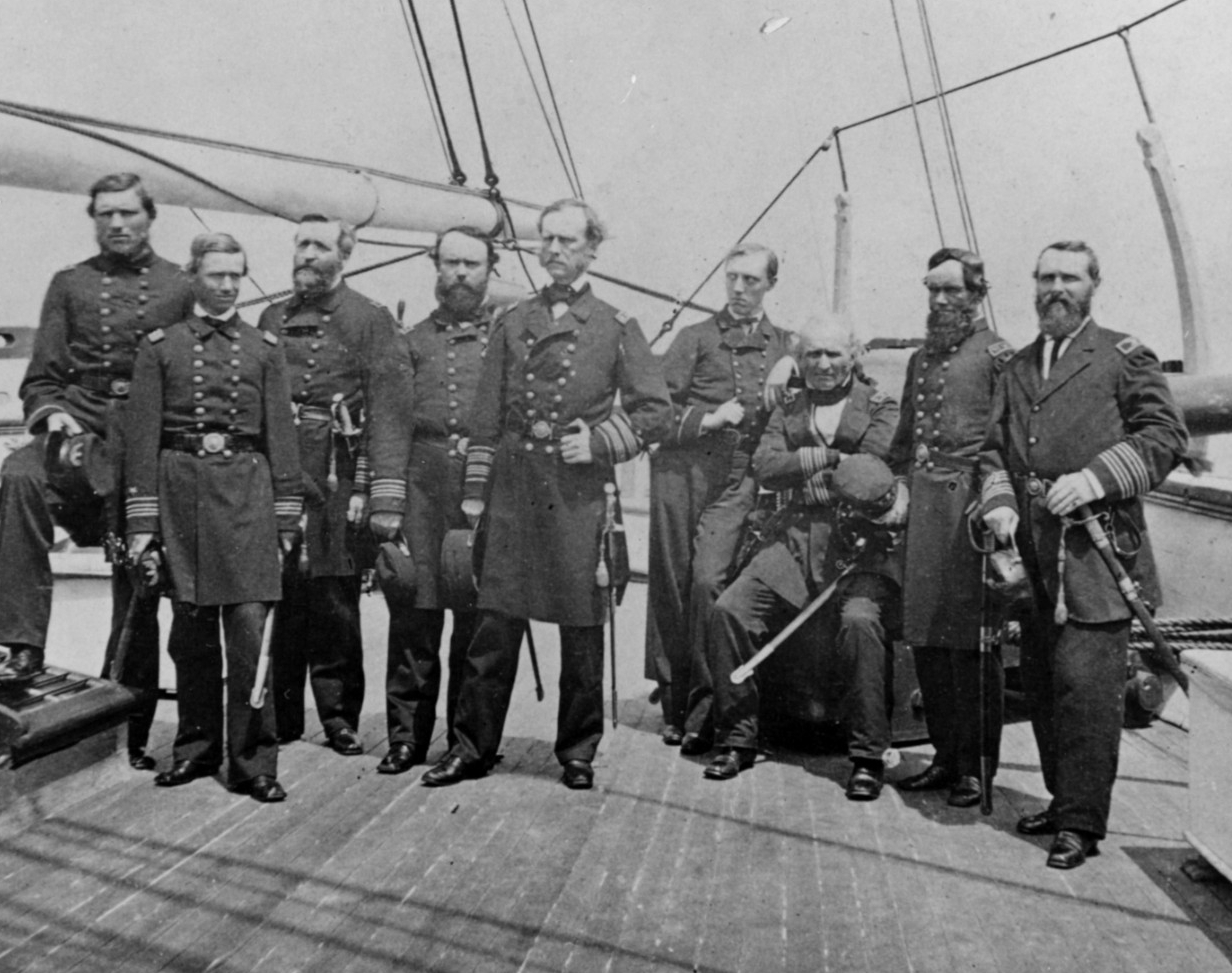 Commanding the South Atlantic Blockading Squadron, with other officers, possibly including members of his staff, on board USS Pawnee, in Charleston Harbor, South Carolina, circa 1864–1865. In addition to Dahlgren, three captains, two lieutenant commanders, a lieutenant, and two ensigns are present (NH 59429). 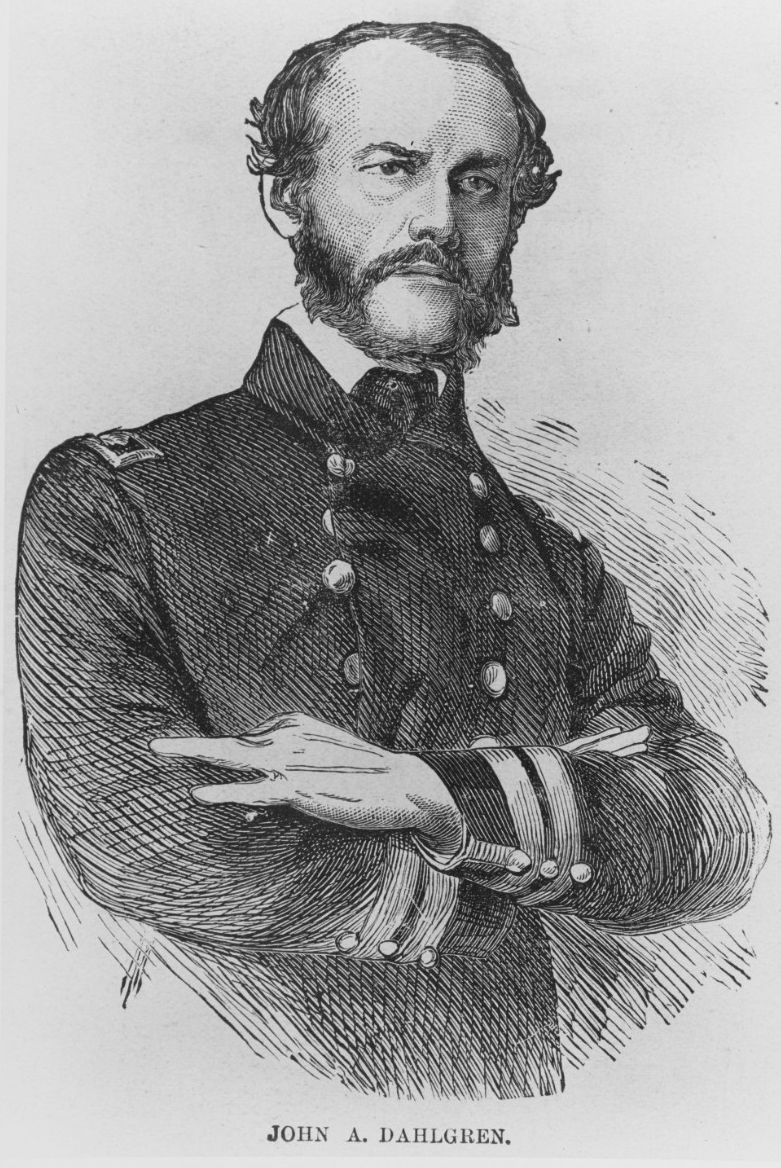 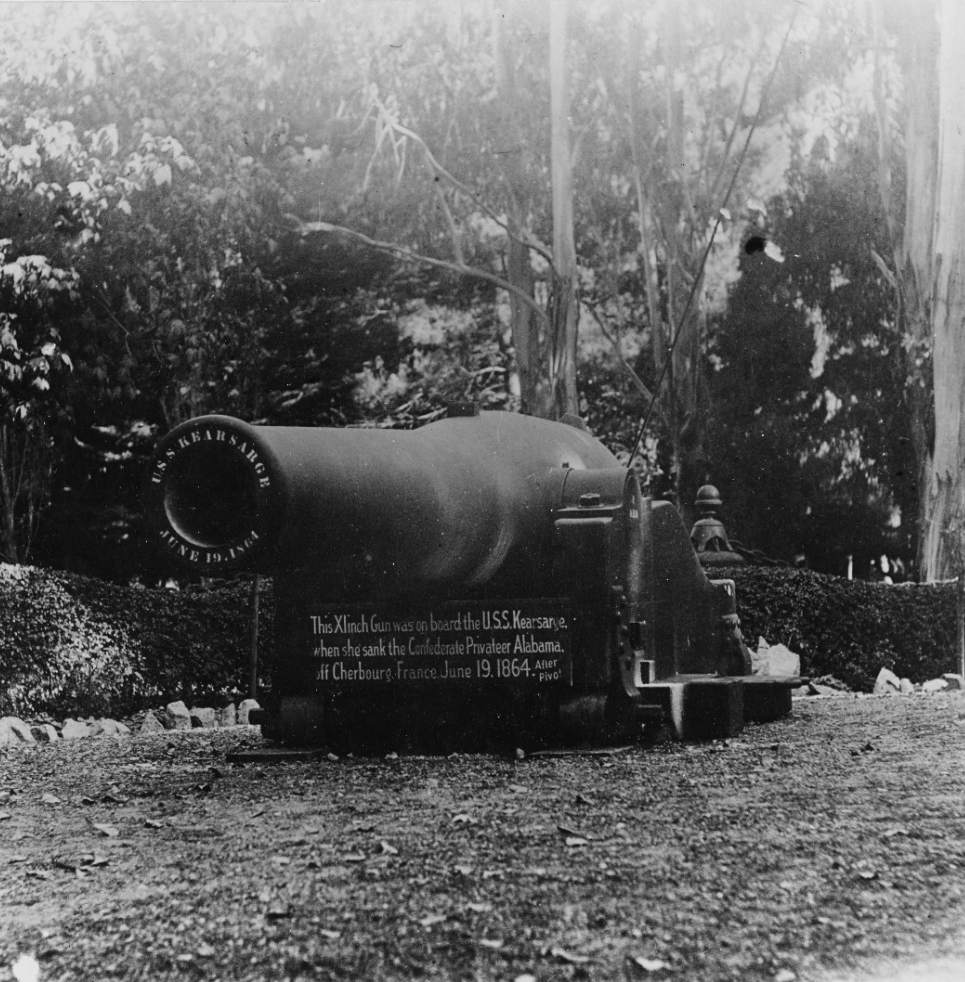 Eleven-inch Dahlgren gun, which was on board USS Kearsarge when she sank the Confederate privateer Alabama off Cherbourg, France, 19 June 1864. Photo taken at Alden Park, Mare Island, California (NH 2269). 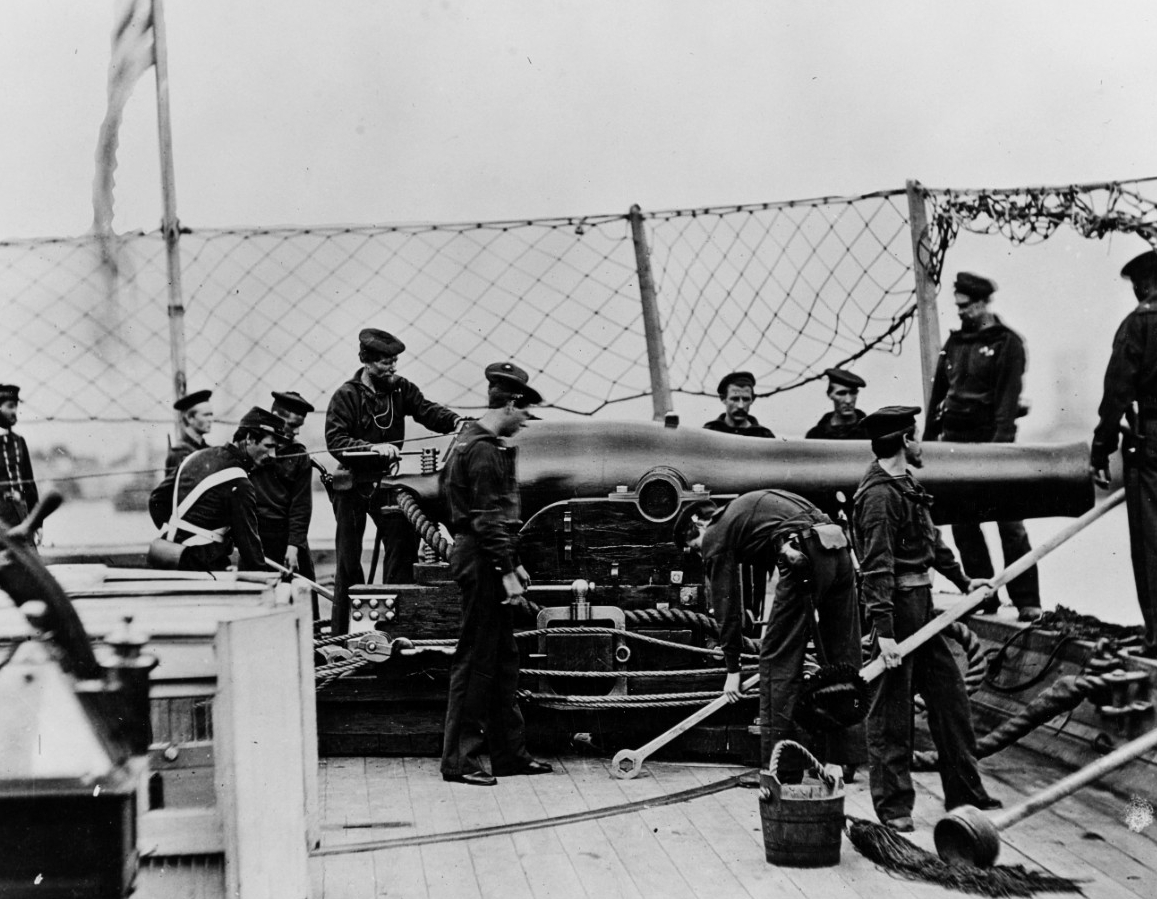 Nine-inch Dahlgren smooth-bore gun on a slide-pivot mounting on board a U.S. Navy gunboat during the Civil War. Note anti-boarding netting; ship's wheel at left; cartridge boxes, cutlasses and revolvers worn by some men; gun-handling equipment and Marine by the rear of the gun (NH 61933). 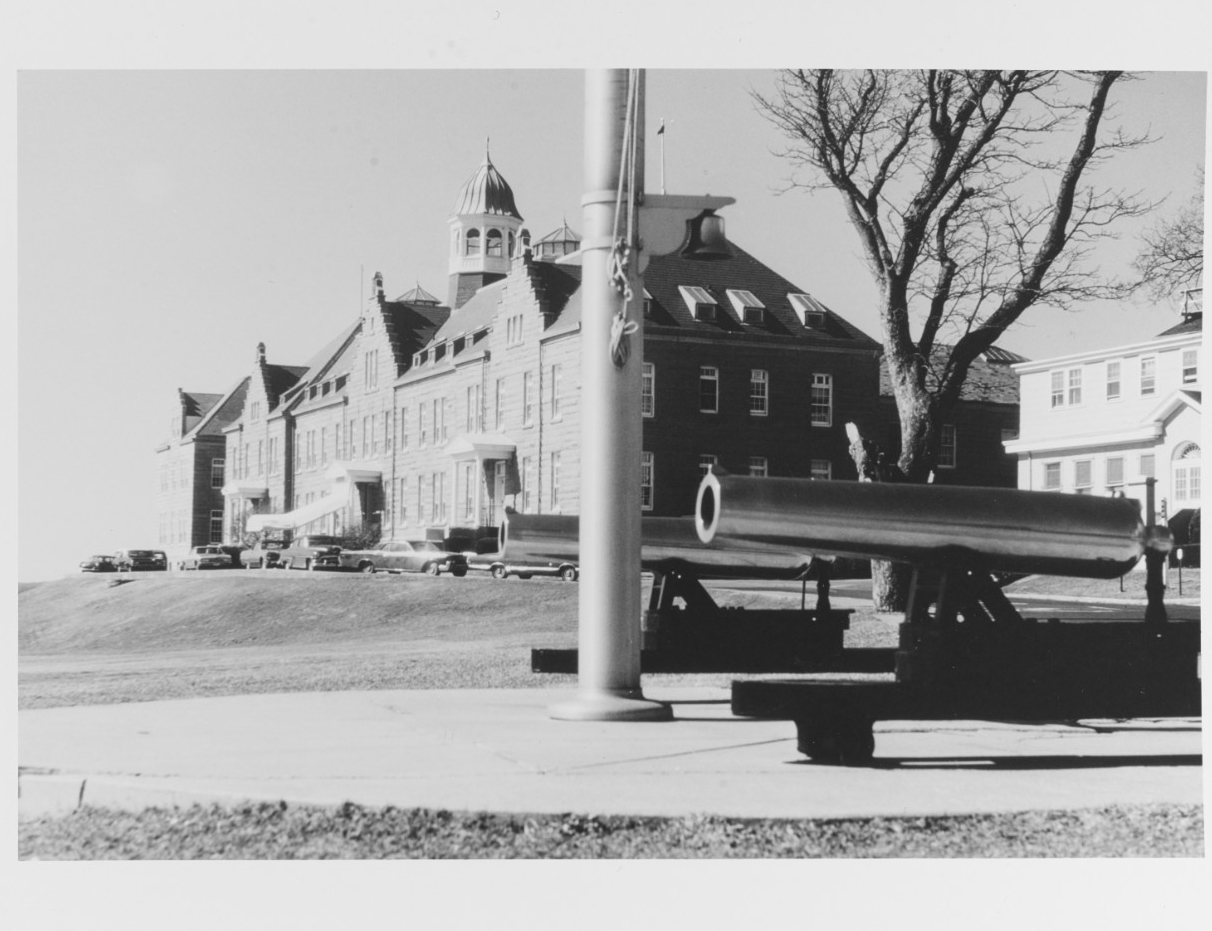