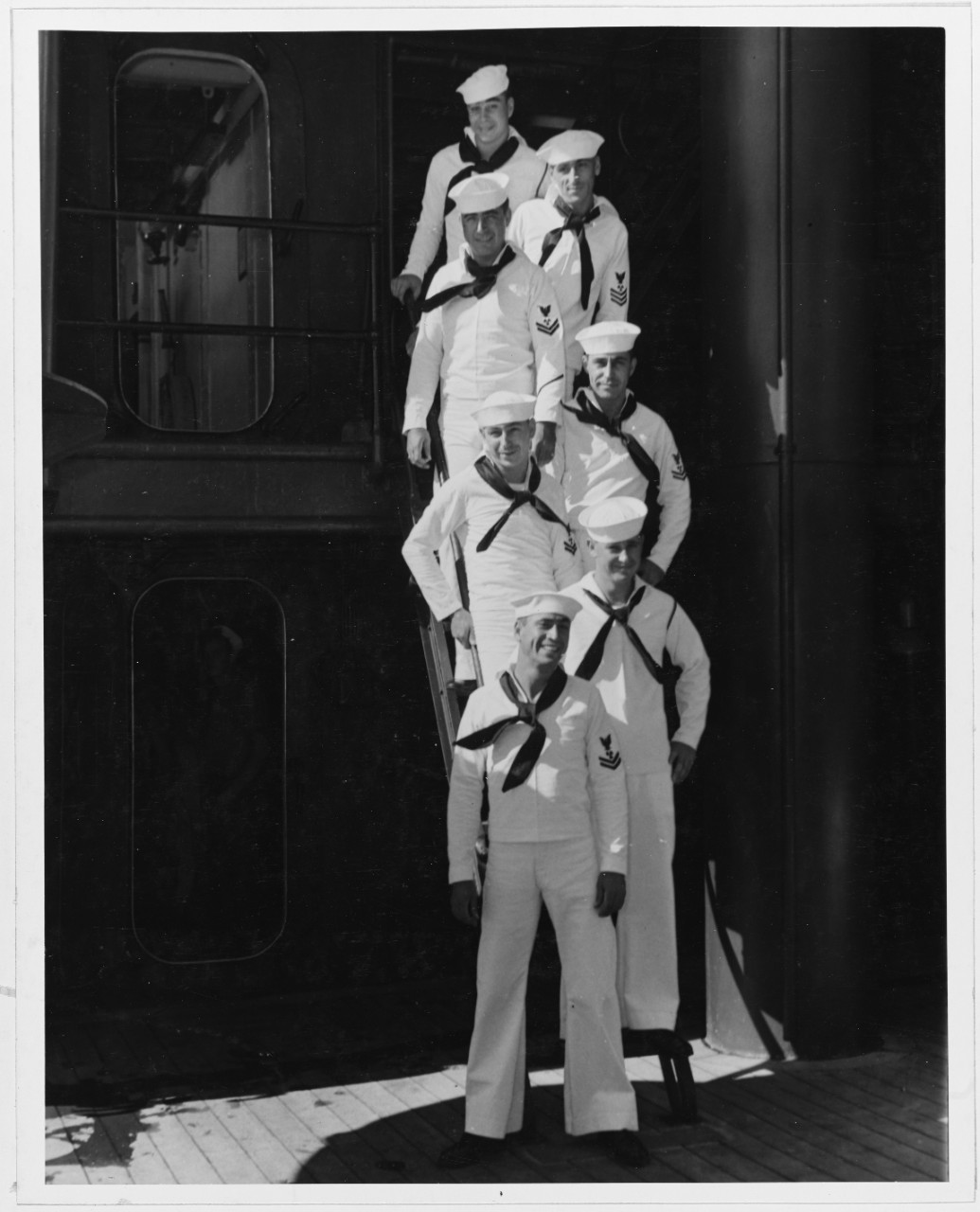 The first U.S. Navy uniform marks identifying petty officer specialists were established in 1841, but uniform marks identifying the specialties themselves were not implemented until later in the nineteenth century. The adoption of steam propulsion in the mid-nineteenth century required the Navy to add technical specialists who were not needed on ships propelled by sail alone. But the technological revolution in warship design of the late nineteenth century required new kinds of highly trained specialists, which led to wholesale changes in the recruiting, training, and classification of Navy enlisted Sailors. Ensign A.P. Niblack’s prize-winning 1891 essay, “The Enlistment, Training, and Organization of Crews for Our New Ships”, addressed the changes in recruiting, training, and shipboard habitability that he considered necessary for the new Navy. Starting on page 23, he also wrote about some of the new technical occupations he thought the Navy required (e.g., gun captains, electricians, and dynamo tenders), and some that he considered outdated (e.g., carpenters and caulkers).

The Bureau of Naval Personnel published a short account of the growth and elaboration of the Navy’s system of occupational classification in 1971, with particular attention given to the way Navy personnel classifications reflected technological innovation. The number of ratings expanded greatly during World War II to accommodate rapid technological change and the organizational requirements of a greatly enlarged Navy, but a comprehensive review of Navy technical specialties didn’t take place until 1948. An interviewer classification guide from 1943 demonstrates the balance between experience, aptitude, and the post-enlistment training required to recruit, train, and assign qualified technical specialists against Navy requirements. This balance, along with the Navy’s desire to provide marketable skills for those returning to civilian life after their service, has been a continuing feature of Navy workforce planning since the time of Ensign Niblack’s essay.

The names of the ratings reflect a never-ending process of addition, subtraction, splitting, and combining, which along with an equally evolving set of rating abbreviations, provide a window into the history of enlisted force management. This can present a challenge for modern researchers and genealogists trying to identify the occupation of a research subject or family member.

The Navy’s enlisted classification system has always had to take into account the ever-evolving requirements of the Navy, the education and skills that new Sailors bring, the economics and efficiencies of Navy training, and the changing civilian world of work into which Sailors transition at the end of their time in the Navy. 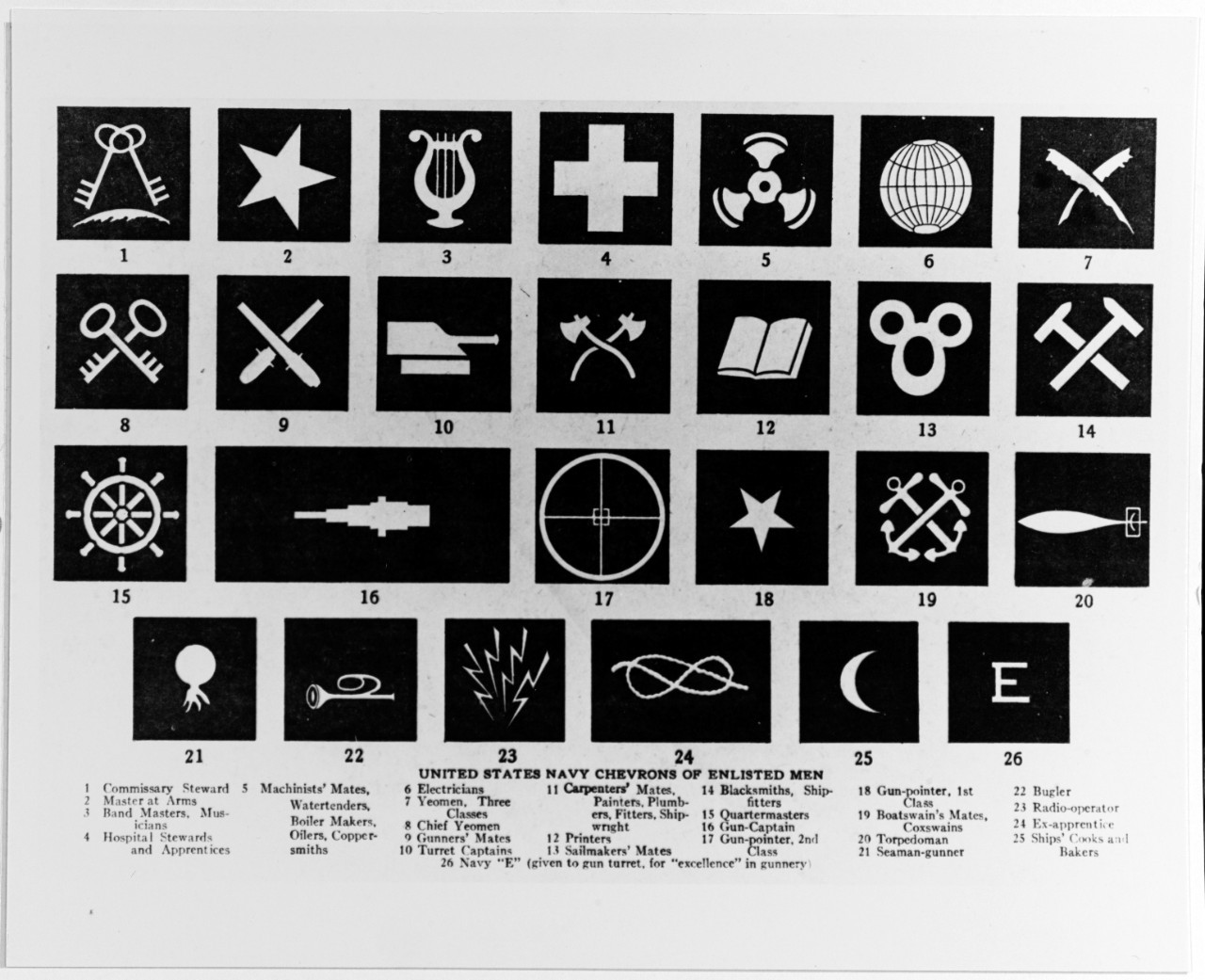 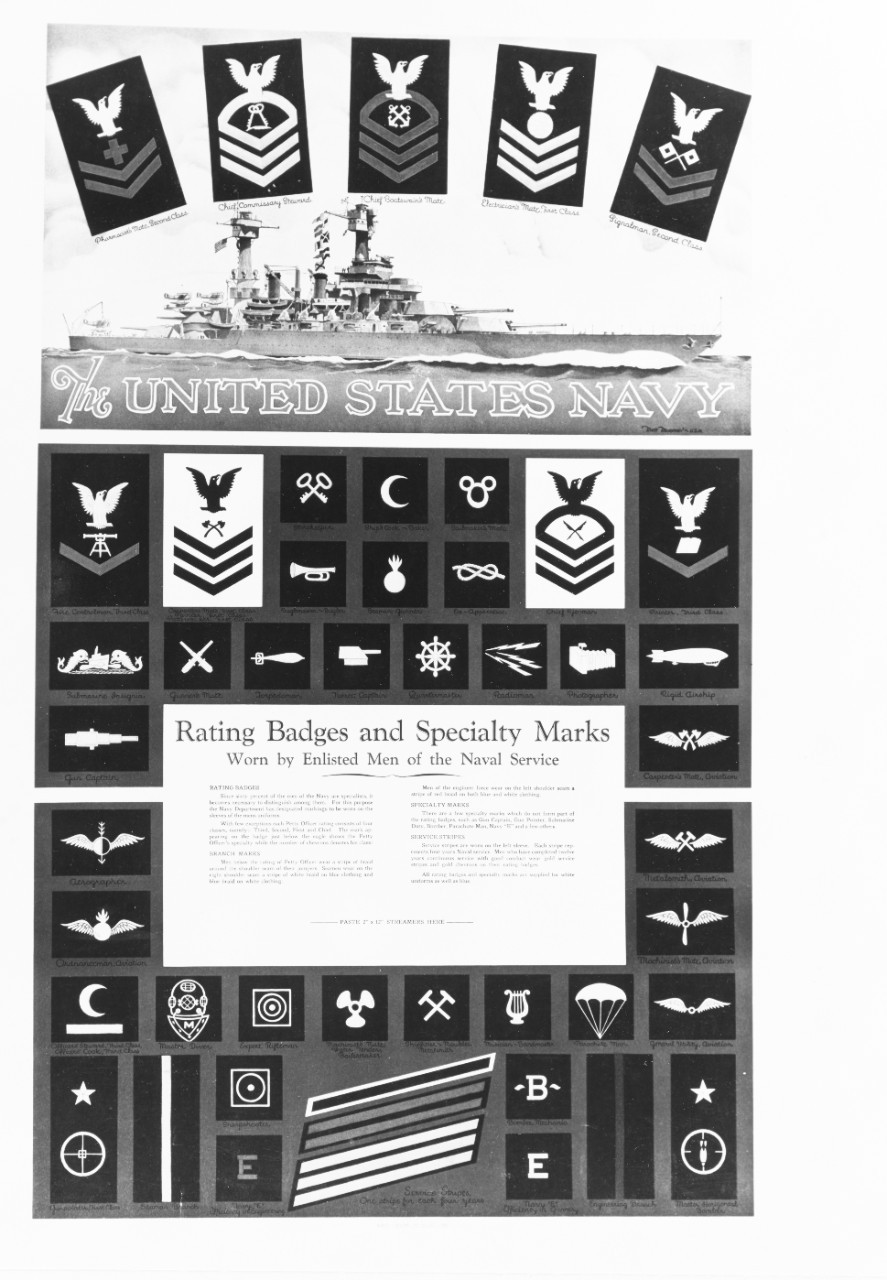 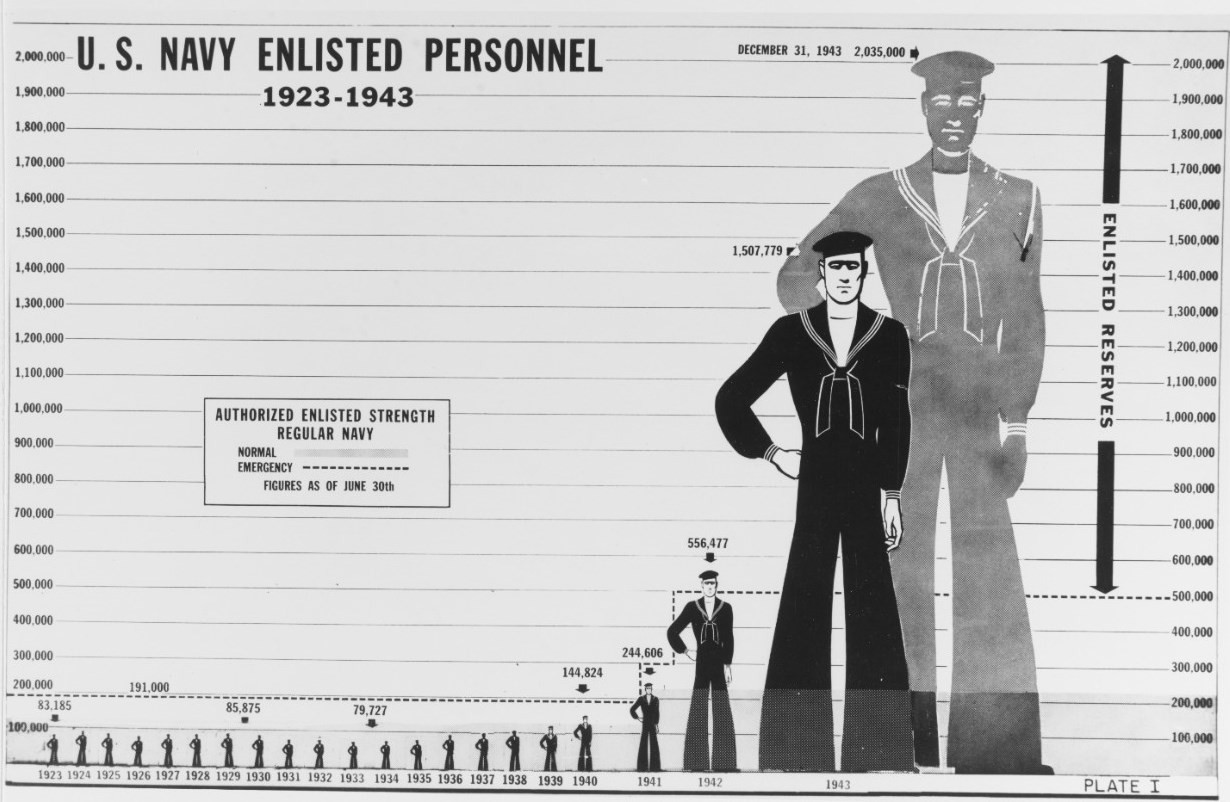 NH-79482. Plate one from Admiral E. J. King's 1943 report to the secretary of the Navy, showing Navy enlisted personnel strengths at yearly intervals from 1923 to 1943. Click image to download. 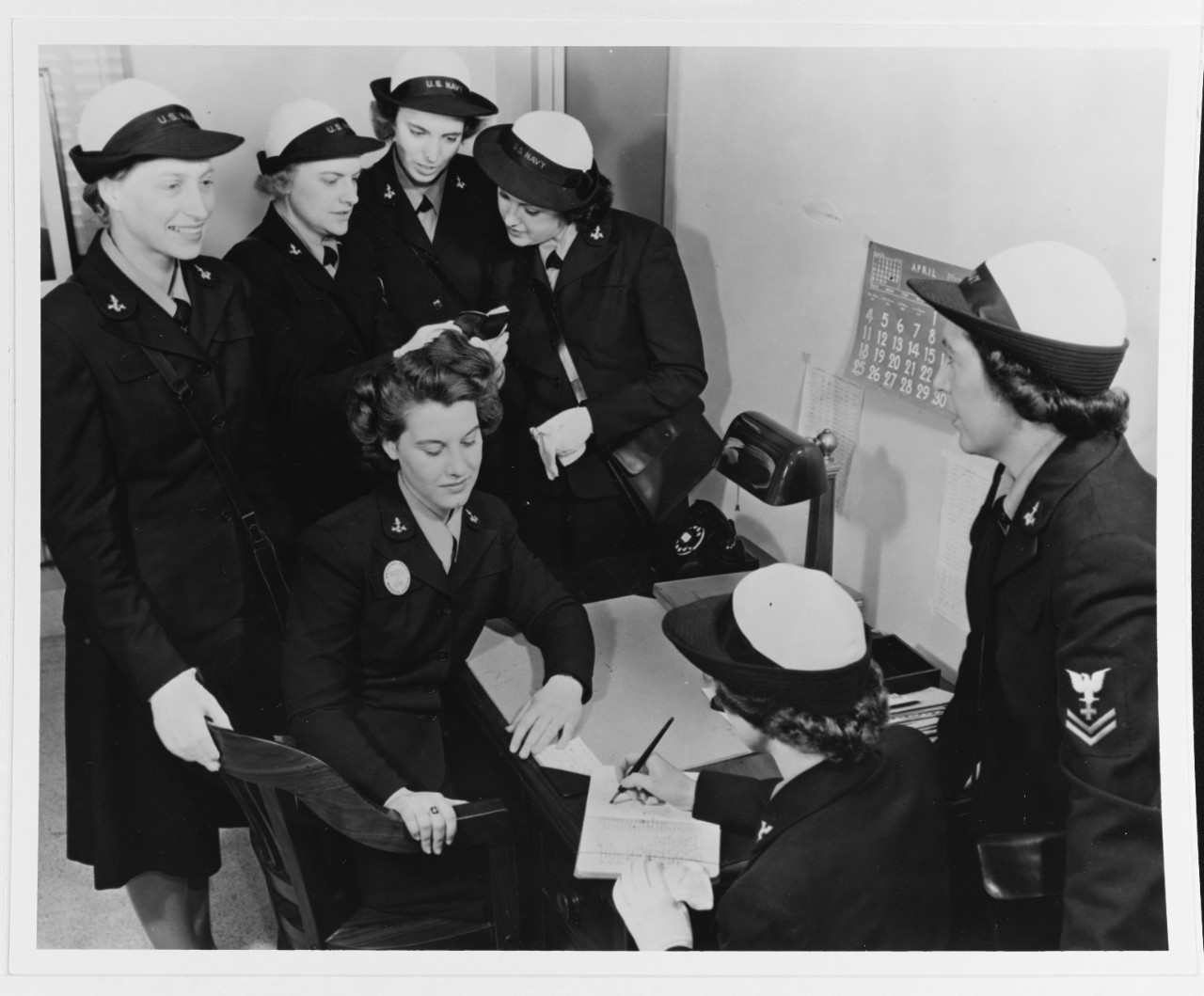 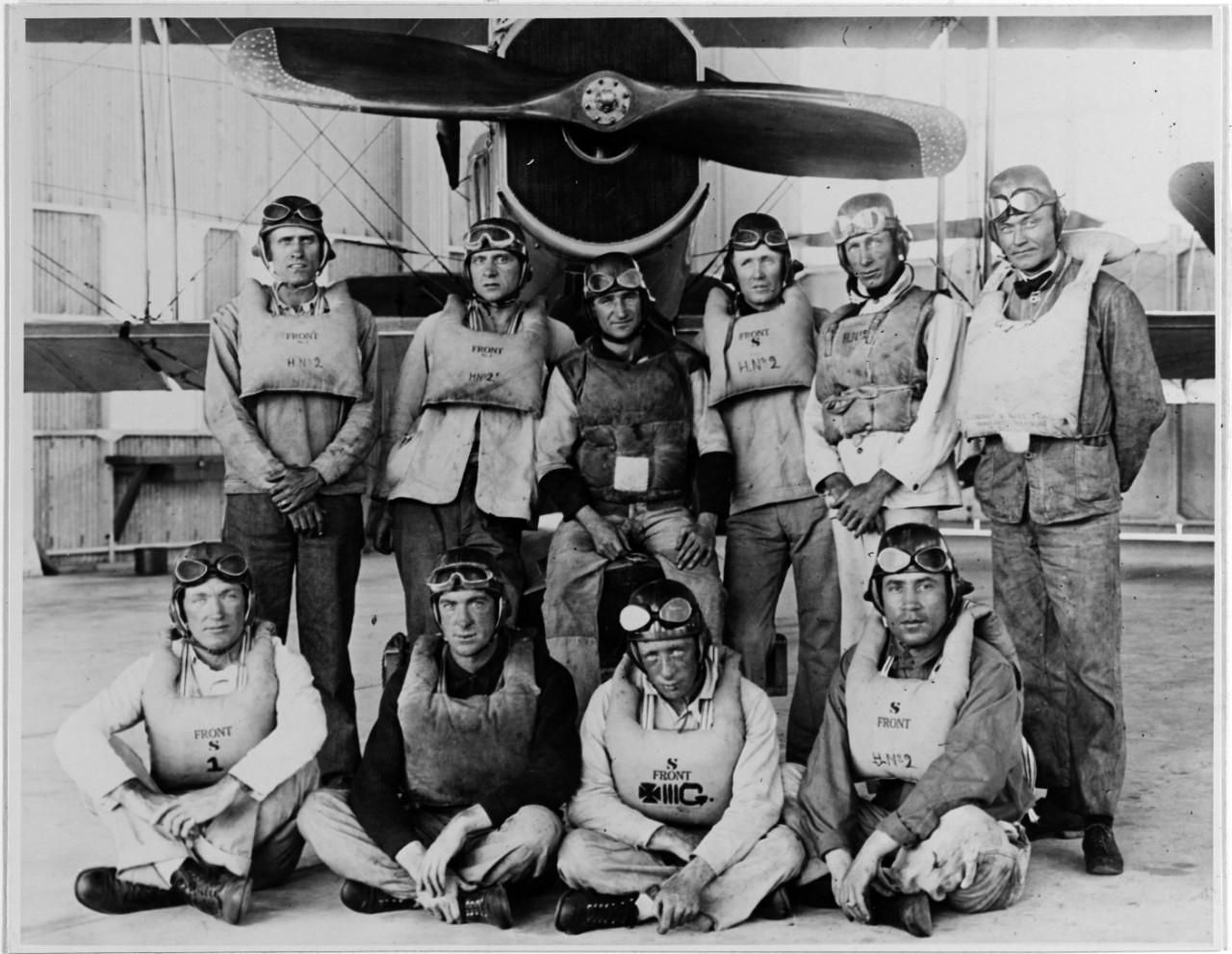 Compilation of Enlisted Ratings and Apprenticeships, U.S. Navy, 1775 to 1969

Ratings and the Evolution of Jobs in the Navy (1971)

Diving History: A History of the Navy Diver Rating