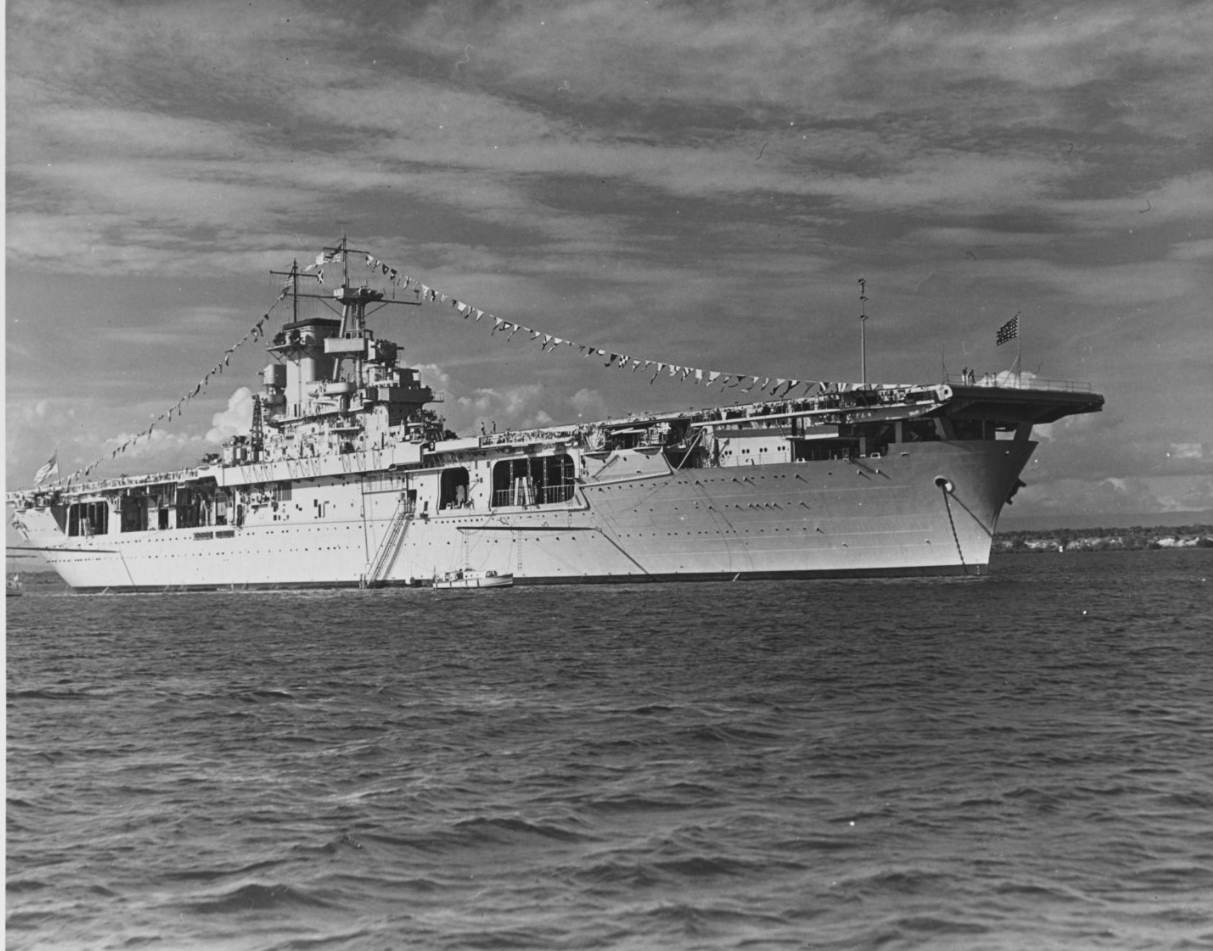 Construction on the eighth Wasp (CV-7) began on 1 April 1936 at the Bethlehem Shipbuilding Co. (Quincy, Massachusetts). She was launched on 4 April 1939, and was commissioned on 25 April 1940 at the Army Quartermaster Base, South Boston, Massachusetts, with Captain John W. Reeves Jr. in command.

Wasp was initially employed in the Atlantic campaign supporting the occupation of Iceland in 1941, the British Home Fleet in April 1942, and transporting British fighter aircraft twice to Malta. In June 1942, Wasp was transferred to the Pacific to support the battles of Coral Sea and Midway under the command of Captain Forrest P. Sherman.

On 15 September 1942, after supporting the invasion of Guadalcanal, Wasp was fatally hit by three torpedoes from a Japanese submarine. Total casualties included 25 officers and 150 men. Jack Singer, an International News Service correspondent, also died in the disaster.

As a result, Wasp was scuttled by USS Lansdowne that night, and she sunk at 2100 by the bow. Captain Sherman later praised the captains of the five destroyers who came to the rescue of his men, stating, "Their task required the nicest judgment in seamanship and required that their ships be stopped for considerable periods while many seriously wounded casualties were laboriously taken aboard. The limited facilities of the Duncan and Lansdowne in particular were stretched almost to the breaking point in an attempt to support life in the gravely wounded and to make all others as comfortable as possible during the passage to port." 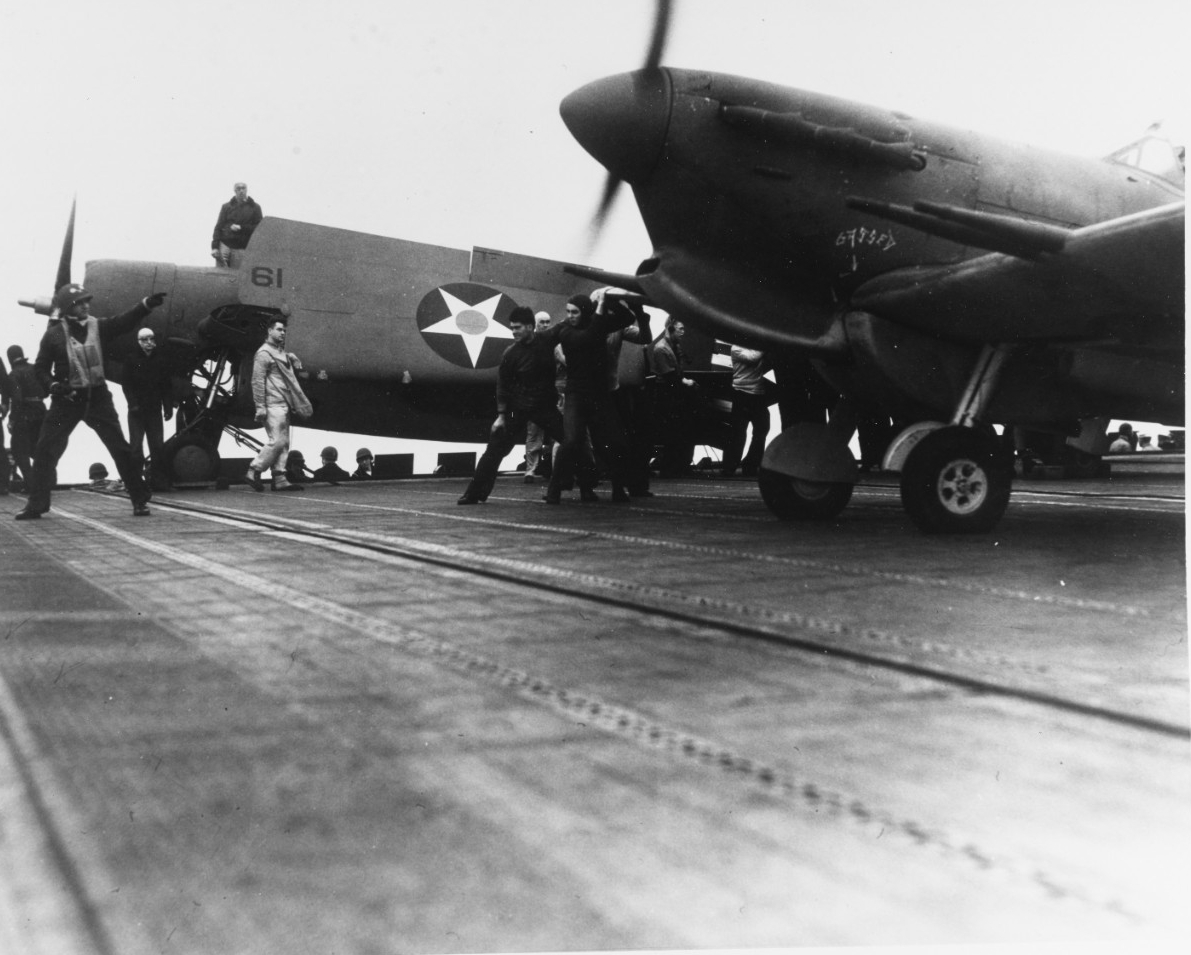 USS Wasp (CV-7). Launching officer, Lieutenant David McCampbell, USN, gets the ready signal from the pilot of a British Royal Air Force Spitfire, just before it took off for Malta, 9 May 1942. This was Wasp’s second Malta reinforcement mission. Note deck crewmen holding the plane back. A Grumman F4F-4 Wildcat is in the background. Official U.S. Navy Photograph, now in the collections of the National Archives. 80-G-7085 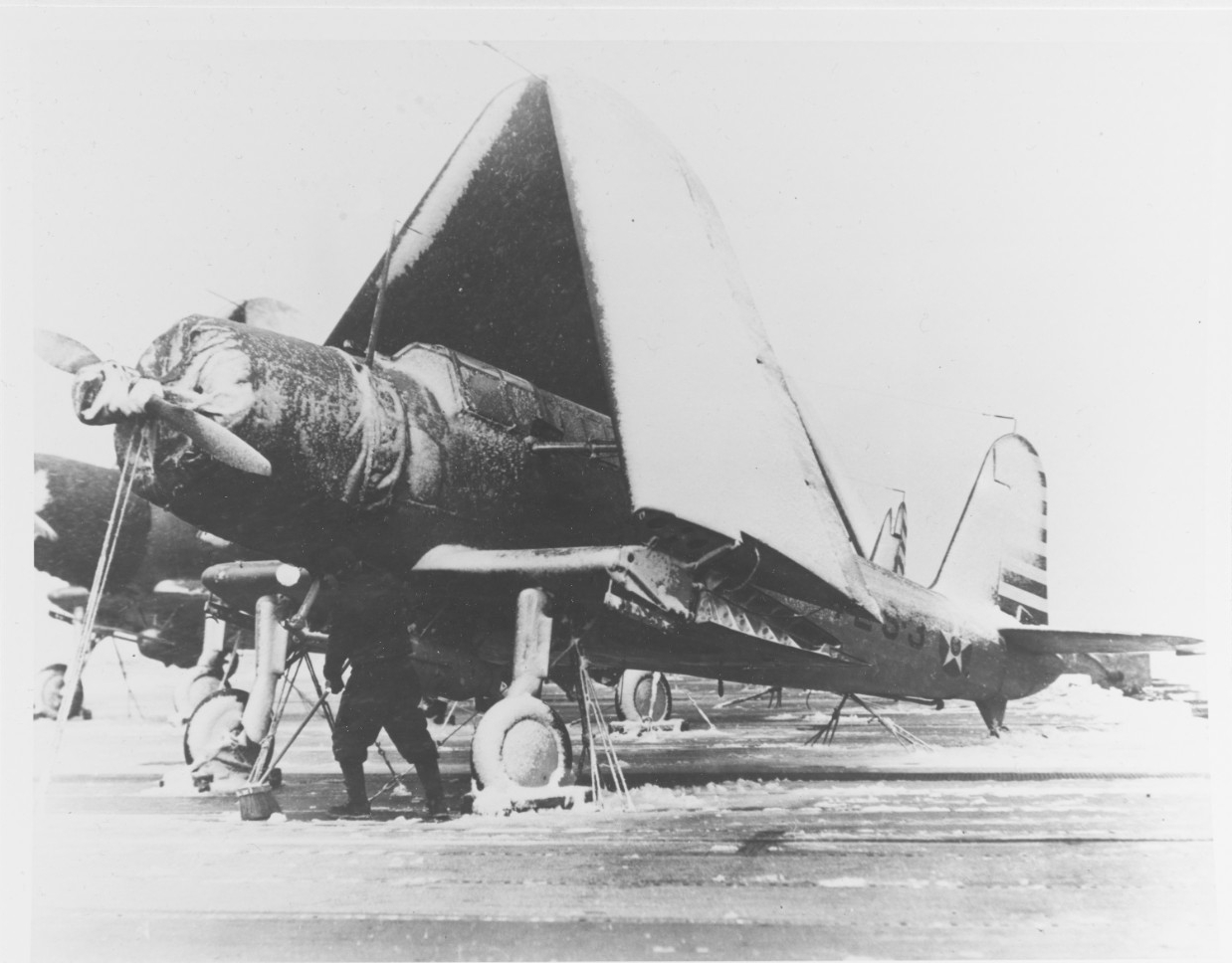 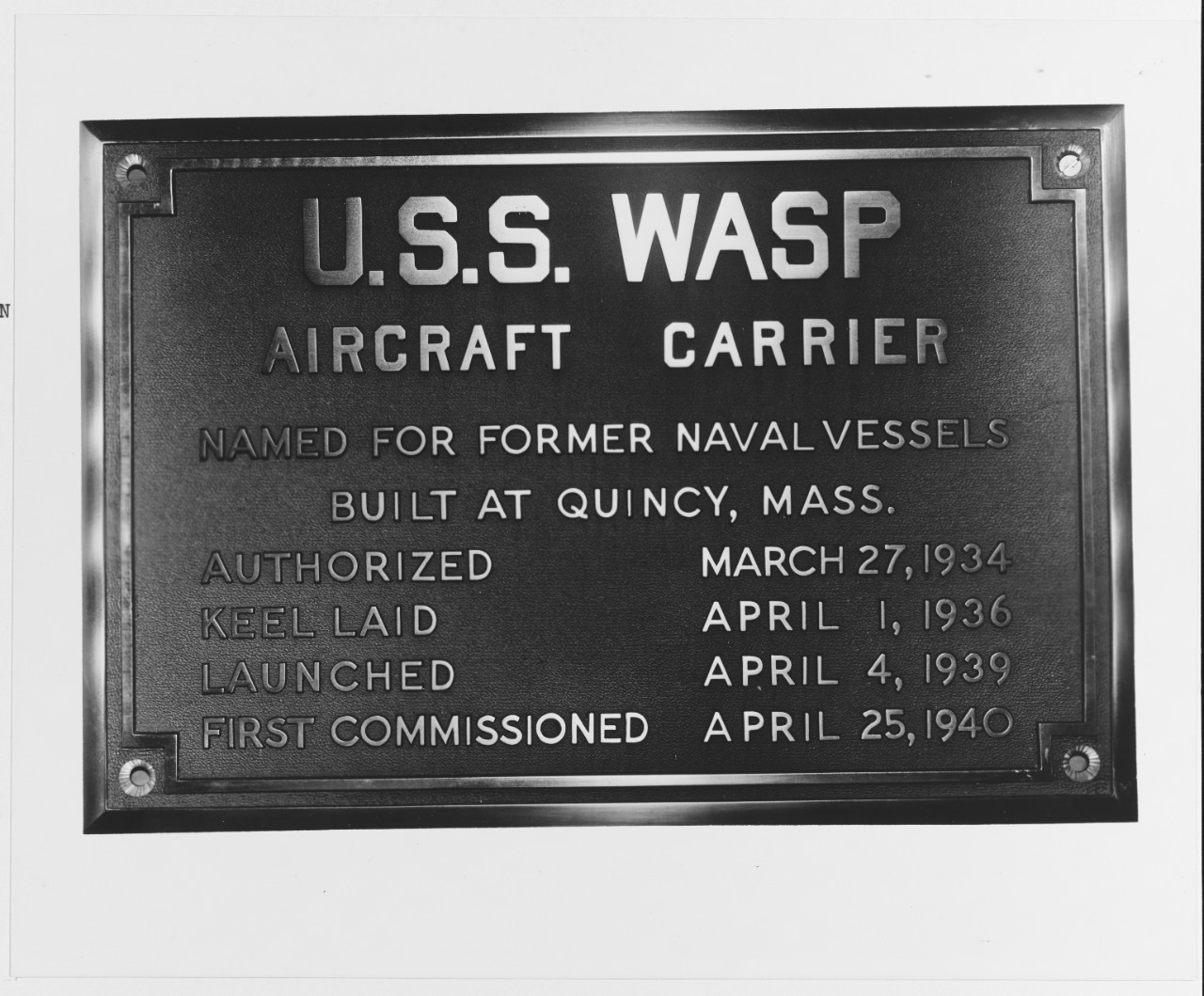 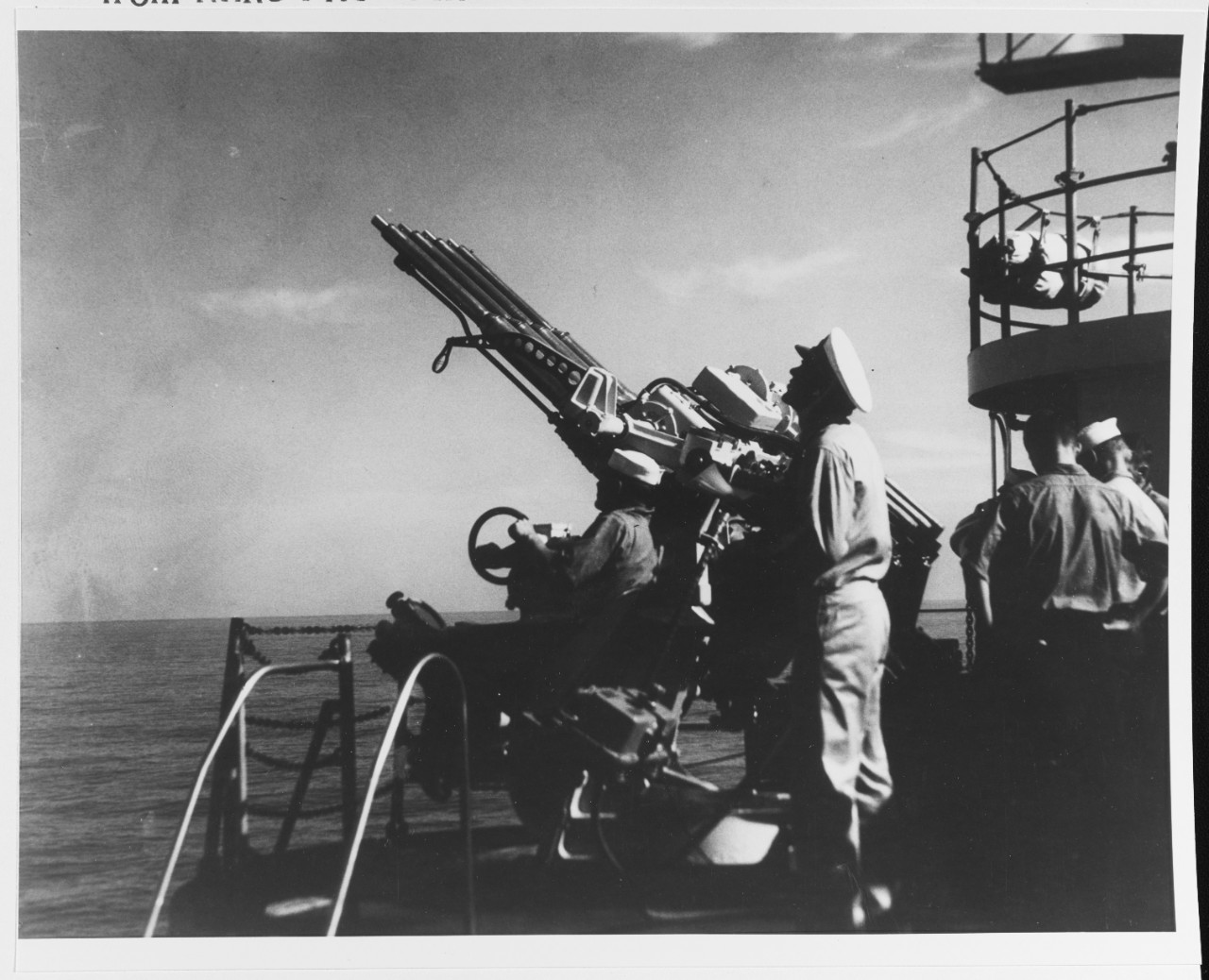 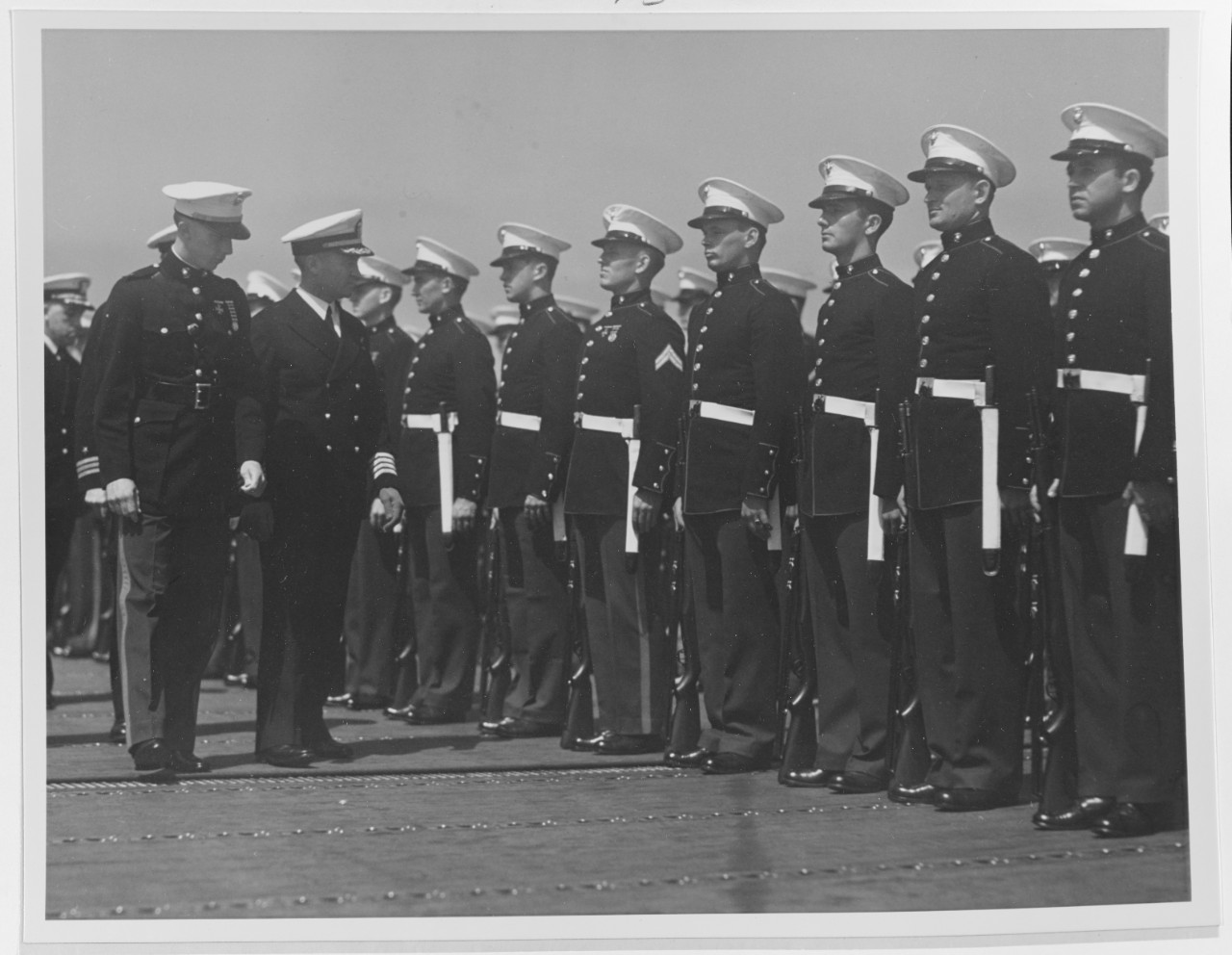 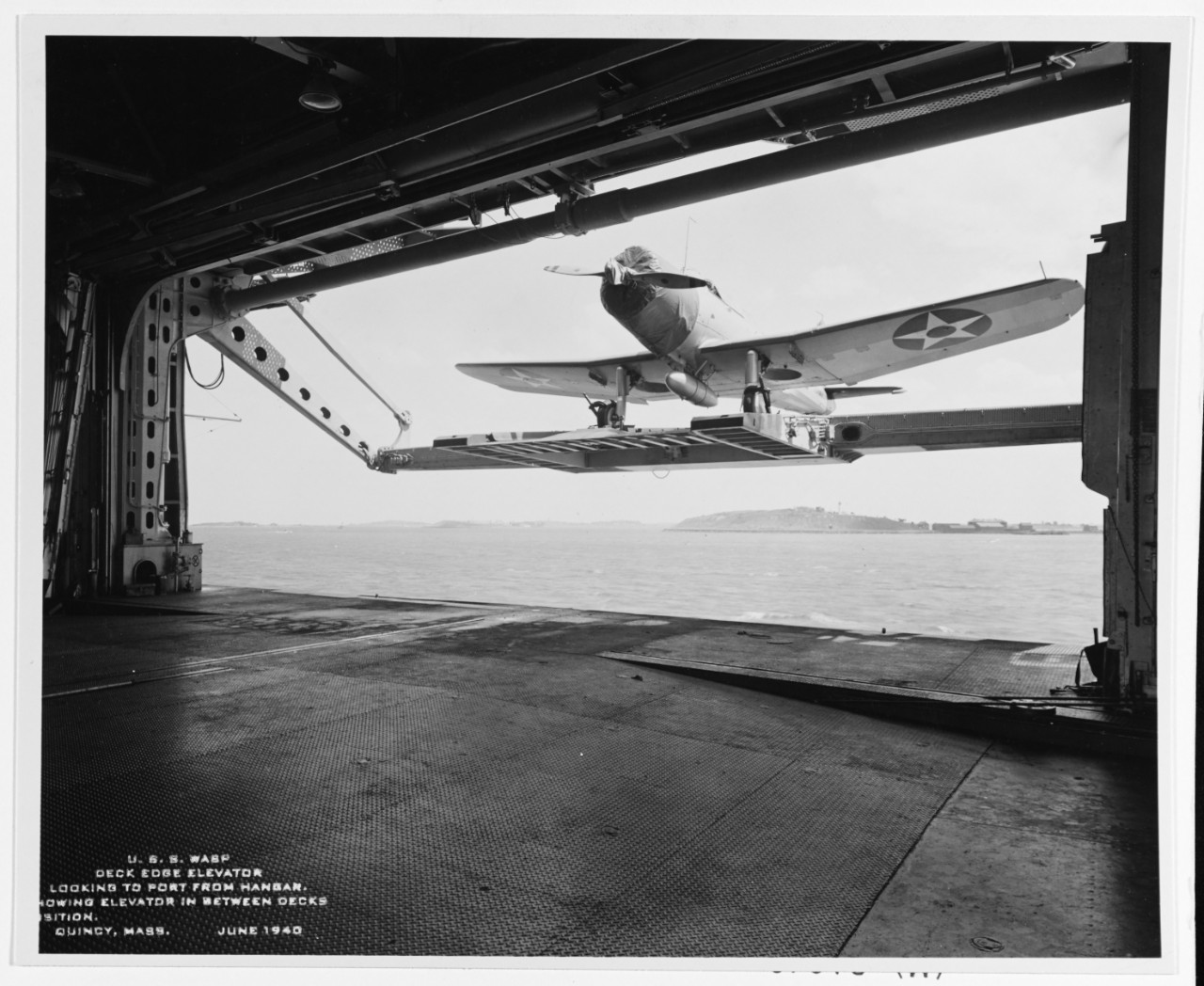 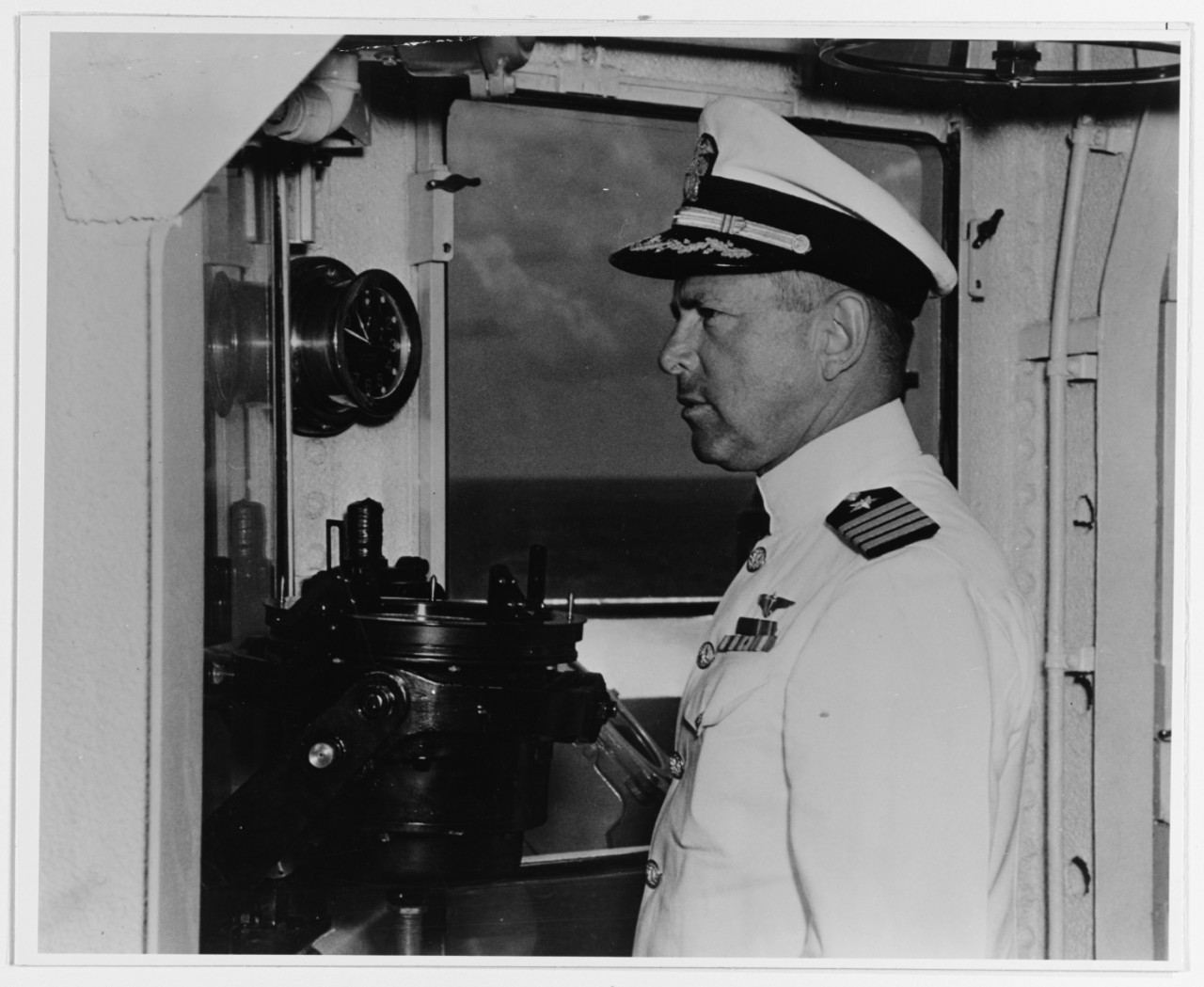 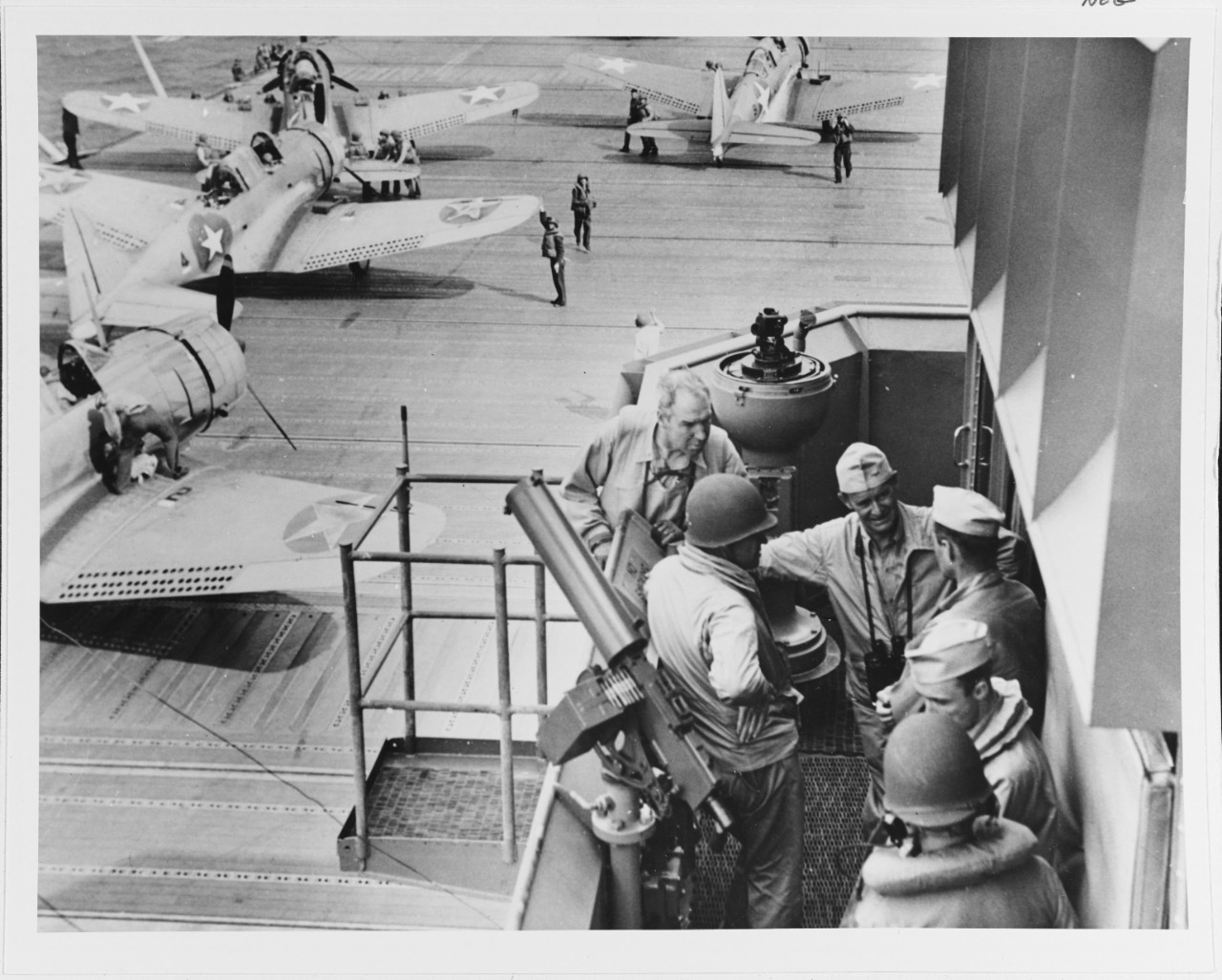 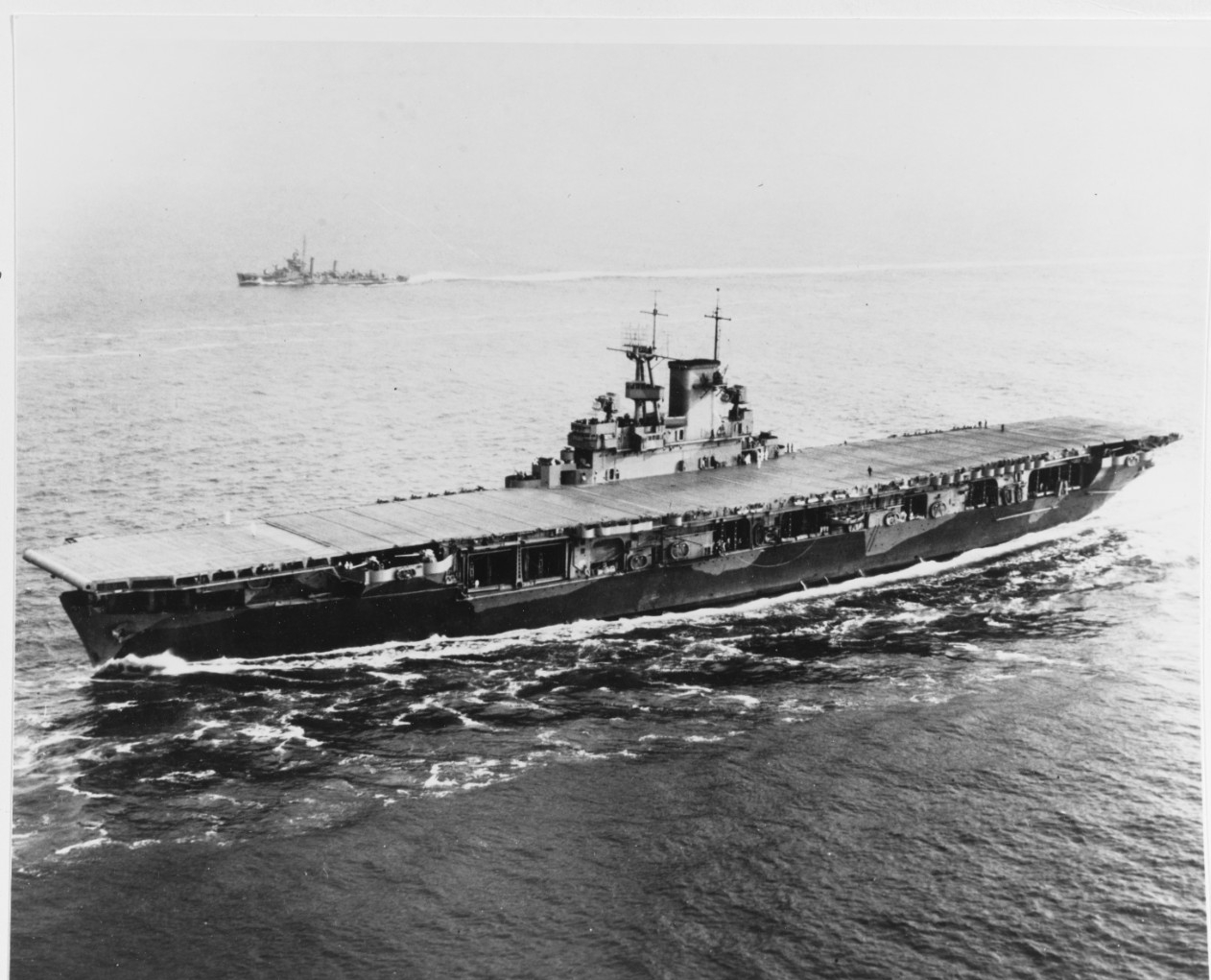 USS Wasp (CV-7) ntering Hampton Roads, Virginia, on 26 May 1942. An escorting destroyer is in the background.