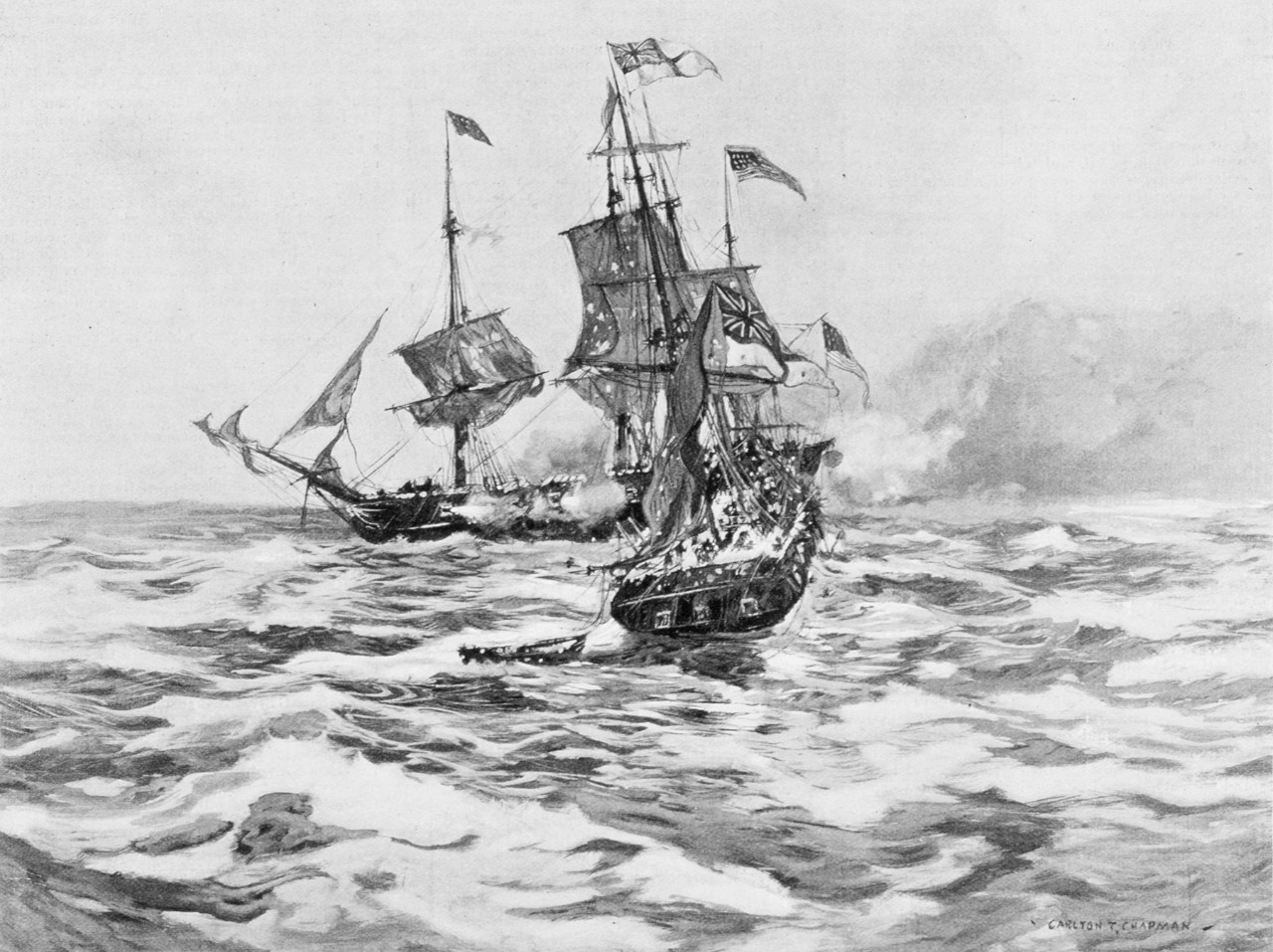 During America’s second war with Great Britain, sloop-of-war Wasp was constructed at Newburyport, Massachusetts, and commissioned in early 1814 with Master Commandant Johnston Blakeley in command. She was anchored at Portsmouth, New Hampshire, until late spring of that year (awaiting orders) before she was put to sea on her first war cruise to the western approaches of the English Channel. Wasp captured her first enemy vessel, the 207-ton bark Neptune, 2 June. She subsequently took the ship’s crew as prisoners and burned the English vessel. Eleven days later, she seized and burned the 91-ton brig William. On 18 June, Wasp captured, without resistance, the 131-ton armed brig Pallas and scuttled the ship. Wasp's fourth encounter was with the 171-ton Henrietta on 23 June, but the ship was not destroyed and the prisoners captured up to that point were released. Three days later, Wasp captured and scuttled her fifth victim, the 325-ton Orange Boven.

In the late afternoon of 28 June, Wasp encountered the 21-gun sloop-of-war Reindeer, 225 miles west of Plymouth, England. Reindeer was under orders to engage the deadly American ship that had destroyed multiple British ships in just a short span of time. The battle lasted only 19 minutes, but during that brief span of time both sides traded a barrage of broadsides before the ships came into direct, physical contact. Several times, Reindeer’s crew tried to board Wasp, but the American crew repulsed them on each occasion. In the end, it was the Wasp crew that boarded the British ship. After they boarded, Reindeer’s commander, William Manners, continued to urge his crew to fight back, but he was ultimately killed by a musket shot from Wasp’s rigging. Once onboard, the Americans swarmed the British crew and drove them below deck. The British captain’s clerk, who was one of the last remaining officers onboard Reindeer, eventually surrendered to the Americans. The crew of Wasp took the surviving sailors as prisoners, and after deciding the ship was too damaged to take as a prize, burned it. Wasp suffered 26 casualties with 11 killed in action. Reindeer had 25 killed and 42 wounded. Wasp suffered six hits to her hull and some of her rigging was shot away, but she was still operational. After taking prisoners onboard, setting fire to Reindeer, and watching her explode, Wasp hoisted her sails for L'Orient, France. While en route, the damaged Wasp managed to take two more prizes, the 112-ton brig Regulator on Independence Day 1814 and the 151-ton schooner Jenny two days later. Not long thereafter, she entered L'Orient for repairs, provisions, and to care for her wounded.

Wasp remained in L'Orient until she put to sea again on 17 August 1814. On her third day underway, she captured the brig Lettice, and the following day took another enemy ship, Bon Accord. Early in the morning of 1 September, she spotted a convoy of 10 ships escorted by the 74-gun, ship-of-the-line Armada. Wasp made way toward the convoy and singled out brig Mary, which was quickly taken. The crew took her crew as prisoners and burned the ship. The American sloop-of-war then attempted to take another ship in the convoy, but Armada chased her off. That evening, Wasp’s crew spied another sail on the horizon and gave chase. By early evening, she had 18-gun, 477-ton brig Avon within range and opened fire. The British returned fire for about a half-an-hour, after which her battery ceased fire. When Wasp did the same and called for the ship’s surrender, the British answered with another cannonade. Wasp once again opened fire on the ship. Some broadsides later, Avon's guns fell silent once more and Wasp repeated the call for surrender. Avon, at this point, was a badly battered hulk and had no choice but to comply. However, just as Wasp began to lower a boat for the prize crew, a lookout sighted another enemy brig. Wasp's crew manned their battle stations immediately in hope of taking the newcomer as well. Just then, two more British ships appeared on the horizon and Wasp was forced to give up the destruction of Avon to save herself. The lead British ship hauled in close to Wasp's stern and fired a broadside into Wasp’s rigging that considerably damaged her sails and running rigging. Then, the British ship stopped the engagement and rendezvoused with the other two ships following her and the sinking Avon. Wasp departed the area.

The American warship continued to wreak havoc on the British merchant marine. On 12 September, she encountered another enemy brig and scuttled her, and two days later sank the brig Bacchus. On 21 September, eight-gun brig Atlanta came into contact with Wasp, and she, too, suffered the humiliation of capture. Deemed too valuable to destroy, Atlanta was taken as a prize and sent to Savannah, Georgia. From the time Wasp and Atlanta parted company, nothing more was heard from the gallant American ship. She was last seen by a Swedish merchantman bound from Rio de Janeiro to Falmouth, England, about three weeks after the capture of Atlanta and was said to be headed for the Caribbean. It is believed that Wasp sank in a storm with the loss of all hands. 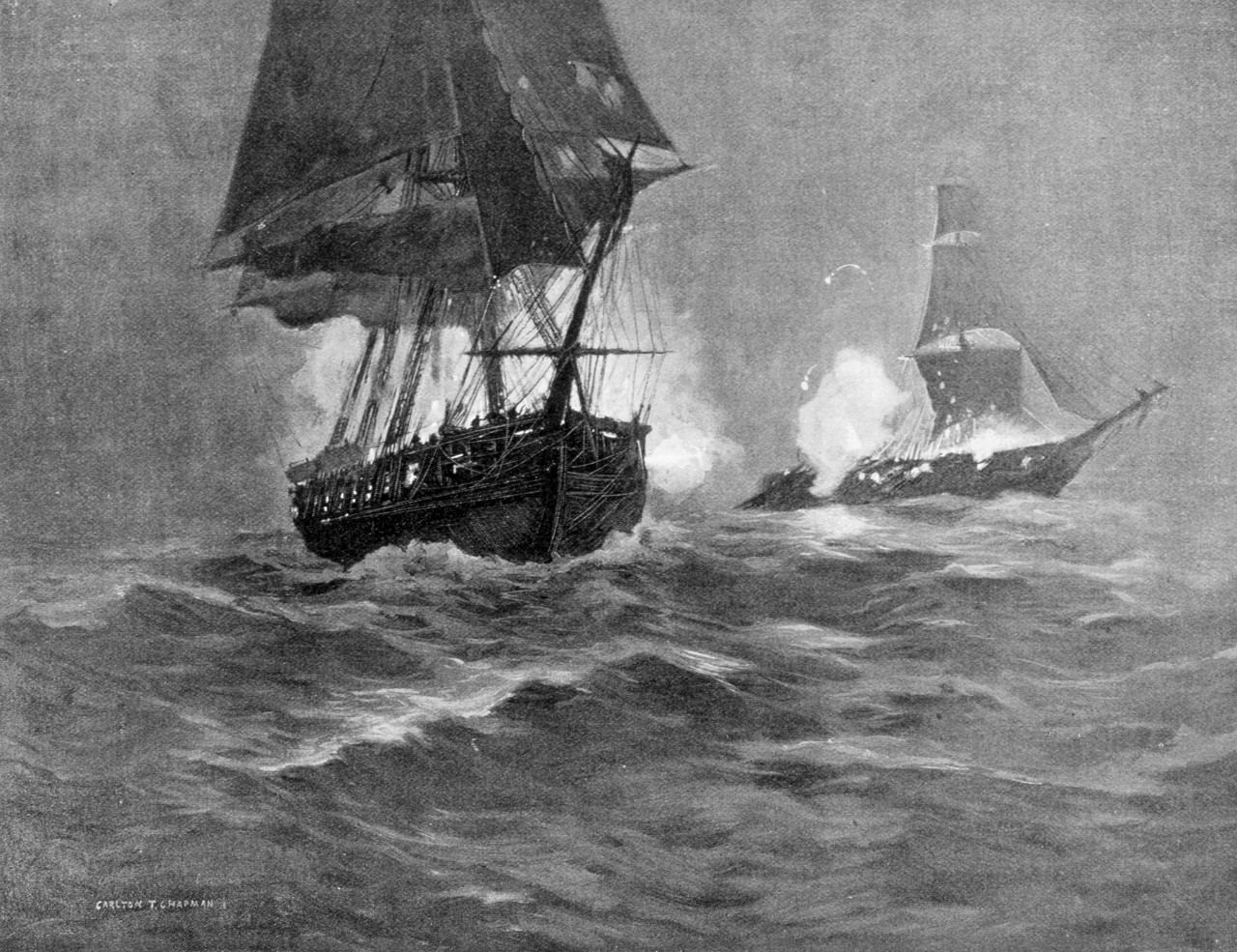 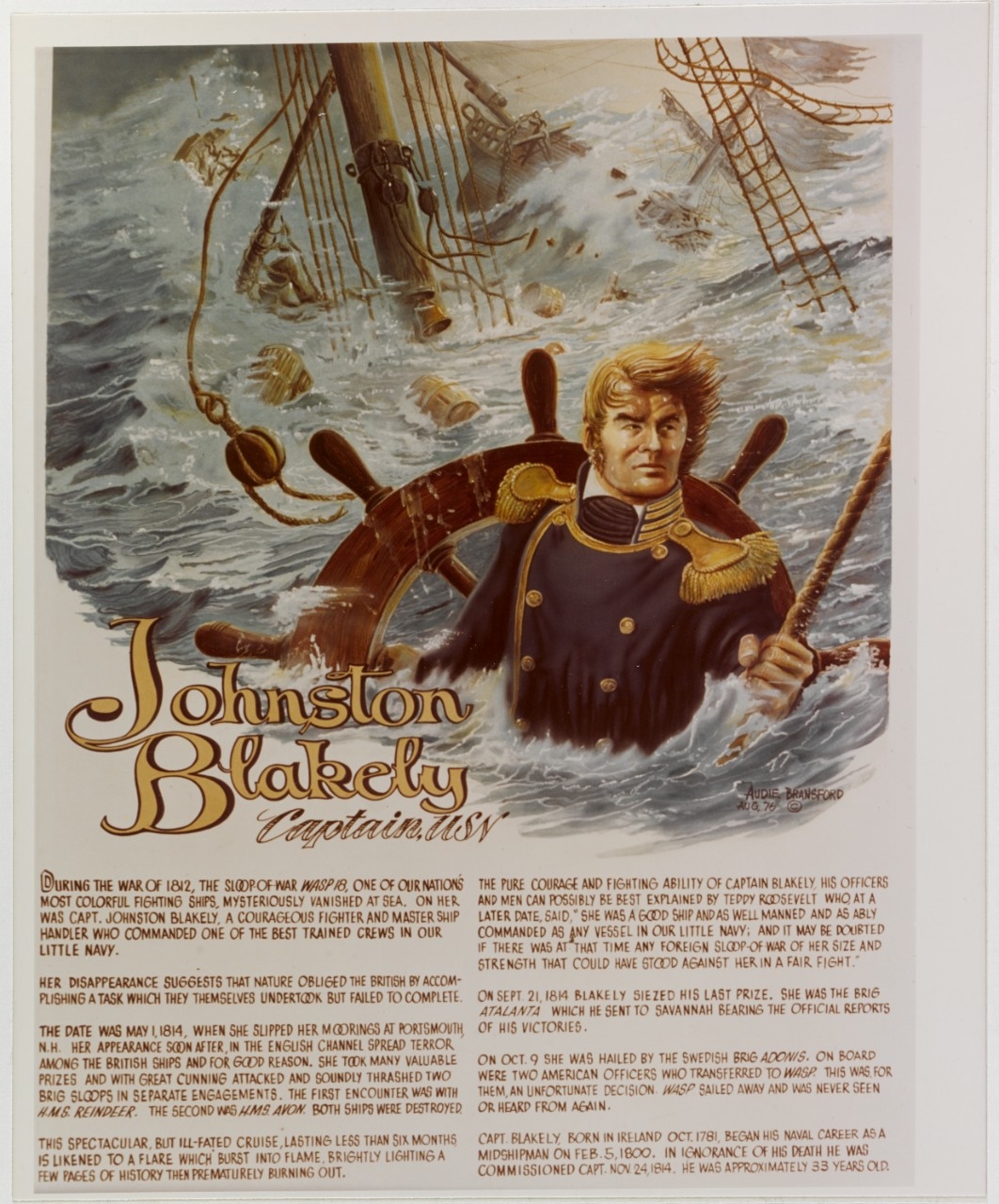 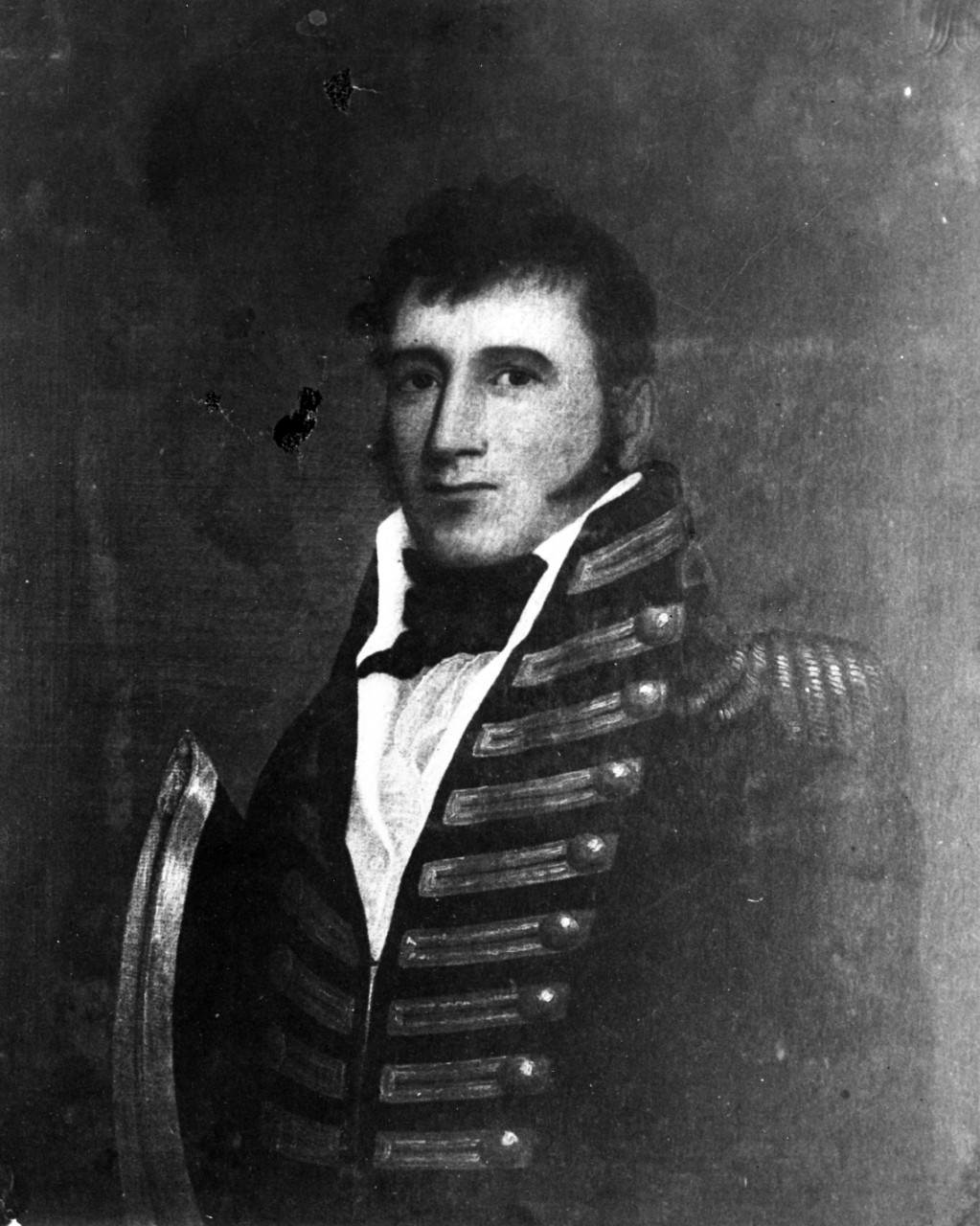