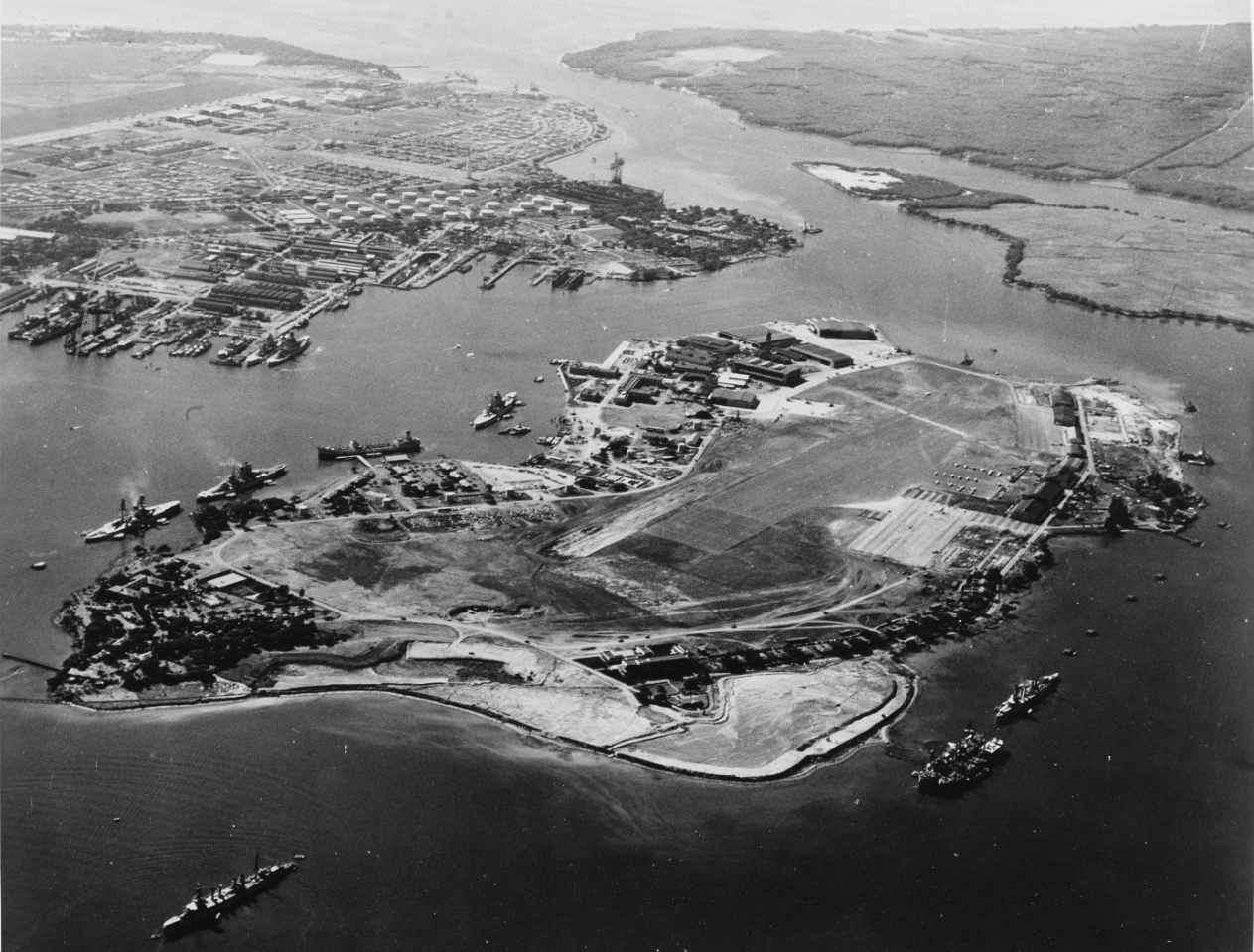 Naval Station Pearl Harbor was established on the Hawaiian island of Oahu in 1908. Over the next ten years, the base grew. New facilities were constructed and the harbor’s channels and lochs deepened to accommodate the Navy's largest ships. In the mid-1930s, further efforts were made to improve the entrance channel and build repair facilities that would make Pearl Harbor a major overhaul base with capabilities equal to those at Mare Island and Puget Sound naval shipyards. In 1940, the Navy brought the Pacific Fleet to Pearl Harbor to act as a deterrent to the Japanese. Soon after, Pearl Harbor became the permanent home of the Pacific Fleet.

On the morning of 7 December 1941, Japanese naval forces launched a surprise attack on Pearl Harbor. Japanese aircraft attacked both the Pacific Fleet ships berthed in the harbor and the Army and Navy aircraft parked at various installations around the island, including Hickam Field and Ford Island. Approximately 2,403 military and civilians were killed and 21 ships damaged and/or sunk in the attack, although all but three were repaired and later returned to service.

Following World War II, Pearl Harbor remained the homeport of the U.S. Pacific Fleet, supporting naval operations during the Korean and Vietnam Wars. The base remains the site of the USS Arizona Memorial, as well as the home of museum ship USS Missouri and the historic World War II–era submarine USS Bowfin.

On 1 October 2010, Naval Station Pearl Harbor was combined with Hickam Air Force Base to become Joint Base Pearl Harbor–Hickam.