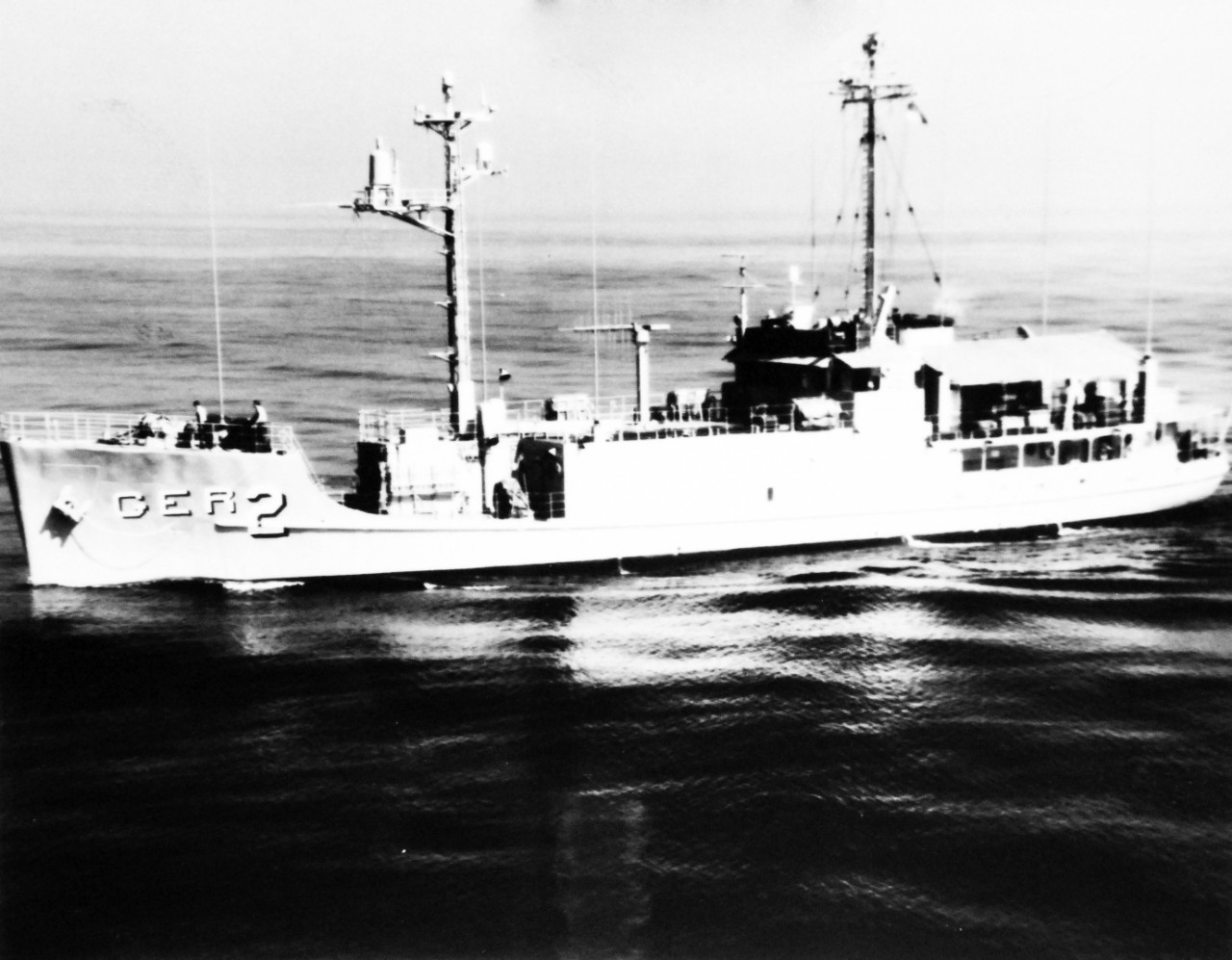 Pueblo rides low in the water as the ship completes her shakedown cruise in southern California waters, 19 October 1967. Click photo to download. (NH 1129208)

USS Pueblo (AGER-2) was built as a general purpose supply vessel for the Army Transportation Corps as FP-344. She was launched on 16 April 1944 and was delivered to the Army on 5 July 1944. She was reclassified as freight and supply vessel FS-344 until 1954, at which time she was taken out of service. 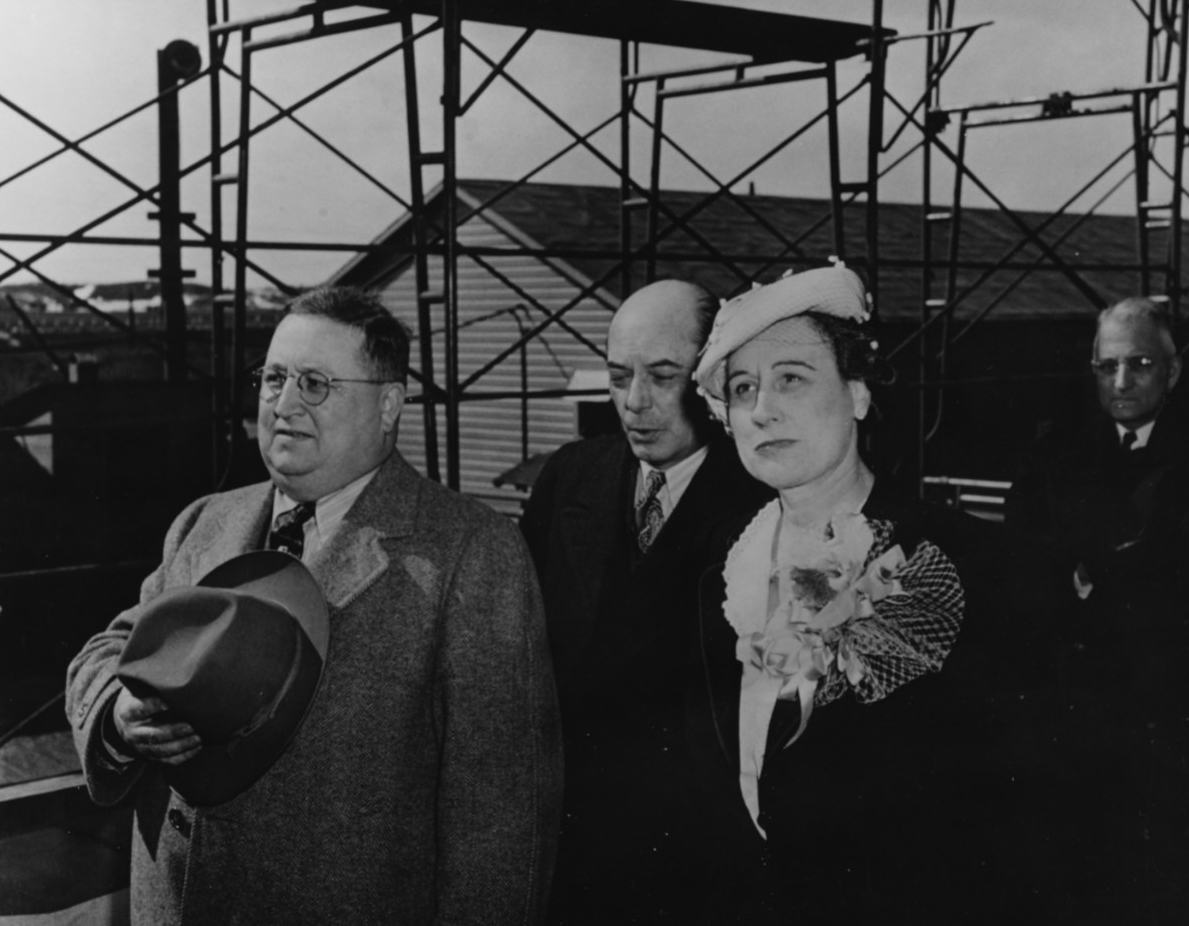 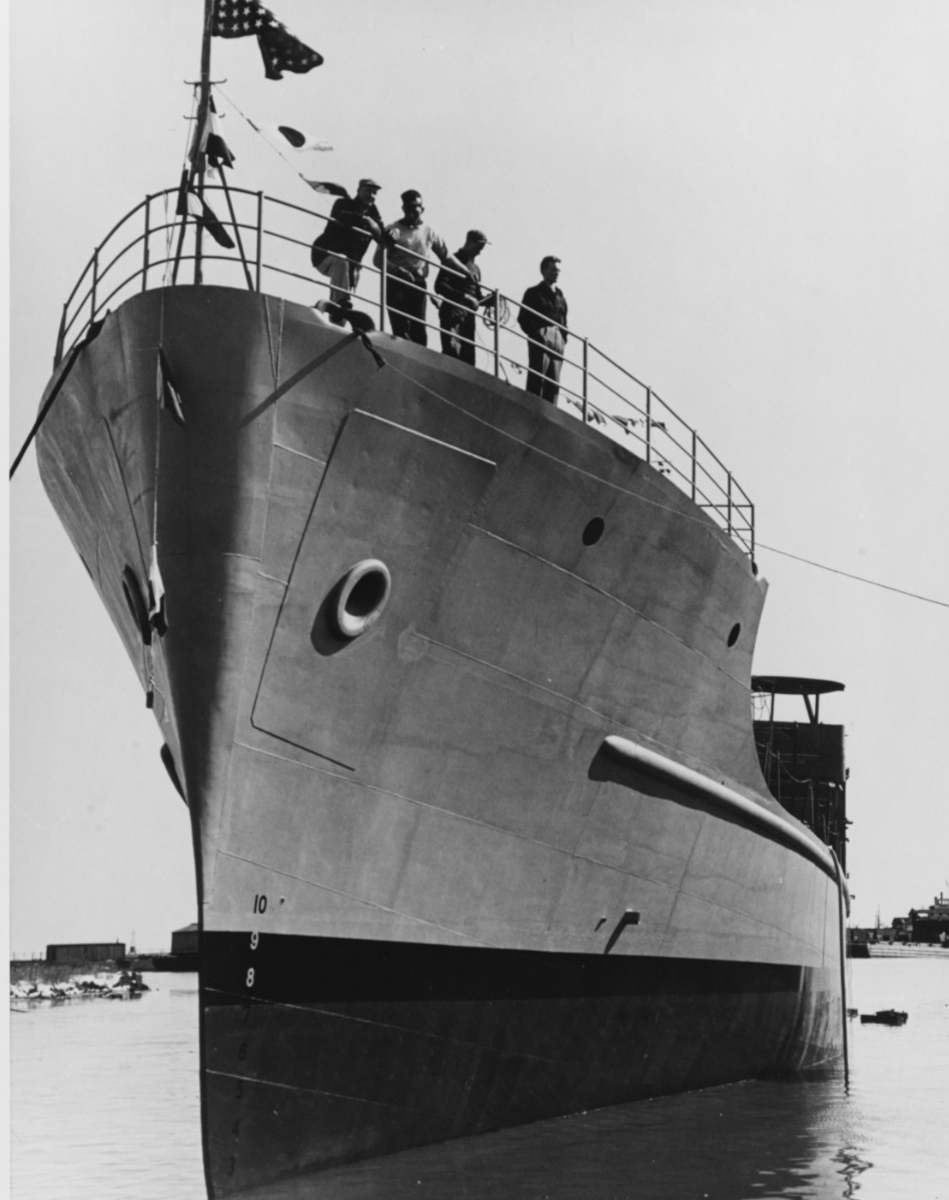 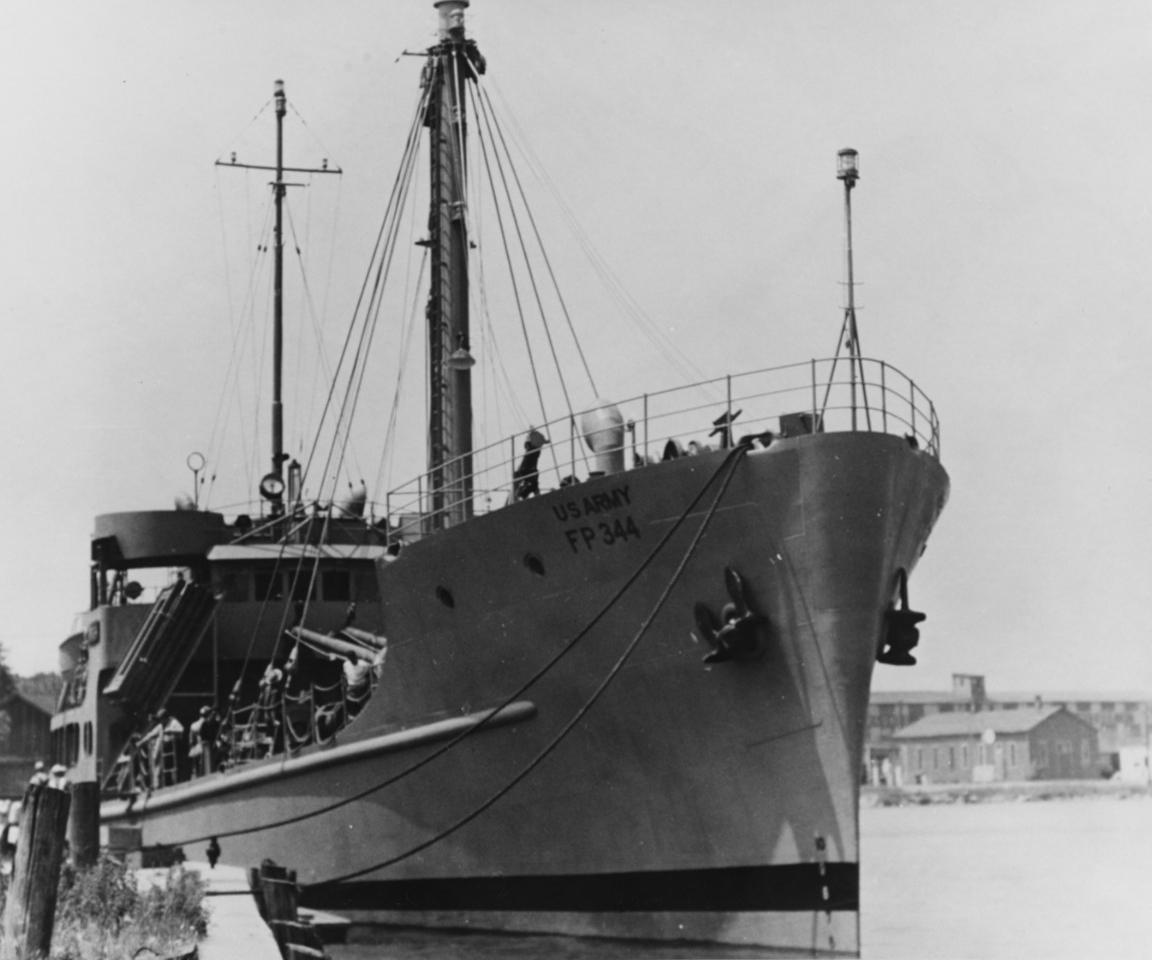 Transferred to the Navy on 12 April 1966, she was renamed USS Pueblo and was classified as a light cargo ship (AKL-44). After conversion at Puget Sound, she was reclassified to AGER-2 (Banner class) on 2 May 1967 with Commander Lloyd M. Bucher in command.

Pueblo sailed on her maiden voyage from San Diego on 6 November 1967 to her home port of Yokosuka. She reached Yokosuka on 1 December 1967. The ship was to patrol in the vicinity of the Tsushima Strait, the eastern channel of the Korea Strait, and return to Sasebo on 4 February.

At about 1220 on 23 January 1968, USS Pueblo was confronted by North Korean P-4 class torpedo boats P/N 601, P/N 604, and P/N 606 joined P/N 35 "Heave to or I will open fire on you,” P/N 35 hoisted seven minutes later. Pueblo temporarily avoided the boarders but at about 1420, P/N 604 backed toward her bow with her fenders rigged, and at 1432 the ship sent her final and ominous transmission: “…being boarded at this time… going off the air now and destroying this gear.” Two North Korean junior officers armed with automatic pistols led eight-to-ten riflemen with fixed bayonets on board of the vessel, and a short while later a colonel led a second boarding party and one of their pilots took the helm.

The North Koreans claimed that they seized Pueblo because she violated their territorial waters, but the ship’s closest point of approach to land measured just over 15 nautical miles from Ung-Do, an island that marked the nearest land. The 82 Pueblo survivors endured 11 months of cruel captivity before being released on 23 December 1968.

The Navy initially refused to authorize the survivors their Prisoner of War Medals, and only awarded them the medals during ceremonies at San Diego on 5 May 1990. All of the men received the National Defense Service Medal. In addition, a number of them received the Navy Commendation Medal and/or the Navy Achievement Medal, their citation for the former noting that they withstood “the continual harassments of beatings, threats, personal indignities, and malicious propaganda,” and successfully resisting “all attempts” by the North Koreans to use them “in causes detrimental to the United States.”

During Pueblo’s naval service she received the Combat Action Ribbon for her battle on 23 January 1968, and the Armed Forces Expeditionary Medal (10–23 January 1968).

While at the time of writing Pueblo is carried on the [U.S.] Naval Vessel Register as “Active, In Commission,” the North Koreans retain her as a museum ship at their Pyŏngyang Victorious War Museum. 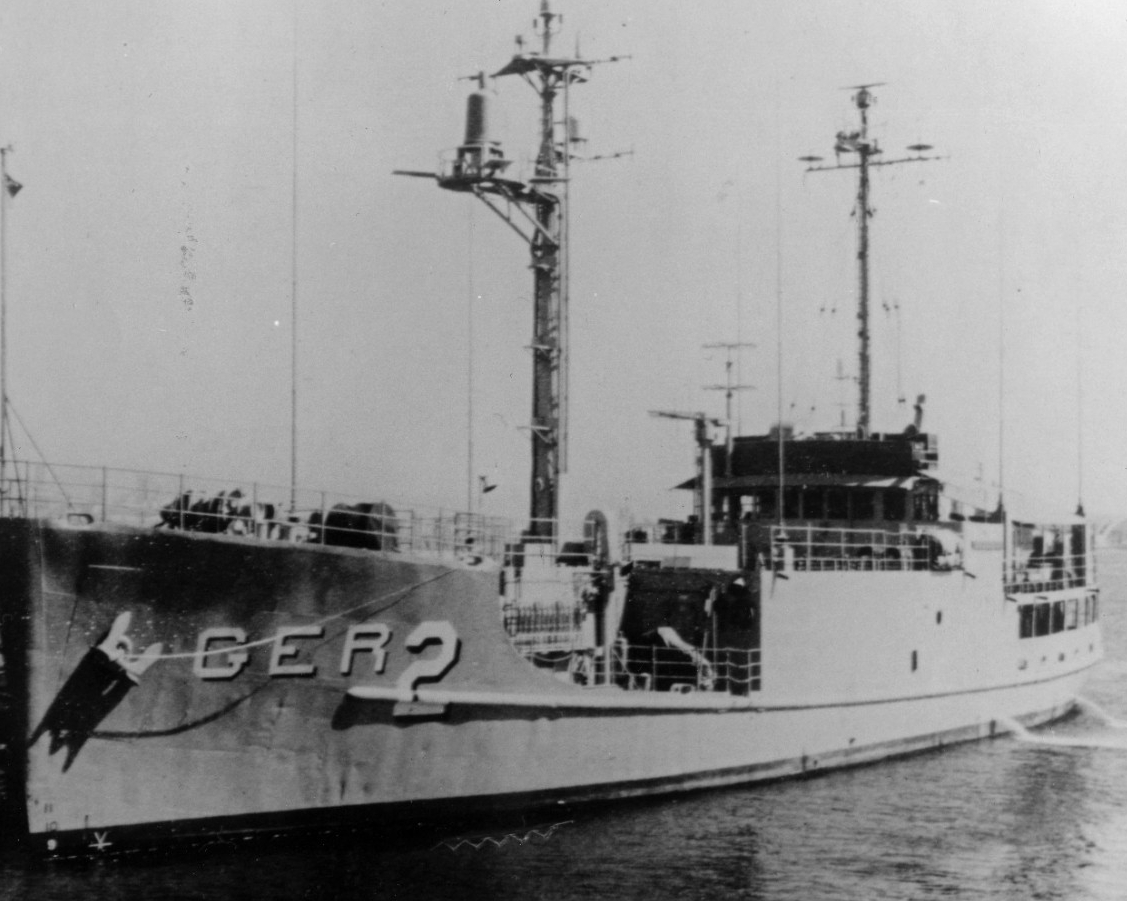 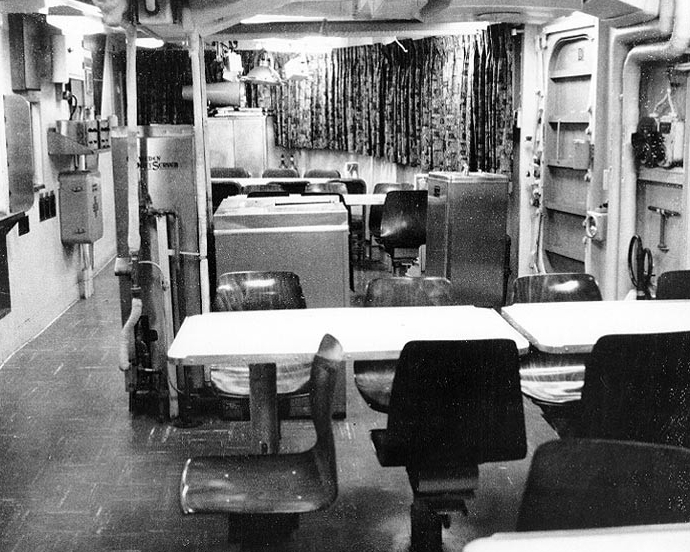 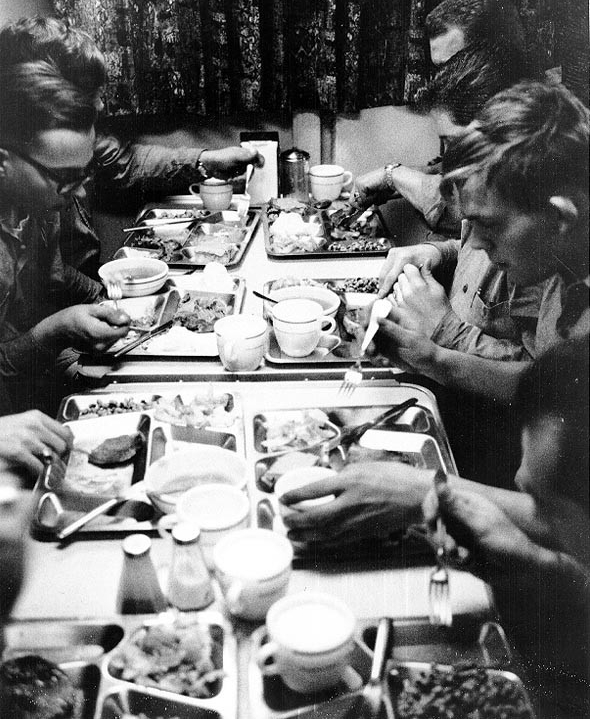 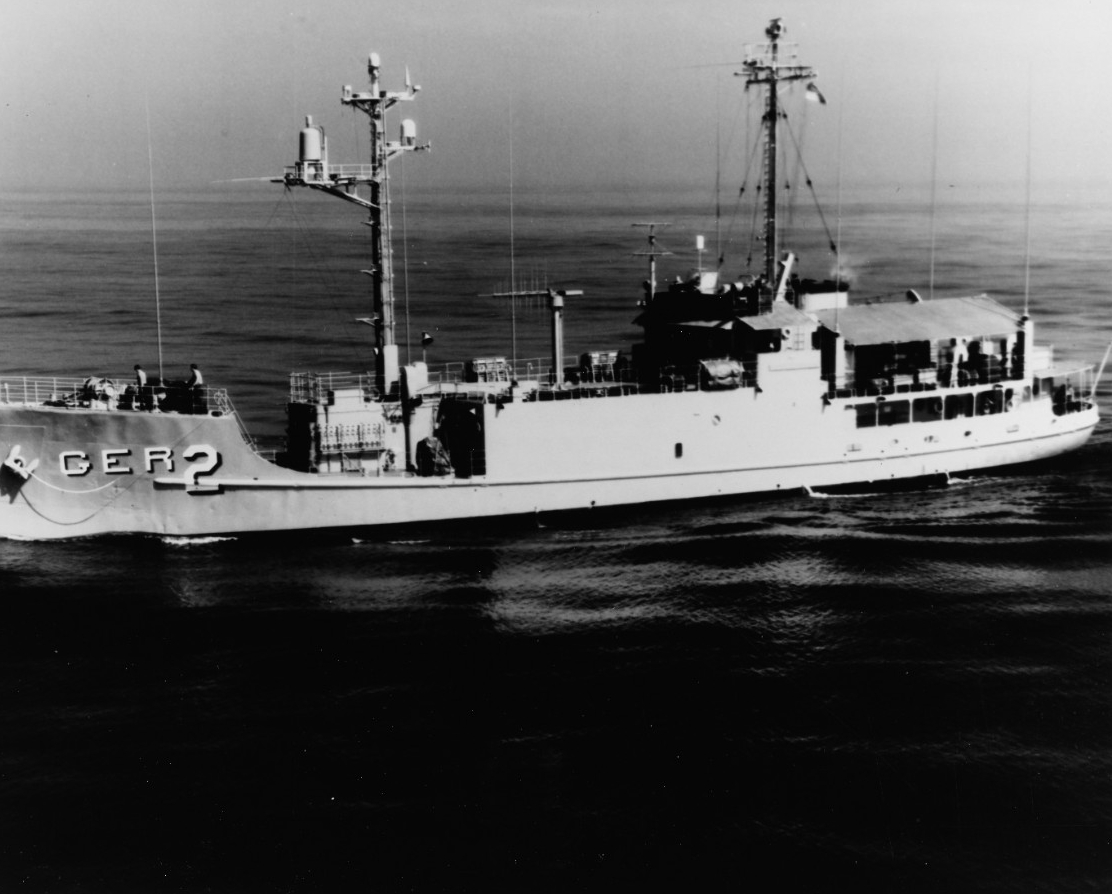 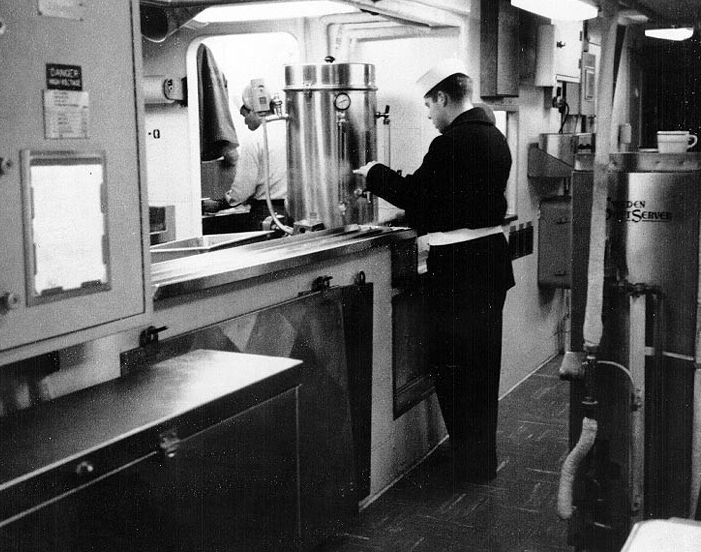 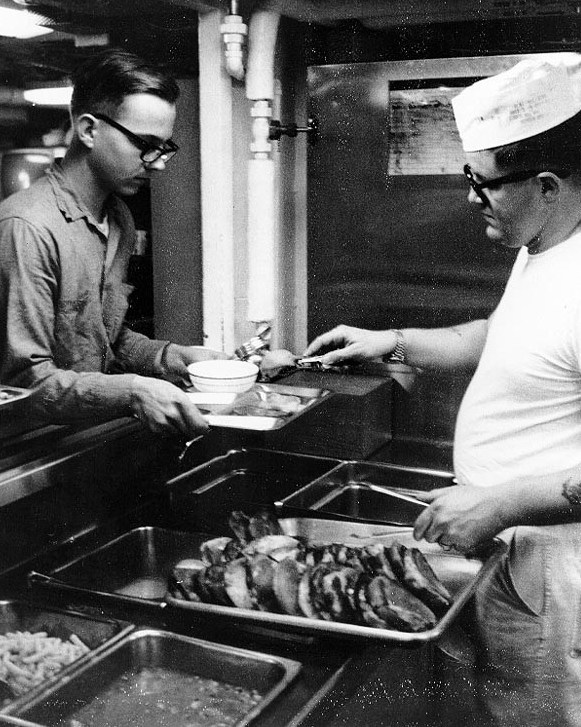 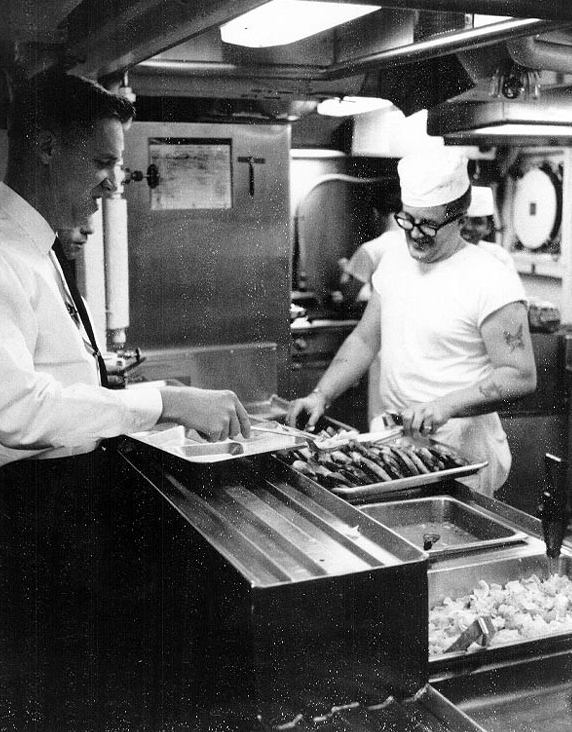 Documents and Crew Images while in Custody in North Korea 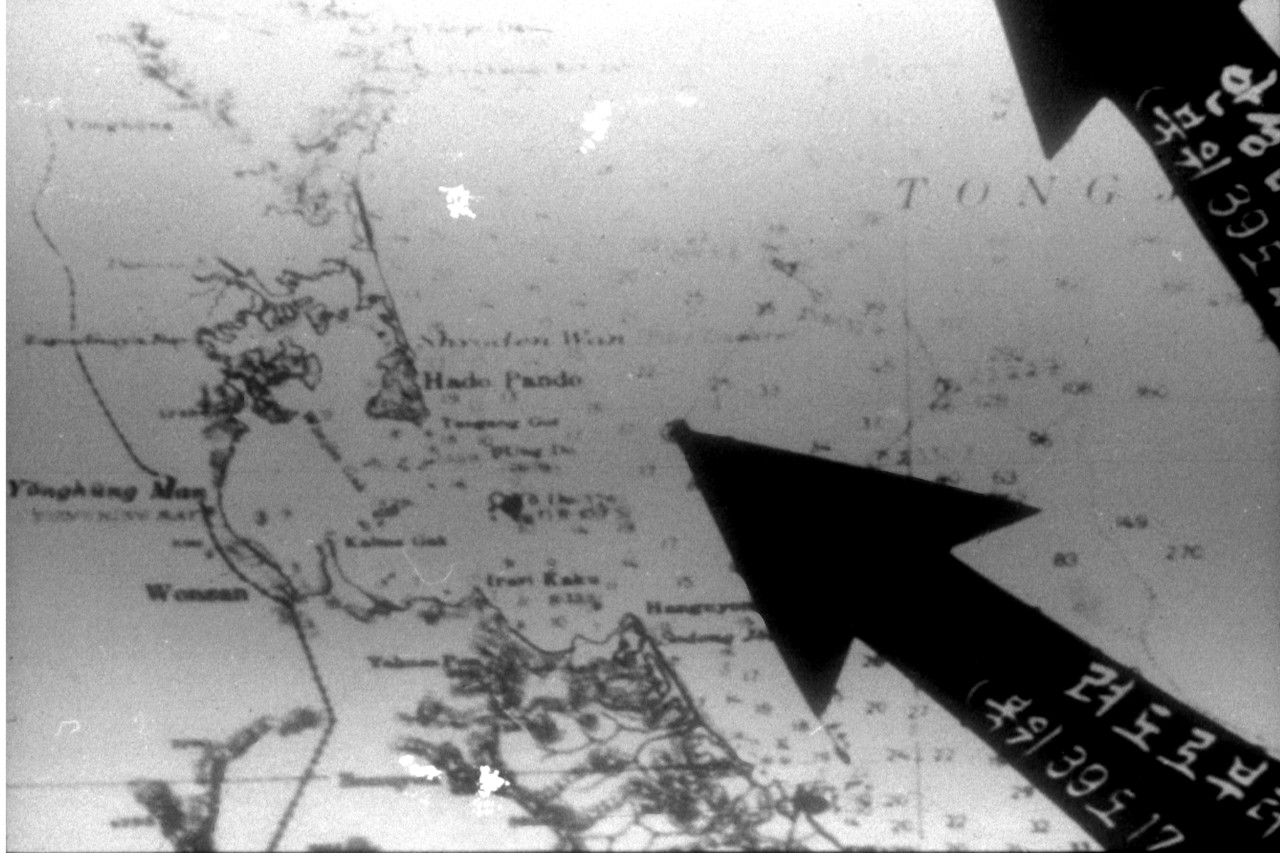 Poor quality photograph of a chart of the Wonsan area, North Korea, that was exhibited by the North Korean government to support their claim that USS Pueblo had entered that state's territorial waters. Click image to download. 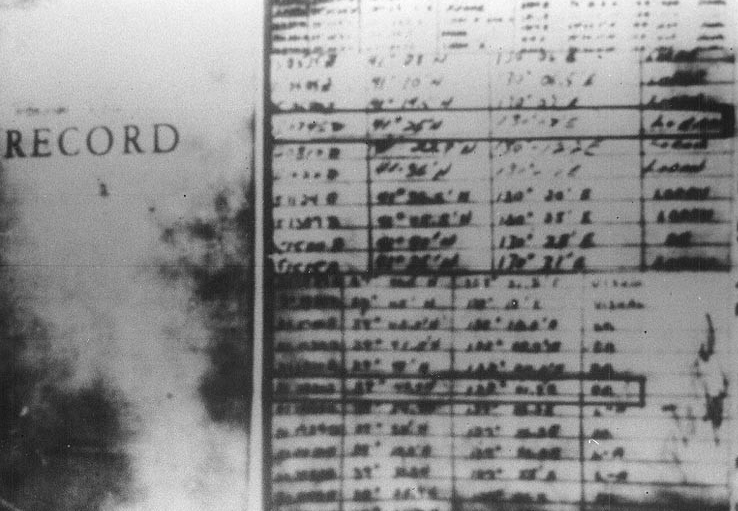 Poor quality photograph of apparent position entries from the log of Pueblo issued by the North Korean government to support their claim that Pueblo had entered that state's territorial waters. Click image to download. 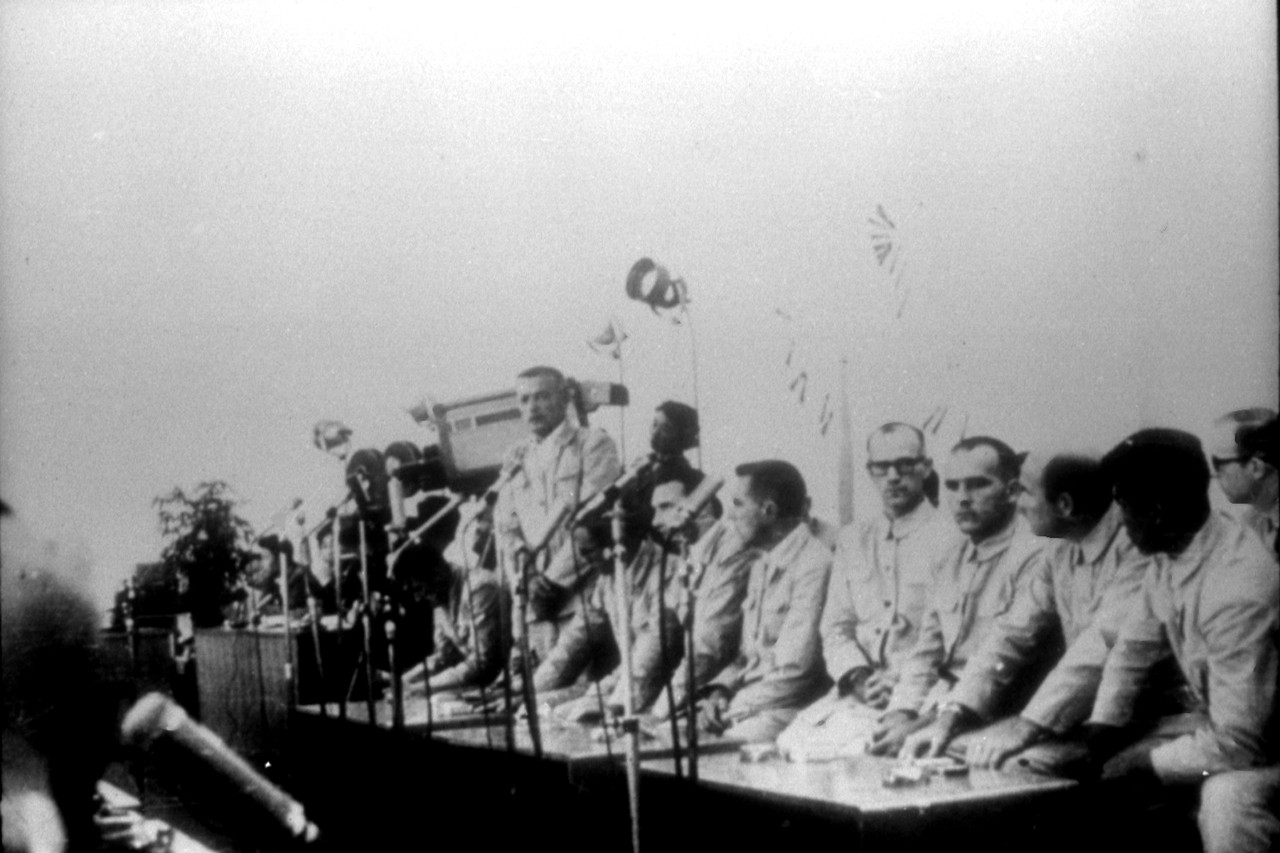 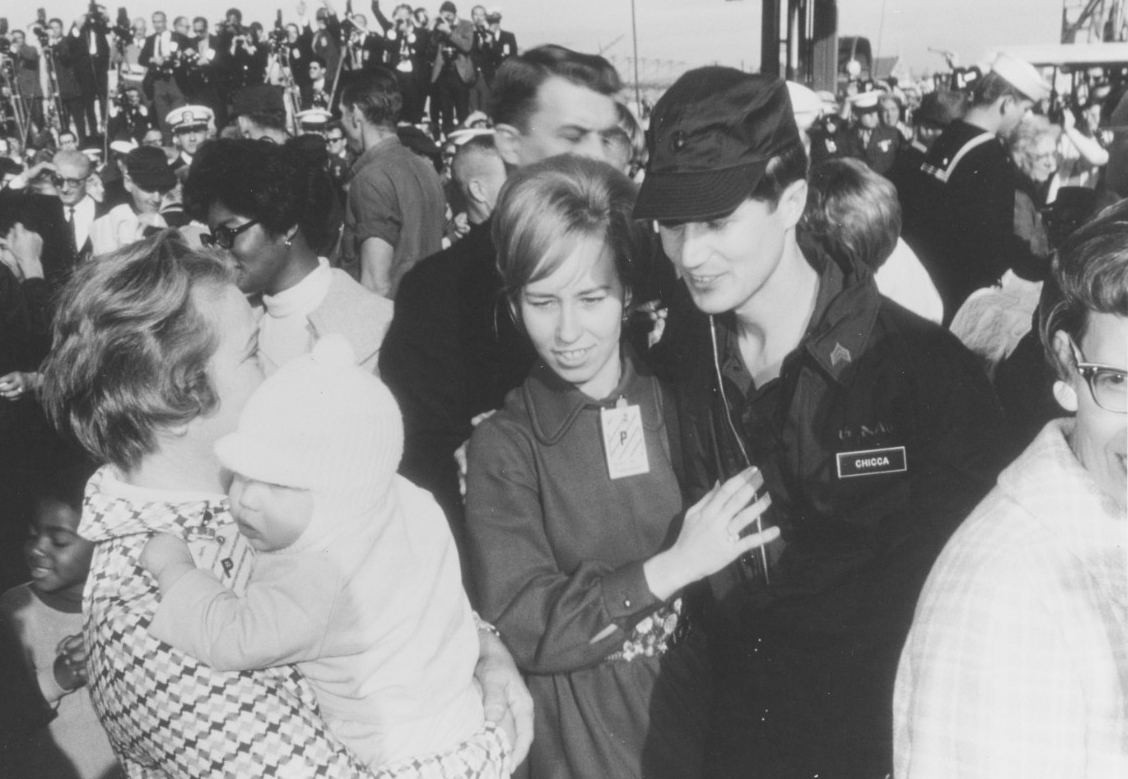 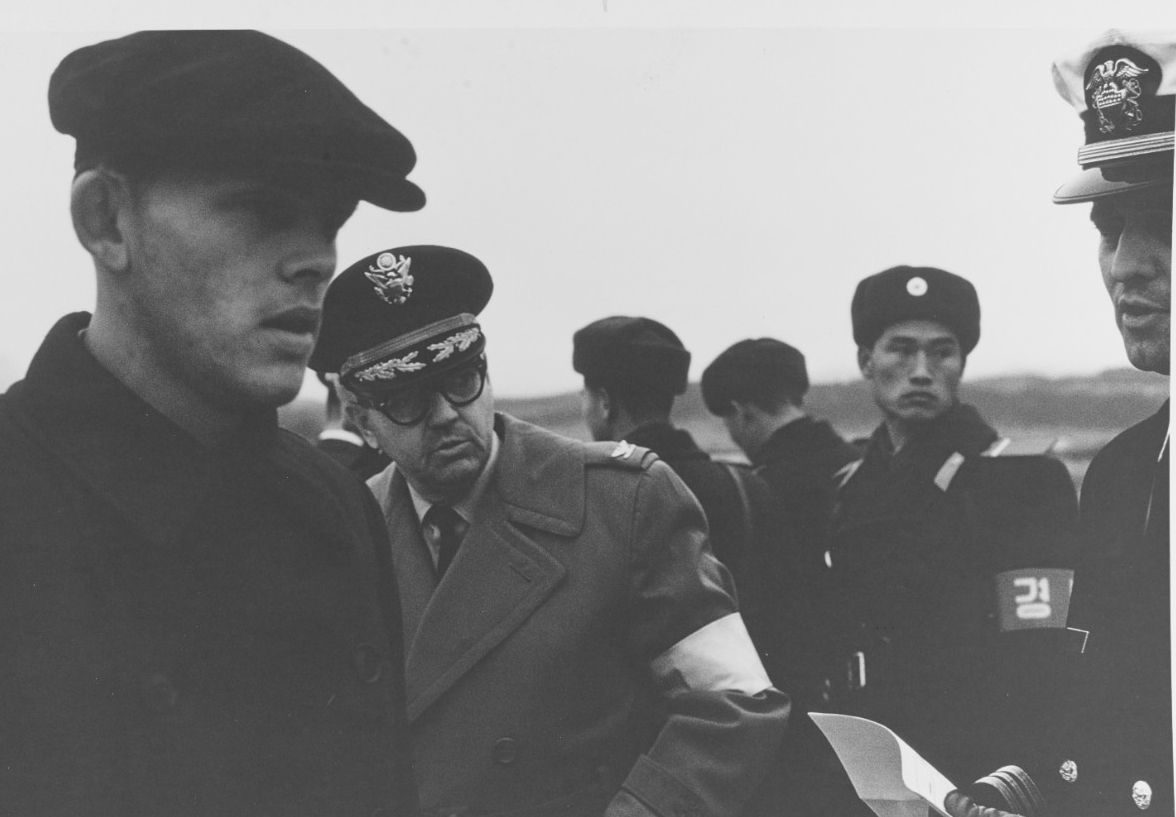 One of Pueblo's crewmen (left) checks in after crossing the Bridge of No Return at the Korean Demilitarized Zone, on 23 December 1968, following his release by the North Korean government. He is wearing clothing provided by the North Koreans. Click image to download. 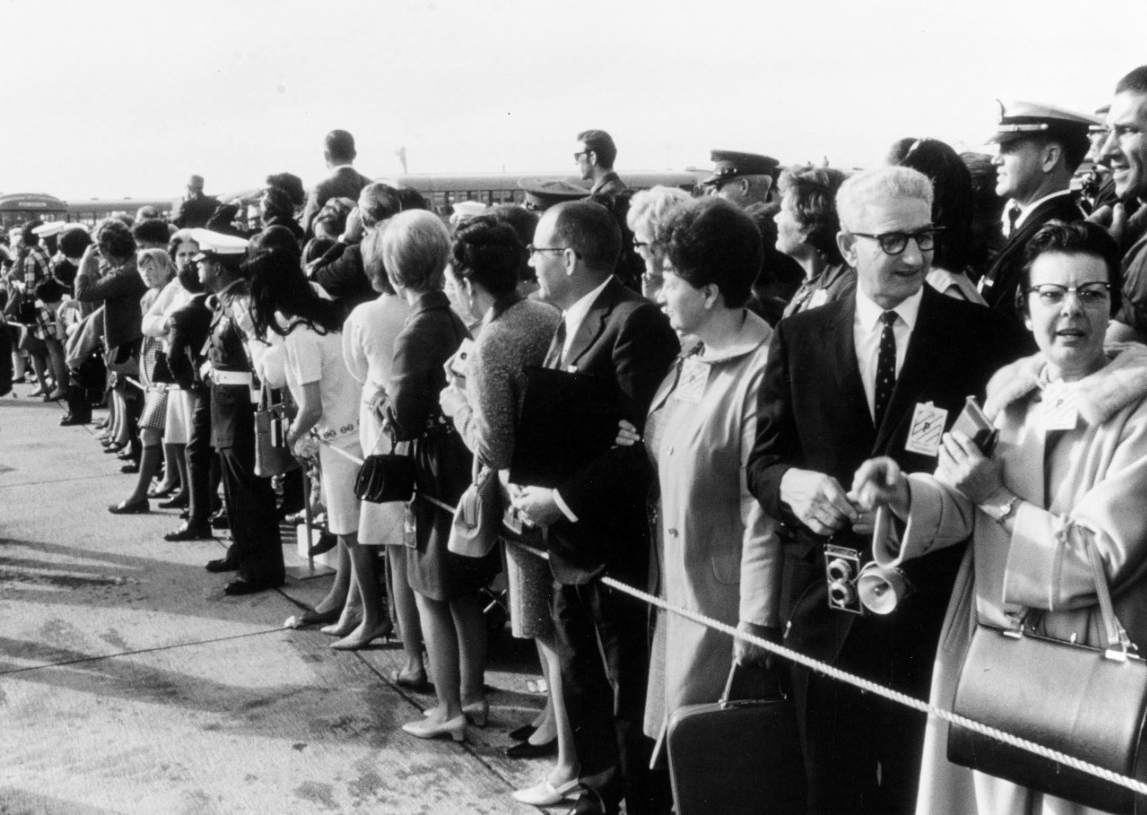 Families of the crewmembers of USS Pueblo (AGER-2) await the arrival of a plane bringing the men to Naval Air Station Miramar, California, 24 December 1968. Click image to download. 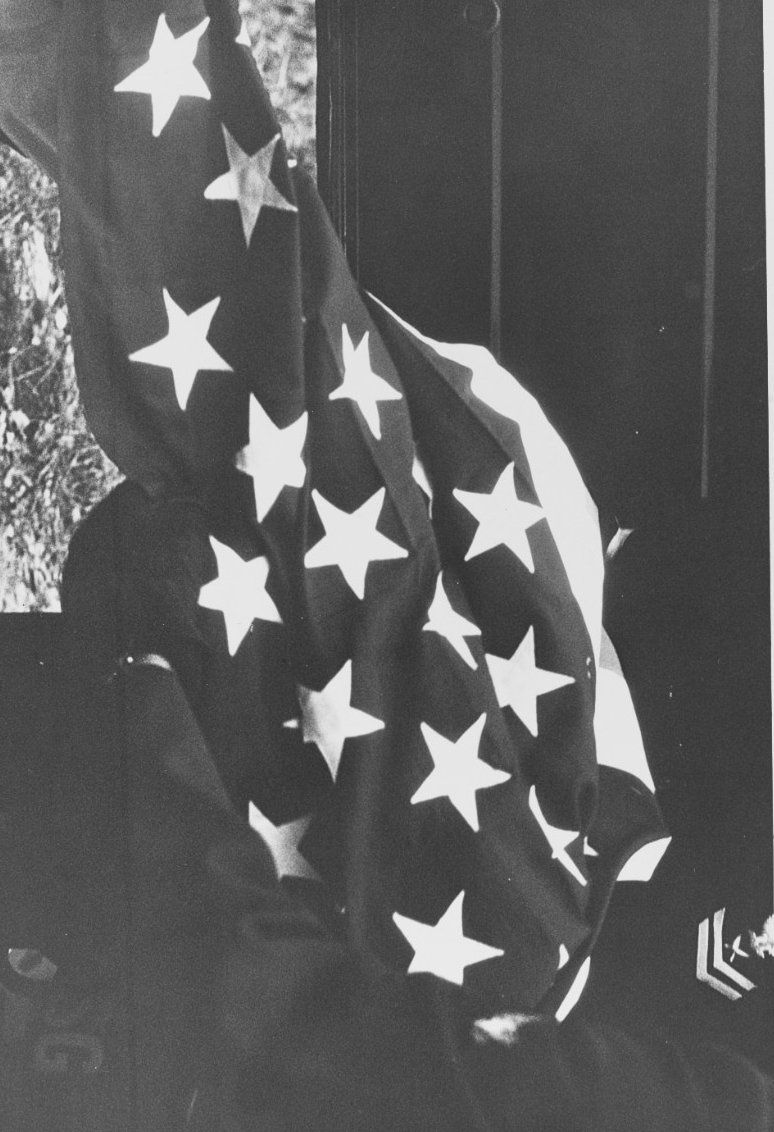 A Navy Yeoman Second Class holds a U.S. flag, to be used to drape the coffin of Seaman Duane Hodges. Click image to download. 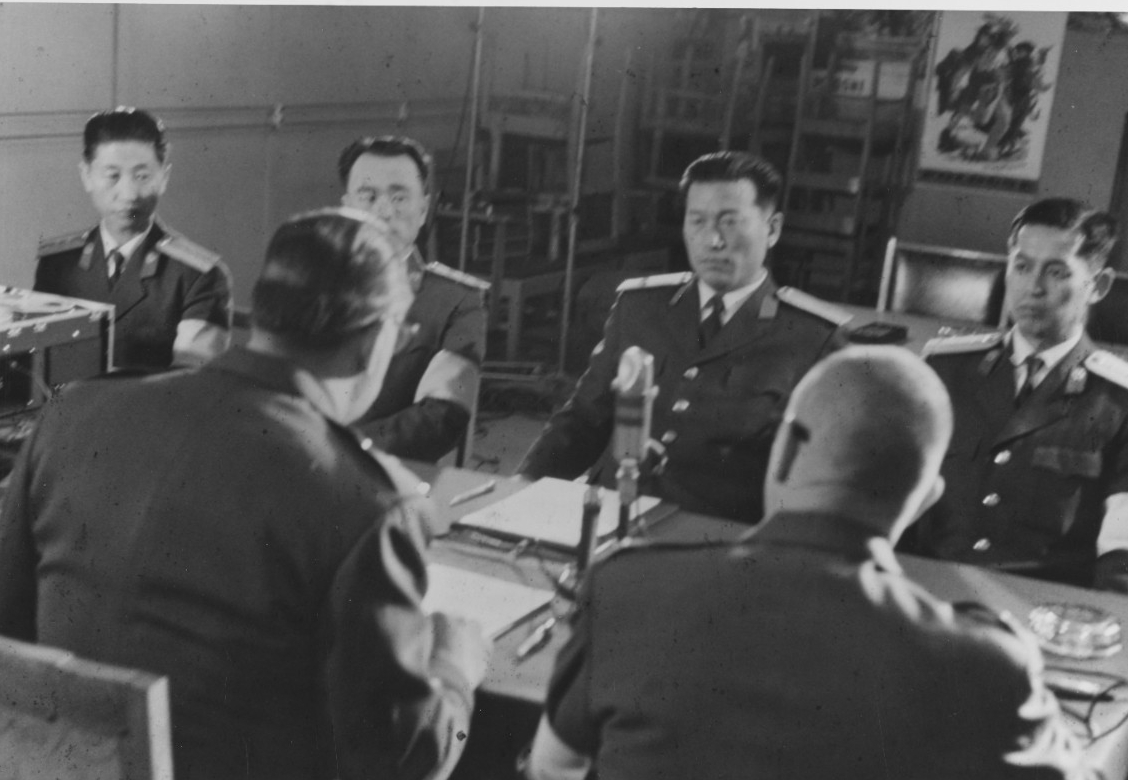 Representatives of the United States and North Korean governments meet at Panmunjom, Korea, to sign the agreement for the release of Pueblo's crew, 22 December 1968. Click image to download. 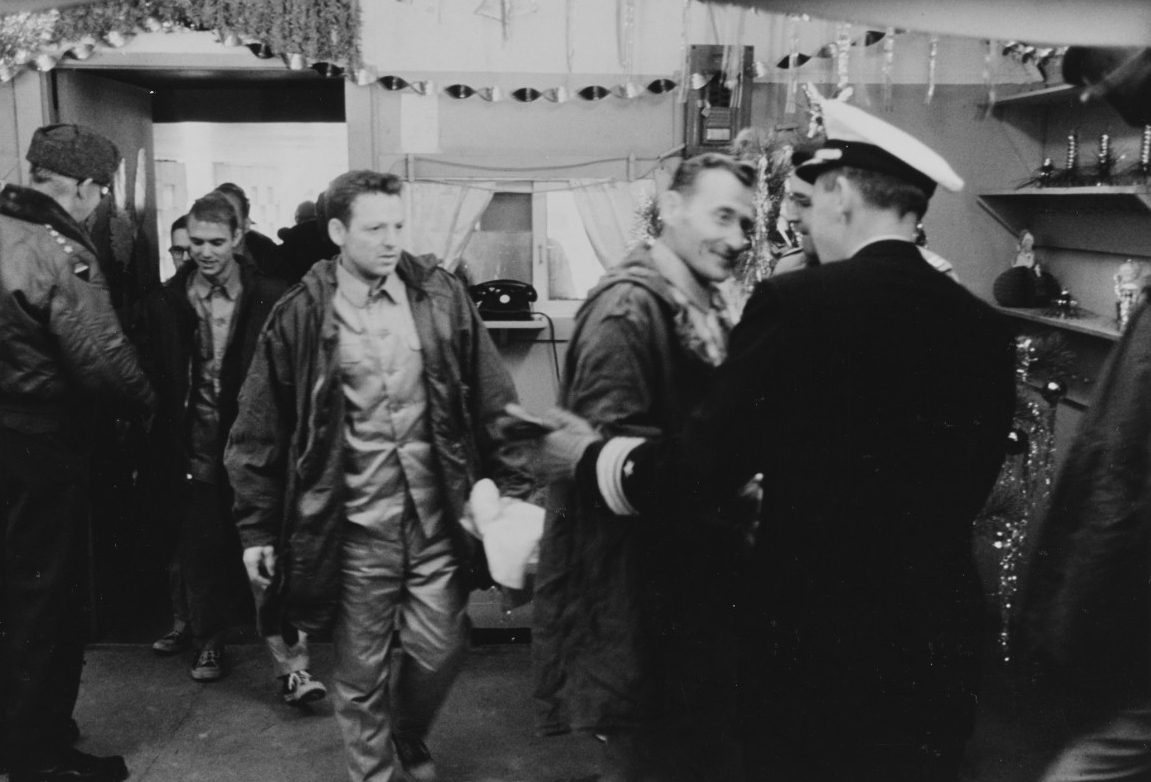 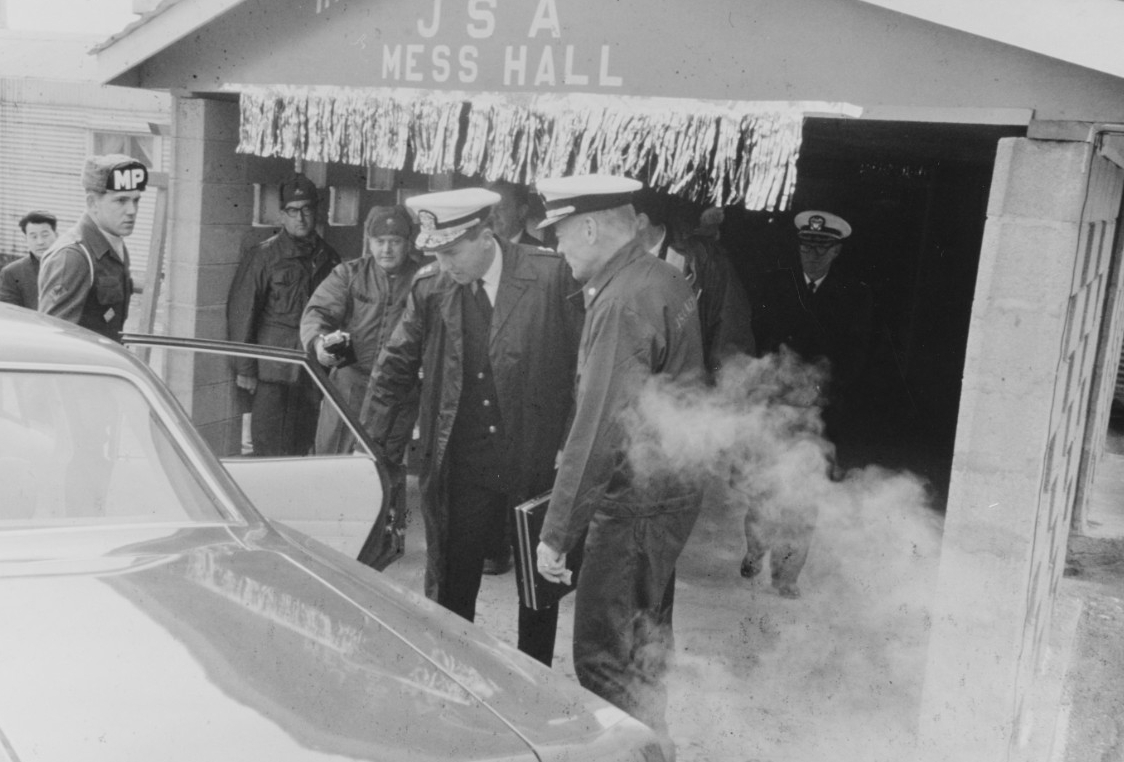 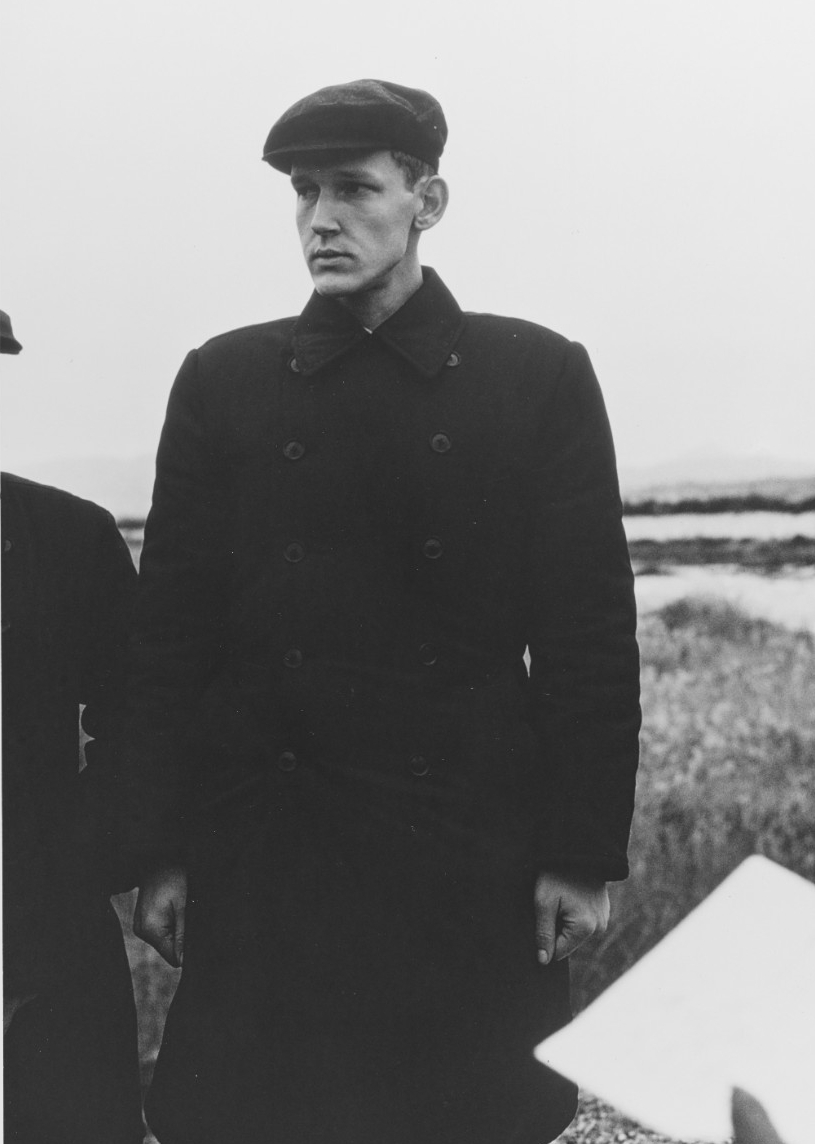 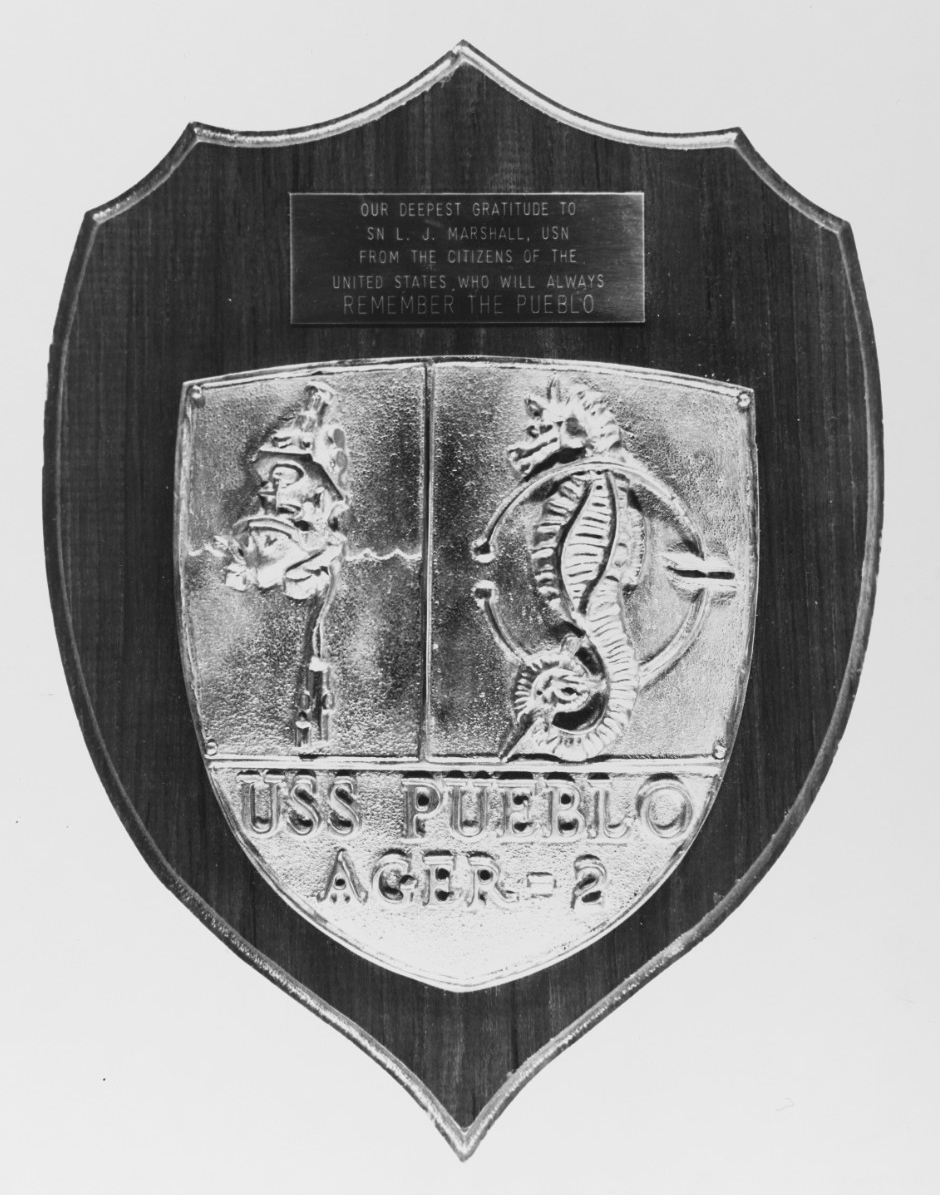