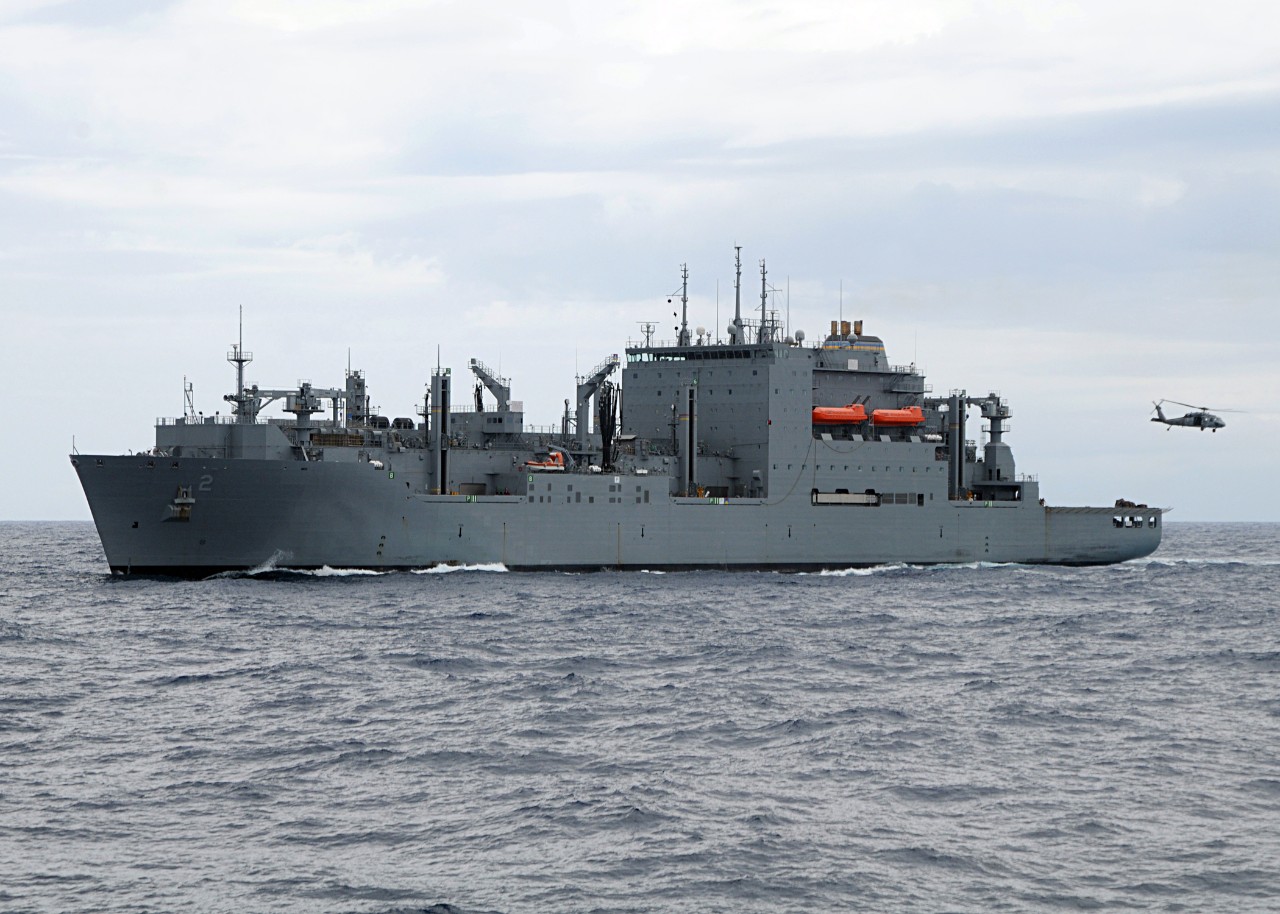 USNS Sacagawea (T-AKE-2) proudly bears the name of Sacagawea, the Shoshone Native American girl who acted as guide and interpreter for Lewis and Clark on their expedition into the Northwest region of the United States.

Sacagawea was born in circa 1786. She grew up surrounded by the Rocky Mountains near present-day Lemhi, Idaho. The Shoshone Indians were enemies of the Hidatsa tribe, who kidnapped Sacagawea during a buffalo hunt in 1800. Her captors brought her to the Hidatsa-Mandan settlement near what is now Bismarck, North Dakota. In 1804, Sacagawea was traded to pay off a gambling debt and became property of French-Canadian fur trader Toussaint Charbonneau. Although he was more than two decades older than Sacagawea, Charbonneau made her one of his wives and she soon was pregnant. 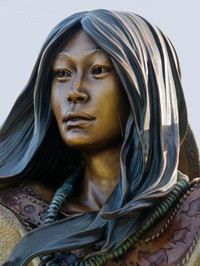 Sacagawea, circa 1786–1812. (Photo courtesy Oregon State Archives of a statue of Sacagawea in Cascade Locks)

In the meantime, President Thomas Jefferson had made the Louisiana Purchase from France in 1803. With the purchase, came 828,000 square miles of unexplored territory. Jefferson had hoped the rumored Northwest Passage—a waterway connecting the Atlantic and Pacific oceans—could be found in the new territory. In addition to the passage, Jefferson wanted explorers to survey the landscape, learn about the Native American tribes, and make maps. He turned to Meriwether Lewis to head the “Corps of Discovery.” Lewis chose William Clark, who was his friend and former military superior to accompany him.

Within a month, the boat they were sailing nearly capsized when a squall hit. Sacagawea had the presence of mind to gather important papers, books, and navigational instruments that might have disappeared in the boat mishap. The act earned her instant respect from Lewis and Clark, and in appreciation, they named a branch of the Missouri River for Sacagawea. Five days after the group crossed the Continental Divide, Sacagawea helped them buy horses for the rest of their journey. She helped navigate the men through a mountain pass—today known as Bozeman Pass in Montana—to the Yellowstone River. After reaching the Pacific, she and her husband returned with the group to their starting point, the Hidatsa-Mandan settlement. Charbonneau received 320 acres of land and $500.03 for his service. Sacagawea received nothing.

In August 1812, Sacagawea gave birth to a daughter, but by December she became extremely ill (possibly typhoid fever). In December 1812, Sacagawea is believed to have died. Within a year of her death, Clark became the legal guardian for both Sacagawea’s children.