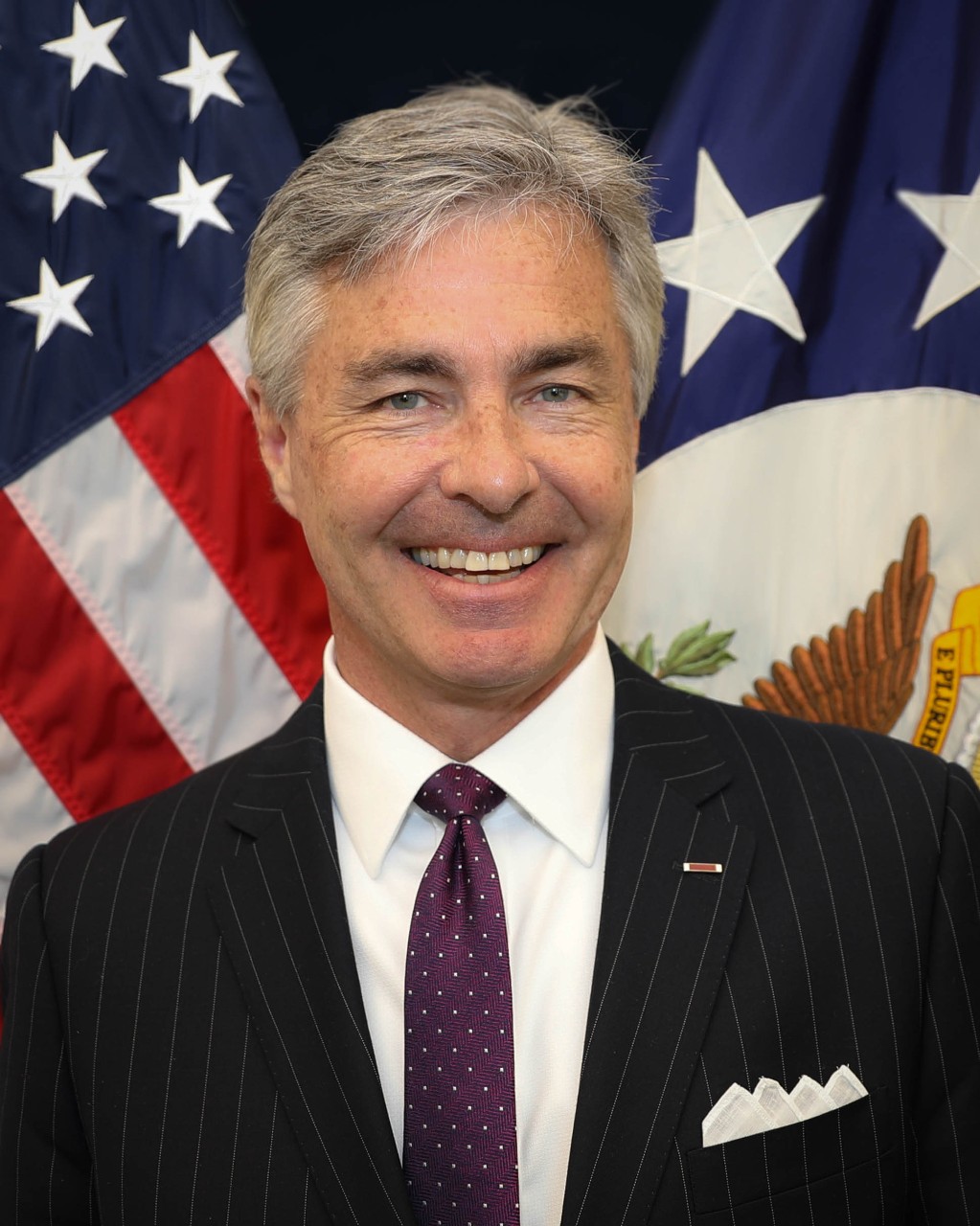 Secretary Braithwaite graduated from the U.S. Naval Academy in 1984 with a bachelor’s degree in naval engineering and political science. In 1995, he earned a master’s degree in government administration, graduating with honors from the University of Pennsylvania, Fels School of Government.

Secretary Braithwaite designated as a naval aviator in April 1986. His first operational assignment was to Patrol Squadron (VP) 17, NAS Barbers Point, Hawaii, from where he flew anti-submarine missions tracking adversary submarines throughout the Western Pacific and Indian Ocean regions.

In April 1988, Secretary Braithwaite redesignated as a public affairs officer, with his initial tour aboard the aircraft carrier USS America (CV-66). Additional duty assignments included Commander, Carrier Group 2 and Commander, Striking Force Sixth Fleet. He made both a North Atlantic Treaty Organization Force (NATO) deployment to the North Atlantic, operating above the Arctic Circle, and a Mediterranean and Indian Ocean cruise, during which the battle group responded to tensions in the Persian Gulf. In 1990, he was assigned to the staff of Commander, Naval Base Philadelphia as chief of public affairs.

The Secretary left active duty in 1993, continuing his service in the Navy Reserve, where he was assigned to numerous commands from Boston to Norfolk.

In October 2001, Secretary Braithwaite assumed command of Navy Reserve Fleet Combat Camera Atlantic at NAS Willow Grove, Pennsylvania. During this tour, the command was tasked with providing support to the Joint Task Force Commander, Guantanamo Bay, Cuba. In March 2003, Secretary Braithwaite deployed for Operation Iraqi Freedom in support of naval operations to capture the port of Umm Qasr. Following this tour, he served as commanding officer of the Navy Office of Information East.

Secretary Braithwaite served as commander of Joint Public Affairs Support Element–Reserve from October 2004 to October 2007. While in command, and following the devastating earthquake in Pakistan in 2005, he deployed to Pakistan as part of the Joint Task Force for Disaster Assistance, serving as the director of strategic communication working for both the Joint Task Force Commander and the U.S. ambassador in Islamabad.

During his time in office, Secretary Braithwaite led the Navy and Marine Corps during the COVID-19 pandemic. Under his leadership, the Navy and Marine Corps partnered with the United States Coast Guard to produce the Tri-Service Maritime Strategy, “Advantage at Sea.” He also expanded the Navy Department’s preparation for the emerging Arctic theater and reorganized the Department’s force structure with the establishment of an Atlantic and First Fleet. Secretary Braithwaite also worked to reinvigorate the Department of the Navy’s emphasis on core values of Honor, Courage and Commitment. He strengthened connections between the past and the future through his support of a new National Museum of the United States Navy and through historic ship name designations such as the in-development Constellation-class frigates, whose namesakes were among for the original six frigates that established the United States as a maritime force in 1794.