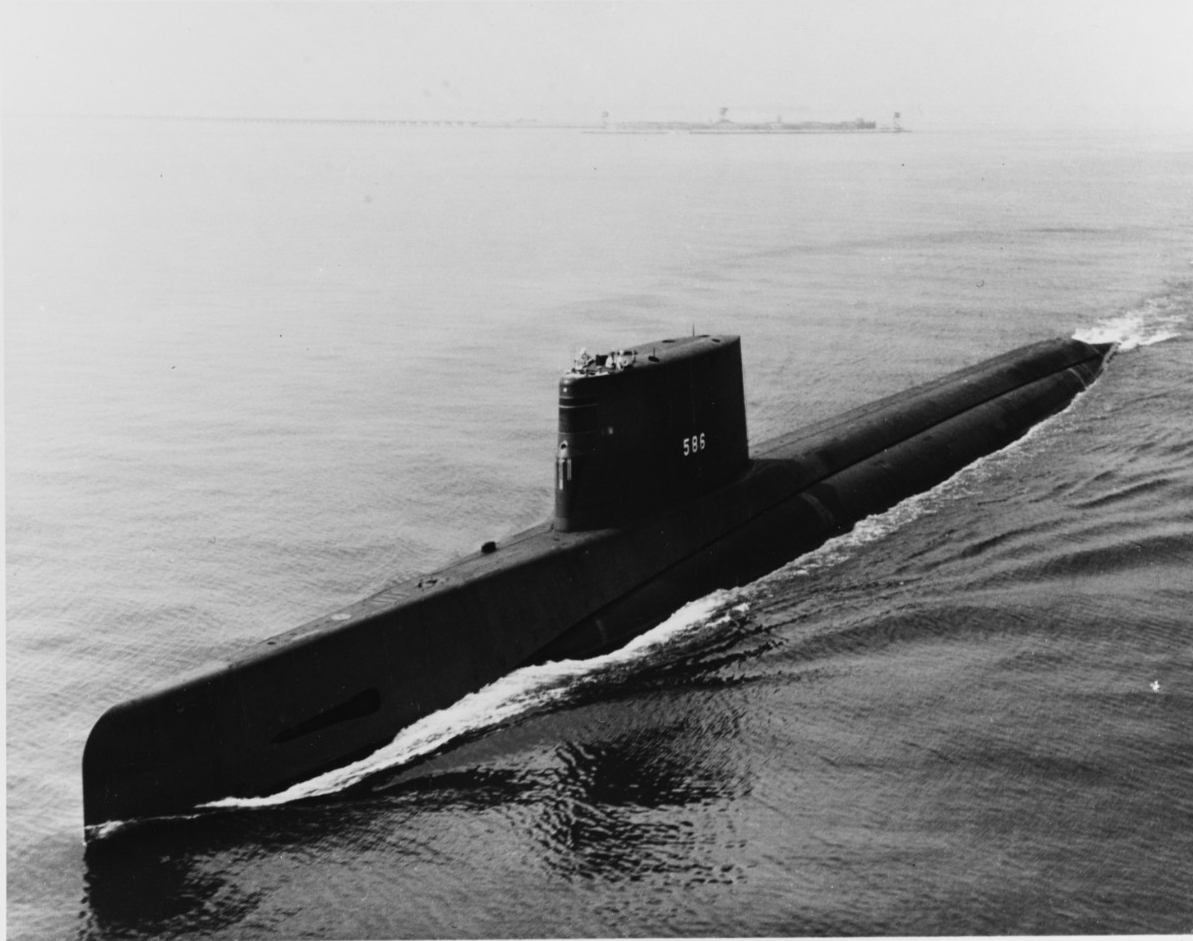 USS Triton (SSR(N)-586) was commissioned on 10 November 1959 in Groton, Connecticut, with Captain Edward L. Beach in command. On her maiden cruise, the submarine departed on 15 February 1960 bound for the South Atlantic arriving in the Middle Atlantic off St. Peter and St. Paul Rocks on 24 February. Remaining submerged, Triton departed from her position, continued south towards Cape Horn, rounded the tip of South America, and then travelled west across the Pacific. After passing through the Philippine and Indonesian archipelagoes and crossing the Indian Ocean, she rounded the Cape of Good Hope and arrived off St. Peter and St. Paul Rocks—the starting point of the historic journey—on 10 April 60 days and 21 hours after departing the landmark. Triton arrived back at Groton on 10 May completing the first submerged circumnavigation of the Earth.

Triton’s historic trip around the planet under the waves proved invaluable, politically, to the United States during the Cold War. From an operational standpoint, the trip demonstrated the superior endurance and capabilities of the first generation of nuclear powered submarines. The voyage also provided an unprecedented amount of oceanographic data. Triton received the Presidential Unit Citation, and the commander received the Legion of Merit from President Dwight D. Eisenhower.

After Triton’s historic first deployment, her next voyage took her to European waters to participate in NATO exercises geared towards detecting Soviet bombers flying the Arctic. The following year, she continued to conduct exercises geared towards the Soviet threat with the Atlantic Fleet by conducting operations to combat the rise of Russian submarines.

Triton was redesignated SSN-586 on 1 March 1961 and entered Portsmouth Naval Shipyard, Maine, for conversion to an attack submarine in June 1962. Upon completion in March 1964, Triton changed homeport from New London, Connecticut, to Norfolk, Virginia. Beginning in April 1964, the submarine served as flagship for Submarine Force, Atlantic Fleet, and served in that role until June 1967.

Due to budget cuts in defense spending, Triton’s scheduled overhaul was cancelled indefinitely, and the submarine, along with 50 other vessels, were inactivated. Triton was decommissioned on 3 May 1969. 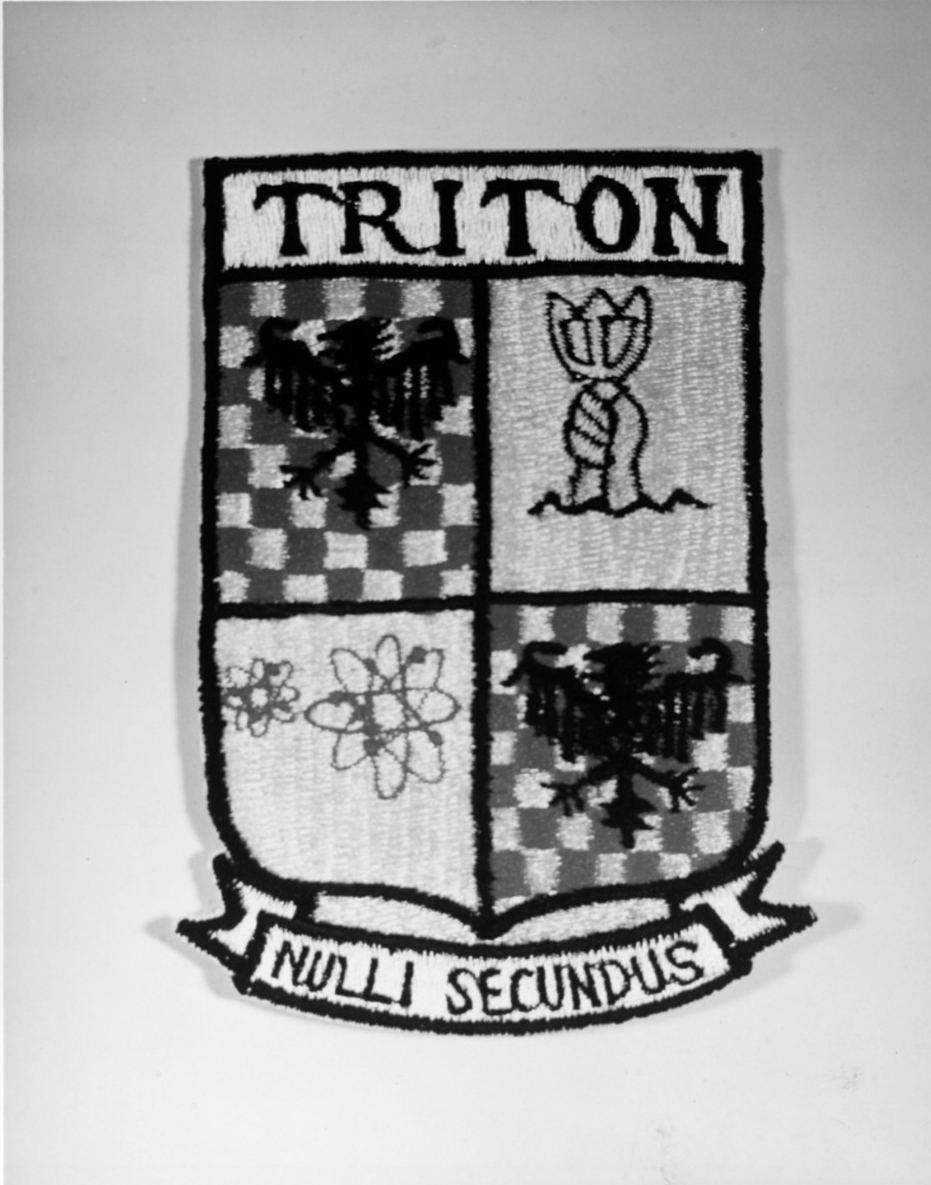 The insignia for USS Triton (SSN-586) features two Gothic falcons as symbols of the ship's reconnaissance and striking abilities. The trident represents both sea power and the Greek mythological figure Triton, son of the Sea God Poseidon. The dual atomic structures indicate that this is the first U.S. Navy ship to have two reactors. The Latin motto is translated, “Second to None.” Naval History and Heritage Command photograph, NH 65550-KN. 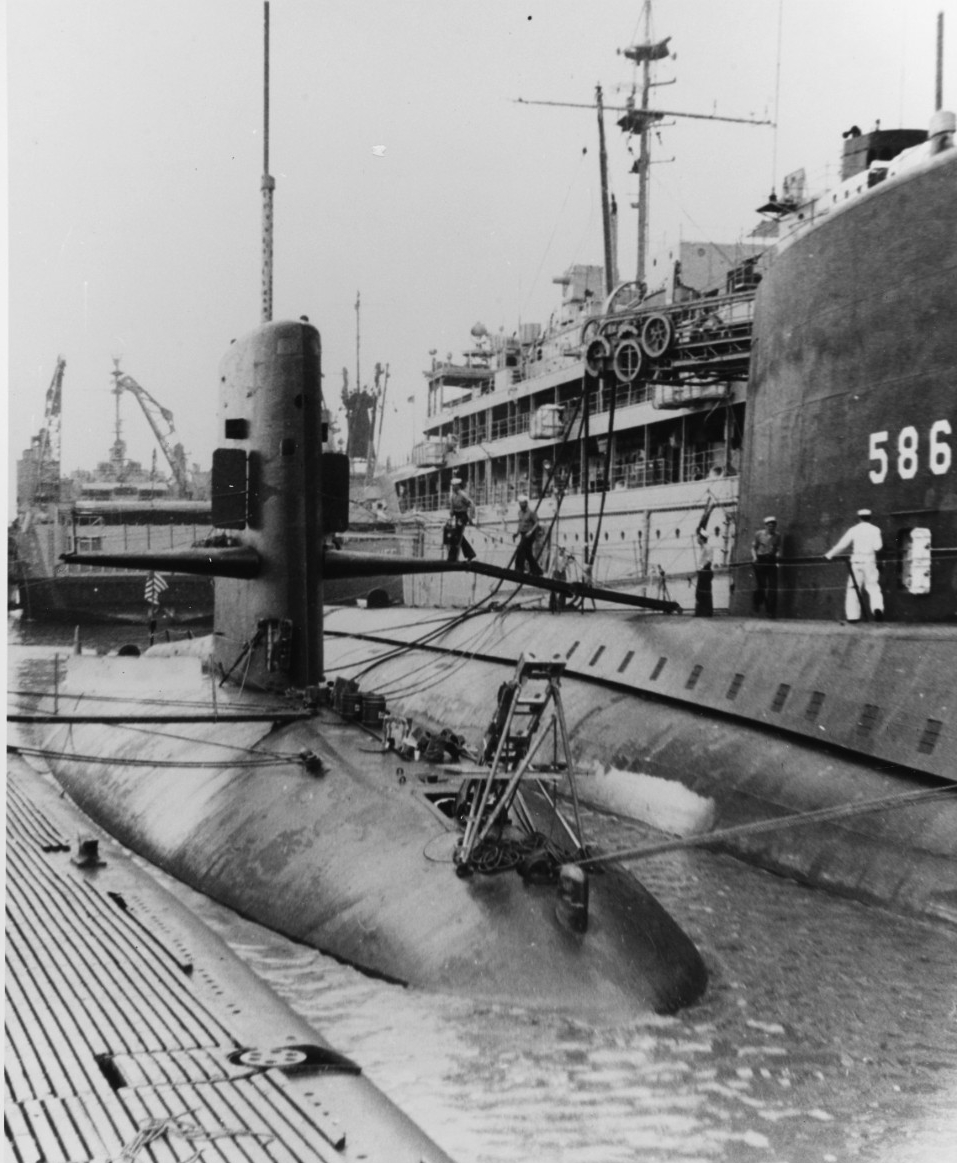 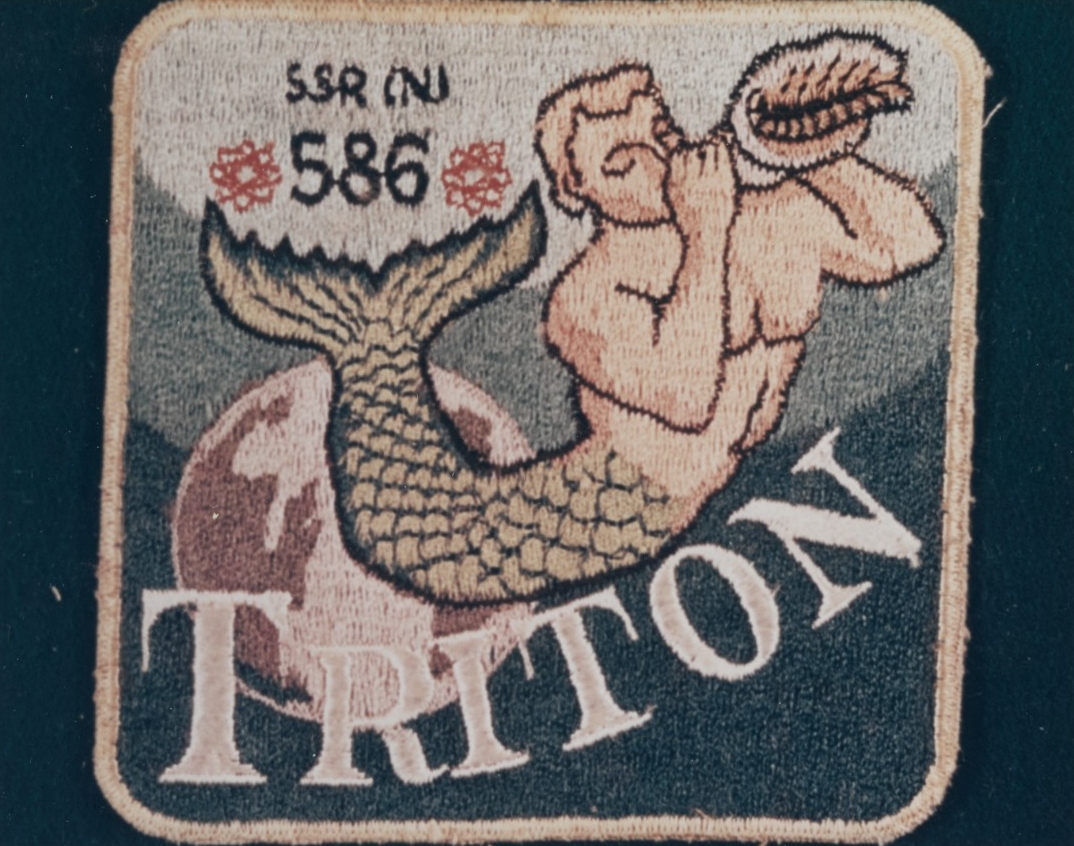 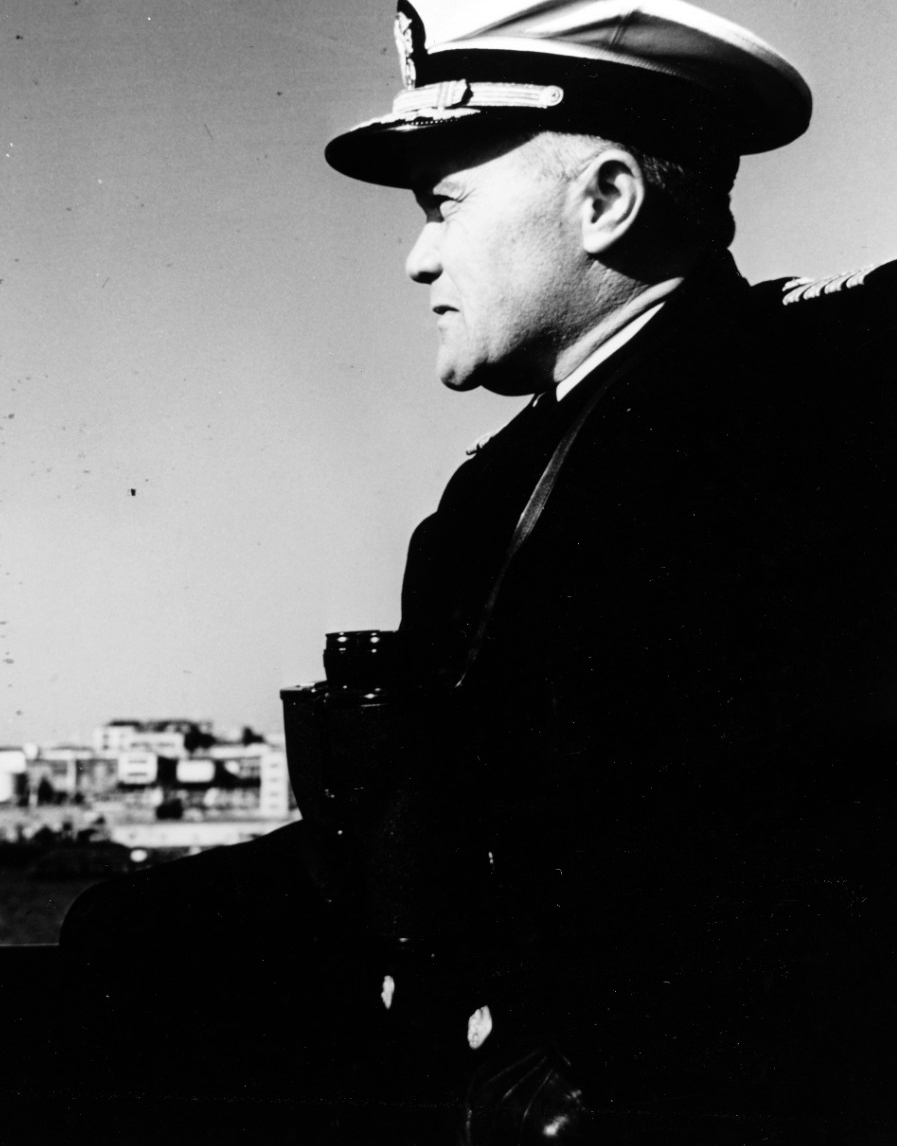