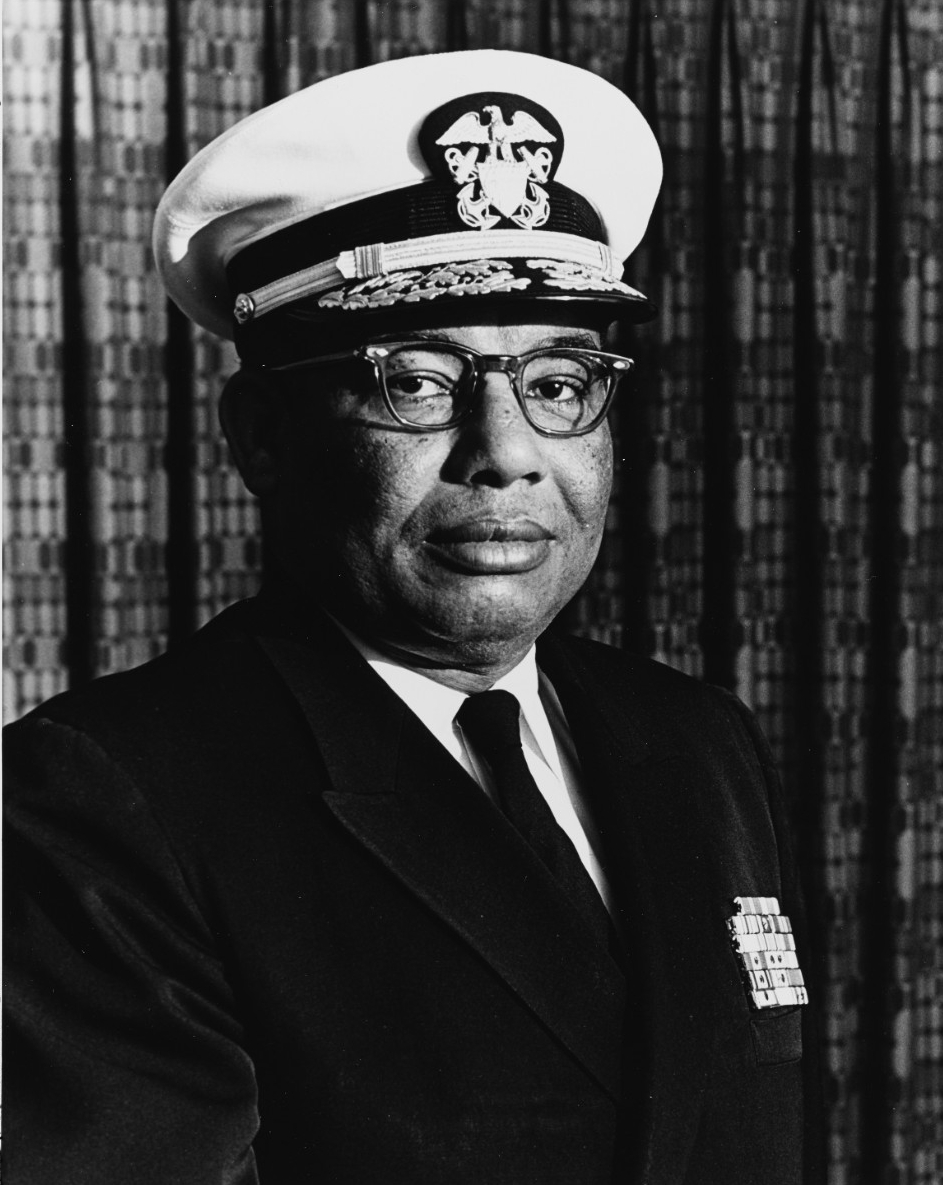 Vice Admiral Samuel Lee Gravely Jr. began his illustrious career as a seaman apprentice at Naval Station Great Lakes, Illinois, in 1942. A native of Richmond, Virginia, Gravely would go on to be the U.S. Navy’s first African-American commander, captain, rear admiral, and vice admiral. He was commissioned in 1944 and served during World War II onboard USS PC-1264. After the war, Gravely had a brief stint in the civilian world before he was recalled to active duty in 1949. He would remain on active duty until his retirement in 1980. During the Korean War, he served onboard USS Iowa (BB-61), and later in the 1950s served on USS Toledo (CA-133) and USS Seminole (AKA-104).

In 1971, while Gravely served as commander of USS Jouett (DLG-29), he was selected for flag rank. His flag commands included the Naval Communications Command, Cruiser-Destroyer Group Two, the Eleventh Naval District, Third Fleet, and the Defense Communications Agency. In 1976, while serving as commander of Third Fleet, Gravely was promoted to vice admiral. Over the course of his distinguished career as a surface warfare officer, he received many high-level awards to include the Legion of Merit, Bronze Star, Meritorious Service Medal, and the Navy Commendation Medal.

After retirement from the Navy, Gravely kept busy working with the Armed Forces Communications and Electronics Association. After suffering a stroke, he died on 22 October 2004 at the National Naval Medical Center in Bethesda, Maryland. His three children and his wife, Alma, survived him. He is buried at Arlington National Cemetery. USS Gravely (DDG-107) is named in his honor. 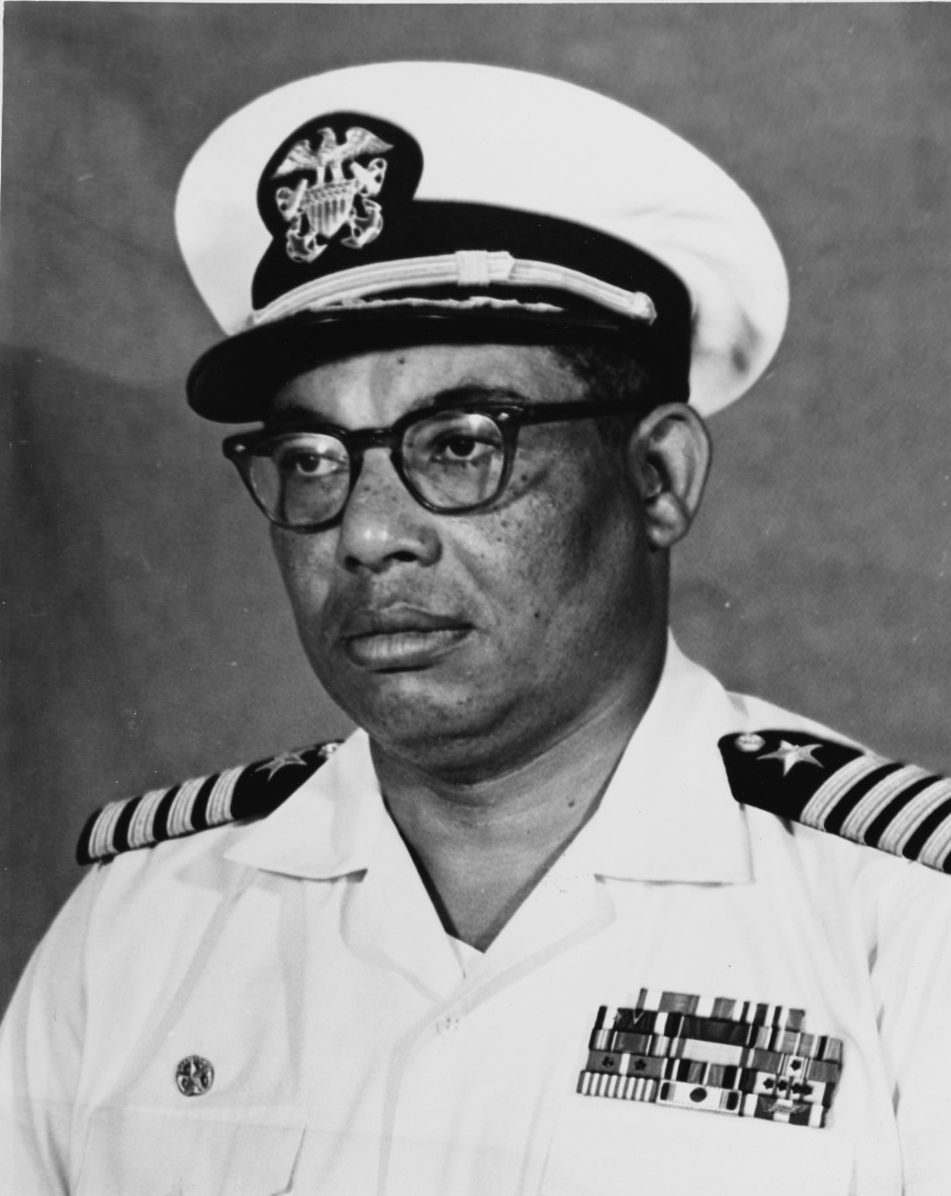 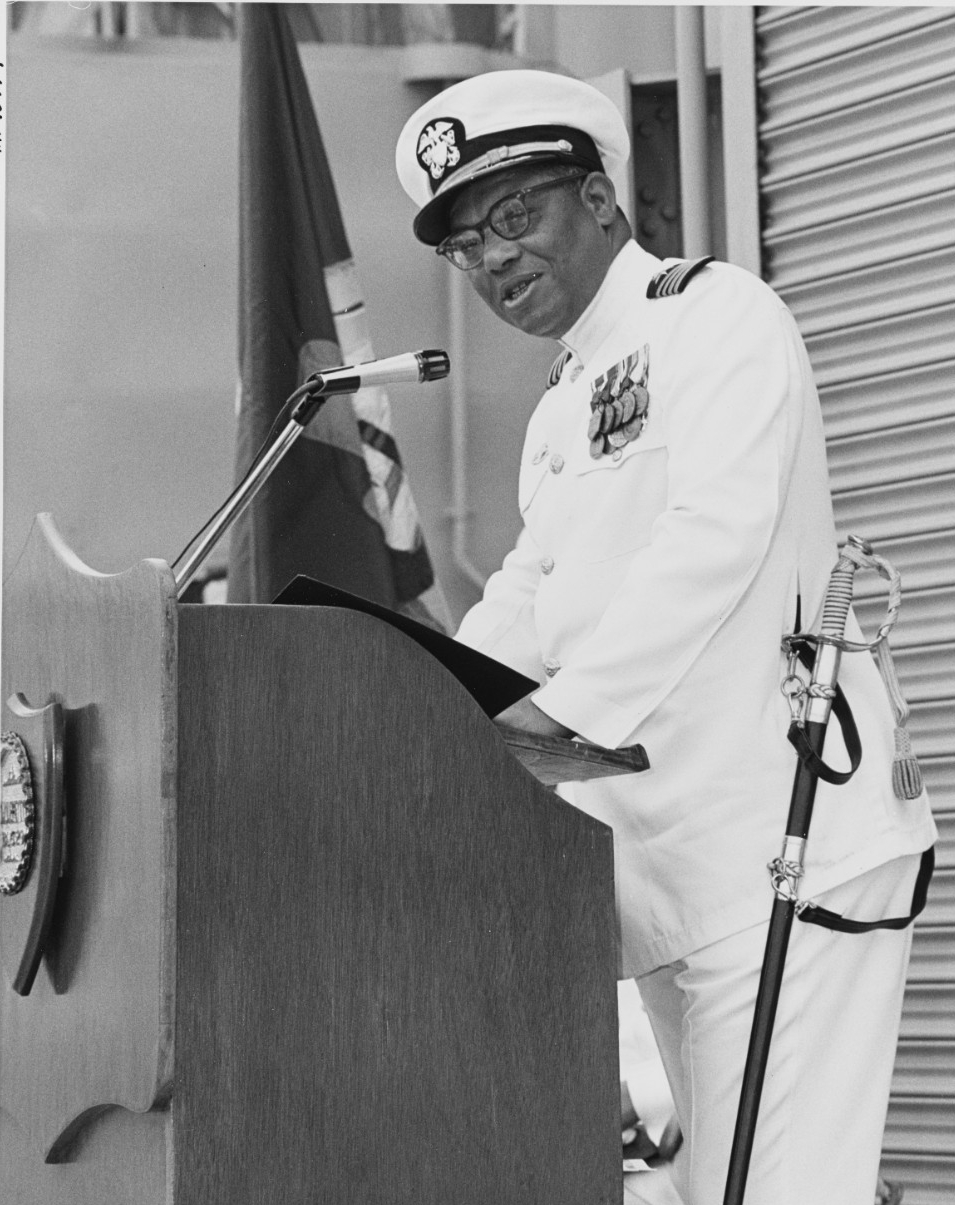 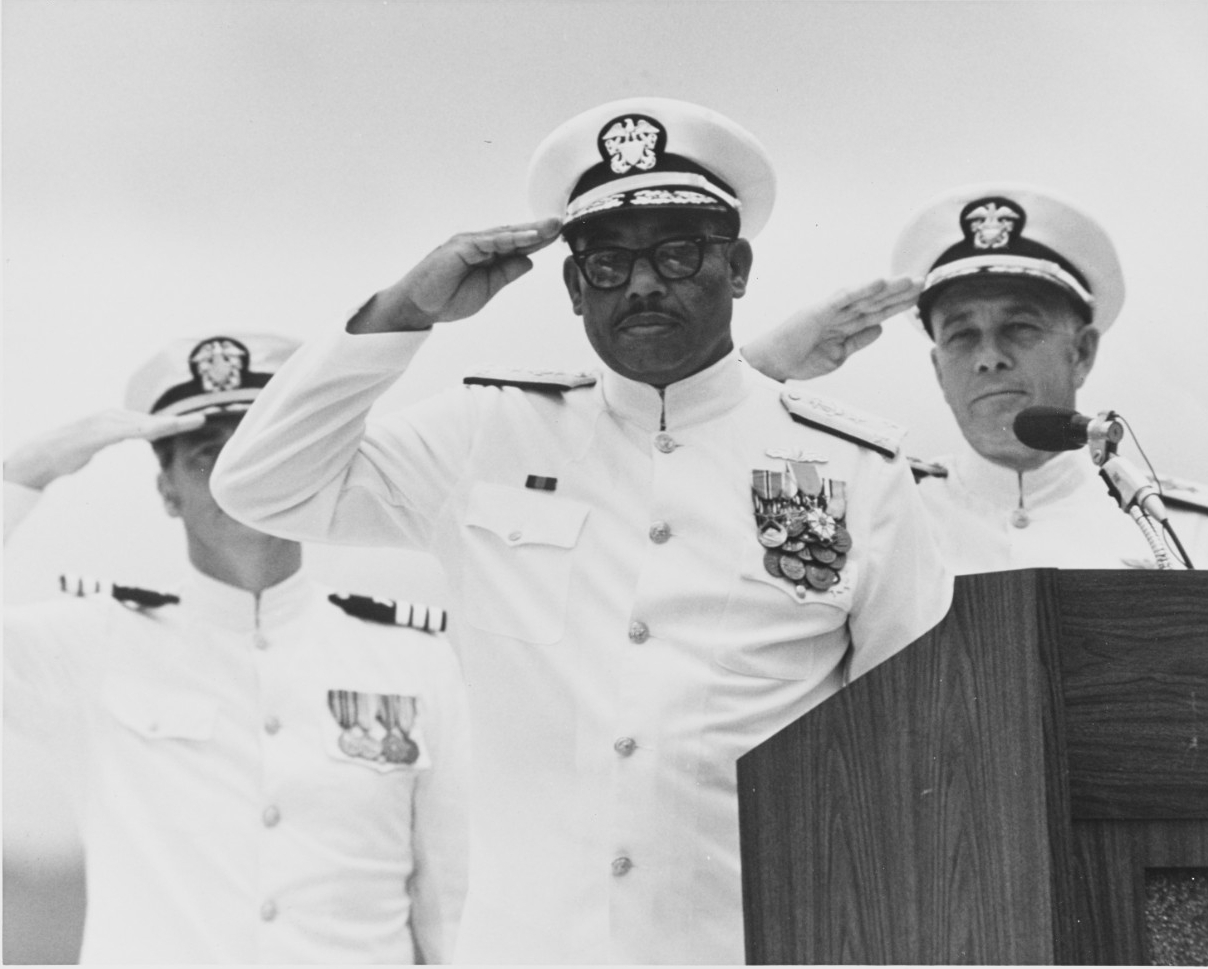 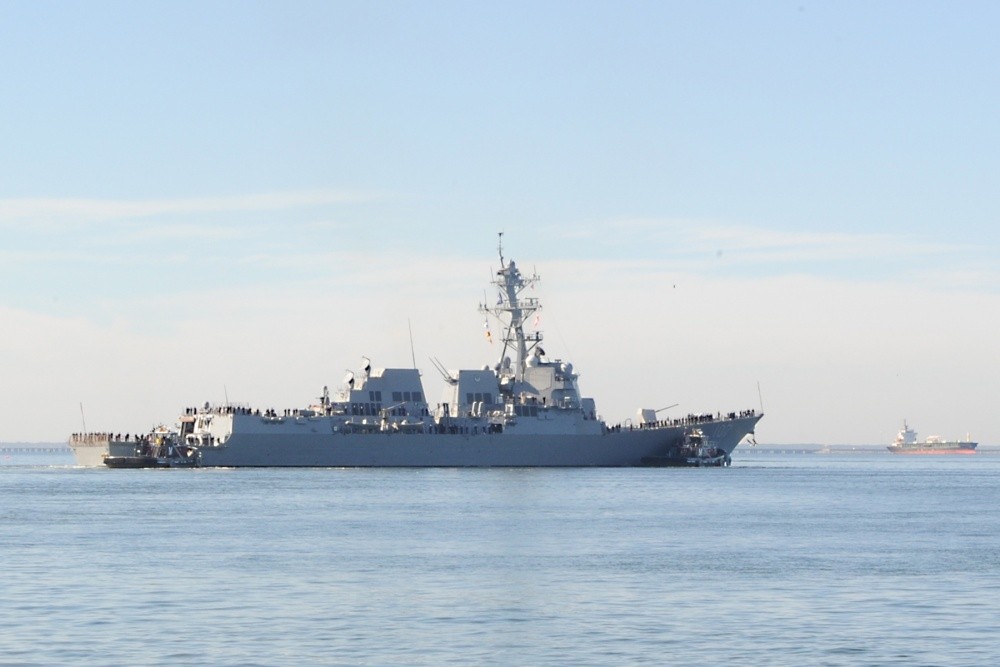 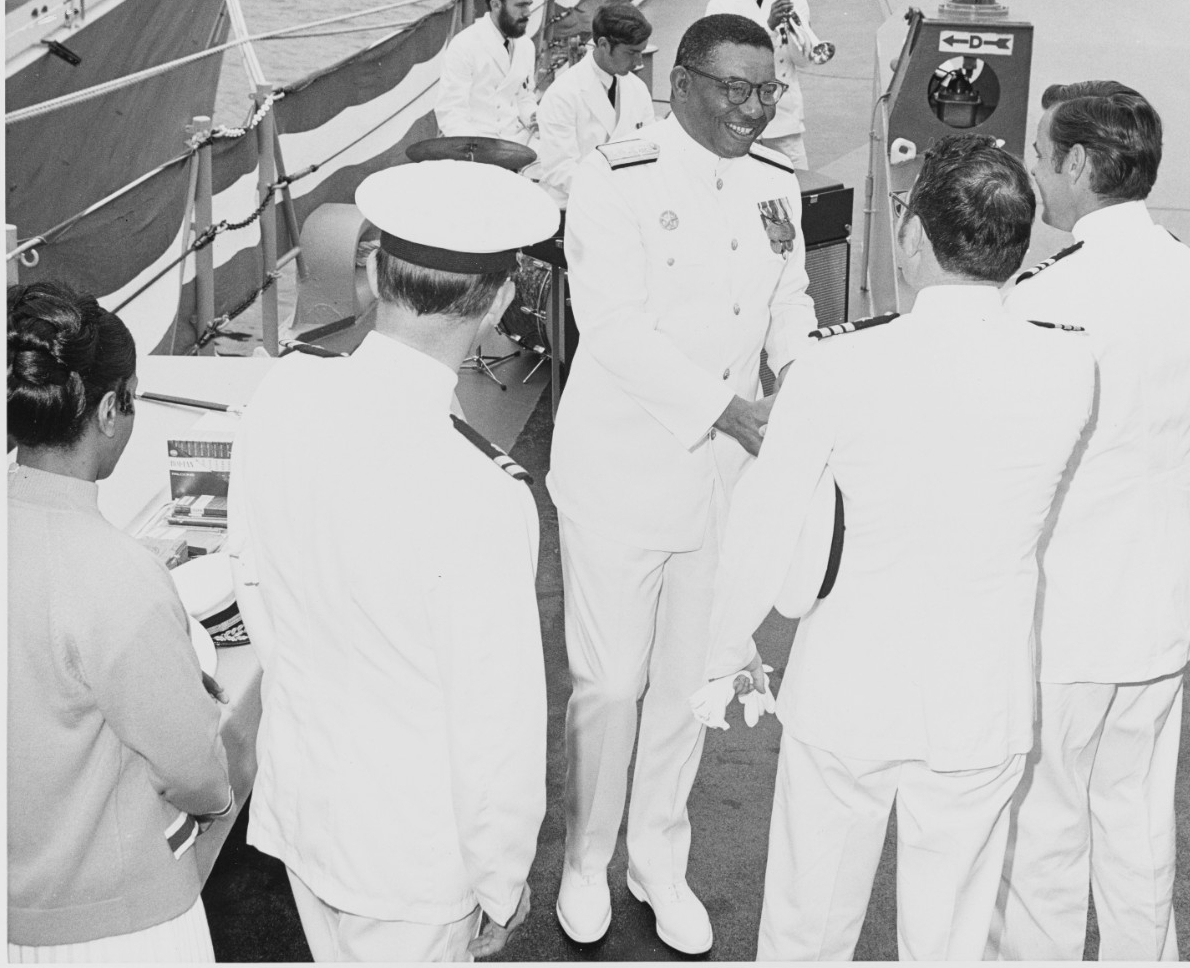 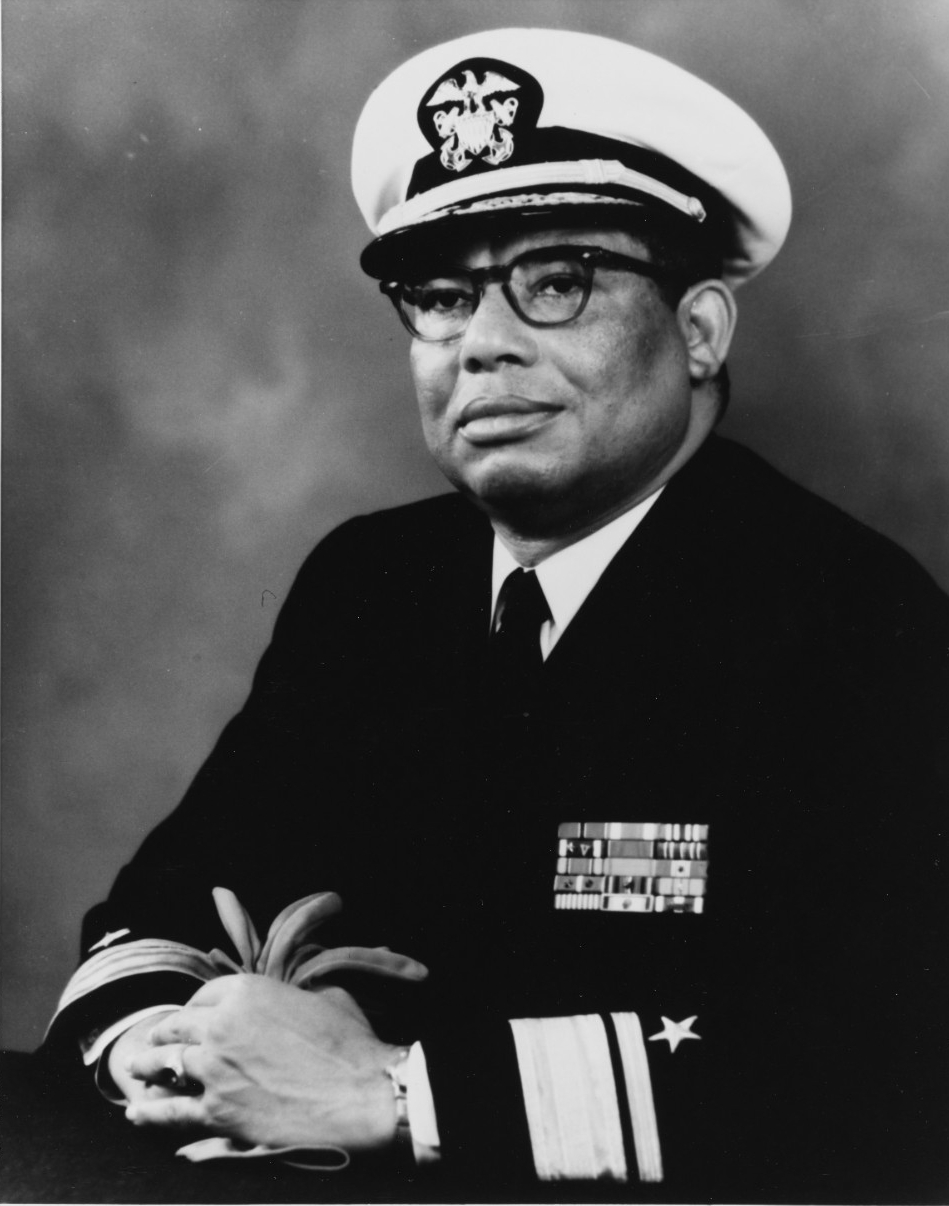 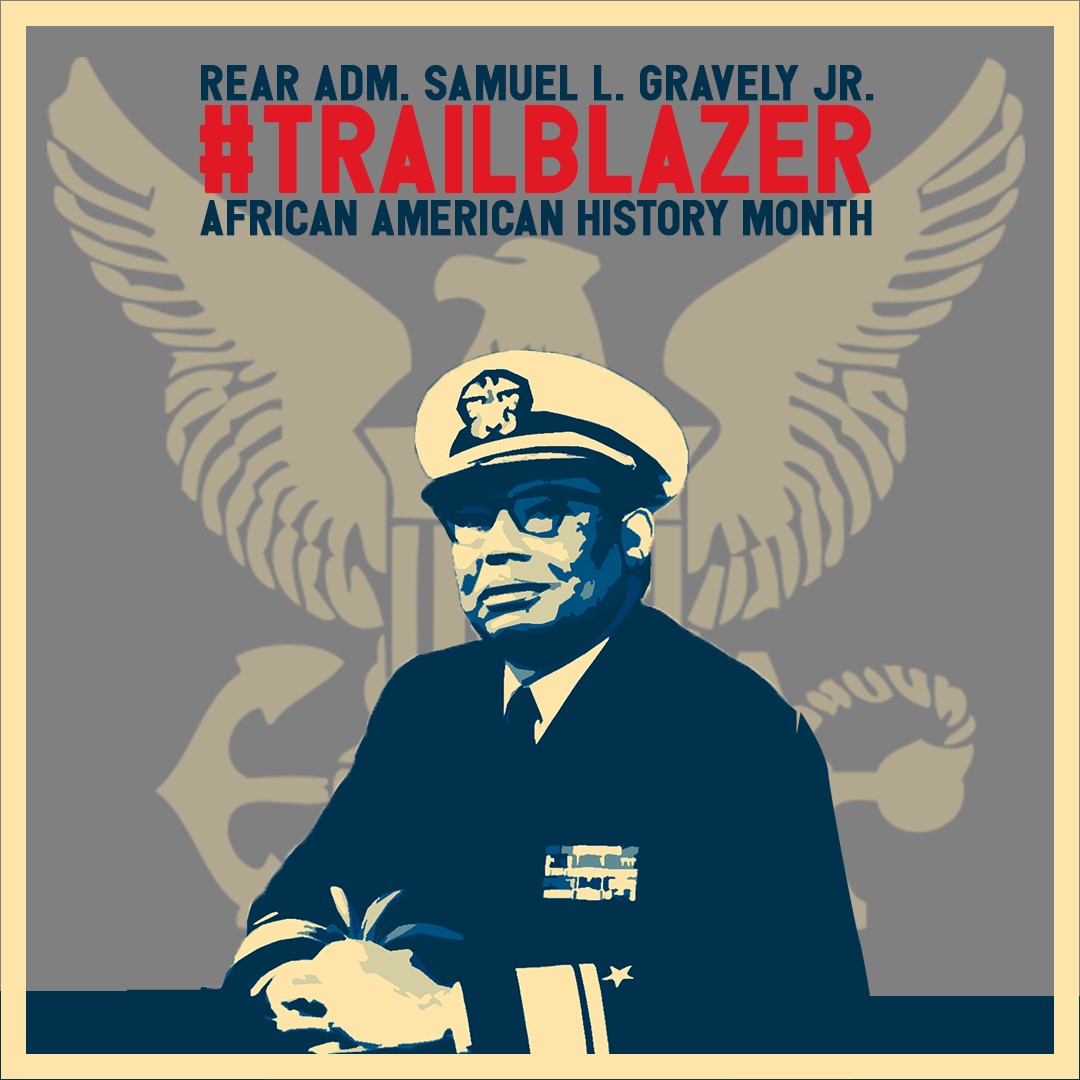 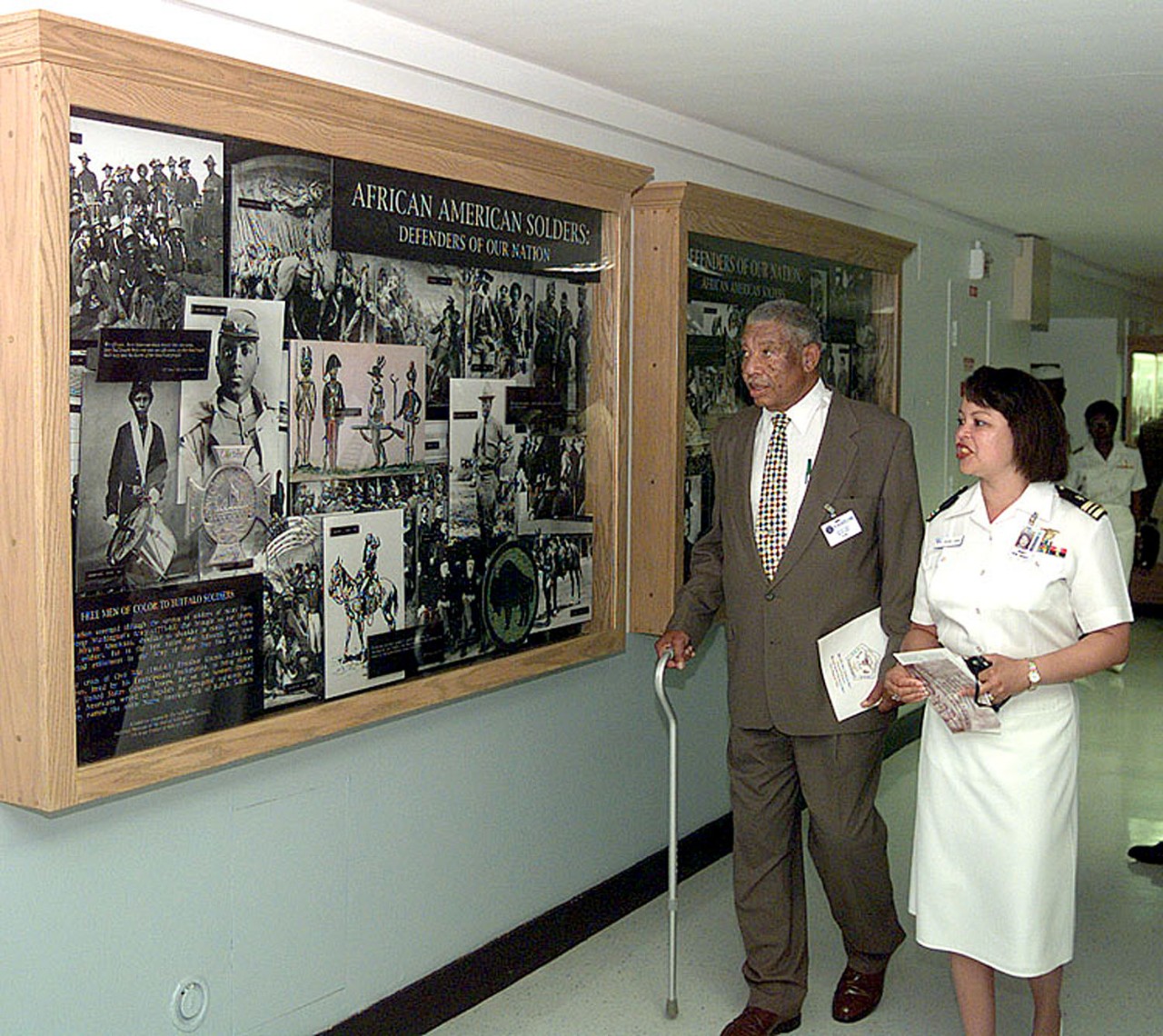 Retired Vice Admiral Samuel Gravely, the Navy's first black flag officer, strolled past an exhibit of the first African-American West Point graduate, the Buffalo Soldiers, and African Americans who fought in the Revolutionary War and Civil War. Gravely's escort was Navy Lieutenant Commander Desiree Linson, who worked for the Assistant Secretary of the Navy for Manpower and Reserve Affairs. U.S. Navy photo, 286696-T-RNR64-112.