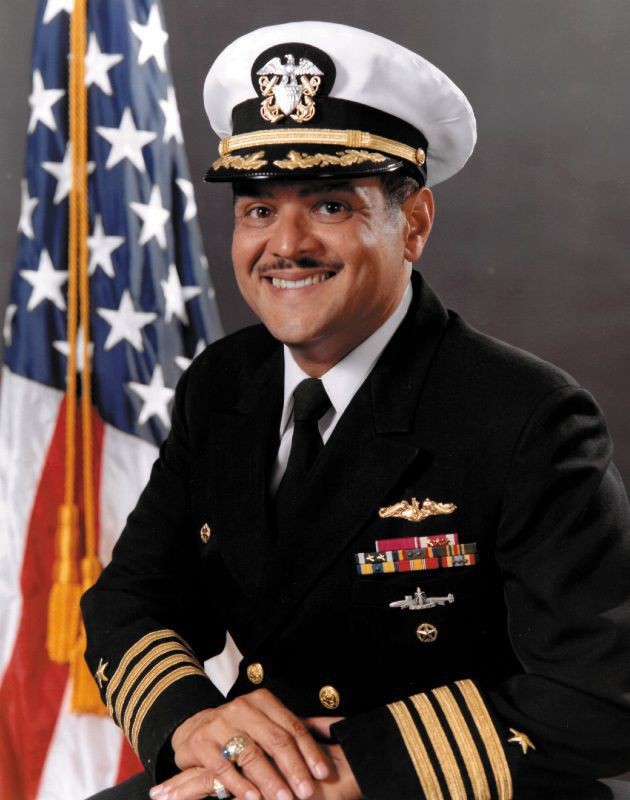 On 28 May 1983, Pete Tzomes became the first African American to command a nuclear-powered submarine, USS Houston (SSN-713). Six African Americans followed him. The designation "Centennial Seven" — the only African American men to command submarines within the first 100 years of the submarine service — recognizes their accomplishment. Throughout Tzomes’ distinguished career, he demonstrated the importance of having discipline and determination, and not letting others’ perceptions of him define who he was or his potential.

Born Chancellor Alphonso Tzomes on 30 December 1944 in Williamsport, Pennsylvania, he was the eldest of two children to James C. Tzomes and Charlotte E. (Hill) Tzomes. His parents taught him from a young age the principles of hard work and achieving goals. Tzomes planned to become a baseball player until a U.S. Naval Academy midshipman visiting his junior high school showed the film Ring of Valor. When he shared his goal with his counselor, she remarked that it was "unreasonable to expect that a Negro could go to the Academy," but he was not deterred. The Naval Academy did not accept him initially. After additional study at State University of New York, Oneonta, he obtained an appointment to the Naval Academy where he excelled as a math major, in Russian courses, and in athletics. He graduated on 7 June 1967 and received his commission as an ensign. His profile in the 1967 Lucky Bag stated, "Whatever his final decision is, Pete is sure to be a success in any branch of the service." Tzomes hoped to become a Marine Corps pilot but he was too short, so he pursued a career in the submarine force, one of the Navy’s most elite, difficult, and challenging specialties.

His assignments as a submarine officer included:

Key quotes by Tzomes include: