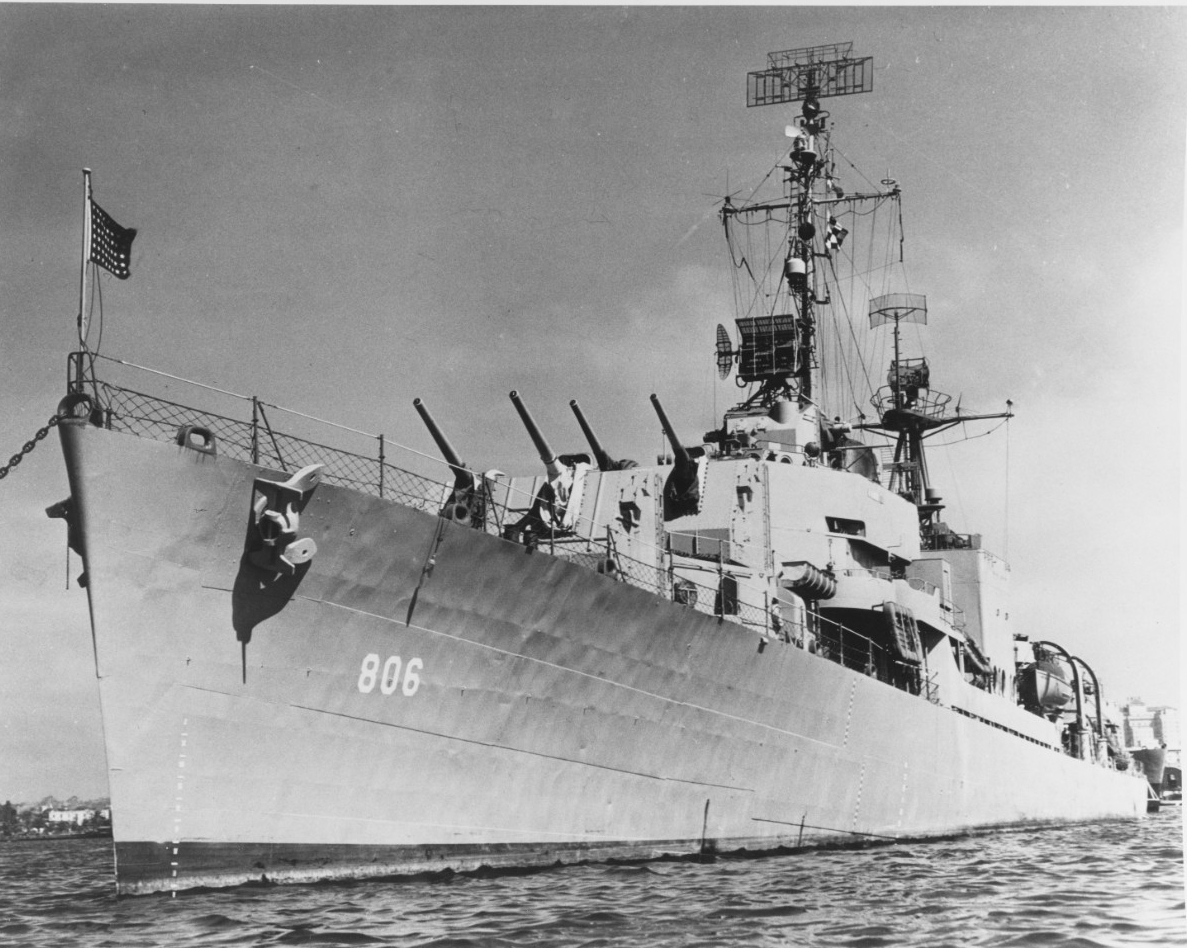 Lenah S. Higbee, first woman to receive the Navy Cross while still living, was born 18 May 1874 in Chatham, New Brunswick, Canada. After completing nurses' training at New York Postgraduate Hospital in 1899 and further training at Fordham Hospital, she engaged in private practice until entering the U.S. Navy Nurse Corps 1 October 1908. Widow of the late Lieutenant Colonel John Henley Higbee, USMC, Mrs. Higbee became Chief Nurse 14 April 1909 and second commandant of the Nurse Corps 20 January 1911. For her World War I service she received the Navy Cross 11 November 1920. Mrs. Higbee retired from the Nurse Corps 30 November 1922 and died 10 January 1941 at Winter Park, Fla. She is buried beside her husband at Arlington National Cemetery. 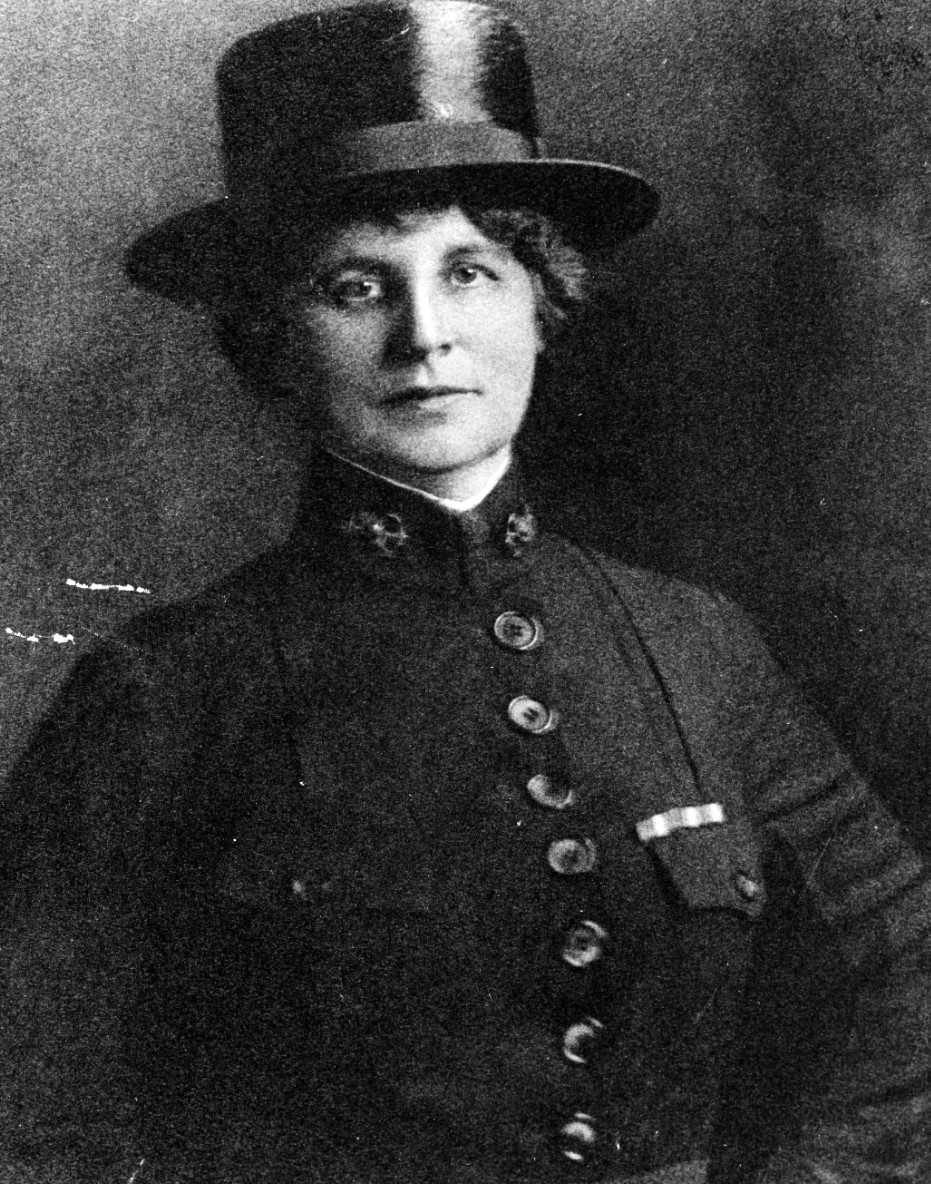 Portrait photograph of Lenah H. Sutcliffe Higbee taken in uniform during the World War I era. She was the second Superintendent of the Navy Nurse Corps, from 20 January 1911 to 30 November 1922. Official U.S. Navy Photograph, now in the collections of the National Archives. Catalog#: 80-G-1037198.

Higbee immediately sailed to Boston, where she was converted to a radar picket destroyer. After shakedown in the Caribbean, she sailed for the Pacific 24 May, joining the famed Carrier Task Force 38 less than 400 miles from Tokyo Bay 19 July. "Leaping Lenah," as she had been dubbed by her crew, screened the carriers as their planes launched heavy air attacks against the Japanese mainland until the end of hostilities 15 August. She helped clear Japanese mine fields and supported the occupation forces for the following 7 months, finally returning to San Diego 11 April 1946. The post-war years saw Higbee make two peacetime Western Pacific cruises as well as participate in fleet exercises and tactical training maneuvers during both these cruises and off the West Coast. On her second WestPac cruise, Higbee escorted the heavy cruiser Toledo as they paid official visits to the recently constituted governments of India and Pakistan in the summer of 1948.

When Communist troops plunged into South Korea in June 1950, Higbee, redesignated DDR-806 18 March 1949. was immediately deployed to the Korean coast with the 7th Fleet. Most of her Korean War duty came in screening the Fast Carrier Task Force 77 as their jets launched raids against Communist positions and supply lines. On 15 September she formed part of the shore bombardment and screening group for the brilliant amphibious operation at Inchon. Higbee returned to San Diego 8 February 1951. In two subsequent stints in Korea, she continued to screen the carrier task force and carry out shore bombardment of enemy positions. In order to protect against the possibility of Communist invasion of Nationalist China, Higbee also participated in patrol of Formosa Straits. Returning to the States 30 June 1953, she entered the Long Beach yard for a 6-month modernization which saw major structural alterations made, including an enlarged Combat Information Center, new height-finding radar, and an improved antiaircraft battery.

The radar picket destroyer's peacetime duty then fell into a pattern of 6-month WestPac cruises alternating with upkeep and training out of San Diego. Operating with the 7th Fleet on her WestPac cruises, Higbee visited Australian and South Pacific ports frequently as well as engaging in fleet maneuvers with units of SEATO navies. Her home port was changed to Yokosuka, Japan, 21 May 1960. From there Higbee continued to cruise in the Pacific and along the China coast to strengthen American force in Asia and show her determination to protect democracy against the inroads of Communism. After 2 years duty in Japan, Higbee returned to her new home port, San Francisco, 4 September 1962. On 1 April 1963 the destroyer entered the shipyard there for a fleet rehabilitation and modernization overhaul designed to improve her fighting capabilities and lengthen her life span as an active member of the fleet. Higbee was redesignated DD-806 on 1 June 1963.

Ready for action 3 January 1964, Higbee trained on the West Coast until departing for Japan 30 June and reached her new homeport, Tokosuka, 18 July. During the Tonkin Gulf Incident in August, the destroyer screened carriers of Task Force 77 in the South China Sea. In February 1965 Higbee supported the 9th Marine Brigade at Danang, Vietnam. In May she participated in Gemini recovery in the Western Pacific. On 1 September Higbee helped to rescue the crew from Arsinoe after the French tanker had grounded off Scarborough Shoals in the South China Sea. The remainder of September was spent in naval gunfire support off South Vietnam.

While operating northeast of Luzon in late January 1966, Higbee sighted Russian hydrographic ship Gidrifon. Returning to South Vietnam in April, Higbee bombarded enemy positions near Cape St. Jacques and the mouth of the Saigon River. On 17 June she departed Tokosuka for the West Coast, arrived Long Beach, her new home port, 2 July and operated out of there into 1967. 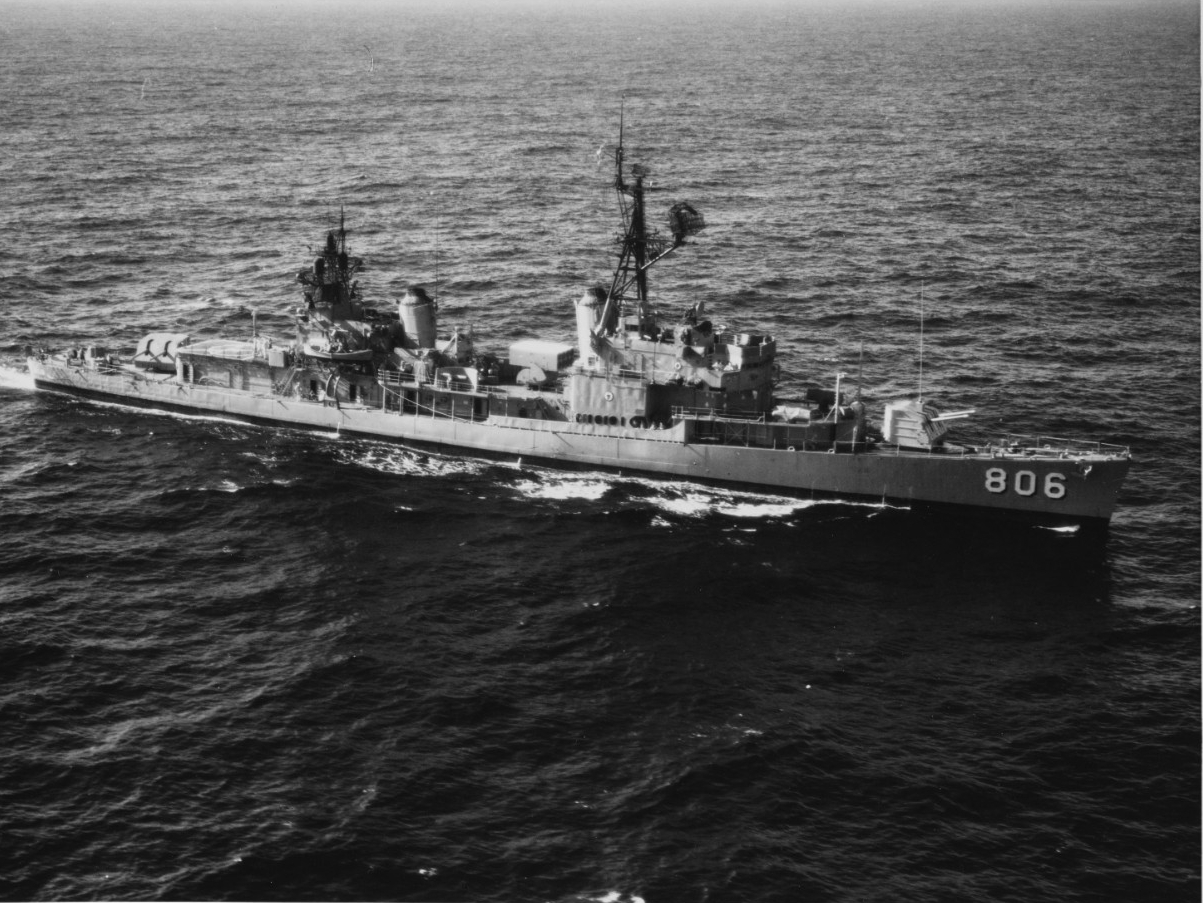