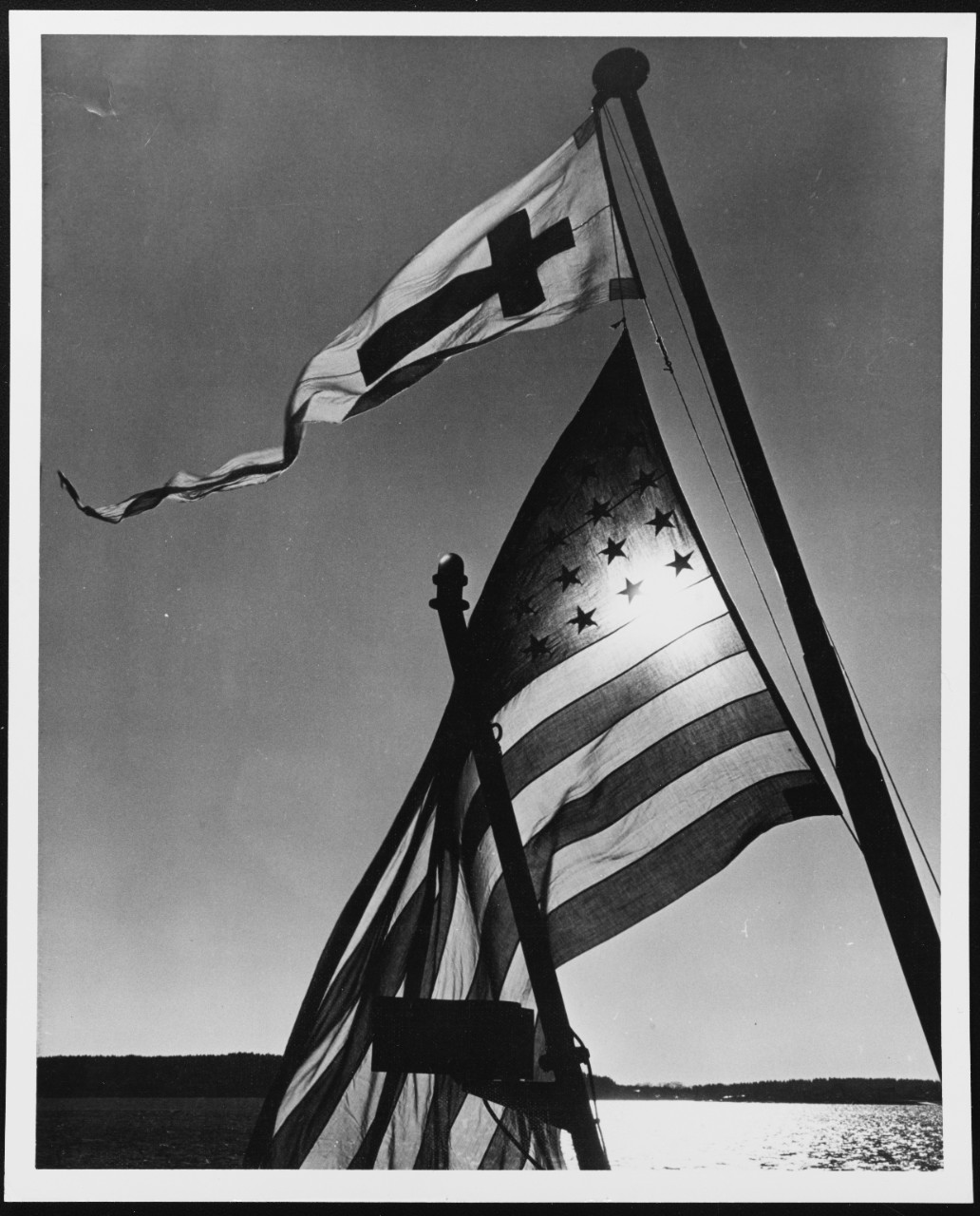 Chaplain Albert was born on 31 March 1894, at Elma, Iowa, the son of Francis Jacob Albert and Mrs. Susan Beck Albert. He attended Elma High School; Cedar Valley Seminary, Osage, Iowa; Georgia Washington University, Washington, DC; the University of Richmond, Richmond, Virginia; and the Union Theological Seminary, Norfolk, Virginia, before he was licensed to preach by the First Baptist Church of Chattanooga, Tennessee. Ordained by the First Baptist Church, Richmond, Virginia, he served as Assistant Pastor of the First Church, Richmond, and Minister of the Boulevard Baptist Church also at Richmond, prior to his appointment in the Chaplain Corps of the US, Navy, as a Lieutenant (jg), on 29 October 1918. He advanced progressively through the various grades to the rank of Captain in the Chaplain Corps, to date from 14 June 1942.

Upon entering the Chaplaincy of the US Navy in 1918, Chaplain Albert had about a month's indoctrination at the Naval Training, Station, Hampton Roads, Virginia, after which he was assigned to USS Harrisburg. Transferred to USS Melville in July 1919, he remained aboard her until May 1921, when he reported for duty with Base Squadrons, Destroyer Force, Pacific Fleet. From January 1922 until January 1923, he had consecutive service aboard USS Prairie and USS Rigel, followed by duty at the Naval Station, Tutuila, American Samoa until January 1924.

Between July 1924 and January 1925, Chaplain Albert was under instruction at the Divinity School of the University of Chicago, Chicago, Illinois, and upon completion of the course there joined USS New Mexico. In May 1925, he reported for duty in the Receiving Ship, San Francisco, California, and remained there until July 1930, when he proceeded to the Naval Station, Guam, Marianas Islands. He returned to the United States in February 1933, and was stationed at the Naval Air Station, Pensacola, Florida, until February 1935, when he joined USS Tennessee.

Detached from the Tennessee in January 1938, Chaplain Albert was assigned to the Naval Training Center, Great Lakes, Illinois, until March 1941, when he reported to USS North Carolina. He was serving aboard that battleship when the United States declared war on Japan and the Axis powers on 8 December 1941. For wounds received in action on 15 September 1942, while serving aboard USS North Carolina, he was awarded the Purple Heart Medal.

Chaplain Albert was on duty at the Marine Barracks, Camp Lejeune, North Carolina, from April 1943 until December 1944, after which he reported as Fleet Chaplain on the staff of Commander, SEVENTH Fleet. For services in the latter assignment he was awarded the Legion of Merit and cited as follows:

LEGION OF MERIT: (With Combat "V")
"For exceptionally meritorious conduct in the performance of outstanding services to the Government of the United States as Fleet Chaplain on the Staff of Commander SEVENTH Fleet, from January to August 1945. Untiring in his efforts to further the religious welfare of all denominations and faiths within the SEVENTH Fleet, Captain Albert travelled a distance of 30,000 miles in many air missions to forward areas and, throughout his extended tour, dedicated thirty-eight chapels and visited approximately two hundred chaplains. Serving with intelligence, foresight and understanding despite the difficulties imposed, Captain Albert contributed materially to sustaining the morale and spiritual welfare of many thousands of men in the Pacific theater of war, and his inspiring devotion to the fulfillment of a vital assignment was in keeping with the highest traditions of the United States Naval Service."

Continuing overseas duty, Chaplain Albert reported in August 1945, to the Commander, Philippine Sea Frontier for duty and was attached to his staff until October 1945, when he returned to the United States and reported in December of that year at the Naval Air Station, Jacksonville, Florida. On 6 October 1946, he assumed the duties of District Chaplain, Seventh Naval District, with headquarters at the Air Station, Jacksonville, Florida.

Prior to entering the Naval Service, Chaplain Albert worked for the US Government, assigned to the Department of State, Washington, DC, and was later employed by the Southern Railway, as a Spanish translator.