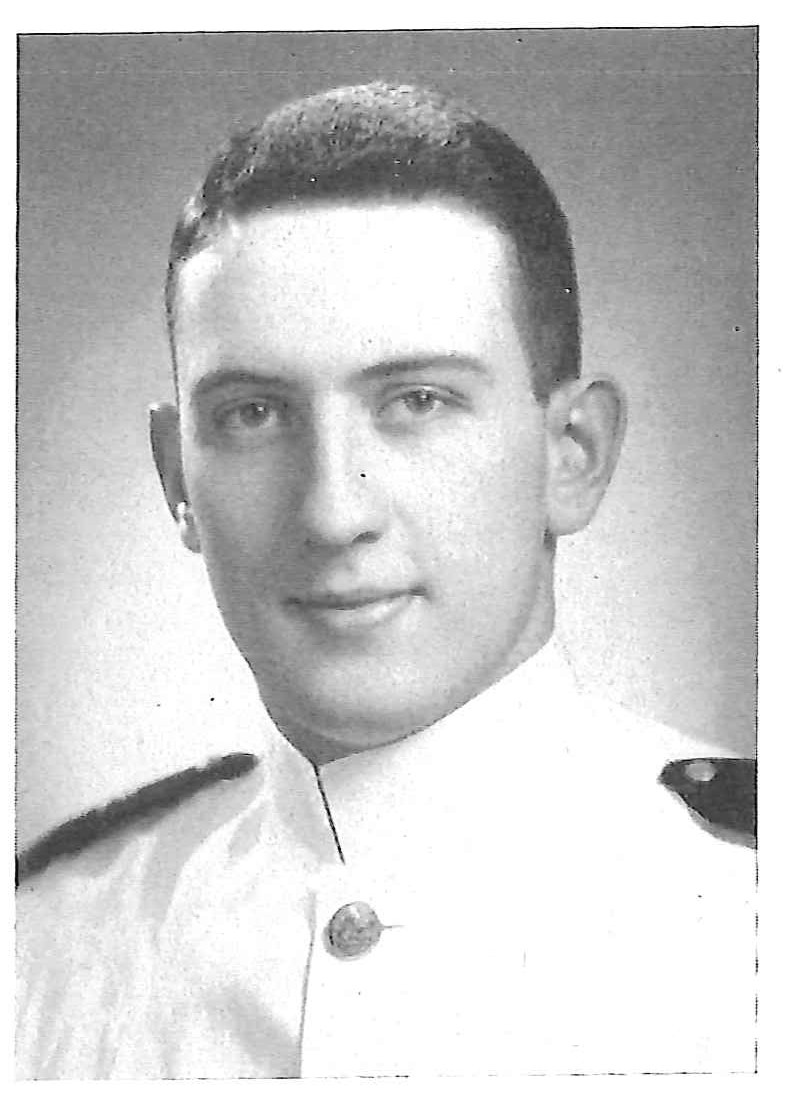 Edward Clausner, Jr., was born in Buffalo, New York, on October 27, 1929, son of M.E. and Mrs. (Lucille E. Jones) Clausner. He attended Millburn (New Jersey) High School, prior to entering the US Naval Academy, Annapolis, Maryland, on appointment from Ohio. Graduated and commissioned Ensign in June 1, 1951, he subsequently advanced in rank to that of Commander, to date from October 1, 1965.

After graduation from the Naval Academy in 1951, he joined the USS Menard (APA-201) as Assistant Navigator and First Division Officer. In August 1952 he transferred to the USS LST 1068 as Engineer, and from January to June 1953 had instruction at the Naval Submarine School, New London, Connecticut. He next served as Communicator, Gunnery Officer, and Engineer in the USS Robin (SS-407), and in March 1956 reported as Operations Officer and Navigator of the USS Sea Cat (SS-399).

During the period June 1957 to June 1959 he had duty as Project Officer with the Mine Warfare Evaluation Detachment, Key West, Florida, the became Communication Officer on the Staff of Commander Submarine Squadron Twelve. In June 1960 he reported as Executive Officer and Navigator on board the USS Threadfin (SS-410), and from August 1962 until June 1963 had instruction at the Naval War College, Newport, Rhode Island. He assumed command of the USS Tirante (SS-420) in July 1963 and served in that capacity until August 1965, when he was assigned to the University of Miami (Florida), for instruction. In July 1967 he reported for duty in the office of the Oceanographer of the Navy, Alexandria, Virginia.