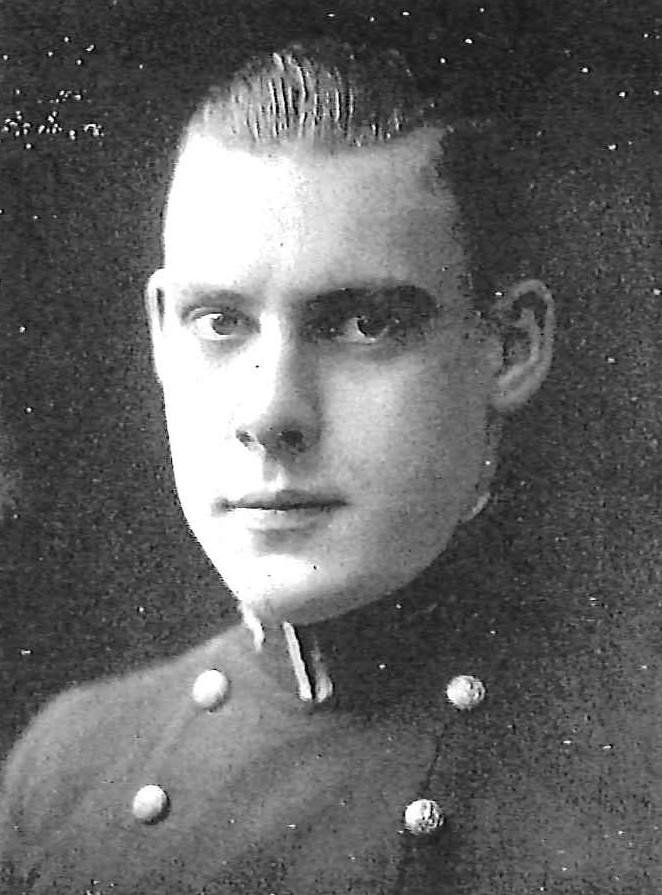 After graduation in 1922, he had duty in connection with fitting out the USS Pittsburgh, and served in that cruiser from her commissioning, August 1, 1922, until June of the following year. He was then ordered to duty with the US Naval Detachment in Turkish Waters, and while in that assignment served successively in the McCormick, Parrott, Edsall and Scorpion until July 1925. Returning to the United States, he joined the USS Tracy in September 1925, and served aboard that destroyer during the Second Nicaraguan Campaign and until June 1929.

He was on duty in the District Communication Office, San Francisco, California, from July 1929 until February 1930, when he joined the USS Hazelwood, training ship for the Twelfth Naval District, as Executive Officer. In November 1930 he was transferred to the USS Lamberton, another training ship for the District, and six months later he detached with orders to the USS Gold Star, Station Ship at Guam. He returned to the United States after three years in that assignment.

In September 1934 he reported to the Naval Academy for duty as an instructor in the Department of Mathematics. In May 1936 he was ordered to duty afloat, and for three years served in the battleship Texas. He was again an instructor of Mathematics at the Naval Academy from September 1939 until May 1941. In June he assisted in fitting out the USS Fulton at the Navy, Mare Island, California, joining that submarine tender on her commissioning there on September 12, 1941. He severed successively as her Navigator, Executive Officer and from August 1944 as Commanding Officer until June 1945, during which she operated in the Pacific, participating in the Battle of Midway on June 3-6, 1942.

Upon his return to the United States he had a brief period of instruction in Washington, DC, and reported in July 1945 to the US Naval Personnel Separation Center, Great Lakes, Illinois, where he served as Commanding Officer until August 1946. For “outstanding performance of duty as Commanding Officer of the US Naval Personnel Separation Center at Great Lakes, Illinois, from August 22, 1945 to September 6, 1946…” he received a Letter of Commendation with authority to wear the Commendation Ribbon from the Secretary of the Navy.

After two years’ duty on the staff of Commander, Gulf Sea Frontier, he reported in August 1948 as Assistant Chief of Staff for Operations, to the Commandant, Eighth Naval District, New Orleans, Louisiana. During the period of that assignment he served as Alternate Member, Southwest Area Sub Committee on Facilities and Services at Kelly Air Force Base, San Antonio, Texas. He was ordered on November 29, 1949, to duty with the Navy Department Management Survey Secretary in charge of the Secretariat, Navy Department Management Survey Board.

Captain Clarkson was ordered on May 25, 1950, to duty as Commanding Officer of the Naval Station, New Orleans, Louisiana, his present assignment.