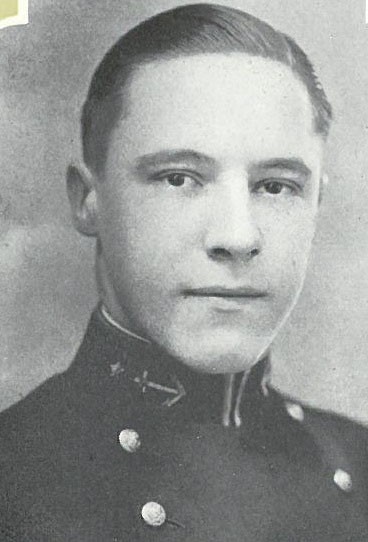 Herbert Carl Zitzewitz was born in Chicago, Illinois, on 22 December 1905, son Ernst F. and Mary Kurz Zitzewitz. He was graduated from Senn High School in Chicago, and attended the University of Illinois for a year before his appointment to the US Naval Academy, Annapolis, Maryland, in 1923. As a Midshipman he belonged to the Intercollegiate Gymnastic Team, and was Champion Tumbler. He was graduated and commissioned ensign on 2 June 1927 and through subsequent promotions attained the rank of Captain, to date from 20 March 1945.

Following graduation from the Naval Academy, he was first assigned to USS Saratoga, then being completed at Camden, New Jersey. He continued service in that aircraft carrier from her commissioning on 16 November 1927, until the spring of 1929, and thereafter for two years had duty in USS Cohglan and USS Dickerson, destroyers operating on the East Coast. He returned to Annapolis in June 1931 for the course in Naval Construction at the Naval Postgraduate School and, continuing instruction at the Massachusetts Institute of Technology, was graduated with the degree of Master of Science in June 1934.

For five years he was assigned to the New York Navy Yard, Brooklyn, New York, where he served in the Industrial Department. In 1939 he was transferred to the Industrial Department of the US Navy Yard, Cavite, Philippine Islands, and while on duty there, additionally served as Dry Dock Officer at the Naval Station, Olongapo, P. I. Upon his return to the United States, he was ordered to the Office of the Supervisor of Shipbuilding, Newport News Shipbuilding and Dry Dock Company, Newport News, Virginia, where he was serving when the United States entered World War II on 8 December 1941, and continued duty there until January 1943.

From March 1945 to April 1947 he had duty in connection with ship repair at Manus, Admiralty Islands, Samar, and Subic Bay in the Philippines. He then reported for tour of duty in the Bureau of Ships (Facilities Branch), Navy Department, Washington, DC. That assignment ended in March 1950, when he was sent to the Philadelphia Naval Shipyard as Industrial Engineer. On 5 July 1951, he was ordered to the Office of the Chief of Naval Operations, Navy Department, and thence in August to Ankara, Turkey, as Chief of Staff and Aide, Logistics and Engineer Officer, to the Chief Naval Group, Joint Military Mission for Aid to Turkey.

He returned to the United States in October 1953, and was assigned to the New York Naval Shipyard, Brooklyn, New York.

Captain Zitzewitz was married to the former Margaret Batchelder of Portsmouth, New Hampshire and they had three children. He passed away 19 October 1991.