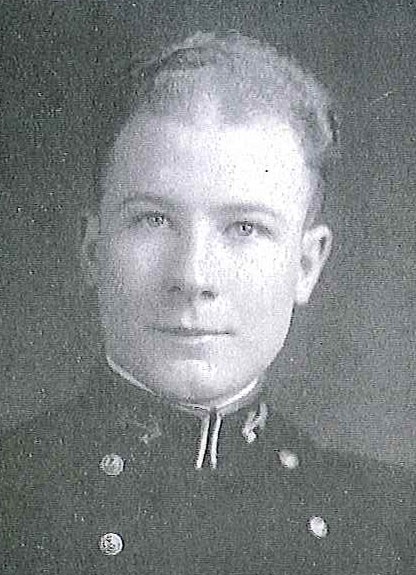 Jackson Dominick Arnold was born in Gainesville, Florida, on November 3, 1912, son of Mrs. (Irene E. Dominick) Arnold and the late Major Albert Charles Arnold, USA. He attended Hyattsville (Maryland) High School; Central high School, Washington, DC, and the Stadium High School, Tacoma, Washington, prior to his appointment to the US Naval Academy, Annapolis, Maryland, from the Third District of South Carolina in 1930. As a midshipman he played varsity tennis and was a member of the “N” club. Graduated and commissioned Ensign on May 30, 1934, he subsequently advanced in rank, attaining that of Admiral, to date from October 14, 1970.

Following graduation from the Naval Academy in 1934, he reported on board USS Arizona, and in January 1937 was detached for flight training at the Naval Air Station, Pensacola, Florida. Designated Naval Aviator in December 1937, he then joined Torpedo Squadron SIX, as Material Officer, operating from USS Enterprise. Transferred to Scouting USS Savannah in June 1938, he had duty as Senior Aviator of Cruiser Scouting Squadron EIGHT until may 1940. He was next assigned to the Naval Air Station, Pearl Harbor, Territory of Hawaii, as Assistant Assembly and Repair Officer, and Inspection and Survey officer, and was so serving when the Japanese attacked the Naval Base there on December 7, 1941.

From May 1942 to March 1943 he had duty in connection with the forming and he training of personnel for Torpedo Squadron TWO at the Naval Air Station, Quonset Point, Rhode Island. He commanded that squadron, which has attached to USS Hornet, until June 1943, when he became Commander Carrier Air Group TWO. For outstanding services while on board the Hornet, he was awarded the following:

Navy Cross: “…Particpating in a strike against hostile surface units, Commander Arnold scored a damaging near miss on a carrier and directed his flight in damaging and probably destroying the enemy vessel and in obtaining a torpedo hit on a cruiser…” on June 20, 1944, during the First battle of the Philippine Sea.

Air Medal: “…On September 12, 1944, in the vicinity of the Philippine Islands, he skillfully attacked and destroyed a single engine enemy fighter plane while leading a strike against important enemy bases…”

Silver Star Medal: “…On September 21, 1944, in the vicinity of the Philippine Islands, he personally directed naval air units in a strike against an important enemy harbor… the results (of which) were devastating to the enemy causing the destruction of and damage to a sizeable amount of merchant shipping and shore facilities…”

He was also awarded Gold Stars in lieu of the Second, Third, Fourth, and Fifth Air Medal, and a Gold Star in Lieu of the Second Distinguished Flying Cross for completing twenty-five missions, during the period March 30 to September 7, 1944, in the Guam, Woleai, Ponape, Palau, Bonin, and Philippine Islands Areas. He is also entitled to the Ribbon for, and a facsimile of the Presidential Unit Citation awarded USS Hornet.

Returning to the United States in December 1944, he was assigned to the Aviation Plans Division, Office of the Deputy Chief of Naval Operations (Air), Navy Department, Washington, DC. There he was a member of a Board to develop a personnel program similar to the Integrated Aeronautic Program developed by Admiral Arthur W. Radford, USN; and later was recorder of the Board to review the Integrated Aeronautic Program in order to insure policies for Naval aviation which would provide a unified program capable of expansion in time of national emergency. During the period October 1946 to December 1947 he served as Head of the Integrated Aeronautic Program Unit, which was engaged in monitoring the program, and preparing reports for DCNO (Air) and the Chief of the Bureau of Aeronautics. He also had duty as Secretary for the Air Planning Group engaged in the development of policy for the Naval Aviation Program.

In January 1948 he joined USS Boxer as Air Officer, and in September of that year was detached for duty as Assistant Overhaul and Repair Officer, later Overhaul and Repair Officer, at the Naval Air Station, San Diego, California, and while there was designated, September 27, 1948, aeronautical engineering duty officer. In June 1950 he reported for instruction at the Harvard Graduate School of Business Administration, Cambridge, Massachusetts, and in June 1952 received the degree of Master of Business Administration. While there he had industry training, July-August 1951, at the General Mills Corporation, Minneapolis, Minnesota. He became Head of the Technical Division, Office of the Bureau of Aeronautics General Representative, Western District, with headquarters in Los Angeles, California.

Under orders of March 27, 1958, he served as Commanding Officer, Naval Air Material Center, Naval Base, Philadelphia, and on July 31, 1961, he was again ordered to the Navy Department to serve in the Bureau of Naval Weapons (combination of Bureaus of Aeronautics and Ordance, effective January 1, 1961), as Assistant Chief for Production and Quality Control. On November 30, 1963 he joined the Staff of Commander Naval Air Force, US Pacific Fleet as Force Material Officer.

He is a member of the Army-Navy Country Club, Arlington, Virginia, the American Jujitsu Guild, Honolulu, the Quiet Birdmen, and the Harvard Business School Club of Washington, DC.