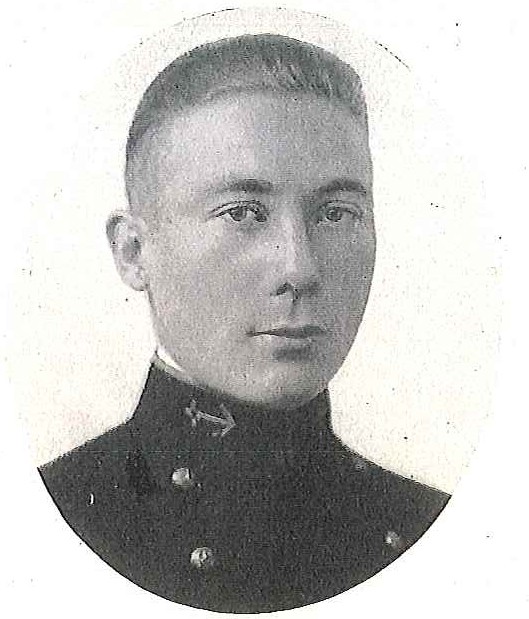 Joseph Raphael Barabaro was born on June 20, 1900, in Winchester, Massachusetts, the son of James V. and Cantida (Iandoli) Barbaro. He attended Winchester High School, before receiving his appointment to the US Naval Academy, Annapolis, Maryland, from his native state in 1917. As a Midshipman he participated in wrestling and class baseball. Graduated and commissioned Ensign on June 2, 1921, he subsequently attained the rank of Captain to date from June 10, 1943.

Following graduation from the Naval Academy in 1921, he had consecutive duty in the battleship Utah and the destroyer Reuben James, both operating with the European Squadron. Detached from the Reuben James in January 1923, he had instruction at the Torpedo School, Newport, Rhode Island, and upon completing the course in May 1923, he joined the USS Humphreys, a unit of the Atlantic Fleet. Between January and June 1925 he had submarine training at the Submarine Base, New London, Connecticut, and after completing his instruction in June 1925 reported aboard the USS S-37, operating on Asiatic Station.

In September 1928 he returned to the Naval Academy to serve as an Instructor in Marine Engineering and Spanish until June 1930, when he was assigned duty with the Electoral Mission in Nicaragua. In December 1930 he joined the USS Marblehead, as Assistant Gunnery Officer, and continued duty in that cruiser, operating in both the Atlantic and Pacific, until June 1933. He then reported for a second tour of duty at the Naval Academy as an Instructor in Spanish.

From the June 1936 to February 1938 he had duty first, as Assistant Gunnery Officer and later as Acting Gunnery Officer aboard the USS Pennsylvania, operating with the Battle Fleet, after which he transferred to the USS Concord. He severed as Gunnery Officer aboard that cruiser until June 1939, after which he was again ordered to the Naval Academy, to serve as Head of the Second Class Committee of Instructors in Electrical Engineering. In July1940 he was assigned to the War Plans Division in the Office of the Chief of Naval Operations, Navy Department, Washington, DC.

In January 1941 he became Chief of the United States Mission to Ecuador. “For exceptionally meritorious conduct…” in this assignment he was awarded a Gold Star in lieu of a Second Legion of Merit, with the following citations: “With a profound understanding of the problems of the Ecuadorian Navy, (he) skillfully developed mutual respect and friendship between the United States and Ecuador and thereby enable the Naval Forces of the two countries to operate with close military cooperation….”

He received a sea command in January 1943, the USS Thomas Jefferson, and was commanding that high speed transport during the invasions of Normandy, Southern France, and Okinawa. He was awarded the Bronze Star Medal and the Legion of Merit, both with Combat “V.” The citations follow in part:

Bronze Star Medal—“For meritorious service… in action against enemy forces off the coast of France, June, 1944. Handling his ship with excellent skill and effectively coordinating his boat group control craft during the initial invasion of Normandy, (he) successfully, bebarked troops without loss and dispatched assigned landing craft to the proper beaches despite unfavorable sea conditions…”

Legion of Merit—“For ….outstanding services…. As Commanding Officer of the USS Thomas Jefferson, prior to and during the amphibious invasion of Southern France in August 1944… By skillful seamanship as coordination he brought his ship through prescribed routes to the proper unloading point and, when it became apparent that landing was impossible because of extensive underwater obstructions, carried out the disembarkation operations in the face of enemy resistance on an alternate beach…”

Relieved of command of the Thomas Jefferson in August 1945 he returned to the Unites States to serve as Assistant Director of the Pan American Affairs and Naval Missions Division in the Office of the Chief of Naval Operations, Navy Department. Following a period of hospitalization, April to July 1950, he reported for duty on the Selection Board and as a member of the Physical Review Council, in the Bureau of Naval Personnel, Naval Department. He is now under orders to report as Naval Attaché and US Naval Attaché for Air, at the American Embassy, Caracas, Venezuela.