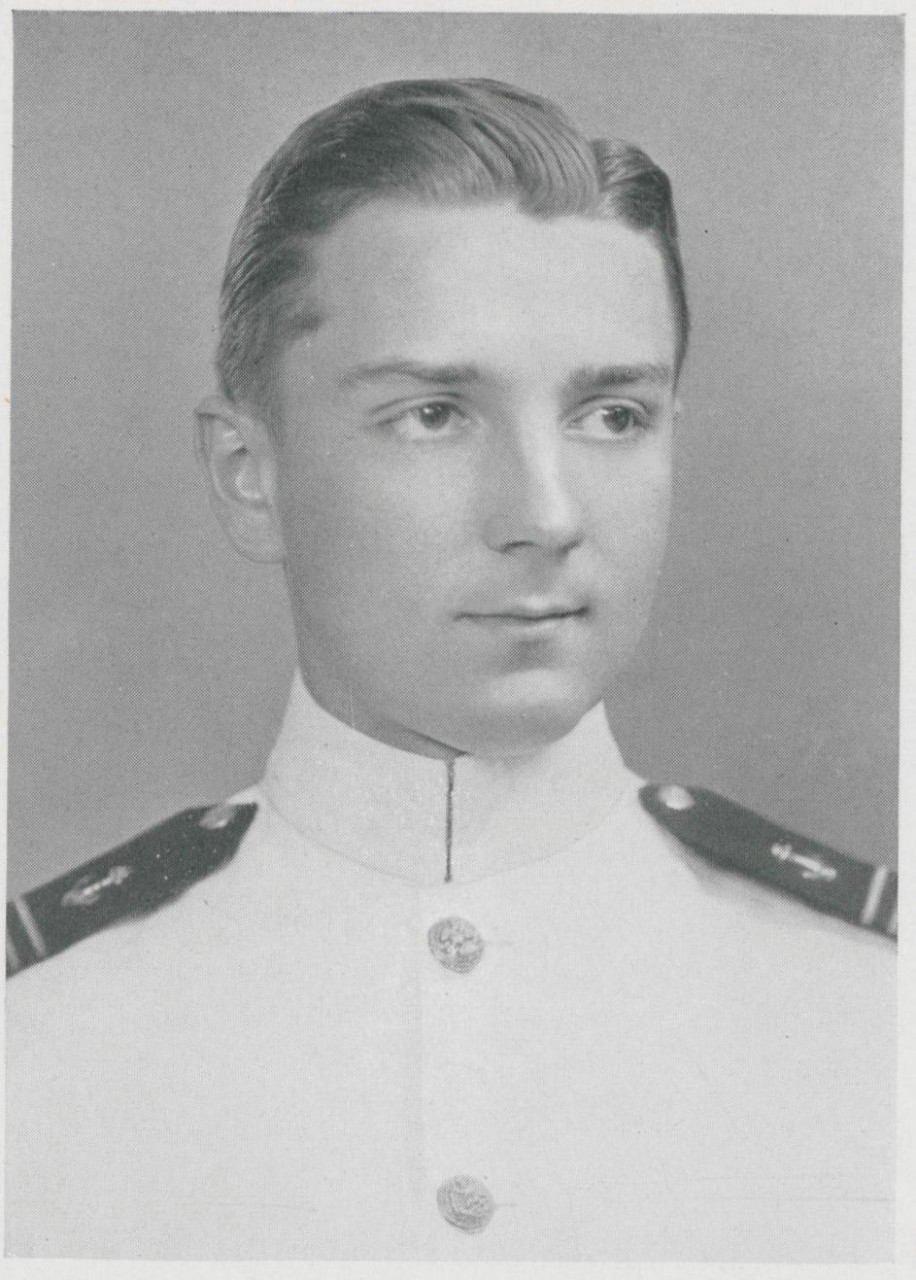 Max Arnold Berns, Jr., was born in Cleveland, Ohio, on November 4, 1917, son of Mrs. (Genevieve Francisco) Berns and the late Max A. Berns. He attended Oak Park and River Forest Township High School, Oak Park Illinois, and Amherst College, Amherst, Massachusetts, for one year, prior to entering the U.S. Naval Academy, Annapolis, Maryland, on  appointment from the State of Illinois, in 1935, Graduated and commissioned Ensign on June 1, 1939, he subsequently advanced in rank, attaining that of Captain, to date from July 1, 1958.

Following graduation from the Naval Academy in 1939, he joined the USS Trenton, flagship of Squadron 40-T, based at Villefranche, France and Lisbon, Portugal. While attached to that cruiser, he was assigned, during August and September 1940, as Special Liaison Officer in connection with the evacuation of the Royal Family of Luxembourg from Europe to the United States. Detached from the Trenton in September 1940, he next served in the USS Livermore, flagship of Commander Destroyer Division TWENTY-ONE, which participated in Atlantic Fleet convoy operations. He was serving in that destroyer when the United States entered World War II, December 8, 1941. The Livermore was credited with two possible submarine sinkings in the North Atlantic.

Between June and October 1942 he had preliminary flight training at the Naval Air Station, New Orleans, Louisiana, and in April 1943 completed flight training at the Naval Air Station, Pensacola, Florida. He was designated Naval Aviator, April 13, 1943, then had operational training, fighter type, at the Naval Air Station, Green Cover Springs, Florida, until July 1943. He remained there as an instructor in fighter type aircraft until September of that year, after which he had a similar assignment at the Naval Air Station, Sanford, Florida. In July 1944 he reported on board the USS Shamrock Bay and while on board that escort aircraft carrier he served as War Officer for nineteen months, Navigator for five months and Executive Officer for two months.  "For meritorious service as War Officer of the USS Shamrock Bay during action against enemy Japanese forces in the vicinity of the Ryukyu  Islands from April 1 to June 25, 1945..."  he was awarded the Bronze Star Medal with Combat "V." The citation further states in part:

"Maintaining his department at a high peak of operational efficiency, Lieutenant Commander Berns contributed materially to the success of his ship and air detachment in inflicting extensive damage on the enemy throughout extended operations in this area..."

Detached from the Shamrock Bay  in June 1946, he returned to the Naval Academy, where he served as an Instructor in the Aviation Department, the Department of Seamanship and Navigation and again in the Aviation Department. While there he also participated in the Midshipmen's practice cruises during the summers of 1947 and 1948 on board the USS Kearsarge  and USS Coral Sea, respectively. Between September and December 1948 he had refresher flight training, fighter type aircraft, at the Naval Advanced Training Command, Jacksonville, Florida, and in January 1949 assumed command of Fighter Squadron NINETY-TWO, operating off the USS Leyte and later the USS Midway. During September 1949 he had temporary additional duty as Naval Air Group Commander during the Joint Navy-Air Force Aerial Maneuvers in Philadelphia, Pennsylvania. In November 1949 he became

Commanding Officer of Fighter Squadron  SEVENTY-FOUR and from March to June 1950 had additional duty  as Commander Carrier Air Group SEVEN.

He had temporary duty in the Office of Naval Intelligence, Navy Department, Washington, D.C., July - August 1950, preparatory to his assignment as U.S. Naval Attache and Naval Attache for Air, Warsaw, Poland. After the Polish Government reduced U.S. Naval Representation, he was relieved in Berlin, and subsequently served until August 1952 as Intelligence Officer on the staff of Commander Naval Forces, Germany. He was Training Officer at the Naval Auxiliary Air Station, Corry Field, Pensacola, Florida, until August 1954, after which he had instruc[tion] at the Air War College, Maxwell Air Force Base, Alabama. Graduated first in a Class of one hundred and sixty-five members in July 1955, he was next assigned to the Navy Section, Military Assistance Division at Headquarters, U.S. European Command, Paris, France. For his outstanding service there he received a commendatory letter from General Decker, Deputy Commander in Chief, U.S. European Command.

In June 1957 he became Head of the Aviation Personnel Liaison Staff in the Office of the Chief of Naval Operations, Navy Department, and while there had additional duty in the Bureau of Naval Personnel. He joined the staff of Commander Carrier Division Two as Operations Officer in July 1959 and in July 1960 was detached to command the USS Platte (AO-24). In November 1961 he reported as Commanding Officer of the USS Randolph (CVS-15) and in October 1962 was detached for duty as Chief of Staff and Aide to Commander Carrier Division SIX.