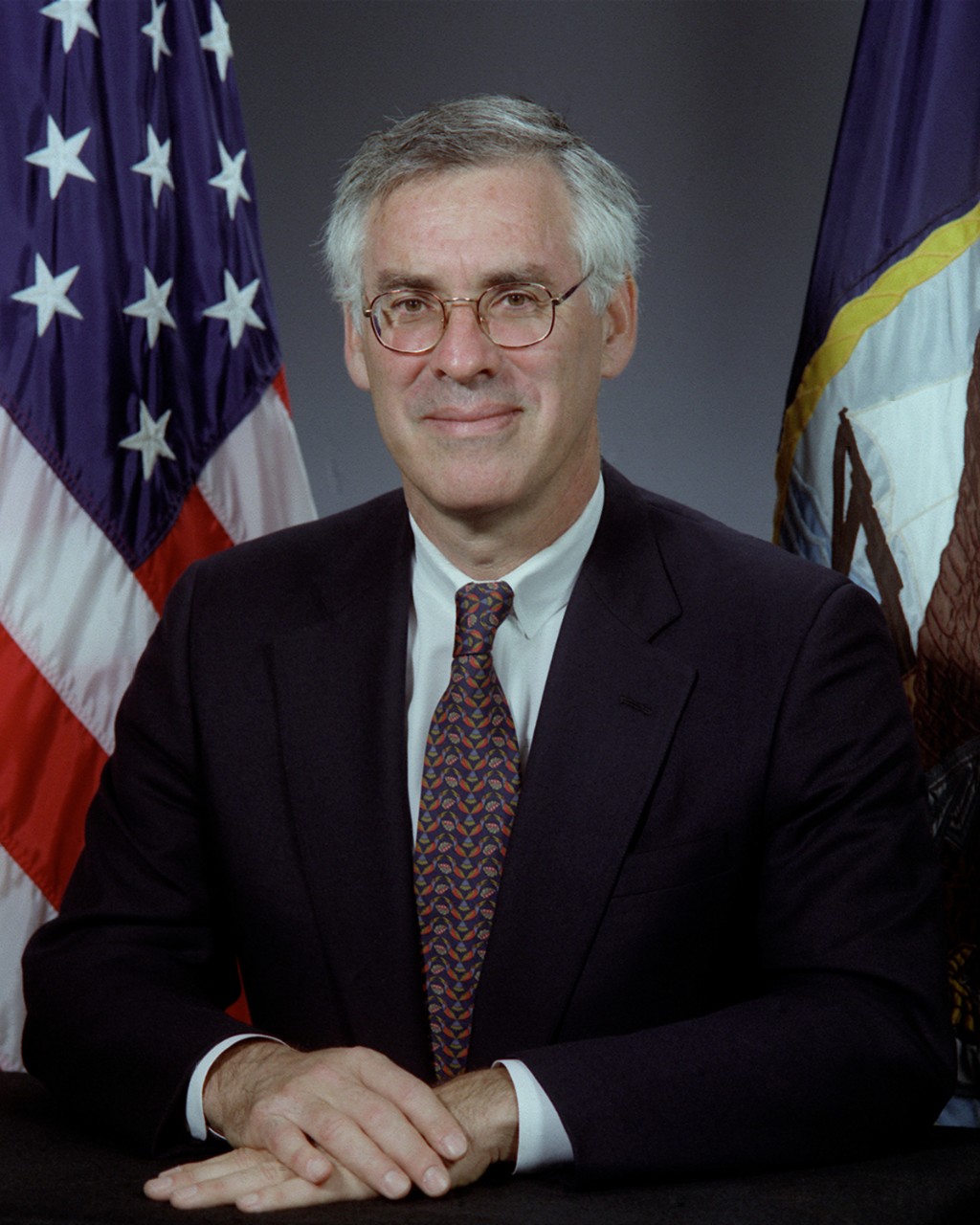 The Secretary of the Navy heads the Department of the Navy consisting today of 372,000 active duty and 90,000 Reserve Sailors, 172,000 active duty and 40,000 Reserve Marines, and, 198,000 civilians. Its annual budget is approximately $84 billion dollars. It has over 315 warships and 4,100 aircraft, four universities and a research, development, test and evaluation budget of nearly $9 billion.

Mr. Danzig was sworn in as the 71st Secretary of the Navy on November 16, 1998 and served in this position until 20 January 2001. He served as Under Secretary of the Navy between November 1993 and May 1997. In the period between these two jobs, he and his wife lived in Asia and Europe while Mr. Danzig served as a Traveling Fellow of the Center for International Political Economy and as an Adjunct Professor at Syracuse University's Maxwell School of Citizenship & Public Affairs.

Mr. Danzig was born in New York City in 1944. He received a B.A. degree from Reed College, a J.D. degree from Yale Law School, and Bachelor of Philosophy and Doctor of Philosophy degrees from Oxford University, where he was a Rhodes Scholar. Upon his graduation from law school, Mr. Danzig served as a law clerk to U.S. Supreme Court Justice Byron White.

Between 1972 and 1977, Mr. Danzig taught contract law at Stanford and Harvard Universities. He also was awarded a Prize Fellowship of the Harvard Society of Fellows, and a Rockefeller Foundation Fellowship. From 1977 to 1981, he served in the Office of the Secretary of Defense, first as a Deputy Assistant Secretary and then as the Principal Deputy Assistant Secretary of Defense for Manpower, Reserve Affairs and Logistics. In these roles, he contributed particularly to the development of the Department's ability to mobilize manpower and material for deployment abroad. In 1981, he was awarded the Defense Distinguished Public Service Award.

From 1981 to 1993, Mr. Danzig was a Washington, D.C., partner of the national law firm of Latham & Watkins. He served as Deputy Chair of the firm's International Practice Group, and also as Director of its Japan Group. He was also a Director of the National Semiconductor Corporation, a Trustee of Reed College, and interim Director of Litigation and then Vice Chairman of the International Human Rights Law Group. During this time, Mr. Danzig was co-author of the book, National Service: What Would It Mean?, that contributed to the development of America's present civilian National Service system.

As Secretary of the Navy, Mr. Danzig has particularly emphasized four themes: treating Sailors and Marines as skilled workers (ridding the Services of "a conscript mentality") and directing new capital investments and personnel systems to better support them; achieving better synergy between the Navy and Marine Corps; strengthening the ability of the sea services to influence events on shore; and embracing information age and other new technologies that can better achieve these goals.

Programs developed or expanded during his tenure of which he is especially proud include: The Navy College Program (college credits for all Navy training); Smart Ship (greatly enhanced automation on ships); Smart Work (use of civilian teams for painting ships and providing better tools and working conditions for Sailors and Marines); Electric Drive and Integrated Power Systems for the next class of ships; the Navy and Marine Corps Foreign Area Officers and the Marine Corps "Year Out" programs; and Lifelines and the Navy-Marine Corps Intranet (programs using internet technology to make data consistently accessible throughout the Department). During his time in office, the Navy and Marine Corps have met recruiting and end strength goals, substantially reduced unfilled billets at sea and improved pay, benefits and living conditions for Sailors and Marines. and Marines.