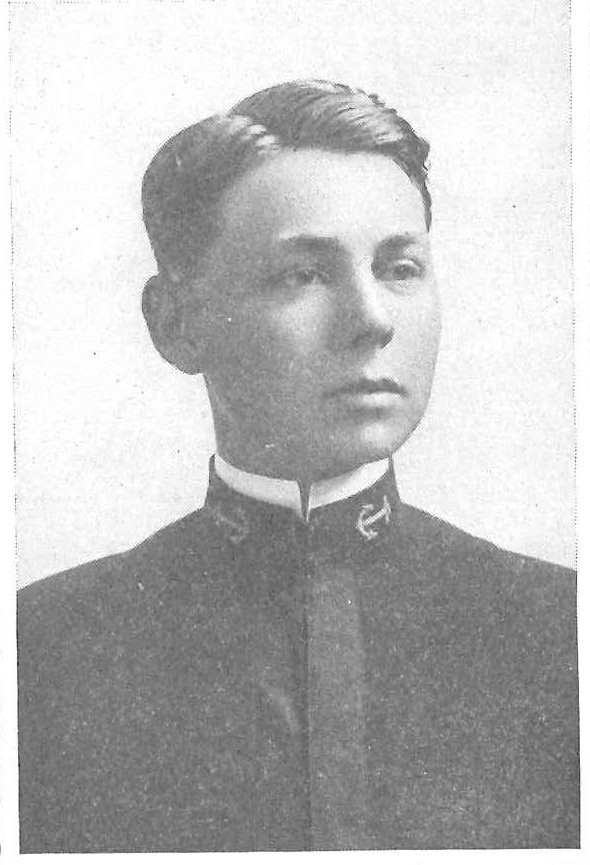 George Nathan Barker was born on March 6, 1886, in Littleton, Massachusetts.  He was appointed to the US Naval Academy, Annapolis, Maryland, from his native state in 1903.  Graduated on June 6, 1907, and commissioned Ensign after two years at sea, then required by law, he subsequently advanced to the rank of Captain to date from June 30, 1945.  On January 1, 1947, he was transferred to the Retired List of the U.S. Navy.

Relieved of command of the DRAYTON in June 1918, he reported to the Fore River Shipbuilding Company, Quincy, Massachusetts, to assist in fitting out the USS Israel, and was assigned to that vessel from her commissioning in September 1918, until July 1919.  For services as Commanding Officer of the USS Drayton, and later the USS Israel, during World War I, he was awarded the Navy Cross and cited as follows:

NAVY CROSS: “For distinguished and meritorious service during the World War in the line of his profession and in a duty of great responsibility, first as Commanding Officer of the USS Drayton, engaged in the important, exacting and hazardous duty of patrolling waters infested with enemy submarines and mines, and escorting convoys through these waters, and later as Commanding Officer of the USS Isreal in the Eastern Mediterranean and as Senior United States representative at Spalato, when he was constantly called upon to deal with conditions requiring tact and diplomatic ability, all of which he manifested in a high degree, with the result that harmonious relations were maintained between the various Powers represented at Spalato, and good order preserved in a region where conditions were greatly disturbed.”

Following duty as Officer in Charge of the Navy Recruiting Station, Boston, Massachusetts, with additional duty in connection with instruction and inspection of the Naval Reserve Units, Boston, Captain Barker assumed command of the USS Mahan, in October 1927.

In May 1929 he returned to the United States, and the following month reported as Aide to the Commandant, Navy Yard, Portsmouth, New Hampshire.  In May 1932 he was ordered to the Bethlehem Shipbuilding Corporation, Quincy, Massachusetts, to assist in connections with fitting out the USS Portland.  He joined that vessel as Executive Officer upon her commissioning, in February 1933, and served in that capacity until June 1934, when he was assigned to Harvard University, Cambridge, Massachusetts, for duty with the Naval Reserve Officers Training Corps Unit.

Reporting to Headquarters, First Naval District, in October 1945, Captain Barker served as Officer in Charge, Branch Hydrographic Office, until November 1946, when he was relieved of all active duty pending retirement.  He was transferred to the Retired List of the US Navy on January 1, 1947.