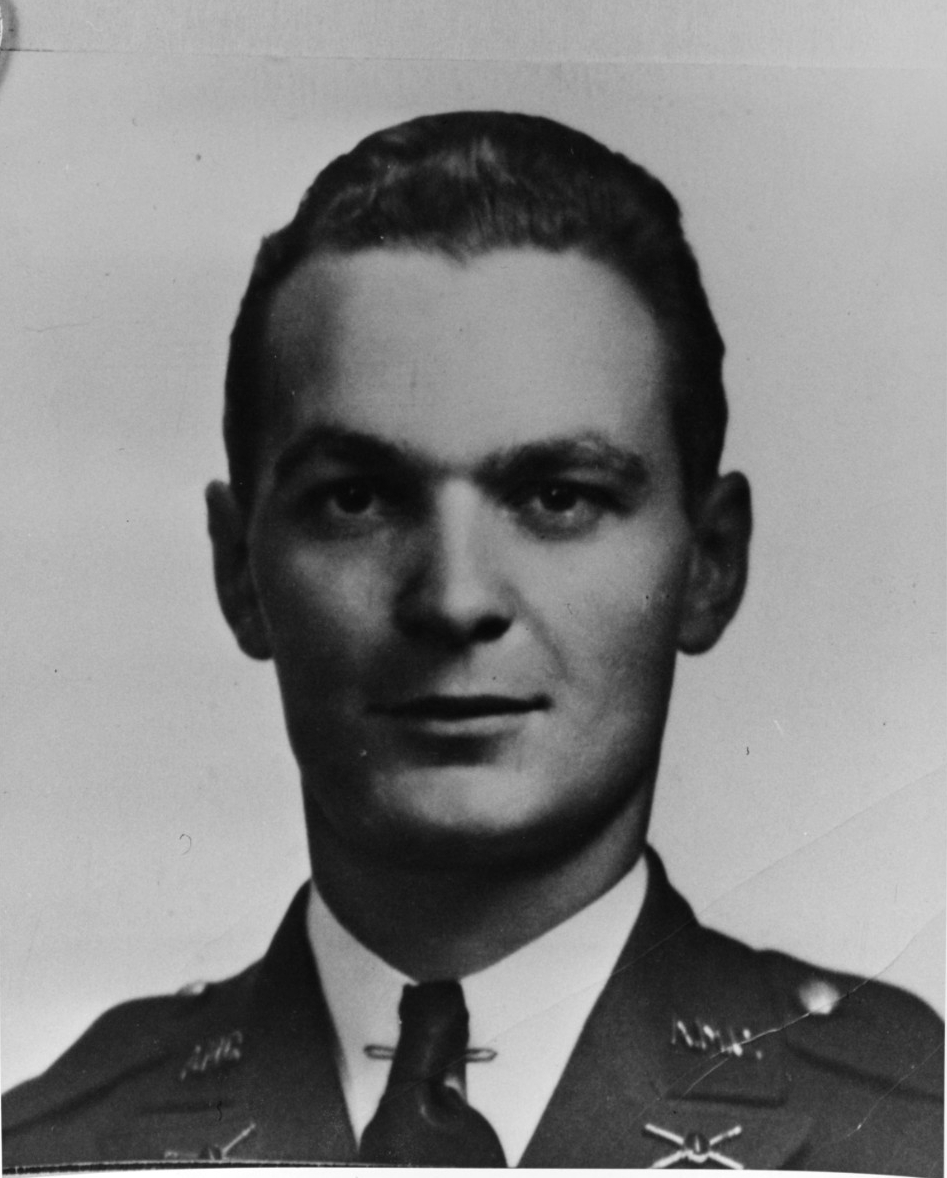 Lieutenant Commander Gay was born at Waco, Texas, 8 March 1917. He completed an engineering course at the Agricultural and Mechanical College, College Station, Texas, and was on the Rifle and Pistol Team there. He entered the US Naval reserve at Houston, Texas, 12 February 1941. Lieutenant Commander Gay had preliminary flight training at the Naval Reserve Aviation Base, Miami, Florida, from 15 February to 14 March 1941, and was appointed Aviation Cadet on 3 April. He then had advanced flight training at the Naval Air Stations at Jacksonville and Miami, Florida, and received his wings on 3 September 1941. On 14 October, he was commissioned Ensign, USNR, and ordered to duty at the Naval Air Station, Norfolk, Virginia, where he joined Torpedo Squadron Eight, organized for the aircraft carrier Hornet, and commissioned 21 October 1941.

Lieutenant Commander Gay sailed to join the Pacific Fleet in February 1942, with one section of the squadron (18 pilots and 79 enlisted men). The remainder of Torpedo Squadron Eight remained at the Norfolk Naval Air Station for delivery of, and training in, the new type Grumman Torpedo planes (Avenger). After two months' preparation, this section flew to the West Coast in May 1942, and embarked for Honolulu, arriving at Pearl Harbor a few days after the Hornet had left port for Midway. A request for six planes was received by the executive officer of Torpedo Squadron Eight at Pearl Harbor with instructions that he was to remain there with the others of his group. The six planes were sent on to Midway and in the Battle of Midway, 3-6 June 1942, these six Grummans, based on the Island, and the group of Torpedo Squadron Eight which had been on the Hornet from her commissioning, participated in the action against the Japanese on 4 June 1942, making a brilliant score against enemy ships and planes. These two sections of Torpedo Squadron Eight were almost annihilated, all but Lieutenant Commander Gay of the Hornet-based planes being lost, and two of the personnel of the Midway-based planes being lost. His radioman was killed and Lieutenant Commander Gay suffered several wounds from Japanese anti-aircraft fire as he started his torpedo run against a large Japanese carrier. He managed to score a hit, however, and to clear the Japanese ship before crashing into the ocean squarely in the midst of the disorganized enemy fleet. Lieutenant Commander Gay had a ringside seat at the Battle of Midway, the first decisive defeat suffered by the Japanese Navy in 350 years. While floating in the water he had the satisfaction of seeing three Japanese carriers explode and sink and also saw the retreat of the enemy from the fury of our air attack. Lieutenant Commander Gay, the only survivor of the Hornet-based planes, was rescued from the water some twenty-four hours after the battle. For his part in the Battle of Midway he received the Navy Cross and the ribbon for, and a facsimile of, the Presidential Unit Citation awarded Torpedo Squadron Eight. The citations follow:

NAVY CROSS: "For extraordinary heroism and distinguished service beyond the call of duty as a pilot of Torpedo Squadron Eight in the 'Air Battle of Midway', against enemy Japanese forces on June 4, 1942. Grimly aware of the hazardous consequences of flying without fighter protection, and with insufficient fuel to return to his carrier, Ensign Gay resolutely, and with no thought of his own life, delivered an effective torpedo attack against violent assaults of enemy Japanese aircraft and against an almost solid barrage of anti-aircraft fire. Although shot down while retiring from the torpedo attack, Ensign Gay, by his courage, skill and resourcefulness, survived and was subsequently able to provide valuable information concerning the action. His unflinching and conscientious devotion to the fulfillment of his mission was a determining factor in the defeat of the enemy forces and was in keeping with the highest traditions of the United States Naval Service."

PRESIDENTIAL UNIT CITATION - TORPEDO SQUADRON EIGHT: "For extremely heroic and courageous performance in combat during the 'Air Battle of Midway,' June 4, 1942. Flying low without fighter support, Torpedo Squadron Eight began the perilous mission, 'Intercept and attack!' First to sight the enemy, the Squadron attacked with full striking power against crushing enemy opposition, scoring torpedo hits on enemy Japanese forces. Realizing to a man that insufficient fuel would prevent a return to the carrier, the pilots held doggedly to the target, dropping torpedoes at pointblank range in the face of blasting anti-aircraft fire that sent planes, one by one, hurtling aflame into the sea. The loss of twenty-nine lives, typifying valor, loyalty and determination, was the price paid for Torpedo Squadron eight's vital contribution to the eventual success of our forces in this epic battle of the air." 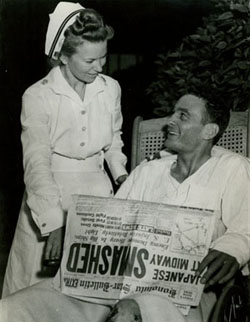 Returning to the United States after the Battle of Midway for hospitalization, Lieutenant Commander Gay again returned to the South Pacific in the fall of 1942. He was assigned to Torpedo Squadron Eleven, based on Guadalcanal, and with this squadron participated in the aerial assaults that preceded the capture of Munda. For his services with Torpedo Squadron Eleven he was awarded the Air Medal with the following citation:

AIR MEDAL: "For meritorious achievement while participating in aerial flight as Torpedo Bomber Pilot attached to Torpedo Squadron Eleven during combat against enemy Japanese forces in the Solomon Islands Area from April 26 to July 17, 1943. In addition to executing numerous combat missions against heavily fortified enemy positions, Lieutenant (junior grade) Gay participated in two night operations in Kahili Harbor and, although subjected to intense enemy anti-aircraft fire and searchlight illumination, successfully damaged at least two hostile vessels. His outstanding airmanship contributed materially to the sinking of five enemy destroyers and three cargo vessels, and to the damaging of one light cruiser and three destroyers."

Gay died on 21 October 1994 in Marietta, Georgia, and his ashes were spread over the Pacific where his 29 fellow aviators from Torpedo Squadron Eight died in action during the Battle of Midway.