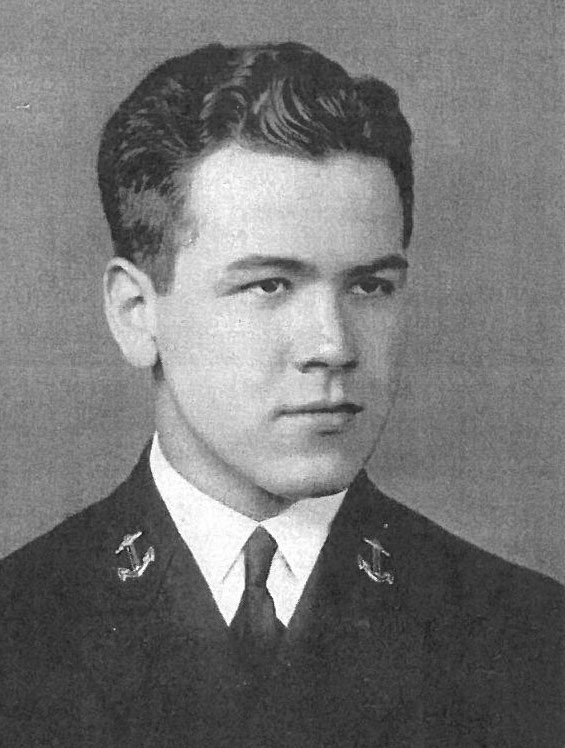 Bud Kearns Beaver was born in Beavertown, Pennsylvania, on October 17, 1917, son of the late Roy E. Beaver and Lulu Kearns Beaver (now Mrs. H. C. Lawrence). He entered the US Naval Academy on July 30, 1936, on appointment as Midshipman from Pennsylvania, and was graduated with the degree of Bachelor of Science on June 6, 1940. Commissioned Ensign in the US Navy from that date, he subsequently advanced to the rank of Captain, to date from July 1, 1959.

After graduation from the Naval Academy in June 1940 he was assigned to USS Tennessee, and served as a junior officer on board that battleship his duties in communications, until April 1941. He then joined USS Washington, another battleship, and was serving in her gunnery department at the outbreak of World War II in December 1941. He remained on board the Washington until October 1942, participating in convoy operations in the Atlantic and the capture of Guadalcanal in the Pacific. On his return to the United States he began flight training at the Naval Air Station, Pensacola, Florida, where he was designated Naval Aviator in January 1944.

During the next fourteen months he served as Flight Officer, then Executive Officer of Patrol Squadron 208, which participated in the assault and occupation of Iwo Jima, from February 20 to March 7, 1945. Detached in March 1945, he was a student at Massachusetts Institute of Technology during the two years to follow, and was awarded the degree of Master of Science in Aeronautical Engineering in July 1947. He then had a tour of duty in the Bureau of Aeronautics, Navy Department, Washington, DC, attached to the Guided Missiles Division, and when detached in September 1949 was designated Head of the Materials Laboratory at the Naval Air Material Center, Philadelphia, Pennsylvania. He remained on duty there until June 1952.