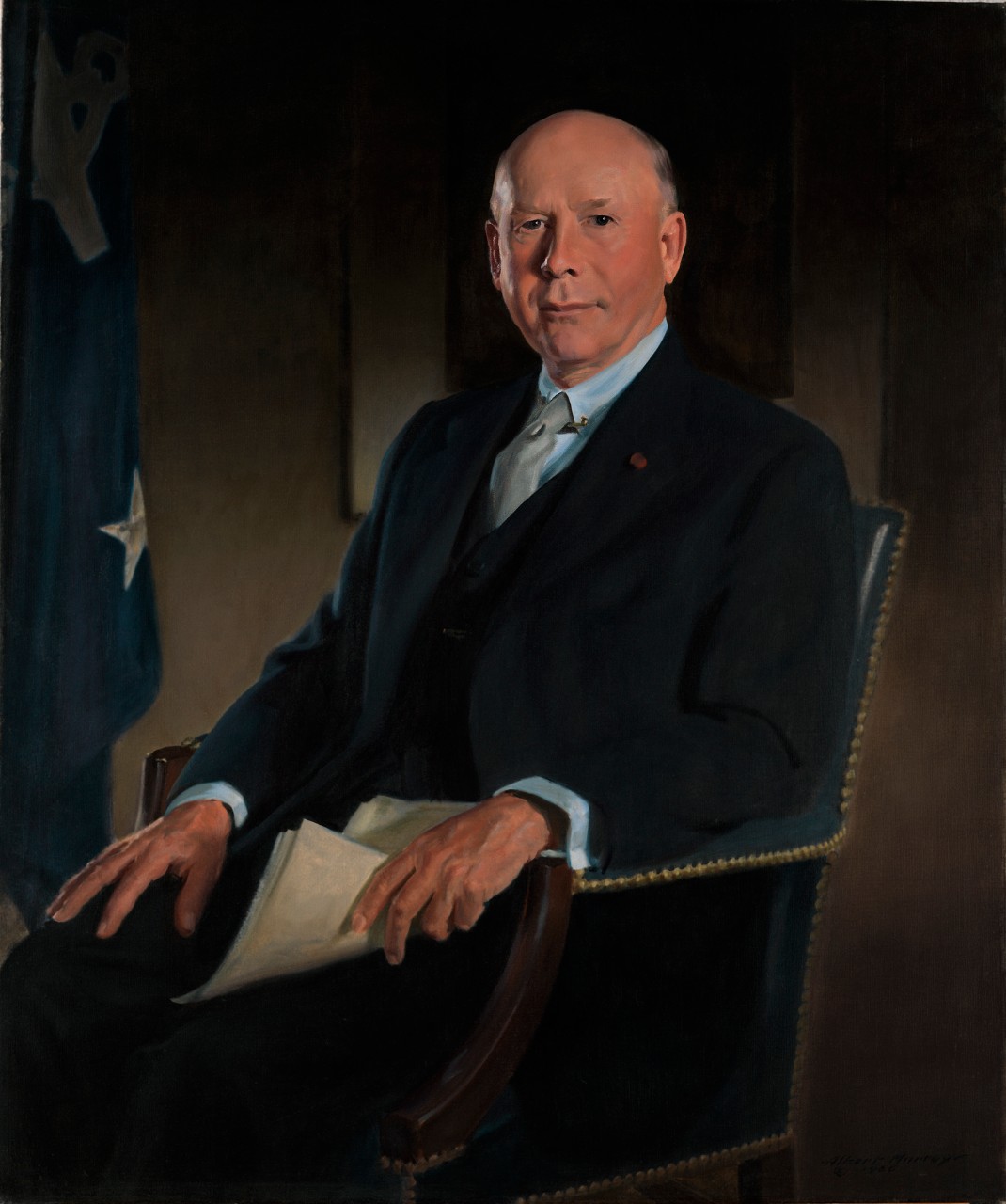 Son of Charles Rogers and Della (Rouse) Thomas, Charles Sparks Thomas, was born in Independence, Missouri, on 28 September 1897, but in 1911 became a resident of California.  He attended the University of California, at Berkeley, and Cornell University, Ithaca, New York, leaving the latter during World War I to enter the Aviation Branch of the US Naval Reserve Force.

At the conclusion of his active service in 1919, Mr. Thomas joined the investment house of George H. Burr Company in Los Angeles, California, and in 1925 became a partner and Vice President of the firm, in charge of its affairs in Southern California, Arizona, and New Mexico. He left that company in 1932 to be Vice President and General Manager of Foreman and Clark, a chain of men's retail clothing store. Five years later he was made President, a position he held until his appointment as Under Secretary of the Navy.

After the outbreak of World War II, he was appointed special assistant to the Assistant Secretary of the Navy for Air, Mr. Artemus L. Gates, and he later served as an assistant to Mr. James Forrestal, Secretary of the Navy at that time. The procurement of aircraft his primary concern, he also set up the Navy's Inventory and Purchasing Control Program and the first Contract Negotiation Section in the Navy Department.

For his outstanding wartime service, Mr. Thomas received the Presidential Medal for Merit and the Distinguished Civilian Service Award.

"As Secretary of the Navy since 1954, he was rendered distinguished service to America during a perilous period of tremendous change and   challenge, contributing immeasurably to the strength and unity of the Armed Forces of the United States, and thereby to the security of the Nation. His exemplary spirit of warm and friendly cooperation with the Department of the Army in all matters of joint concern, his mature judgment, farseeing vision, inspired leadership, and sterling attributes of mind and character have earned him the profound respect and high esteem of all his associates, and further enriched the splendid heritage of the Naval Service."

Previous to his first appointment to the Navy Department, he held directorships in the Lockheed Aircraft Corporation, Byron-Jackson  Company, Pacific Finance Corporation, and the Broadway-Hale Department Stores.