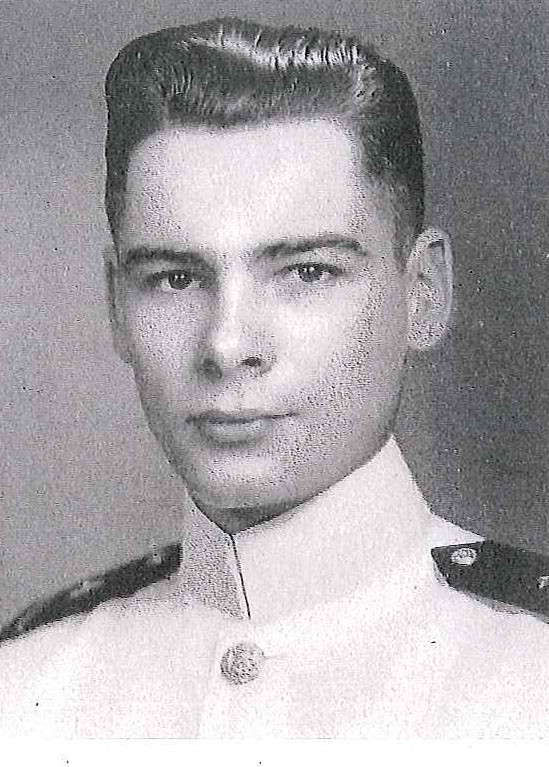 Tyler Freeland Dedman was born in Los Angeles, California, on November 23, 1926, son of Virgil F. and Bertha A. (Kraemer) Dedman. He attended the University of California at Los Angeles, and in December 1943 enlisted in the V-12 Program of the US Naval Reserve. He continued his studies at the University of Kansas at Lawrence, from February to June 1944, when he transferred to the University of Colorado at Boulder, where he was a member of the Naval Reserve Officer Training Cops. In 1944, he entered the US Naval Academy, Annapolis, Maryland, on appointment from his native state. Graduated with distinction in the Class of 1948-A on June 6, 1947, he was commissioned Ensign on that date and subsequently advanced in rank to that of Rear Admiral, to date from July 1, 1972.

Following graduation from the Naval Academy in 1947, he had training at the Fleet Training Center, San Diego, California, prior to reporting in September of that year on board USS Oakland (CLA-95). In April 1948, he joined the Staff of Commander Naval Forces, Western Pacific and during March and April 1949 served in USS Pasadena (CL-65). He next had flight training at the Naval Air Training Command, Pensacola, Florida, and on October 30, 1950 was designated Naval Aviator. Following Fighter Squadron All Weather training with Fleet All Weather Training Unit, US Atlantic Fleet, he served from June 1951 to June 1954 with Attack Squadron THIRTY-FIVE. While in that assignment, he flew the AD Skyraider aircraft and participated in several deployments with Air Group THREE, embarked in USS Leyte to both the Mediterranean and Pacific areas, in addition to a round-the-world cruise on board USS Tarawa.

He was next a student at the Postgraduate School, Monterey, California, from which he received the degree of Bachelor of Science in Aeronautical Engineering and from July 1956 to June 1957 continued instruction at Princeton University, Princeton, New Jersey, receiving his Master of Science degree in Engineering. In July 1957 he joined Heavy Attack Squadron Five as Flight Officer and in that assignment deployed to the Mediterranean on board the attack carrier Forrestal as an element of Carrier Air Wing TEN. In March 1959 he transferred to Heavy Attack Squadron THREE to serve as A3J Project Officer. He reported in July 1960 fro instruction at the Naval War College, Newport, Rhode Island, completed the course in June 1961, then had duty as Vigilante Project Officer in the Attack Design Ranch, Bureau of Naval Weapons, Navy Department, DC.

In August 1965 he reported for instruction at the Industrial College of the Armed Forces, Washington, DC, and during the period June to September 1966 had training with Ready Attack Carrier Air Wing TWELVE. He was next Executive Officer of USS Pickaway (APA-22), an amphibious troop transport operating in support of the III Marine Amphibious Force in Vietnam. Detached from the Pickaway in August 1967, he reported the next month as Assistant Deputy Director of Navy Program Planning, Office of the Chief of Naval Operations, Navy Department and from January 1968 served as Executive Assistant and Senior Aide to the Vice Chief of Naval Operations. “For exceptionally meritorious service…” in the latter assignment, he was awarded the Legion of Merit.