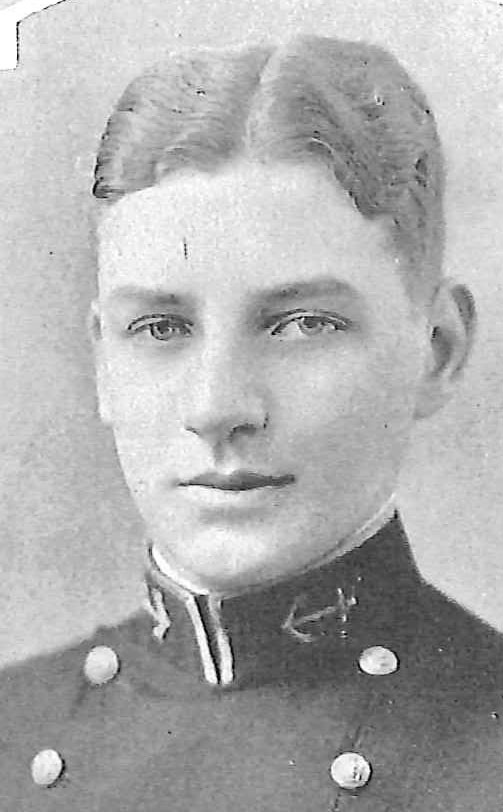 William Pierce Chilton was born in Montgomery, Alabama, on November 14, 1905, son of the late William P. and Minnie Picket Chilton. He attended Sidney Lanier High School in Montgomery, and Alabama Polytechnic Institute, Auburn, Alabama, prior to his appointment to the US Naval Academy, Annapolis, Maryland, in 1923. He was graduated and commissioned Ensign on June 2, 1927, and through subsequent advancement attained the rank of Captain, to date from March 20, 1945.

After graduation from the Naval Academy in June 1927, he was assigned to USS Colorado, in which he had gunnery duties as a junior officer for four years. From June 1931 to May 1934 he served with destroyers of the Pacific Fleet, USS Sicard, USS Roper and USS Rathburne. He then returned to Annapolis where he completed the course in Ordnance Engineering at the Naval Postgraduate School in June 1937, the last year of that period being spent at various ordnance establishments.

From June 1937 until October 1939 he was Gunnery Officer of USS Craven (DD 382), and for eighteen months thereafter remained at sea as Executive Officer of USS Maury (DD 401). Detached from the latter, he reported in May 1941 to the Navy Department, Washington, D.C., where he served during the early World War II period (until February 1944) in the Bureau of Ordnance. There he supervised the production of guns foe the wartime Navy program, for which he received a commendatory latter from the Chief of the Bureau.

Ordered to sea, he served from February 1944 until July 1945 as Gunnery Officer on the staff of Commander Amphibious Group One, Pacific Fleet, on board USS Estes (AGC 12), flagship, and also served as Acting Plans Officer preparatory to, and during the early operations of the attack on Saipan. He was awarded the Legion of Merit, with Combat “V,” for “exceptionally meritorious conduct… as Gunnery Officer on the staff of the Commander Amphibious Group One, during the planning and operational phases of the amphibious assault and capture of Saipan, Angaur, Iwo Jima, Okinawa, and the occupation of Ulithi, from February 27, 1944 to July 9, 1945…” during which time he contributed “materially to the success of the amphibious campaigns.”

In September 1945 he joined the staff of Commander in Chief, Pacific Fleet, to serve until June 1946, first as Assistant Gunnery Officer, and later as Fleet Gunnery and Training Officer. He then returned to the Bureau of Ordnance, where for three years he was Chief of the Logistics and War Plans Section. On July 23, 1949, he assumed command of USS Okanogan (APA 200) a unit of Amphibious Forces, Atlantic Fleet, and during the year of his command, the Okanogan was awarded the Battle Efficiency Pennant.

On July 29, 1950 he again reported to the staff of Commander in Chief, Pacific Fleet, and this time served as Amphibious Planner, Plans Division. In August 1951 he was designated Administrative Assistant to the Chief of Staff, Joint Staff, Ciniapac. Detached from staff duty in July 1954, he reported on August 6 to the Joint Amphibious Board, Little Creek, Virginia, as Senior Navy Representative. The Joint Amphibious Board operations consisted of doctrinal tactical and procedural studies relating to amphibious warfare and material and training related thereto.

From February 15 to June 20, 1955 he served as Assistant Chief of Staff for 0-5 Section (concerning Joint Amphibious matters in accordance with directions of Joint Action Armed Forces) on the staff of Commander Amphibious Force, Atlantic Fleet. On June 21, 1955 he assumed command of the US Naval Mine Depot, Yorktown, Virginia. There he also is Senior Officer Present Afloat, with administrative duties for ships in the York River Area as local representative of Commander Naval Base, Norfolk, Virginia.