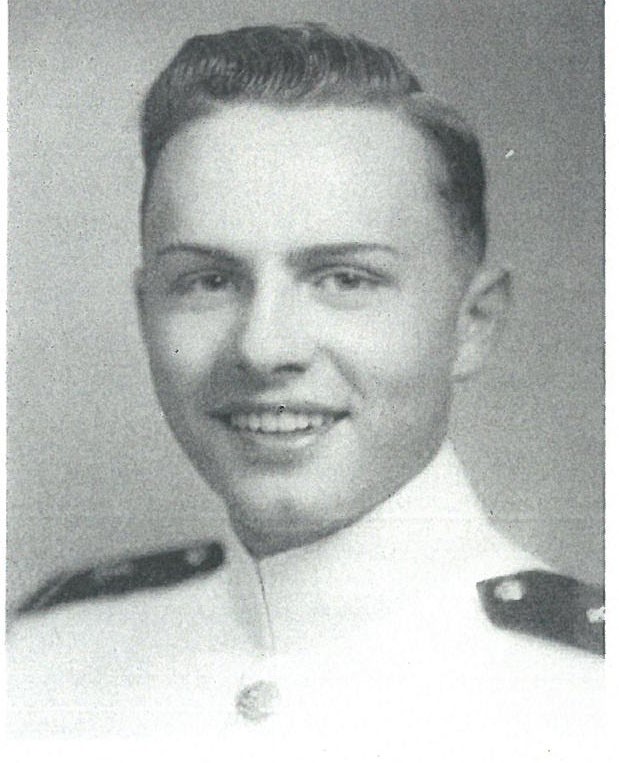 Lionel Eugene Ames, Jr., was born in Ann Arbor, Michigan, on 2 February 1925, son of Lionel E., Sr. and Beulah Shirley (Brown) Ames. He attended Bay City (Michigan) Central High School and Bay City Junior College. He enlisted in the US Naval Reserve on 16 January 1943 and entered the University of Michigan under the V-12 program in June 1943. He remained there until January 1944, when he was assigned to the Naval Air Station, Minneapolis, Minnesota. From March to July 1944 he was a student at the Naval Flight Preparatory School, Northfield, Minnesota. He entered the US Naval Academy, Annapolis, Maryland, on appointment from his native state. Graduated and commissioned Ensign with the Class of 1948 on 6 June 1947 (accelerated course due to World War II) he subsequently advanced in rank to that of Captain, to date from 1 July 1968.

Following graduation from the Naval Academy in 1947, he joined USS Toledo (CA-133) to serve as Gunnery Department Officer until November 1949. He next had flight training at various naval air stations; was designated Naval Aviator on 15 June 1950 and then became Material Officer of Fighter Squadron ELEVEN. During the period October 1950 to July 1953 he was Project Officer with Air Development Squadron THREE, after which he had instruction at the Naval Postgraduate School, Monterey, California, from which he received the Bachelor of Science degree in Ordnance Engineering in June 1955. He next was a student at the California Institute of Technology at Pasadena, receiving the degree of Master of Science in Aeronautical Engineering in June 1956.

In July 1961 he reported as F1B Project Officer in the Bureau of Weapons, Navy Department, Washington, DC. In December 1963 he became Executive Officer of Fighter Squadron FOURTEEN and from November 1964 to January 1966 commanded that Squadron. Assigned to the Naval Air Systems Command Headquarters, Navy Department, Washington, DC, he was Assistant Project Manager for the F-111B until March 1968, then reported as Project Manager for the F-14 (the Navy's air superiorty fighter) and Phoenix Missile Project.