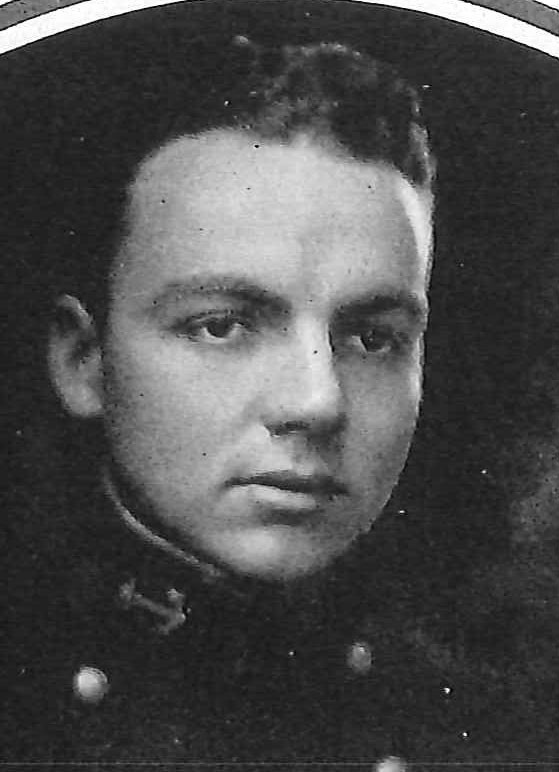 Alvin Duke Chandler was born in Richmond, Virginia, on August 18, 1902, son of the late Dr. J.A.C. Chandler, who died while serving as President of the College of William and Mary, Williamsburg, Virginia, and the late Mrs. Lenore Burton Duke Chandler. He attended John Marshall High School in Richmond, and an undergraduate the year 1918-1919 at William and Mary College, before entering the US Naval Academy, Annapolis, Maryland, in 1919 from Virginia. He was graduated and commissioned Ensign on June 7, 1923, and subsequently attained the rank of Rear Admiral to date from July 1, 1951. Upon transferring to the Retired List of the Navy on November 1, 1951, he was advanced to Vice Admiral on the basis of combat awards.

Following his graduation in 1923, he was ordered to USS Wyoming, battleship of the Scouting Fleet, US Atlantic Fleet, serving consecutively in the Williamson and Barry, destroyers. In May 1927 he was transferred to the Destroyer Force, Pacific Fleet, aboard USS Shirk until February, 1930, and USS Elliot until June, 1930. He returned to the US Naval Academy for a two year tour as an Instructor in the Department of Electrical Engineering and Physics. While so serving, he assisted in the preparation of a textbook on Physics, for use at the Naval Academy.

In 1923 he joined USS Oklahoma for duty first as Electrical Officer, then as Gunnery Officer of that battleship. In 1935 he was again ordered to the Nava Academy, Department of Ordnance and Gunnery as an Instructor. He was also co-author of a textbook on torpedoes, written at this time. In 1937 he had orders to duty on the staff of Commander, Battleship Division Two, as Operations Officer and Flag Secretary, and when detached in 1938, he assumed command of USS Southard, serving until August, 1941.

The year September, 1941-1942, he was attached to the Office of the Chief of Naval Operations, Navy Department, Washington, DC, and was then ordered to the Atlantic Fleet, as Commander, Destroyer Division 41. After participating in the African Campaign, he was ordered to the South Pacific area, arriving early in January, 1943, and took part in the final capture of Guadalcanal and the Solomon Islands campaign. He also served in the Pacific as Commander of Destroyer Division 43; Destroyer Squadron 21; and Destroyer Squadron 58, successively until April 17, 1945, and was awarded the Legion of Merit, Gold Star in lieu of a second similar award, and the Bronze Star Medal, each with combat distinguishing device, V. The citations follow in part:

1. Legion of Merit: “For exceptionally meritorious conduct… from January to November, 1943. Charged with the responsible task of training all ships of the division, (he) developed a unit to the high level of combat efficiency which enabled it to destroy numerous enemy planes and damage severely or destroy three Japanese submarines. Serving….as Screen Commander for various combat Task Forces during this period, (he) also commanded a unit of three destroyers which sank or damaged many hostile barges and gun boats attempting to evacuate enemy troops from Kolombangara.”

2. Bronze Star Medal: “Foe meritorious achievement as Commander Destroyer Division Forty-One, operating as a component of a Task Force during combined minelaying expeditions and bombardment missions in the enemy-held Kolombangara and New Georgia Areas, Solomon Islands, the night of May 7 and 13, 1943… (He contributed materially to the success of his division in delivering devastating bombardments against these heavily fortified strongholds and in expeditiously mining areas used extensively by Japanese surface forces, subsequently bringing his units through without damage following each decisive action… The completion of these extremely perilous assignments were essential factors in the success of our sustained operations against the enemy in this vital theater of war…”

3. Gold Star in lieu of second Legion of Merit: “For…. outstanding services as Commander Destroyer Squadron 21 from April to July 1944, and as Commander Destroyer Squadron 58 from August 1944 to April 16, 1945… Leading Squadron 21 in its assigned mission, (he) furnished effective fire support for the initial assault and capture of Aitape, and in addition directed the bombardment of Medina Plantation, New Ireland, destroying the enemy shore emplacements and installations. Subsequently he successfully carried out his duties…in the initial attack group of Iwo Jima and assumed an important role in the screening activities during the invasion of Okinawa…”

He also has the ribbon and facsimile of the Presidential Unit Citation awarded to USS O’Bannon, his flagship, and in addition to the Legion of Merit, Gold Star with Combat V, and the Bronze Star Medal, Vice Admiral Chandler has the Second Nicaraguan Campaign Medal, American Defense Service Medal; Asiatic-Pacific Campaign Medal with one silver and four bronze star (9 engagements); and World War II Victory Medal.

In May, 1945, when relieved of command in the Pacific Fleet, he reported to the Navy Department, for duty in the headquarters of the Commander in Chief, US Fleet, and later in the Office of the Chief of Naval Operations. Upon completion of that duty in May, 1948, he reported to Bethlehem Shipbuilding Corporation, Quincy, Massachusetts, in connection with fitting out USS Des Moines, and was Commanding Officer from her commissioning, November 16, 1948. The new cruiser at that time was the heaviest heavy cruiser in the world. When relieved of that command he was ordered to the American Embassy, London, England, to complete his graduate work at the Imperial Defense College in London. In January, 1951 he returned to the Office of the Chief of Naval Operations, where he served as Director of the Logistic Plans Division until relieved of active duty pending his retirement on November 1, 1951.