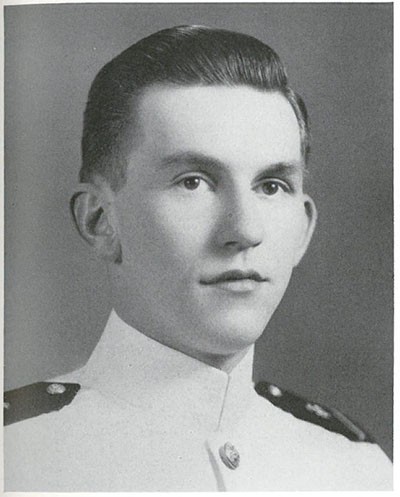 Louis Thaddeus Urbanczyk, Jr., was born in Buffalo, New York, on 16 April 1926, son of Louis T. and Hedwig (Jendraciak) Urbanczyk. He attended the University of Rochester, Rochester, New York, for two terms, where he was a V-12 student, and Rensselaer Polytechnic Institute, Troy, New York, for one term, where he was a member of the Naval Reserve Officers Training Corps. He entered the US Naval Academy, Annapolis, Maryland, on appointment from his native state in 1944. Graduated with the Class of 1948-A, on 6 June 1947 (accelerated course), he was commissioned Ensign and subsequently advanced in rank to that of Captain, to date from 1 July 1968.

Following graduation from the Naval Academy in 1947, he was assigned to the USS Hollister (DD-788), which operated in Korean waters during the hostilities there. Detached from that destroyer in October 1950, he next served as Executive Officer of the USS PCS-1368. Between July and December 1951, he had submarine training at the Submarine School, New London, Connecticut, after which he had pre-commissioning duty in the USS Trigger (SS-564). He reported on board that submarine upon her commissioning, 31 March 1952 and in May 1955 joined the Staff of Commander Submarine Force, US Atlantic Fleet, as Assistant Material Officer. In September 1956 he became Executive Officer of the USS Albacore (AGSS-569).

He was Assistant Submarine Officer Placement Officer in the Bureau of Naval Personnel, Navy Department, Washington, DC, during the period May 1958 to August 1960, after which he attended the Prospective Commanding Officers School while attached to Submarine Force, US Pacific Fleet. In November 1960 he assumed command of the USS Wahoo (SS-565). He was a student at the Advanced Nuclear Power School, New London, Connecticut, from January to June 1962, then had further instruction in the Office of the Manager, Naval Reactors, Division of Reactor Development, Atomic Energy Commission, Washington, DC.

In March 1963 he reported as Prospective Commanding Officer of the USS Jack (SSN-605), building at the Portsmouth (New Hampshire) Naval Shipyard and commanded that nuclear powered submarine from her commissioning, 31 March 1967 until June 1968. He next attended the National War College, Washington, DC, and while there received the degree of Master of Science in International Affairs from George Washington University. In August 1969 he became Head of the Atlantic, European, Middle East African South of the Sahara Plans Section, Strategic Plans and Policy Division, Office of the Chief of Naval Operations, Navy Department.

His official home address was Buffalo, New York. He was married to the former Joan Spalding of Buffalo, and they had four children. Captain Urbanczyk died 1 April 1995 and is buried in Arlington National Cemetery.