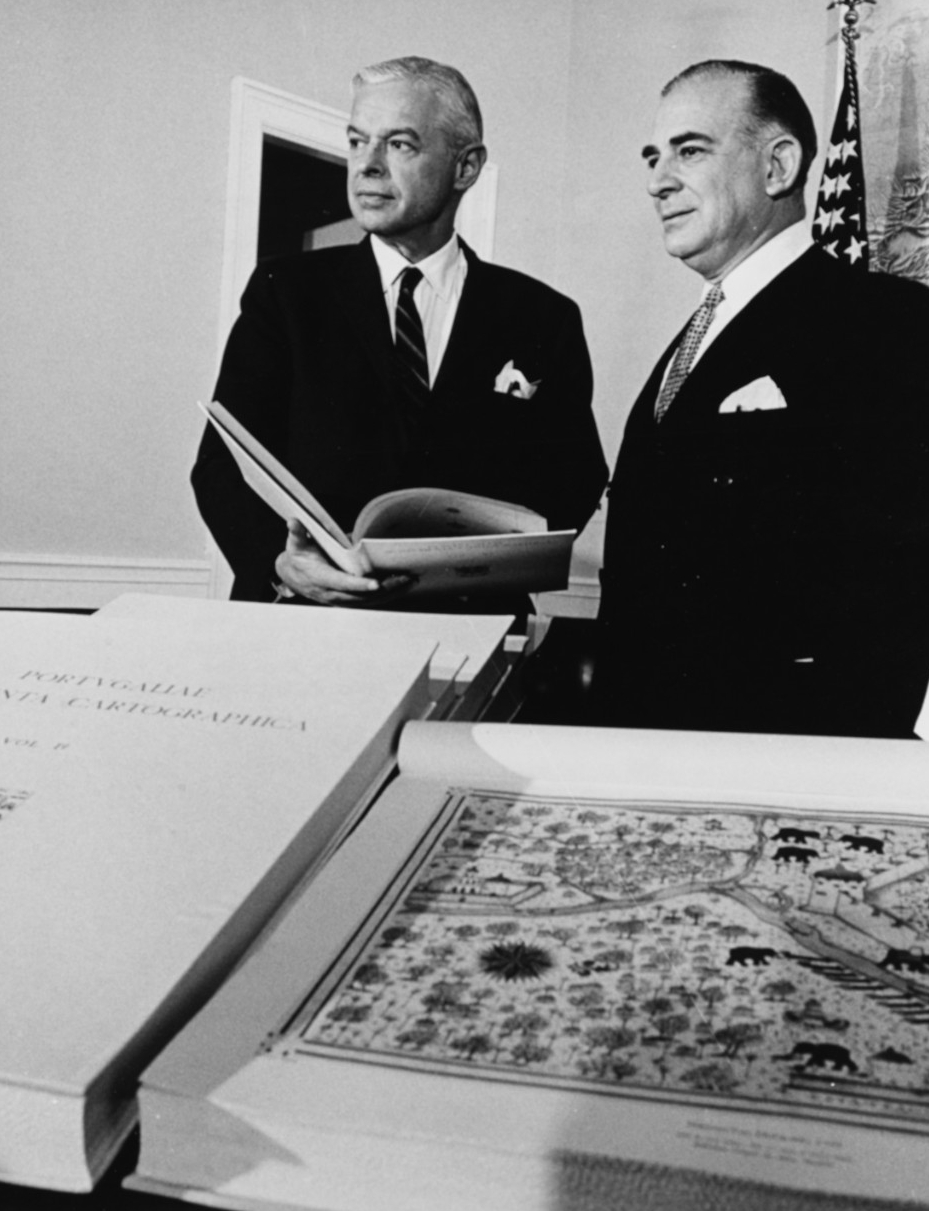 Paul Henry Nitze became the 57th Secretary of the Navy (1963-1967) on 29 November 1963. A veteran of more than 15 years of public service, he was Assistant Secretary of Defense for International Security Affairs when nominated on 14 October 1963 by President Kennedy to succeed the Honorable Fred Korth, who resigned 1 November 1963.

In 1942, he was Chief of the Metals and Minerals Branch of the Board of Economic Warfare, until named, in 1943, Director, Foreign Procurement and Development Branch of the Foreign Economic Administration.

During the period 1944-1946, Mr. Nitze was Vice Chairman of the United States Strategic Bombing Survey. He was awarded the Medal of Merit by President Truman for service to the Nation in this capacity.

Mr. Nitze left the Federal Government in 1953 to become President of the Foreign Service Educational Foundation in Washington, DC, a position he held until January 1961, concurrently with that of Associate of the Washington Center of Foreign Policy Research of the School of Advanced International Studies of Johns Hopkins University. His publications during this period include "U. S. Foreign Policy: 1945-1955."