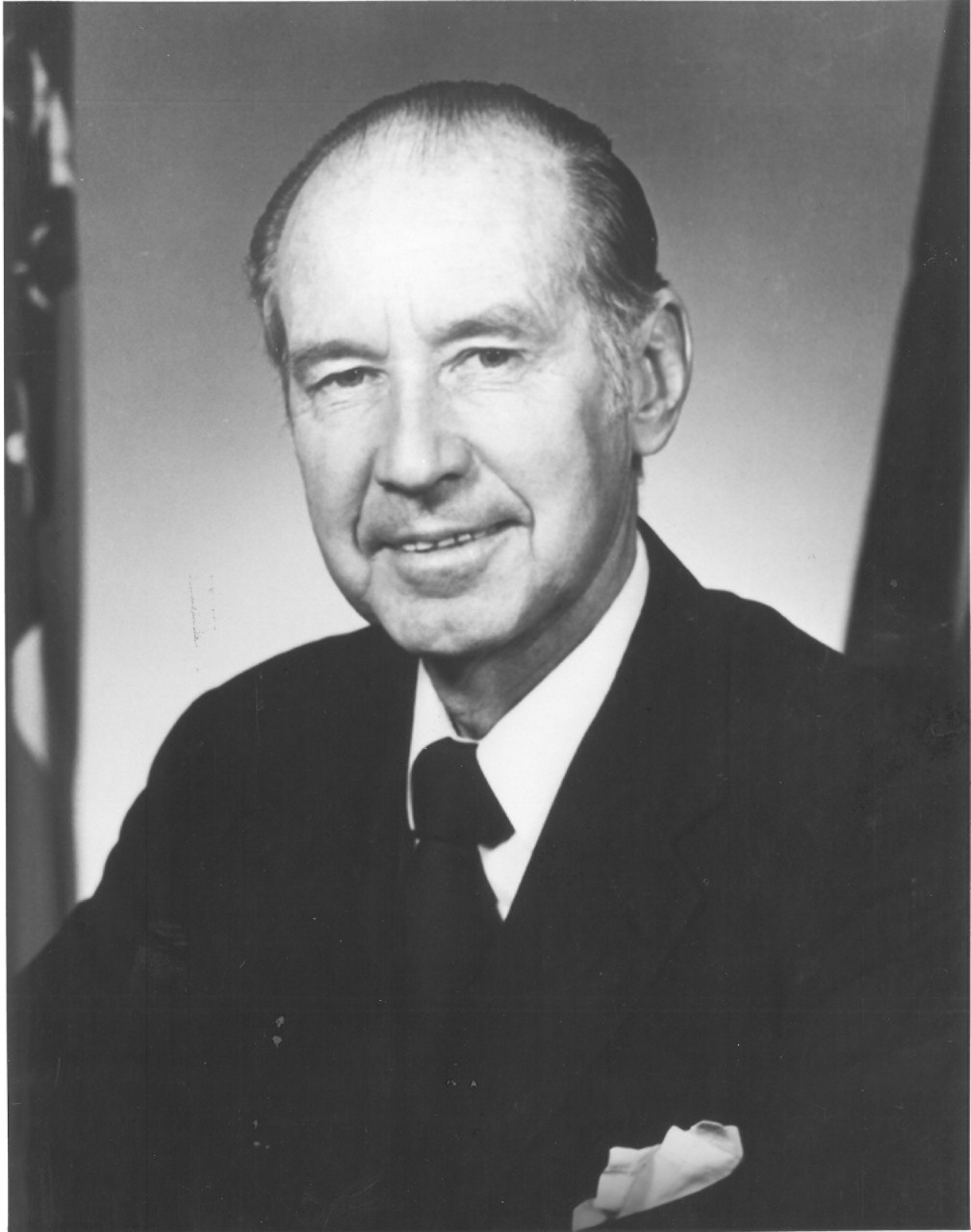 W. Graham Claytor, Jr., was nominated by President Carter to be Secretary of the Navy on 7 February 1977, confirmed by the Senate on 11 February, and sworn into office on 14 February 1977 and served until 24 August 1979.

Mr. Claytor was born in Roanoke, Virginia, on 14 March 1912, and is the son of Graham and Gertrude Harris (Boatwright) Claytor. He married the former Frances Hammond in 1948. Mrs. Claytor was commissioned Ensign USNR in 1942 and served throughout World War II in Eastern Sea Frontier headquarters. She was promoted to the rank of Lieutenant Commander prior to release from active duty in 1946.

After serving successively as Law Clerk to the late US Court of Appeals Judge Learned Hand and to the late US Supreme Court Justice Louis D. Brandeis, Mr. Claytor was admitted to the New York and District of Columbia bars and from 1938 to 1967 was an associate and partner of the firm of Covington and Burling in Washington, DC, with leave of absence for Naval service in World War II.

He was a member of the American Bar Association, the American Law Institute, the American Judicature Society, the Advisory Board of the University of Virginia's Center for Advanced Studies, Business Advisory Committee to the Transportation Center of Northwestern University, Commission on Sociotechnical Systems of the National Research Council, Harvard Law School Association, and the Protestant Episcopal Foundation of the District of Columbia.

He was also a member of the American Society of Corporate Executives, the Federal City Council of Washington, DC, the National Railway Historical Society, the Committee for Economic Development, and the Conference Board.