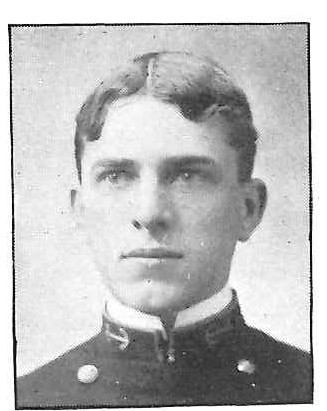 Rear Admiral Bass, born July 29, 1877, in Carley, Mississippi, attended Columbia, Mississippi, High School prior to his appointment to the US Naval Academy from the Sixth Mississippi District in May 1897.  Graduated in 1901, he served the two years at sea, then required by law before commissioning, in the USS Wisconsin, the USS Ohio, and the USS Quiros, before being commissioned Ensign in 1904.  Subsequently he progressed through the grades to the rank of Rear Admiral to rank from March 1, 1934.

After receiving commission as Ensign in 1904, Rear Admiral Bass had successive duty in the USS Pampanga, the USS San Francisco, the USS Villalobos, and the USS Ohio.  Early in 1907 he was transferred to Sherman, Texas for recruiting duty, and on March 9 of that year he assumed charge of the Navy Recruiting Station, Chattanooga, Tennessee.  He later established a Navy Recruiting Station in New Orleans, Louisiana.  He was assigned to the USS Wabash in 1909 in connection with the crew of the New York, and served as ordnance officer of the New York when she was commissioned.  The following year he served as Assistant to the Inspector of Machinery at the Fore River Shipbuilding Company, Quincy, Massachusetts, with additional duty in connection with fitting out the USS North Dakota, and served as Assistant to the Senior Engineer Officer of the North Dakota when that battleship was commissioned.  He had duty in connection with fitting out the battleship USS Ohio at New York, New York, and served as her engineer officer from her commissioning.  In 1912 he served as Senior Engineer Officer of the USS Mississippi.  Service in the Navy Yard, Portsmouth, New Hampshire, followed in 1913, and in 1914 and 1915 he served successively as Engineer Officer of the battleships Michigan and Texas.  He received several commendations from the Secretary of the Navy for engineering efficiency and in connection with the award of the Battle Efficiency Pennants to the USS Michigan and USS Texas.

Designated for engineering duty only in 1917, by Act of Congress August 29, 1916, Rear Admiral Bass served during World War I at the Navy Yard, Boston, Massachusetts, where he had duty consecutively as Engineer Officer and head of the Machinery Division.  He received a Special Letter of Commendation from the Navy Department for meritorious service at the Boston Navy Yard in this war-time assignment.

Following World War I, he served as Engineer Officer of the Navy Yard, New York, from 1920 until 1923, when he was transferred to the Navy Department, Washington, DC, where he was a member of the Board of Inspection and Survey until 1928, at which time he assumed duty in the Bureau of Engineering, later being made assistant to the chief of that bureau.  From 1931 to 1934 he served with the Asiatic Fleet, as Fleet Engineer on the Staff of the Commander in Chief.

He is a member of the American Society of Naval Engineers and the United States Naval Institute.