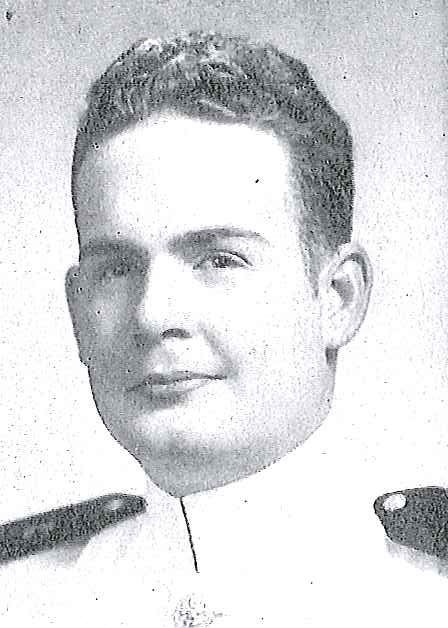 Edward Walter Carter, III was born in Winston-Salem, North Carolina on August 27, 1928 son of Edward W., Jr. (now deceased) and Geraldine (Parrish) Carter. He graduated from Lee H. Edwards High School, Asheville, North Carolina prior to enlisting in the Navy in November 1945. He was discharged in June 1947 to enter the US Naval Academy, Annapolis, Maryland on appointment by the Secretary of the Navy. He was graduated and commissioned Ensign on June 1, 1951 and subsequently advanced in rank to that of Captain, to date from July 1, 1971. His selection for the rank of Rear Admiral was approved by the President on January 30, 1974.

Following graduation from the Naval Academy in 1951, he joined USS Sanborn (APA-193) as Communication Officer and in March 1952 transferred to LST-528 for duty as Engineer Officer, First Lieutenant and Acting Executive Officer. From February to June 1953 he was a patient at the Naval Hospital, Portsmouth, Virginia, then had duty at the Naval Amphibious Training Unit, Amphibious Base, Little Creek, Virginia until December 1954. He next served as Gunnery Officer on board USS Robert K. Huntington (DD-781) and from August 1956 to August 1958 attended the Naval Postgraduate School, Monterey, California from which he received a Bachelor of Science degree in Electrical Engineering. He then attended Massachusetts Institute of Technology at Cambridge, where he received a Master of Science degree in June 1959.

He next reported as Fire Control Officer on board USS Boston (CAG-1) then from August 1961 to June 1962 attended the Command and Staff Course at the Naval War College, Newport, Rhode Island. Assigned in July 1962 to the Office of the Chief of Naval Operations, Navy Department, he was Assistant for Surface-to-Air-Missile Systems until March 1964, and the next month became Executive Officer of USS Farragut (DLG-6). In October 1965 he reported as Weapons Officer on board USS Long Beach (CG (N) -9) and is entitled to the Ribbon for the Meritorious Unit Commendation Medal awarded that nuclear guided missile cruiser.

He had instruction at the Air War College, Air University, Maxwell Air Force Base, Alabama during the period August 1967 to May 1968 and in July 1968 assumed command of USS Towers (DDG-9). “For meritorious service… from September 17, 1968 to February 24, 1969…” in that capacity he was awarded the Bronze Star Medal with Combat “V,” The citation follows in part:

“….During this period, Commander Carter directed his ship in the execution of a variety of missions in support of United States and allied forces in Vietnam, including service as an element of the Naval Gunfire Support Task Unit and Operation Sea Dragon Task Units. Under his bold and aggressive leadership, Towers destroyed or damaged more than ninety enemy bunkers and three hundred enemy structures. As escort for USS New Jersey (BB-62), his ship provided the full range of antisubmarine warfare and antiair warfare protection…”

He is also entitled to the Ribbon for the Meritorious Unit Commendation awarded the USS Towers.

Assigned in July 1970 to the Naval Ordnance Systems Command Headquarters, Navy Department, he was Director of the Weapons Systems Integration Division, with additional duty as Deputy Director, Tactical Digital Systems Office, Headquarters, Naval Material Command. “For exceptionally meritorious conduct… in the Naval Material Command from July 1970 to June 1972….” He was awarded the Legion of Merit. The citation continues in part:

“ Captain Carter’s dynamic leadership and professional dedication were directly responsible for the establishment of the Tactical Digital Systems Office, an Organization in the Office of the Chief of Naval Material dedicated to the establishment and coordination of policy and standards for combat system processors and software in Naval tactical applications. Displayed exemplary initiative, he quickly made this office an effective control point for the rapidly expanding technical area of digital systems. His accomplishment included the necessary action to establish an Integrated Combat System Test Site and initiation of the development of a standard mini-combat system processor for surface and airborne applications…”

In June 1972 he assumed command of USS Biddle (DLG-34) and “for exceptionally meritorious conduct… during combat operations… from July 3 to October 1, 1972… he was awarded a Gold Star in lieu of the Second legion of Merit. The citation further states in part:

He is a member of the US Naval Institute and the American Ordnance Association.