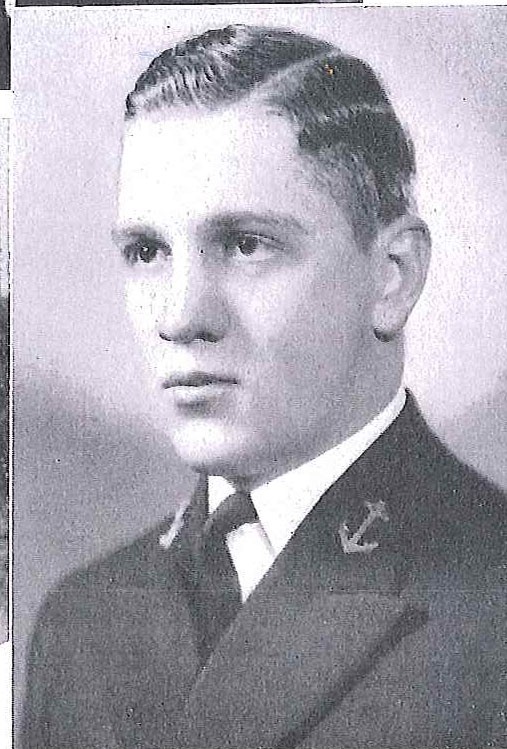 John Montgomery Ballinger was born in Dallas, Texas, on April 2, 1916, son of Richard H. Mamie Montgomery Ballinger. He attended Hearne, Texas, High School and entered the US Naval Academy, Annapolis, Maryland on appointment from his native state in 1933. Graduating with the class of 1937, he was commissioned Ensign in the US Navy on June 3, 1937, and subsequently advanced to the rank of Captain, to date from July 1, 1955.

After graduation from the Naval Academy in June 1937, he served for 2 years on board USS New Mexico, his duties variously in the Gunnery Department, Engineering Department and Communications Department. From May 1939 until October 1941 he was a student in Naval Architecture and Marine Engineering at Massachusetts Institute of Technology, from which he received the degree of Master of Science. He next served until July 1946, throughout the entire World War II period at the Philadelphia Naval Shipyard, first as Assistant Hull Superintendent (Repair and Conversion), then Assistant Hull Superintendent (New Construction), later as Assistant Repair Superintendent (Hull) and the last five months as Repair Superintendent.

In July 1946 he joined the Staff of the Commander in Chief, Atlantic Fleet, at Norfolk, Virginia, and served until September 1949 as Assistant Material Officer. In October of that year he reported to the Bureau of Ships, Navy Department, Washington, DC, an during the next three and one-half years served as Assistant Hull Arrangement, Structures and Batteries Branch, and from August 1951 as Head of Hull Arrangement Structures and Batteries Branch. He was detached in February 1953 for duty as Planning and Estimating Superintendent at the Philadelphia Naval Shipyard and remained there until January 1956.

From February 1956 until August 1958 he was Shipbuilding and Repair Superintendent at the Portsmouth Naval Shipyard, Portsmouth, New Hampshire, and for almost a year thereafter served as Planning Officer there. In June 1959 he reported to the Field Command, Defense Atomis Support Agency, and served until December 1961 as Assistant Deputy Chief of Staff for Research and Development. In January 1962 he was transferred to the Office of Naval Research, Navy Department, for duty as Deputy and Assistant Chief of Naval Research. In April 1963 he was ordered to duty as Commanding Officer and Director of the David W. Taylor Model Basin, Carderock, Maryland.