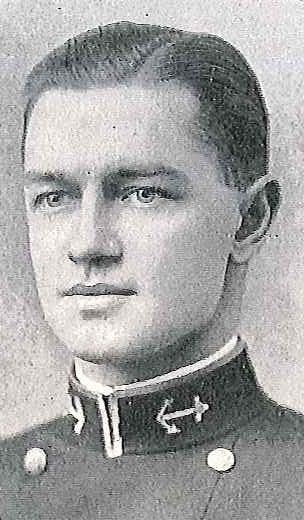 William Henry Ashford, Jr., a native of Georgia, is the son of William Henry and the late Hallie Quillian Ashford. He was graduated from Athens (Georgia) High School in 1921 and attended the University of Georgia at Athens for two years, majoring in economics. He left the University to accept an appointment to the U.S. Naval Academy and entered the Class of 1927 on July 9. 1923. As a Midshipman he was a member of the Wrestling Team, along with brother George, who entered the Academy two year later. He was graduated and commissioned Ensign on June 2, 1927, and through subsequent promotions attained the rank of Captain, his date of rank March 30, 1945. On June 1, 1956, he was transferred to the Retired List of the US Navy, and was advanced to the rank of Rear Admiral on the basis of a combat award.

As an Ensign, he served aboard the battleship West Virginia for two years. During that time was awarded the Silver Life Saving Medal by the US Treasury Department for rescuing a fellow officer from drowning while the ship was at Honolulu, T.H.

In 1929 he was ordered to the Naval Air Station at Pensacola, Florida, for flight training. After being designated a Naval Aviator on February 4, 1930, he was assigned to USS Texas, flagship of the US Pacific Fleet, as pilot in an observation squadron. He was later transferred to similar duty in USS Northampton, where he served until June 9, 1932.

During the next two years he had duty in Patrol Squadron THREE based in the Canal Zone. From there, he returned to carrier duty with the Fleet, serving in turn around USS Ranger and USS Lexington in dive bombing squadrons.

After another tour of duty in a Patrol Squadron (VP 11) based on USS Langley which had been converted to a tender, he returned to shore duty at the Naval Air Station, Pensacola, Florida, where he served as aide to the Commandant, then Captain (later Fleet Admiral) William F. Halsey, Jr. He remained with Admiral Halsey as Aide and Flag Lieutenant while he commanded Carrier Division One (USS Saratoga, flagship); Carrier Division Two (USS Yorktown); when he was Commander Carriers Pacific (USS Enterprise, flagship); and later Commander Task Force 16 which participated in many actions during the first part of the war. They included Pearl Harbor, Wake and Marcus Island, Gilbert Islands, Tokyo raids and Guadalcanal.

When Admiral Halsey assumed command of the South Pacific Force and South Pacific Area, he was assigned as Air Operations Officer on that staff. In this assignment he saw action at Guadalcanal and New Georgia, and gained experience in joint and combined operations.

Upon his return to the United States late in 1943, commanded a fighter base in the Operational Training Command at Green Cove Springs, Florida. After a year there he assumed command of USS Sable, a carrier engaged in qualifying pilots for operations with the fleet. He was next ordered to command the escort carrier Copahee in the Pacific. The years 1946-1949 were spent at the Naval War College, first as a student, and the last two year as a member of the Staff.

Leaving the War College in May 1946, he commanded the Atlantic Wing of the Fleet Logistics Support Wings Command (Headquarters at the Naval Air Station, Patuxent River, Maryland) , when the Atlantic and Pacific Wings were consolidated into the Fleet Logistics Wing, he was made its Commander and carried out the reorganization. In July 1951 he reported to the Office of the Chief of Naval Operations, and was assigned duty as Head of the Long Range Planning Branch, under the Deputy CNO for Air. He later served successively as Head of the Air Weapons System’s Analysis Staff and the Office of Progress Review.

He assumed command of USS Midway on January 19, 1954. Under his command, that aircraft carrier operated with the SIXTH Fleet, participating in NATO Exercises. During the period October to December 1954 he was Chief of Staff to Commander Carrier Division FOUR, and for three months thereafter he was attached to the Bureau of Naval Personnel. In March 1955 he reported for duty as Chief of Staff to Commander Joint Task Force SEVEN, a tri-service task force whose mission was the conduct of experiments of thermonuclear weapons in the Pacific Proving Grounds. He became Executive Director of Field Activities in the Bureau of Aeronautics, Navy Department, where he continued to serve until relieved of all active duty pending his retirement, effective June 1, 1956.

Silver Star Medal: :For conspicuous gallantry and intrepidity while serving on the staff of the Task Force Commander during a series of highly successful offensive missions including the attacks on the Marshall and Gilbert Islands, the raids on Wake and Marcus Islands, the Battle of Midway and similar operations in the central Pacific, covering a  period from December 6, 1941 to May 23, 1942…The Task Force to which Lieutenant Commander Ashford was attached repeatedly steamed for protracted periods in enemy waters and in close proximity to enemy territory and bases. Largely due to his sill and determination under fire, only minor damage was suffered from attacking heavy bombers in the Marshall Islands engagement…(and) he contributed materially to the marked success of the other actions..”

Letter of Commendation: “For meritorious service as Senior Assistant Plans and Operations Officer for Aviation on the staff of Commander South pacific Area and South Pacific Force from 23 October to 6 August 1943. He rendered invaluable assistance in planning complex operations against the enemy over a wide area during the days of the final capture of Guadalcanal and the seizure and occupation of Munda, New Georgia…”

Presidential Unit Citation – USS Enterprise: “For consistently outstanding performance and distinguished achievement during separated action against enemy Japanese forces in the Pacific war area, December 7, 1941 to November 15, 1942. Participating in nearly every major carrier engagement in the first year of the war, the Enterprise and he Air Group…did sink or damage, on her own, a total of 35 Japanese vessels and shoot down a total of 185 Japanese aircraft. Her aggressive spirit and superb combat efficiency are fitting tribute to the officers and men who so gallantly established her as a solid bulwark in defense of the American Nation.