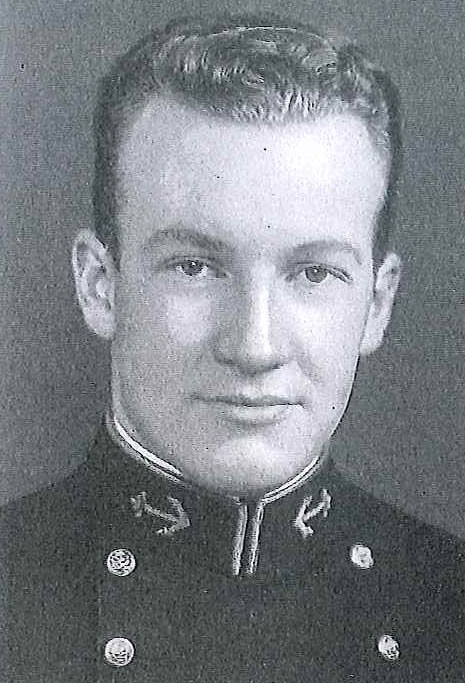 Lieutenant Eversole was born in Pocatello, Idaho, April 17, 1915. Before his appointment to the U.S Naval Academy from Idaho in 1934, he attended the University of Idaho, Southern Branch. Graduated and commissioned Ensign on June 2, 1938, he was promoted to Lieutenant, junior grade, to date from June 2, 1941.

His first assignment to duty was in USS Cincinnati, in which he served from June, 1938 to September, 1939. He then had duty in connection with fitting out USS Crowninshield, destroyer, and served aboard for one year from her commissioning, September 1940 to April 1941 at the Naval Air Station, Pensacola, and Miami, Florida, and with the Fleet Detachment, San Diego, California. He then had orders to USS Enterprise for duty with Torpedo Squadron 6 aboard that carrier. He was presumed dead on June 5, 1943, a year and a day after being officially reported missing, in accordance with the law, when the plane he was piloting was shot down over the Pacific. The Naval Cross was awarded him “For extraordinary heroism and courageous devotion to duty while piloting an airplane of Torpedo Squadron SIX in action against Japanese forces in the Battle of Midway on June 4, 1942…. The unprecedented conditions under which his squadron launched its occasion will ever recur where other pilots of the service will be called upon to demonstrate an equal degree of gallantry and fortitude…”

A destroyer escort, DE-404, was named in his honor, but was sunk in Leyte Gulf by Japanese torpedoes on October 28, 1944. The new USS Eversole, destroyer (DD-789) was launched at Todd Pacific Shipyards, Inc., Seattle, Washington, sponsored by the mother of Lieutenant Eversole, Mrs. Sarah R. Eversole and was commissioned in the United States on May 10, 1946.