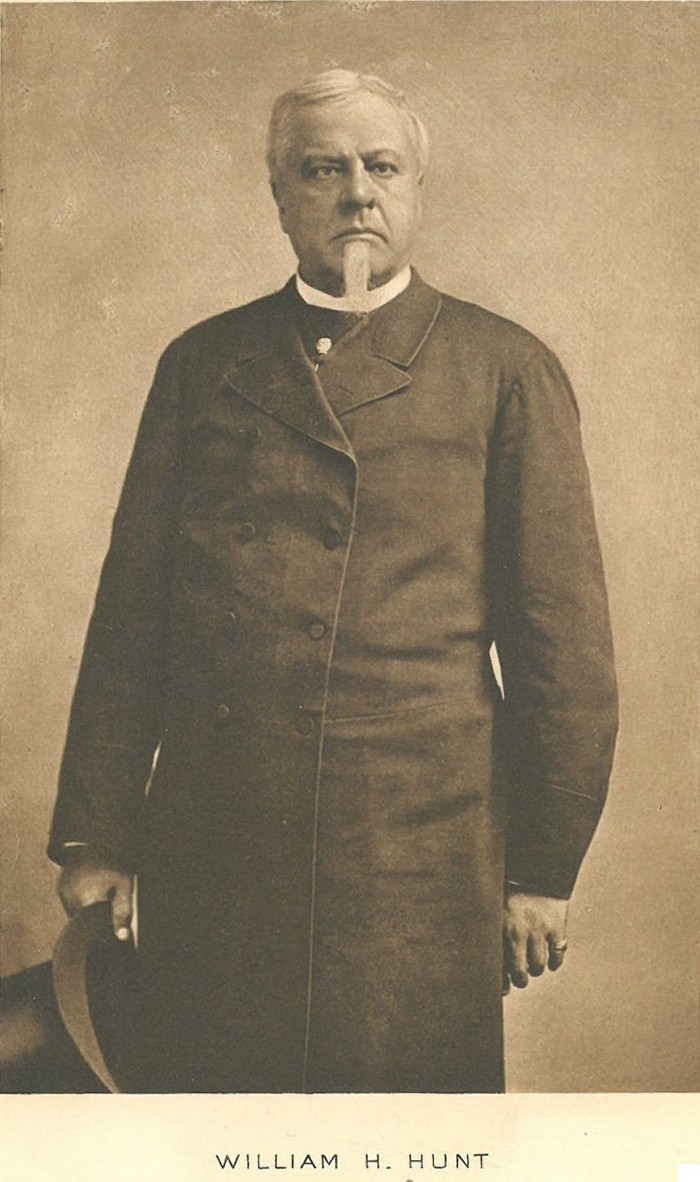 William Henry Hunt, was born at Charleston, S.C. on June 12, 1823. His father Thomas Hunt died in 1832, leaving the family in straitened circumstances. The mother with her seven children was sent to New Haven, Connecticut so that she could complete the education of her children. William with his brother entered the Hopkins Grammar School, a preparatory school for Yale. In 1839 the family went to New Orleans to make their permanent home. William remained in New Haven to enter Yale College. In the early part of his junior year poverty forced him to abandon the academic course. After a few months, he entered Yale law school, hoping to facilitate his admission to the bar, but he was again obliged to cut short his studies and join his family in New Orleans. There his brothers were prominent young attorneys and they gave him an opportunity to study law and in 1844, he was admitted to the Louisiana bar and successful practiced law in New Orleans until 1878. He was appointed associate judge of the United States Court of Claims, 15 May 1878, and held the position until appointed Secretary of the Navy by President Garfield on 5 March 1881. Here his most notable service was the appointment of the first naval advisory board which began the work of building the new American navy. He was appointed United States Minister to Russia by President Arthur on 7 April 1882. After he reached Russia, his health, which had not been good since 1878, took a turn for the worse, and he died 27 February 1884. His body was brought to the United States the following March and his funeral took place in St. John's Episcopal Church, Washington, DC on 8 April. He was buried in Oak Hill Cemetery, Washington.