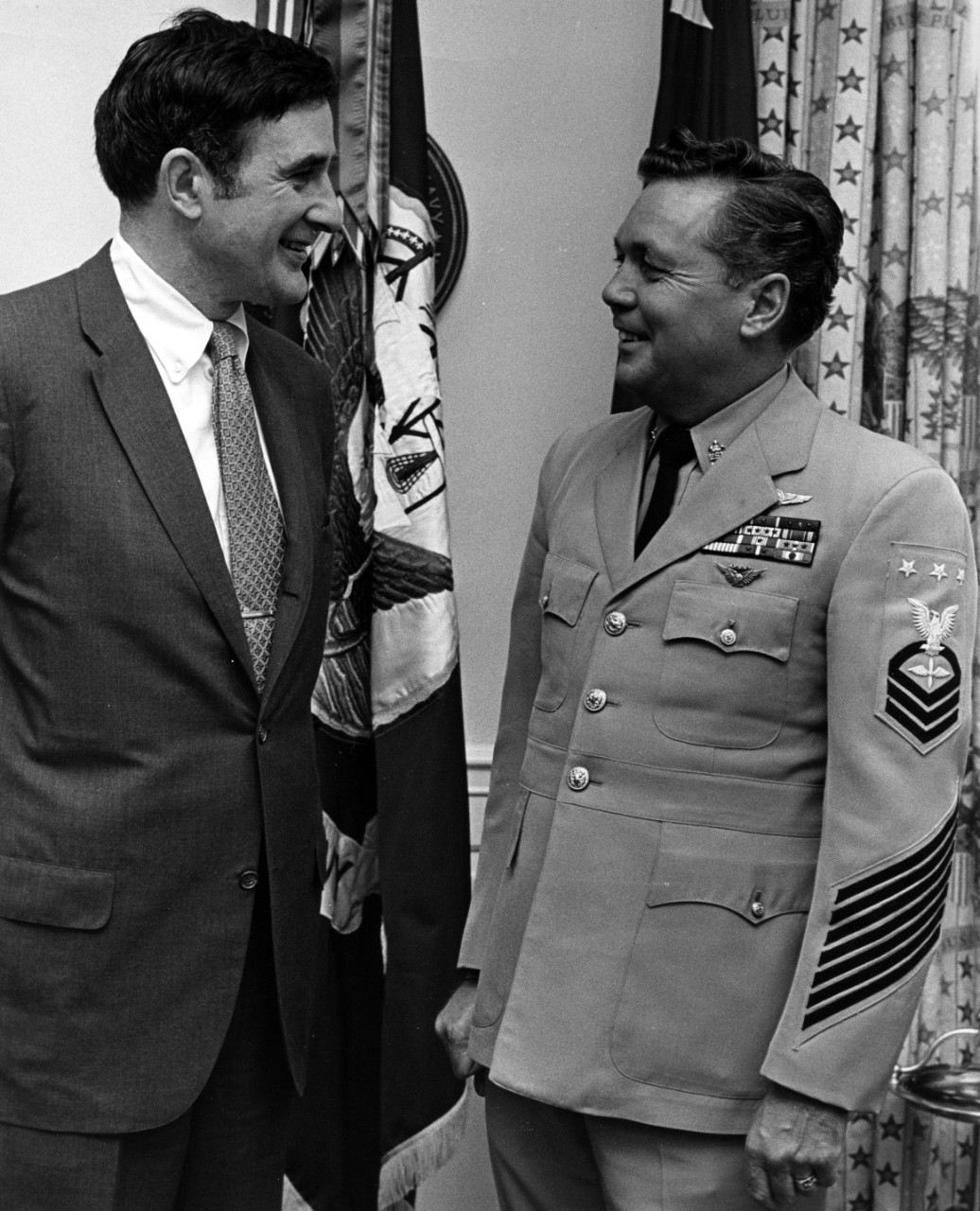 John Hubbard Chafee was born in Providence, Rhode Island, on 22 October 1922, and was a graduate of Deerfield Academy, Deerfield, Massachusetts. Following graduation from Yale University in 1947, he entered Harvard Law School and graduated in 1950.

His education was interrupted by his enlistment at the age of 19 in the US Marine Corps as a Private in February 1942. The following August he was in combat with the original invasion forces on Guadalcanal. Ordered to the United States in November 1943, he entered Officer Candidate School and was commissioned a Second Lieutenant, US Marine Corps Reserve, in June of 1944.

Lieutenant Chafee departed for Guam in January 1945 and served with the Sixth Marine Division in the Battle for Okinawa in April 1945. Four months later he was ordered to Tsing Tao, China, where he served until his release from active duty in December 1945.

With the outbreak of the Korean War, he was recalled to active duty in March 1951 as a Captain and served as a Rifle Company Commander with the First Marine Division in Korea. Following his tour of duty in Korea, he served in the Marine Corps Legal Office at Pearl Harbor, Hawaii, until his release from active duty in June of 1953. His active service with the Marine Corps totaled nearly six years during two wars.

After returning to Rhode Island, he commenced the practice of law in Providence and also became active in both civic and political affairs. In 1956 he was elected to the Rhode Island General Assembly as a member of the House of Representatives from the Third District and, following re-election in 1958 and 1960, he became the Republican candidate for Governor of Rhode Island in 1962. He was elected to that office, and served three terms as Governor, being re-elected in both 1964 and 1966.

He had received honorary degrees from Brown University, Providence College, the University of Rhode Island, Jacksonville University and Barrington College. He was on the Committee to Visit the John Fitzgerald Kennedy School of Government at Harvard University and a Trustee of Deerfield Academy.