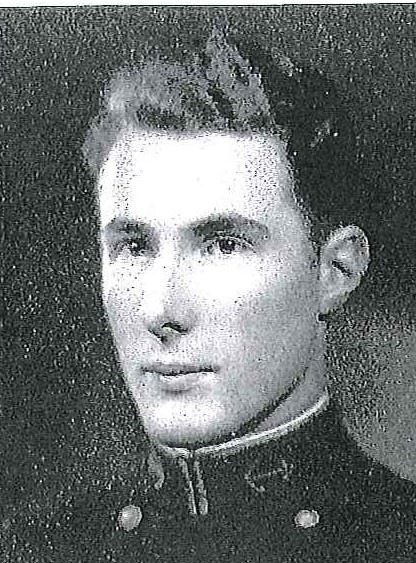 Henry Clay DeLong was born in Bath, Maine, on November 2, 1910, son of Harold W. and Victoria (Hennessy) DeLong. He attended Morse High School in Bath, before entering the US Naval Academy, Annapolis, Maryland, on appointment from his native state in 1928. As a Midshipman, he was a member of the Crew for three years. Graduated and commissioned Ensign on June 2, 1932, he subsequently advanced in rank, attaining that of Captain, to date from July 1, 1953.

Upon graduation from the Naval Academy in June 1932, he joined USS Oklahoma and was on board that battleship as a junior officer until June 1934, when he assumed duty as Aircraft Gunnery Observer with Observation Squadron ONE-B, aviation unit of that vessel. Detached from the Oklahoma in June 1936, he next had flight training at the Naval Air Station, Pensacola, Florida. Designated Naval Aviator on July 6, 1937, he joined Cruiser Scouting Squadron EIGHT, operating from USS Philadelphia. He served as Squadron Gunnery Officer and Senior Aviator until August 1941, after which he was Chief Flight Instructor and Engineer of training squadron VN12D6 at the Naval Air Station, Jacksonville, Florida. Between May and August 1942 he continued duty at the Jacksonville Naval Air Station as Production Control Officer in the Assembly and Repair Department.

A student at the Armed Forces Staff College, Norfolk, Virginia, from August 1947 until January 1948, he next had duty as Head of the Logistic Programs (Air) Section, Logistics Plans Division, Office of the Chief of Naval Operations, Navy Department, Washington, DC. In May 1950 he reported as Executive Officer of USS Coral Sea and in October of that year was detached for duty on the staff of Commander Fleet Air Wing, Pacific. In October 1951 he transferred to the staff of Commander Fleet Air, Japan and served as Chief of Staff and Aide until August 1954, when he assumed command of the Naval Air Technical Center, Jacksonville, Florida.

After briefing and language instruction in the Office of the Chief of Naval Operations, Navy Department, (October-December 1956), he reported as Sub Chief of the United States Mission to Brazil with headquarters in Rio de Janeiro. In February 1959 he became Commanding Officer of the Naval Air Station, Pensacola, Florida, and under orders of July 21, 1961, later joined the Staff of Commander Western Sea Frontier.